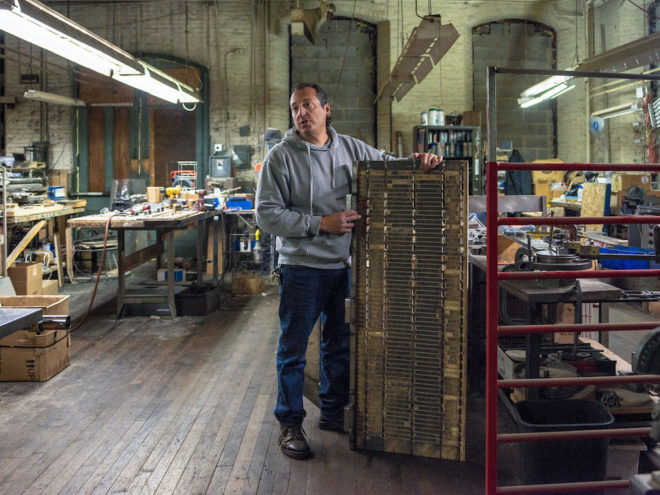 Operating a second and fourth generation business has its challenges, but the owners of World Manufacturing in Kensington are still going strong despite strong competition both locally and overseas.

When Joe Sisti (second generation) and his partner Bruce Solomon (4th generation) relocated World Manufacturing from A and Somerset Streets to 3000 C. Street in 1991, the partners were determined keep their existing staff and to and hire as many local workers from the neighborhood as possible. This was just a few short years after the previous property owner, Rose Mills, closed up shop taking away numerous neighborhood jobs.

To their credit, Sisti and Solomon’s workforce is nearly 100% from Kensington. Offering good paying jobs, their loyal employees are highly skilled in their trades–from welders and machinists to staff working on packing, shipping, and distribution.

World Manufacturing produces a wide variety of metal products for both local and national customers, including Dietz and Watson, Black and Decker, Shoprite, airports, hospitals, newspapers, and retailers. The company makes everything from point-of-purchase displays,   luggage carts, custom-made hospital racks for medical staff charts, newspaper boxes, and magazine racks. Another segment of their work is pure wire and steel fabrication.

Most products start with giant coils of wire, nearly entirely sourced in Philadelphia. Cheaper wire from Asia is always an option, with lower prices and relatively fast delivery. 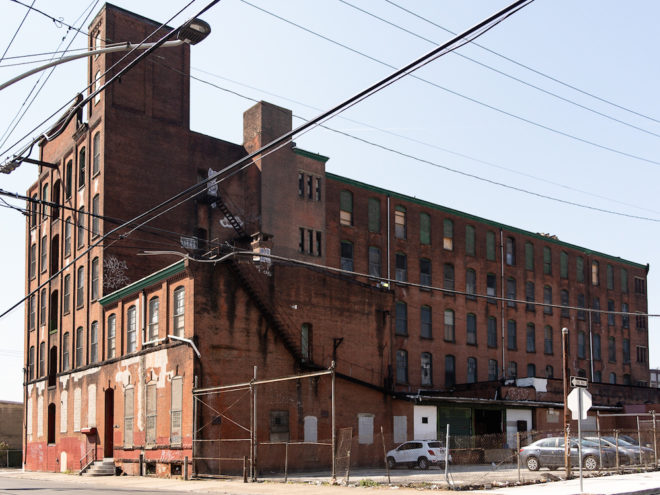 Sisti explains that the newer cargo ships offer advanced cargo capacity of 19,000 shipping containers and can travel from port to port in as little as 11 days, resulting in lower prices for raw materials. However, the partners opt to keep their local business relationships intact and deal almost exclusively with a local supplier. They pay extra, but know that they are also supporting other local businesses.

Overseas competition can also be a factor when a potential customers order finished wire products from less expensive manufactures, saving a few pennies or dollars in bulk orders. However, World Manufacturing maintains strong ties with many existing customers, who gladly order “Made in the USA” goods and who refer almost all of the company’s new clients.

When they originally set up shop, Sisti and Solomon were surprised to find vintage yarn mill equipment that was adaptable for their own fabrication use, surprising given the age of the 100-year-old machinery. The five-story brick textile mill was originally called Endurance Mills. It was built in 1894 for John G. Carruth and Company. In the 1940s, Rose Mills took over the industrial complex making speciality yarns for upholstery and apparel up until 1987.

Machinery and signage that could not be repurposed are still showcased for their authentic and nostalgic reference to the past. A vintage metal fire extinguisher, with a deep red patina, sits by an open window, its oversized spoked carriage wheels rusted with age.

Yellowed paper signs high up on the wall reminded the yarn mill workers about the importance of producing yard without defects, and the need for repeat orders to ensure their continued employment. A tan canvas vintage stretcher with wood handles in remarkably good shape was previously used to carry injured or sick workers down the wooden staircase. 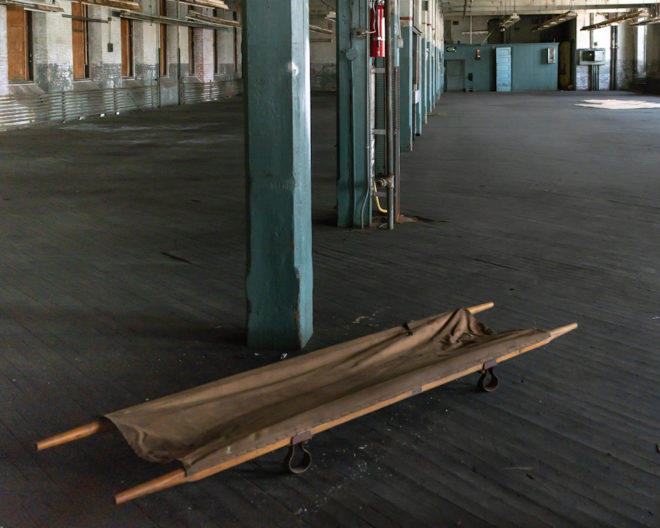 Remnants of the factory’s days as a textile mill can still be found lying about. This old canvas stretcher was used to carry injured workers down from the production floors to the infirmary. | Photo: Theresa Stigale

Black metal time card racks line the walls of every floor, nearly 100 empty slots per rack. They serve as a poignant and visceral reminder of the massive manufacturing scale of this and many other industrial buildings in Kensington from the turn of the 20th century when the neighborhood was the “Workshop of the World.”

Many of the older manufacturing equipment used for daily production is bought used at auctions and from other manufacturers going out of business.

Like other historic buildings of its ilk, there are bound to be a few ghost stories. Like the time Sisti was alone on the 5th floor and felt the hairs stand up on his neck. Turning around, he saw a man he did not recognize wearing a white button down shirt and dark trousers that looked like they were right out of the 1920s. Thinking the man just found his way into the factory from the street, Sisti began to ask him a question when the man disappeared by walking directly into the brick wall. Running downstairs to his employees, Sisti asked if anyone else had seen the man, but no one had. It was only a short time later that they discovered the same exact clothing in a forgotten basement boiler room locker. Perhaps it really was an employee from a century ago, still keeping an eye on his building. If so, he would be happy to see that the current owners are proud caretakers of a classic Kensington factory, and trusted local employees are keeping the manufacturing traditions of years gone by alive and well. 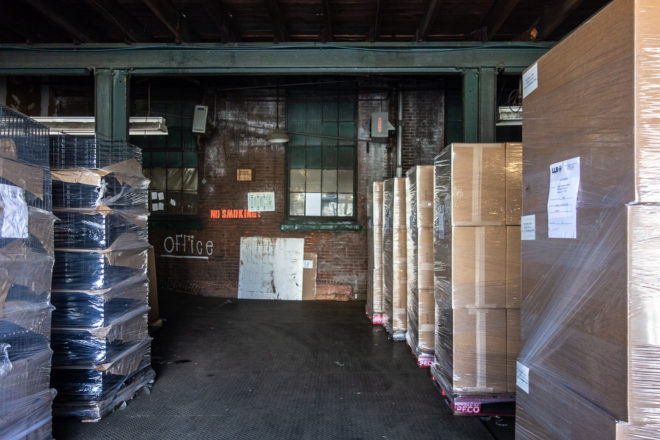 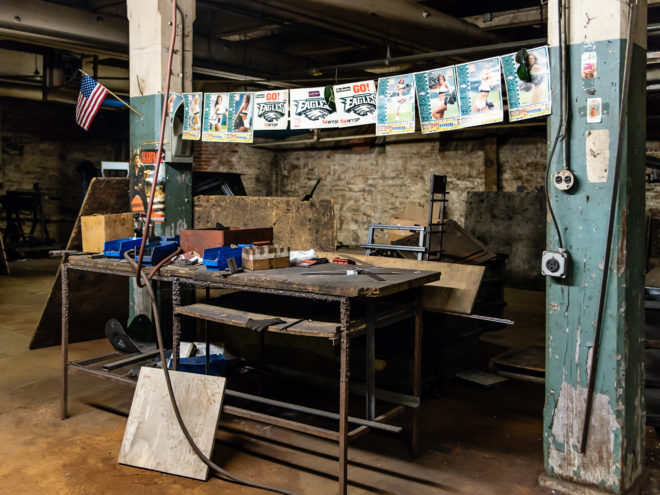 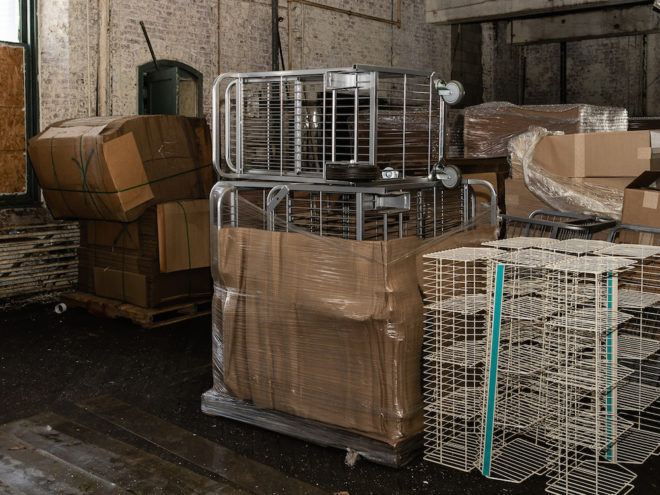 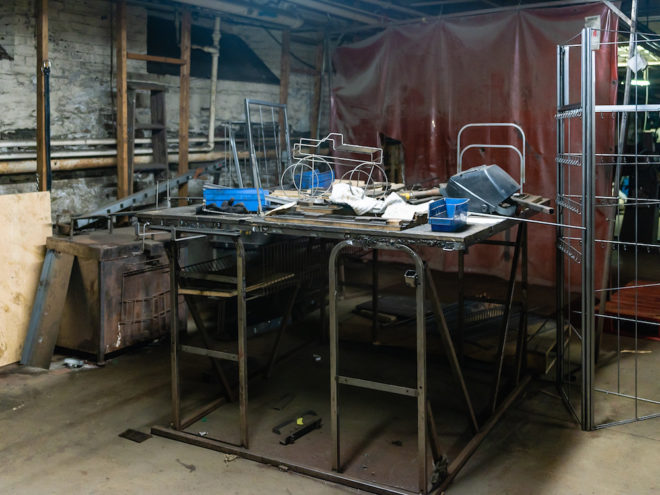 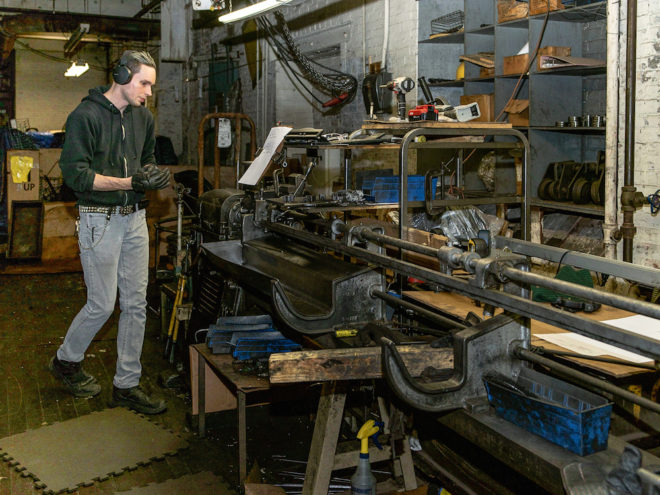 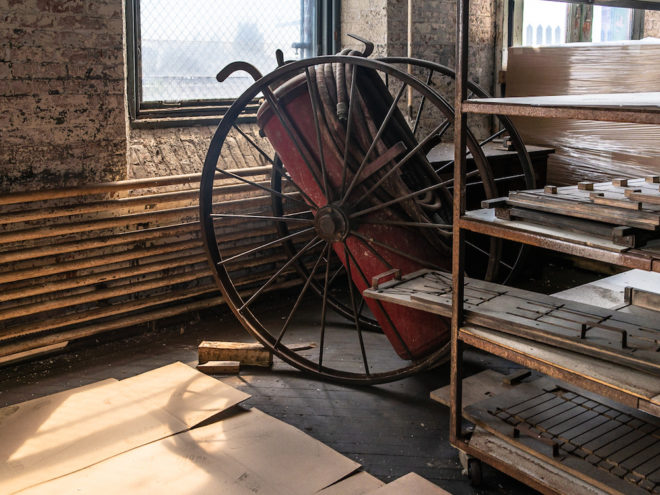 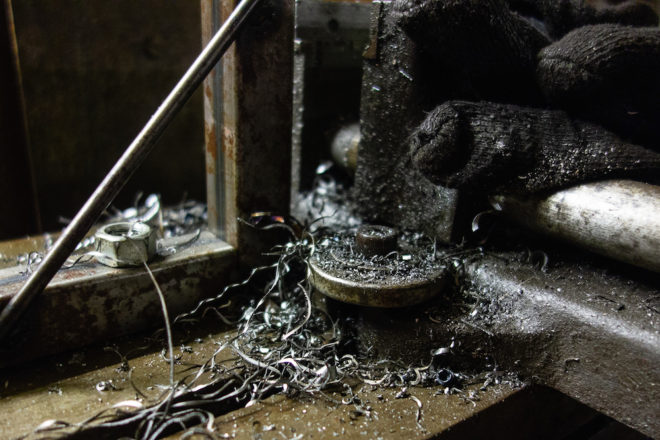 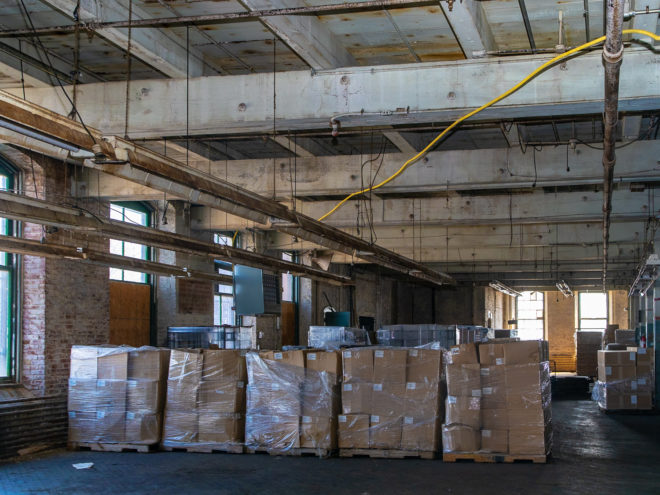 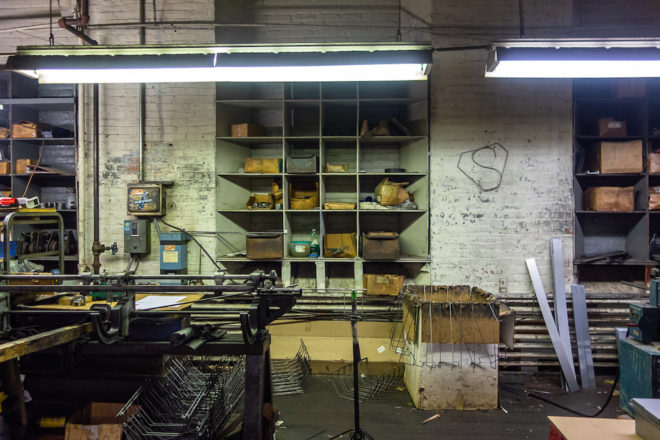 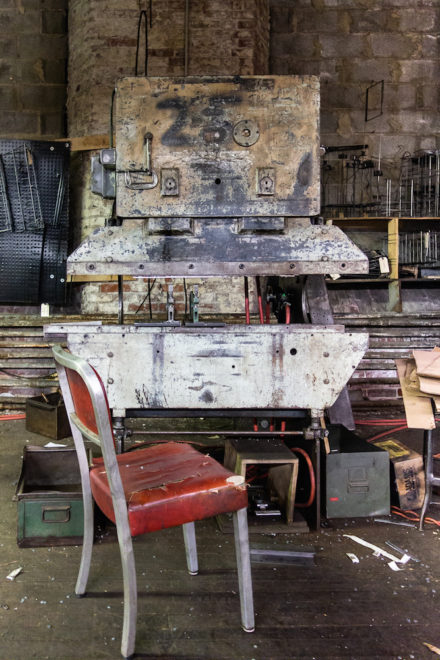 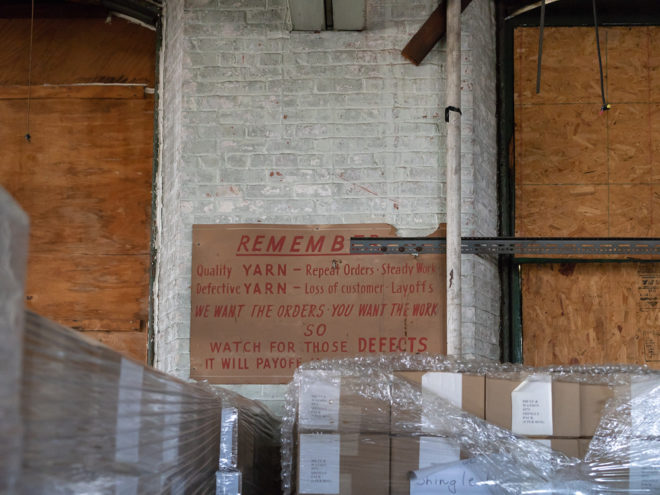 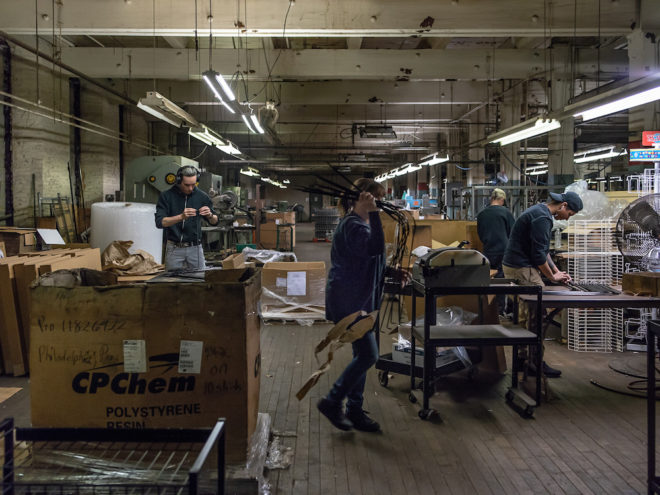 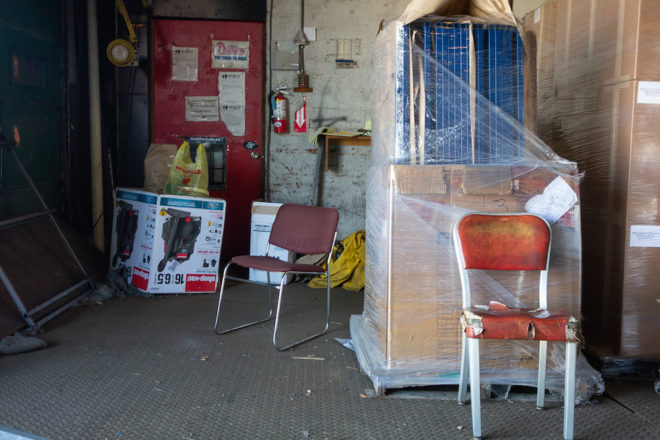 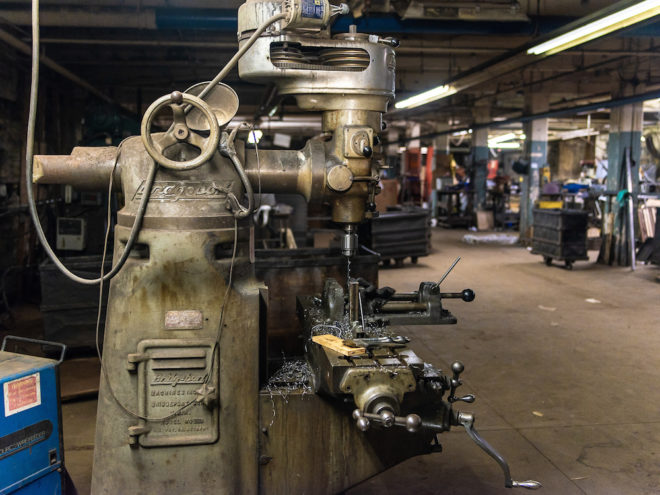 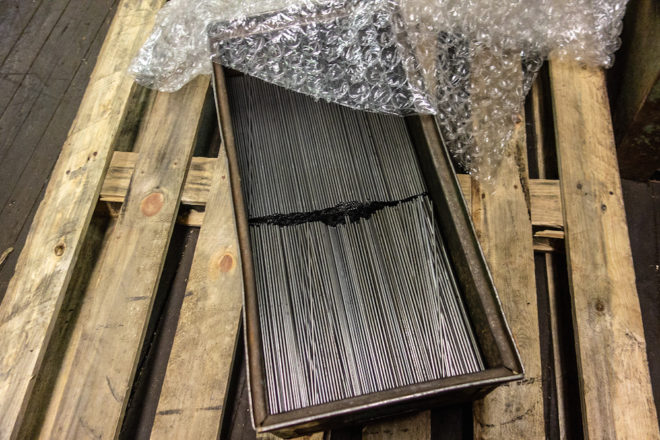 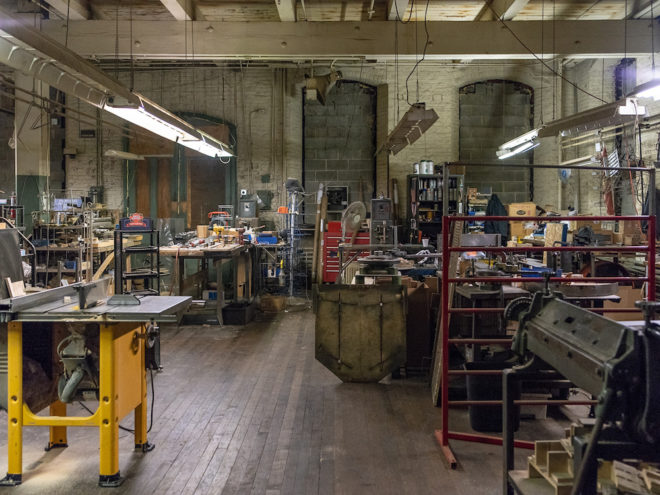