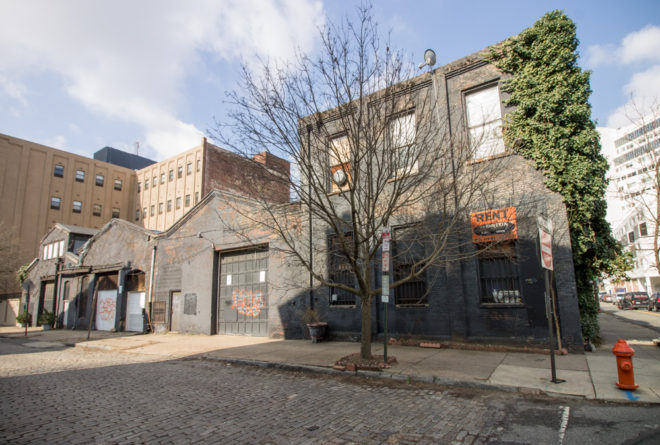 The pattern loft, fitting-up shop, and cleaning shed are all that remain of Creswell Iron Works at 23rd and Cherry Streets. After a failed conversion of the buildings into apartments due to the 2007 recession, the buildings will now be demolished for new construction. | Photo: Michael Bixler

Creswell Iron Works at 23rd and Cherry Streets is one of the last industrial relics left in Logan Square. Today a demolition notice hangs on one of the buildings’ front doors. Submerged in an overgrown thicket of English ivy, the woolly property is hard to miss and has long been a haven for art studios and other creative endeavors. The history of the site is revealed in detail along a small cut of Cherry Street covered in granite Belgian block. The little thoroughfare, listed on the local register as part of the Philadelphia Historic Street Paving Thematic District, frames the remaining pattern loft, fitting-up shop, and cleaning shed in a flinty grey hue. If the Department of License and Inspections approves the permit, the owner of the historic iron works can begin work on demolishing the building starting April 25.

S.J. Creswell Iron Works was founded in 1835 and specialized in architectural iron products, specifically columns, lintels, brackets, girders, and stairways. The company also made castings for wood and iron bridges. Manhole covers with vault lighting made by the company can still be spotted in Center City as can others bearing the Creswell name. After stints at different locations on Race Street the company settled in at 113-27 North 23rd Street, the former site of a tannery and machine shop, in 1885. At peak production the entire iron works complex employed over 85 workers and spanned 23rd Street down to Race Street. 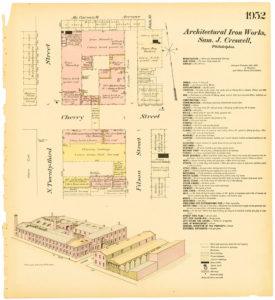 Layout of Creswell Iron Works from Hexamer General Surveys, 1885. | Image courtesy of the Map Collection at Free Library of Philadelphia

The site included a foundry with two cupola furnaces, a block of brick worker houses, and a casting shed. All have been lost to time and neighborhood development. The remnants on Cherry Street and traces of the old machine shop a few step to north that sit next to a parking lot where the casting shed used to be are all that is left. Samuel Bernstein, a mechanical engineer and Jewish immigrant from Russia, purchased the company and properties in 1952. Samuel died in 1957 and his son Herbert took over operations. Creswell Iron Works continued to operate in Logan Square until 1969, when the business was moved to Comly Street in Wissinoming. The company ceased operation in 1985 after 150 years of business. Herbert, who passed away in 1994, was an aficionado of climbing vines and planted the building’s overgrown beard of English ivy from small cuttings in the 1960s.

Following the company’s departure, a handful of connected properties were demolished and the little stretch of buildings on Cherry Street were used for commercial space and the architecture office of Herbert’s brother, Edward, who is the current owner of the property. Robert, Herbert’s son, wrote an engrossing, detailed account of his family’s connection to the property in 2013 on the website, Practical Machinist. Along with being a magnet for artists and creative types, parts of the iron works has been used for a recording studio, a speakeasy, band practice space, a car detailing shop, overnight food truck parking, and storage. For 24 years the building was also home to Philadelphia Jiu-Jitsu, a beloved mixed martial arts club established in 1990. According Laura Melchiorre, one of the property’s tenants, the place also has a long tradition of being a dependable safe haven for eccentrics to fall back on when they’ve needed a place to stay. 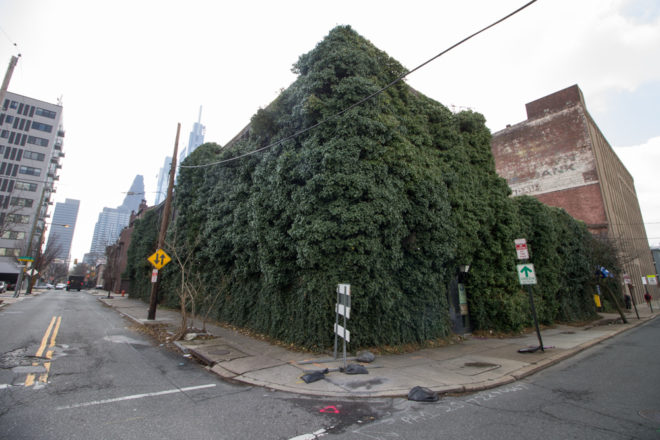 The building’s former owner, Samuel Bernstein, had a fondness for English ivy. If he could only see the building now. | Photo: Michael Bixler

In the early 2000s, Edward Bernstein began looking for investors to fund converting the iron works into luxury apartments. One attractive model unit is still intact, showing the potential for such renovations and the owner’s intentions to reuse the remaining properties. Yet, when the housing bubble burst in 2007 and the market crashed into a three-year recession, Bernstein’s plans for the building were dashed. Hanging on the exterior of the building one can still see a flag bearing the logo and name of the cursed venture, Cherry Street West.

The old iron works site is listed with a current market value of $2,772,000, however the value, and pressure to sell the property, has likely increased now that construction across the street has begun on River Walk, PMC Property Group’s twin residential tower project. Once the demolition permit is approved, plans for the parcel include 16 residential units and a parking garage. According to Melchiorre, the owner planned to close on the sale of the property on April 11. The owner could not be reached for comment by the time of this story’s publication. 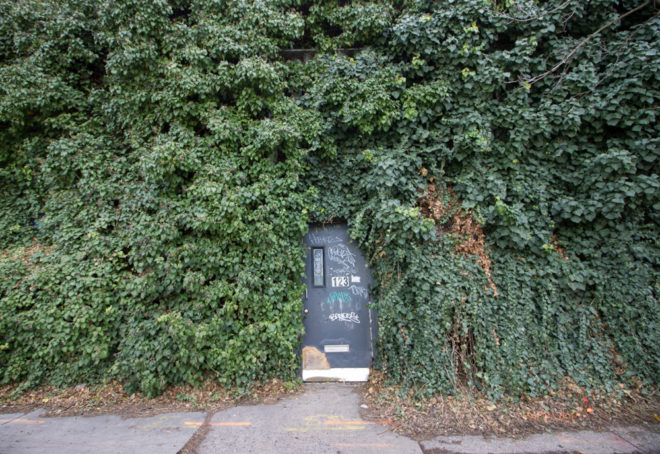 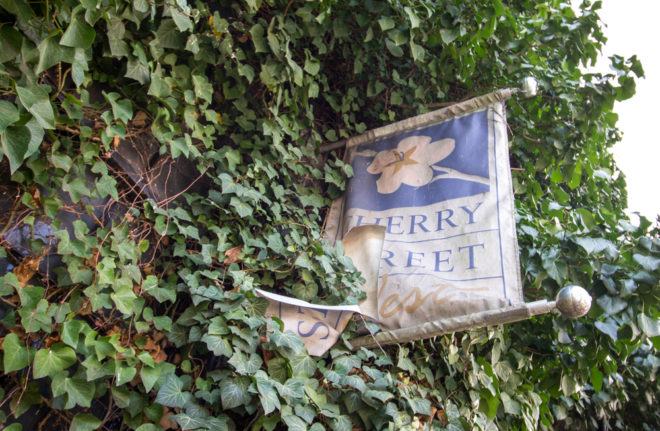 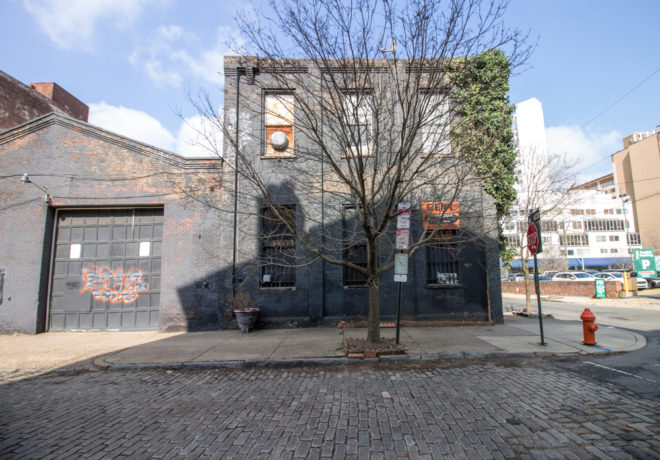 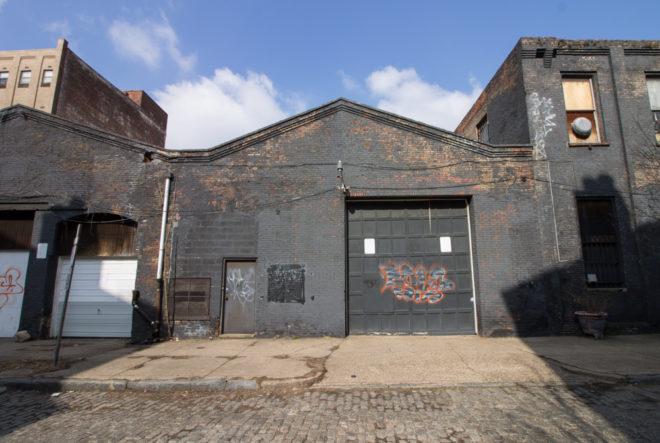 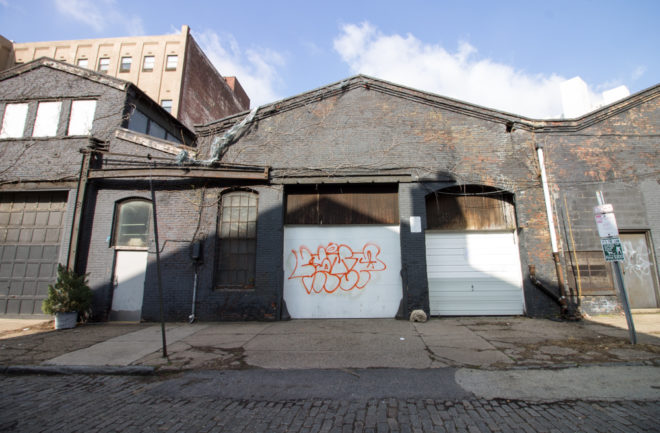 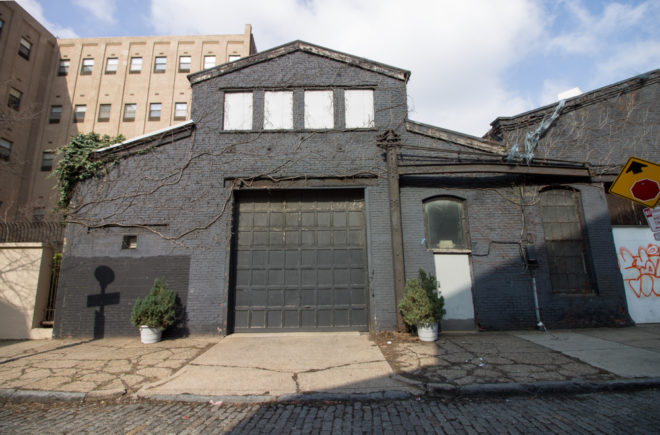 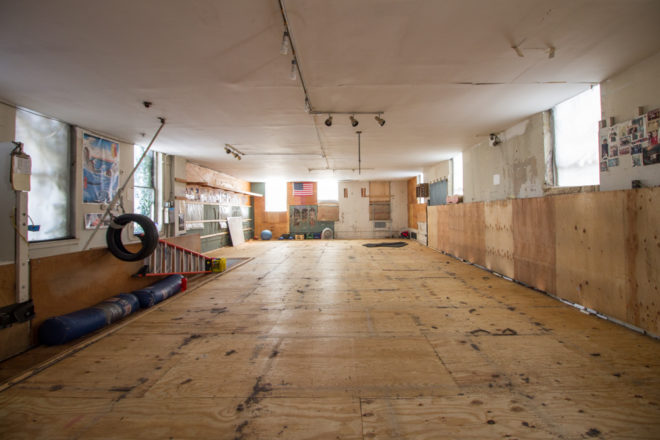 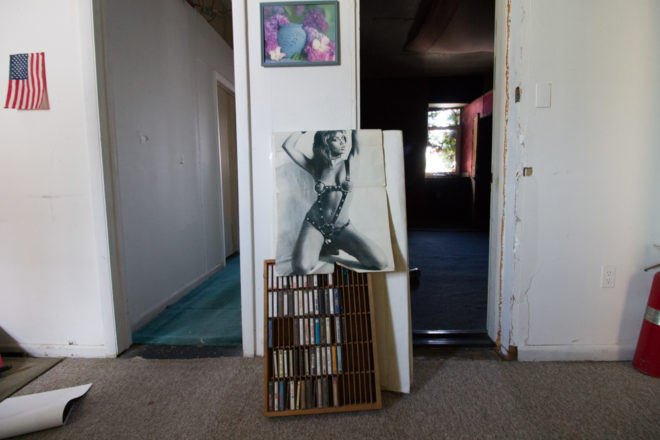 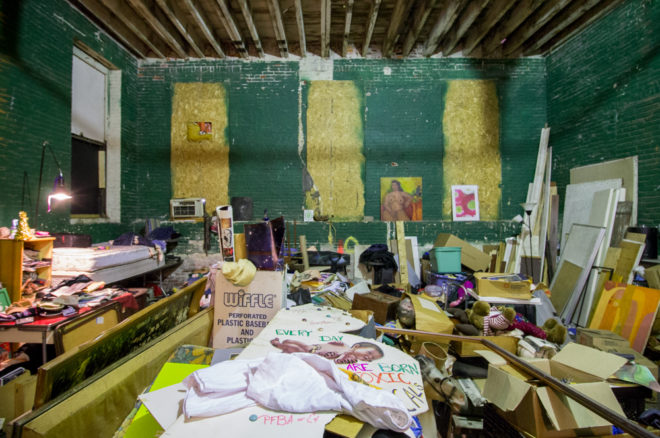 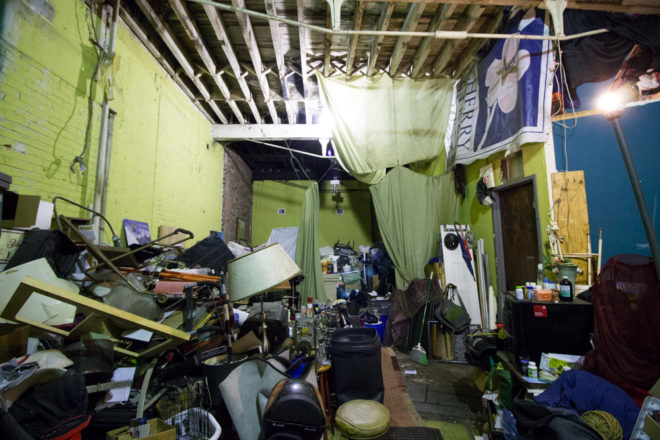 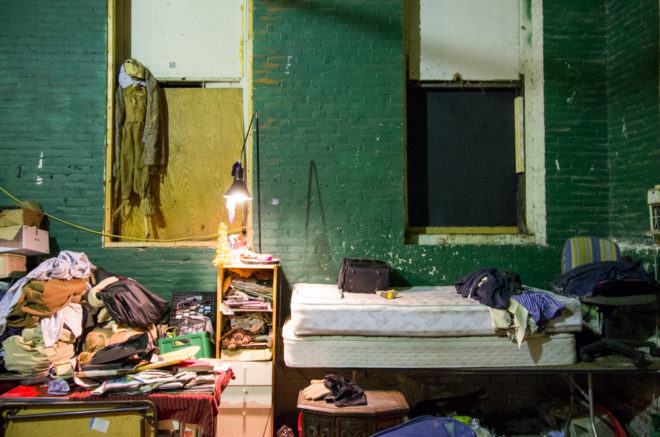