Over the past two weeks, three historic properties have been abruptly removed without public hearings from the Philadelphia Register of Historic Places: a twin row house at 4054 Chestnut Street built in the 1870s, the Italian Renaissance-style Protestant Episcopal Italian Mission & Church of L’Emmanuello at 1020 Christian Street, built in 1891 and known today as Christian Street Baptist Church, and the Robinson’s Store building at 1028 Market, an 1880s commercial building adapted in the 1940s with a distinctive S-shaped Modernist mosaic façade designed by architect Victor Gruen, pioneer designer of the American shopping mall. These three cases, all of which legally undermine the historic designation process, represent a new pattern of internal protection reversals by the Philadelphia Historical Commission and other coordinating City agencies. 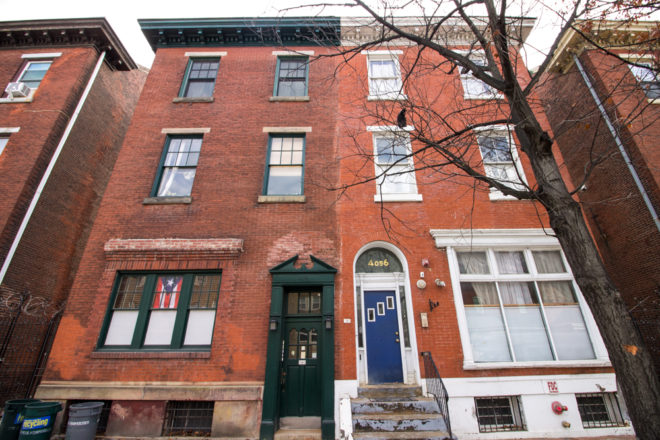 A nomination for the row house at 4054 Chestnut Street was submitted in 2016 along with four other properties—two sets of three-story Italianate red-brick twins designed by Thomas Powers in the 1870s—on the same block at 4046-48 and 4050-4052. The properties were already listed on the National Register of Historic Places. Nominations for the local register—which, unlike National Register designation, does provide legal protection against demolition—were swiftly drafted by historians after identical properties on the block were demolished. Upon hearing that the buildings were pending nomination, the property owners of 4046-48 rushed to submit an application for demolition. The matter was taken to court. The ruling held that the Philadelphia code considers a building protected from demolition if a site is nominated for designation before a demolition permit is issued, meaning the nomination does not have to have been submitted before the application for a demolition permit, as it is often assumed and interpreted by the Historical Commission. Although the nomination was found to be valid, the Historical Commission voted that the properties met all the legal criteria, but then refused to hold a vote on the designation of the two homes. After waiting several months for a vote from the Historical Commission, the court reasoned that by refusing to vote, the Historical Commission had in fact made a decision and allowed the demolition to move forward.

The designation of 4054 Chestnut Street was also met with resistance by the building’s owner, who appealed the designation with the Philadelphia Court of Common Pleas in February of 2016 and asked the Historical Commission to rescind the nomination. After the Commission refused to rescind, the owner then dropped the appeal of the designation and filed a second appeal against the Historical Commission for refusing to rescind the designation. After the parties briefed the matter to the court, the judge ruled in favor of the landowner. On November 16, 2017, the property was officially delisted from the local register. Judge Daniel J. Anders provided no written record for the reasoning behind the decision. 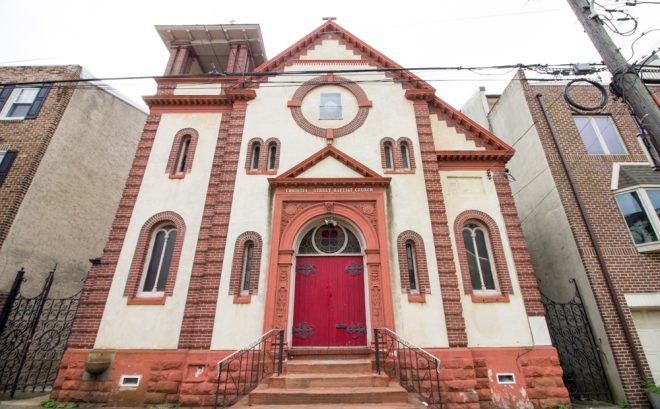 The back-and-forth that played out over the Christian Street Baptist Church is enough to give anyone paying attention whiplash. The small church, located at 1024 Christian Street, was initially targeted for demolition by developer and owner of OCF Reality Ori Feibush earlier this year. After being nominated to the local register by historic preservation activist Oscar Beisert, the property enjoyed brief legal protection. The Historical Commission voted 5-4 in favor of placing the church on the local register on November 10 during the longest designation meeting yet held by the Commission. By Monday, November 20, a tipster led Feibush to discover that the Commission’s voting procedure may have been invalid. According to the Historical Commission’s Rules and Regulations, a majority of all members present—including any abstaining—must be reached in order to adopt a motion. By this interpretation, the 5-4 vote that clenched the nomination would have needed to be 6-3 to make up for the two abstentions. 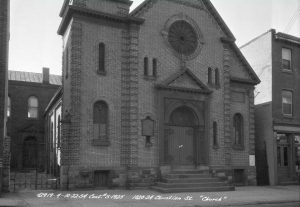 Rather than reconvene and vote again on the matter in a public forum, the Historical Commission notified the affiliated parties that the City Law Department had been consulted and determined that the designation was indeed invalid. A demolition notice was promptly posted on the building two days later.

An attorney familiar with preservation law confirmed for Hidden City Daily that there are multiple avenues through which to challenge this unusual backtracking by the Historical Commission. Following the announcement f the designation reversal, the Preservation Alliance for Greater Philadelphia issued a letter to the Historical Commission outlining legal complications with the delisting. The letter points out that at the time of the vote, the commission members present, as well as the public, were unaware of the new interpretation of the rules. Pennsylvania law finds that abstention from a vote based on potential conflicts of interest constitutes a recusal, in which case any commissioners who have recused themselves do not count towards the vote. It is unclear at this time whether the two abstentions were in fact abstentions or recusals. The letter also brings up the point that the commission members only voted on two of the three criteria outlined in the nomination, which means the property remains under the jurisdiction of the Historical Commission until it is fully considered. The letter also addresses the fact that the Historical Commission did not issue its recindence of the designation in a public meeting which violates the Sunshine Act—meaning the designation should still stand until decided in an official public meeting.

In a statement to Hidden City Daily, Paul Chrystie, communications director for the Department of Planning & Development, said, “The Commission did not reverse its decision on Christian Street Baptist Church. After reviewing its Rules & Regulations, the Historical Commission corrected its initial misinterpretation of the vote. There was no need for a new vote because the motion, vote, and vote count were valid. The property was not designated by the Commission, and therefore there has been no reversal of such a designation, nor any reconsideration of a designation, nor any removal of a designated property from the Register.”

Robinson’s Store at 1020 Market Street was stripped of its historic status on Wednesday, November 22 after the Department of License and Inspections Review Board voted 5-0, without providing written or oral justification, to sustain an appeal filed by the property owners. The owners, Pennsylvania Real Estate Investment Trust (PREIT) and Macerich, are the same team redeveloping The Gallery at Market East and likely sought to delist the building in anticipation of future development at the site. The distinctive Modernist structure, clad in an S-shaped curtain of purple glass mosaic tiles, was placed on the register in July of 2016. Among those testifying on PREIT’s behalf was former lobbyist Frank DiCicco, creator of the 10-year tax abatement and chairman of the City’s Zoning Board of Adjustments.

In 2016, the City determined that historic designation appeals must be heard in the Court of Common Pleas, not by the L&I Review Board. The department then cancelled previously filed appeals of designations. In what appears to be a substantial departure from standard procedure, although PREIT’s appeal was correctly filed in the Court of Common Pleas, it was later transferred to the L&I Review Board, the same Board which the City Law Department had just determined could not legally hear designation appeals. The reason given by the City for the transfer was that the agency record of the designation meeting was “incomplete.” An attorney familiar with preservation law told Hidden City Daily that the claim appears to be stretching the interpretation of “incomplete.” However, even if the accuracy of the record is proven to be “incomplete” it would not be a legitimate basis for transferring the matter away from the Historical Commission–which is comprised of experts on architectural history and historic preservation—over to the L&I Review Board, which has no professional expertise or credentials in historic preservation.

It is unlikely that the L&I Review Board has actual jurisdiction. If the record was found to be “incomplete,” the law gives the court two options: they can either send the case back to the Historical Commission to explain how they arrived at their decision to designate the property, or the court can hear the case de novo and come to its own conclusions.

In a statement to Hidden City Daily, Paul Chrystie at the Department of Planning & Development said, “Both parties agreed to the referral to BLIR [Department of License and Inspections Review Board] rather than court in order to provide additional time during which they could try to reach an agreement on the building’s status.” 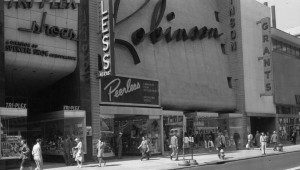 In a comment to Hidden City Daily, the Preservation Alliance for Greater Philadelphia stated,
“All three outcomes are discouraging, the appeals in particular, because they would seem to challenge the authority of the Historical Commission and its informed rulings. We have asked the City to appeal the L&I Review Board’s ruling on the Robinson building. A designation appeal before that board is atypical, and they are not the appropriate body to consider appeals of this type. As the National Trust asserted in a recent memo, which weighed the strengths and weaknesses of Philadelphia’s current preservation ordinance, the City’s appellate process invites serious reconsideration. The National Trust recommended a designated body of professionals and expert City representatives to rule on these matters, one with transparent guidelines and sensitivity to the essential charges of the Historical Commission.”

Despite Mayor Jim Kenney’s campaign promise to protect Philadelphia’s historic architectural character and sense of place, there appears to be a significant lack of coordination and effort between City agencies to achieve this goal. As members of the Historical Commission are mayoral appointees, perhaps it is time to reevaluate the current board and appoint Commission members who are willing to proactively advocate for protecting historic buildings rather than routinely deflect and avoid making decisions that conflict with the goals of real estate developers.