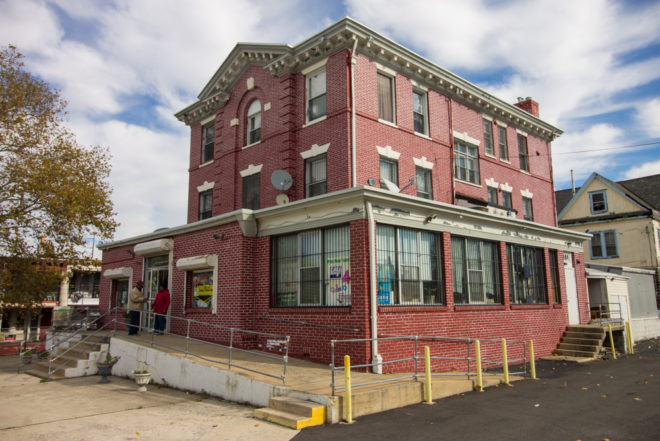 At the corner of Old York Road and West Ruscomb Streets in Logan a remnant of esteemed Philadelphia architect Frank Furness still stands. The building, heavily altered and in pretty rough shape, is now a convenience store with second floor apartments. Built in 1905, it was originally used as a home for elderly congregation members of the then-ostracized Universalist Church of the Messiah.

Since the earliest days of their church, the Universalist Church of the Messiah found that their unorthodox version of Christianity, which assumed that all people were destined for salvation, not damnation, did not sit well with other Christians. The discrimination they faced came in its most inhumane form in how their elderly members were treated. Many homes for the elderly existed in 19th century Philadelphia, but most would not serve Universalists.

In 1878, leaders the Universalist Church of the Messiah created a Permanent Charitable Fund to fund the construction of a new senior home for its members. The fundraising goal, $25,000, was not met until 1899. By that point, the church realized that more funds would be required so they moved ahead with their plans, but only if they were able to get another $1,000 of contributions from church members.

It took another nine months to acquire the last $1,000. In 1900, the church incorporated the Universalist Home for the Aged. The constitution and by-laws of the organization, drafted shortly thereafter, renamed the building the Messiah Universalist Home.

A building on Cottage Lane in Germantown was leased and an opening reception was held on January 4th, 1902 at Wister Station. Hundreds of church members attended, donating not only money, but supplies, sundries, furniture, food, and even books and magazines for the new Messiah Universalist Home. When the home opened it only three residents.

By January 1903, the home was up to seven residents. The annual newsletter distributed to church members already noted that the place was overcrowded and that a new larger building may be required in the near future. Additionally, church leaders were adamant about owning a home instead of leasing one, calling the occupancy of the leased space an “experimental stage” that was now complete. 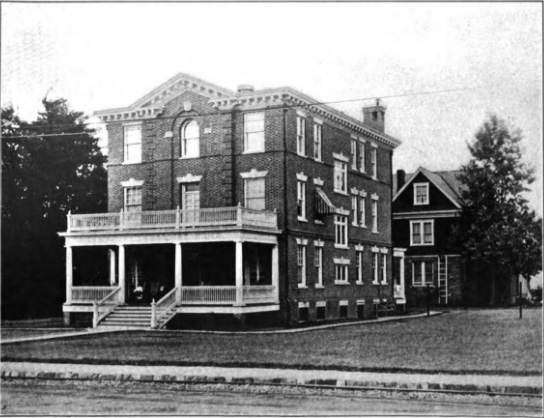 Fundraising for a new home began in earnest in 1905. The church purchased a lot at the corner of Old York Road and West Ruscomb Streets for this purpose. They hired acclaimed Philadelphia architecture firm Furness, Evans & Company for the design. By this point in his career, Frank Furness was not very popular in architecture circles and his company’s work leaned more toward Colonial Revival designs. This one would be no exception. In the middle of a large grass lawn retained by a stone wall, a two-story porch embellished the entrance on the Old York Road side of the brick façade under a central palladium window. The only decorations designed for the exterior were an interesting cornice and keystones above the windows. Many windows. No less than 18 windows on the broad sides of the building and eight on the front and back.

Construction began on July 20, 1905 and the cornerstone was laid in a ceremony on September 19th. William R. Lyman, president of the home’s Auxiliary Board of Managers, secretly dropped a “lucky stone” on the construction excavation site that was discovered when Old York Road was widened in 1920. The first residents moved in on March 28, 1906 and the building was dedicated on May 23. Church members donated all of the furnishings and supplies required for the new home, which was much larger and was considered by the church to be better-looking and in a more convenient location with “cheerful surroundings”.

The Messiah Univeralist Home was successfully supported by the contributions and donations of church members for the next several decades. In December 1906, media attention focused on the home when a mysterious, out-of-place wild coyote appeared on the front lawn. Residents panicked and the Pennsylvania SPCA came out to capture the coyote with a wire lasso. The origins of the coyote were never determined, though sightings of coyotes within the city limits have occurred in more recent times. 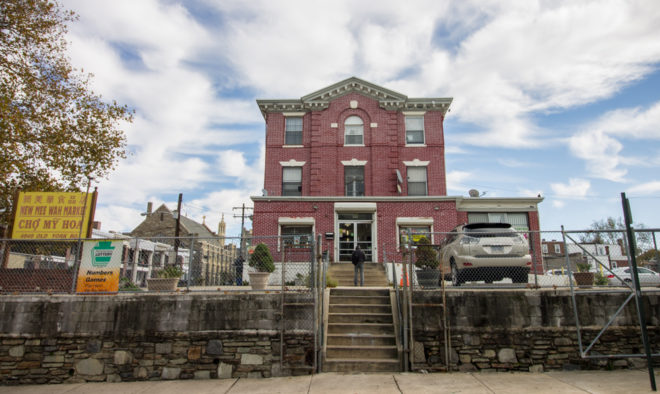 In 1963, UAYO proposed the demolition of the sun room for a very large addition that would provide space for an auditorium. The plan was never completed. In 1971, the organization added an single-story addition attached to the sun room.

UAYO sold the building in 1986 to Siphana Sok. Sok removed all the large trees and the grass lawn and paved it all over with asphalt to create a parking lot for a used car lot on the property. The building was adapted into a restaurant and offices. The property changed hands several times over the next few years, with different uses coming and going from the first floor–a restaurant, video store, and a video arcade. In 1992, the current owner purchased the building and installed a food market, New Mee Wah Market, on the first floor and apartments above under the designs of local architect Te-Chow Lei. A few small, one-story additions were added to the rear section of the building.

In 2004, the old stone retaining wall around the property was rebuilt with cinder blocks and a chain link fence, further marring the beauty of the old home. Today, the building has fallen into complete obscurity as a Frank Furness design, both in appearance and provenance. In the book, Frank Furness: The Complete Works, the authors even have the building listed as demolished in both its first and second editions.