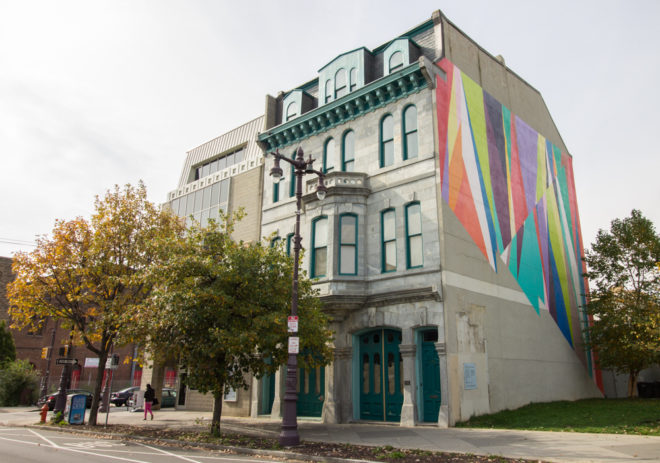 Harmony Fire Company No. 6, one of the few remaining 19th century volunteer firehouses in Philadelphia, has been home to the Brandywine Workshop for nearly 30 years. | Photo: Michael Bixler

When Allan Edmunds bought the four-story building at 730 South Broad Street back in 1991, people thought he was crazy. The Italianate gray granite ashlar structure, built in 1849 and attributed to architect Samuel Sloan, had sat vacant and neglected for nearly 40 years. It had a short life as the purpose-built volunteer firehouse of Harmony Fire Company No. 6 and a longer life serving a range of other functions, such as a police station, a starch works, and, later, a warehouse. Today, as the surrounding Graduate Hospital neighborhood continues to soar in real estate value, the old firehouse has become an important financial asset that allows Brandywine Workshop, the multicultural print arts organization that Edmunds founded in 1972, to carry on its mission with confidence.

“We can leverage the real estate holdings that we have to further [our] mission,” Edmunds explained. To that end, Brandywine Workshop recently completed an eight month construction project to renovate the firehouse’s interiors, transforming the upper two floors into 1,700 and 1,800 square foot rental apartments and the ground floor level into a rental commercial space. 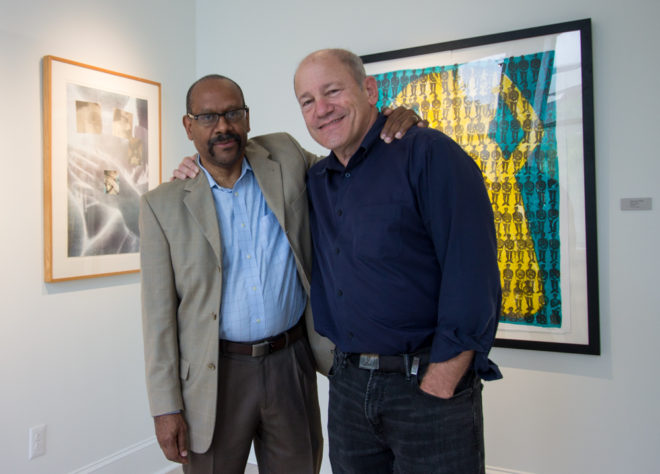 Allan Edmund, director of the Brandywine Workshop, and architect/Brandywine board member Ted Agoos are passionate about the art of printmaking. The two chose to adapt the upper floors of the old firehouse into apartments to keep the building in use and revenue streams flowing for the 45-year-old organization. | Photo: Michael Bixler

The second floor is reserved as a gallery for Brandywine Workshop. The nonprofit organization recently celebrated its 45th anniversary and is devoted to promoting a legacy of culturally diverse American art, primarily in printmaking. The current exhibition, titled Diversity Driven, offers a historic overview of the workshop’s visiting artist series and includes works by Sam Gilliam, Sonya Clark, and Murray Zimiles among others. The exhibition is on view in the gallery by appointment. 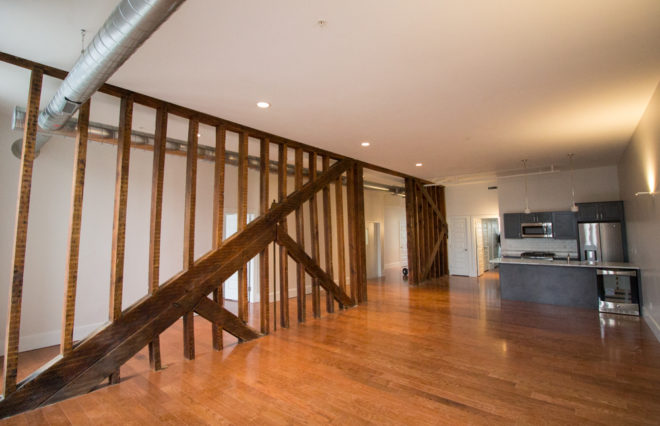 One of two newly renovated apartments on the upper floors of the old firehouse. | Photo: Michael Bixler

“Brandywine can’t afford to occupy the whole building, and they really need a revenue stream,” said Ted Agoos, a Brandywine Workshop board member and the architect responsible for designing the recent interior renovations. “The decision was to renovate the whole building, but rent out three of the four floors to help sustain the organization.”

The tenants of the firehouse’s newly fashioned penthouse apartments and ground floor retail space are still to be determined. Given how much more attractive the building looks than when Edmunds first bought it–with missing floors and paper-thin walls–and the increase in new residential buildings on South Broad Street, Brandywine is hopeful that the spaces will soon be occupied. 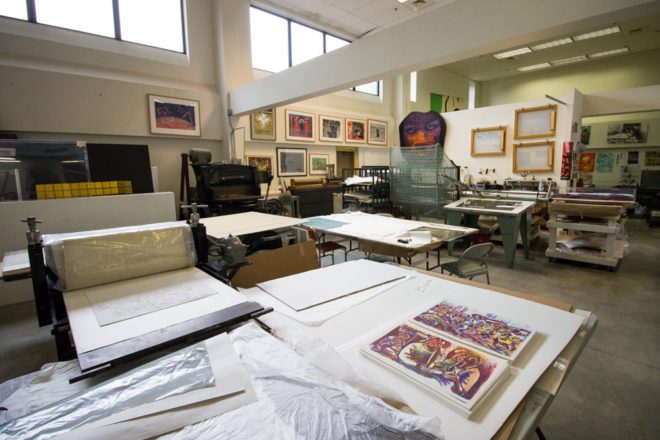 The building was designed to be impressive. 730 South Broad Street was commissioned before Philadelphia established its own municipal fire department in 1871. It was built in 1849, a time when the city was littered with volunteer fire companies that were occasionally heroic, but more often used as social clubs.

Few examples of these early fire companies survive. Even the Fireman’s Hall Museum in Old City dates to 1902. But 730 South Broad Street is a pristine structure that was added to the National Register of Historic Places due, in great part, to its survival as, according to the nomination, “the best preserved and architecturally the most imposing of the city’s early firehouses.” 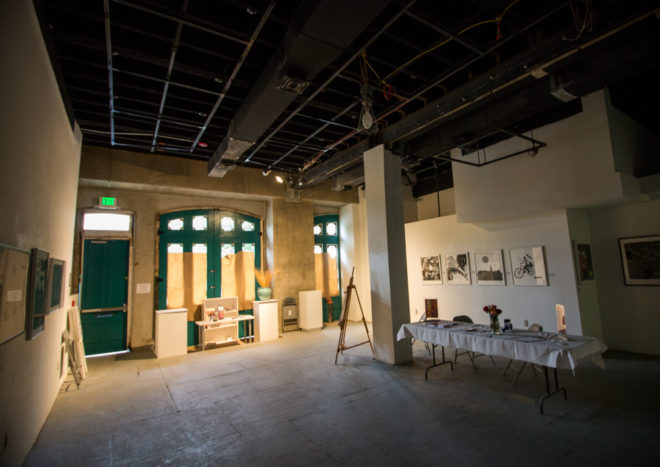 A look behind the blue-green doors of a South Broad Street landmark. | Photo: Michael Bixler

When the City of Philadelphia established a municipal fire department in 1871, volunteer fire companies were disbanded, including Harmony Fire Company No. 6. By 1887, the Philadelphia Police Department took possession of the building at 730 South Broad Street for use as a patrol station. In the mid-1890s, it because a starch works (or laundromat.) It was last used as a warehouse and residence. It is unclear how it came to be abandoned for close to 40 years.

The original and wide bay doors on the ground floor of the building were once used to allow for easier shuttling of heavy firefighting equipment in and out of the firehouse. They have been lined with opaque paper for almost a decade, preventing curious passersby from catching a glimpse at the interior of the historic structure nor gaining any insight into the cultural organization that has used the old firehouse as its headquarters for nearly three decades. But those obstructions will soon be peeled back, allowing for greater visibility of Brandywine Workshop and this landmark building.