Wish You Were Here: Postcards From The Past Recall “Real Philadelphia” 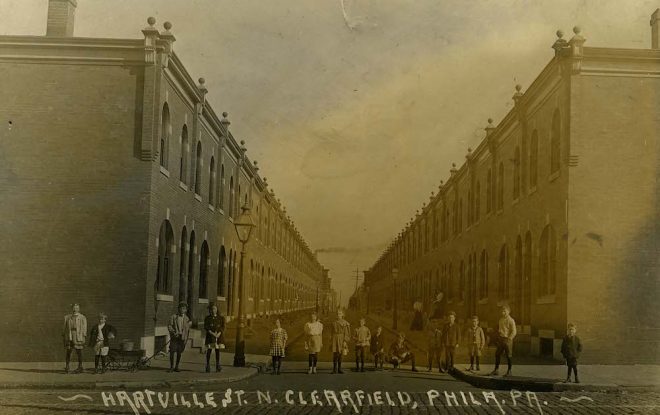 Last April, Bruce Laverty, the curator of architecture at the Athenaeum of Philadelphia, received a phone call from a woman in Indianapolis. She was looking for information about a building in Philly that housed her grandfather’s dental office nearly a century ago and was planning to make the 650-mile drive to see it for the first time. Laverty found the location, now a Chinese takeout restaurant at 1006 Lehigh Avenue, within a collection of 286 real photo postcards gifted to the Athenaeum by Robert M. Skaler, a retired architect and long-time Athenaeum shareholder. Laverty confirmed the location of the dental office and emailed the image to the woman while she made her way east from Indiana. The discovery provided a tearful introduction to a family landmark the woman had heard stories about all of her life. Robert Skaler’s collection is the subject of the Athenaeum’s new exhibition, Real Philadelphia: Selections from the Robert M. Skaler Postcard Collection. 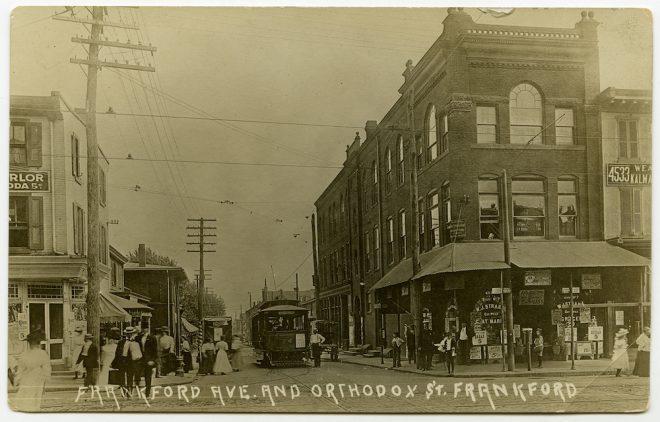 The exhibition, organized by Bruce Laverty, Michael Seneca, James Carroll, and Denise Fox, features a selection of 234 real photo postcards of Philadelphia from the photo memento’s heyday between 1904 and 1910. Skaler’s postcard collecting began as a casual past time, driven by the curiosity of an architect in the built environment he was born and raised in. His collection is now brimming at over 2,000. “He was always interested in architecture and buildings. As he got older, he began to realize that by collecting postcards he could see buildings in a different way,” said Laverty. A graduate of the University of Pennsylvania’s architecture program, Skaler spent his career working for local Modernist architect Vincent Kling and the architectural firm H2L2.

After sifting through countless tattered shoeboxes filled with postcards at flea markets, Skaler soon discovered a rare subset of the medium–real photo postcards. “It wasn’t until the 1960s that I came across postcards of Philadelphia and found real photos mixed in with the lots,” Skaler told Laverty at the exhibition opening earlier this month. “I really got hooked on that, because they showed the city as it looked around 1910.” 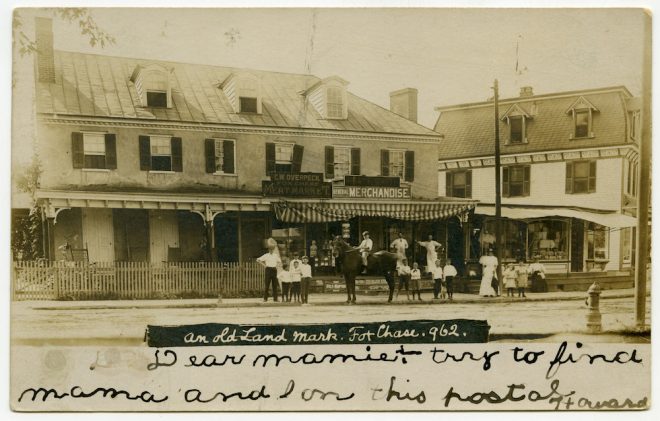 Real photo postcards are different from typical printed postcards. They were original photographs printed on postcard paper and generated by the Model 3A Folding Pocket Kodak camera introduced to the market in 1903. These cameras accommodated large format negative film (sized 3 ½ by 5 ½ inches) that could be contact-printed directly onto postcard paper. The large size of the negatives produced high resolution images that stand up to 21st century digital magnification tools, demonstrated in the exhibition by a digital slide show of magnifications of roughly 150 postcards.

The postcards in the exhibition, taken by professional photographers like Swint Studio and Mercantile Studio as well as amateur photographers, were mostly produced between 1904 and 1918. By 1920, the process for printing regular postcards vastly improved, causing a decreased in demand for the sharpness offered by real photo postcards. 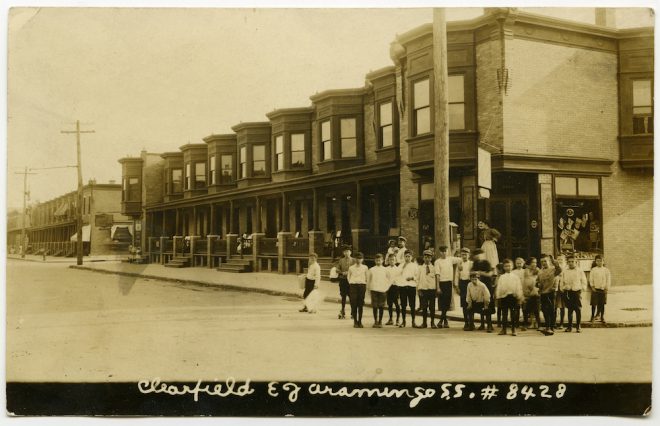 In their heyday, real photo postcards were a way for ordinary people to insert themselves and their homes into a medium often reserved for tourist attractions. Most photo postcards were sold at corner stores and shops close to where the photographs were taken and bought by the people whose homes, and sometimes their children, were captured on film. A hand-drawn “x” often mark the spots where the original postcard owners lived.

“They may be the only professional photographs of the kids on their playground. It’s on their turf, which I think is the most evocative thing about this particular set of real photo postcards,” Laverty explained. “There’s a wide range of how they’re dressed and the amount of dirt that’s on their faces. There’s very little that’s staged about it.”

Many of the addresses featured in the exhibition are in working class neighborhoods; prospering neighborhoods centered around factories and large-scale manufacturing with row houses often less than a decade old. Industrial neighborhoods like Kensington seldom received the documentation afforded to Center City buildings. These postcards help form a more complete visual history of early 20th century Philadelphia. 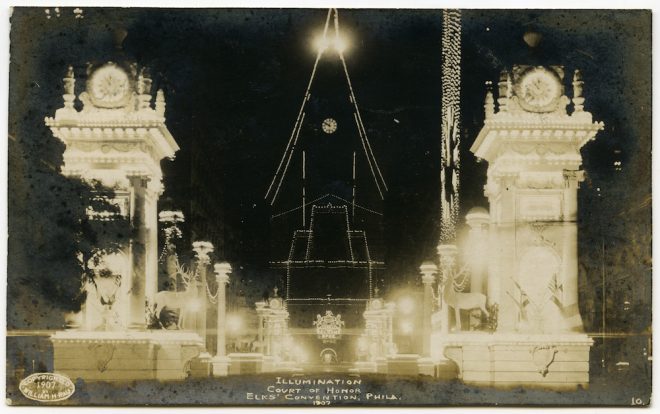 Court of Honor at the Elks Convention, 1907. Photograph taken between 1904-1910. | Image courtesy of the Skaler Collection, Athenaeum of Philadelphia

Along with stretches of row houses in neighborhoods like Port Richmond, Logan, and areas in South Philadelphia, the exhibition is peppered with unusual images of St. Clement’s Episcopal Church when 20th Street was expanded in 1929, the Elks national convention of 1907, and rare images of buildings demolished for the construction of Benjamin Franklin Parkway. A special exhibition panel devoted to real photo postcards of churches includes three unidentified sanctuaries, which may be identified by a visitor by the time the exhibition closes in January.

Laverty hopes the postcard collection sparks another serendipitous family reunion like the one he helped facilitate for the dentist’s granddaughter from Indianapolis. “I would love to be able to find somebody who finds their grandparents or great-grandparents in one of these images,” Laverty said. “If that happens while this show is still up, I will be a happy man.”

Real Philadelphia: Selections from the Robert M. Skaler Postcard Collection is on view at the Athenaeum of Philadelphia until January 26, 2018. The exhibition is free and open to the public.