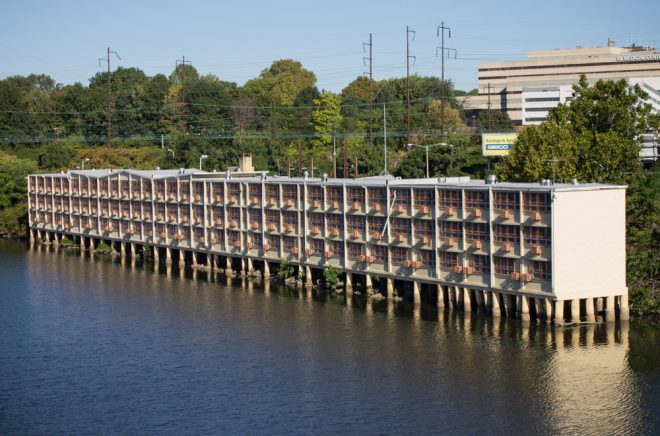 Slote was establishing a national chain of hotels called Crossway Motor Inn. Due to its proximity to the University of Pennsylvania, the motel on the Schuylkill River was named the University Motor Inn. White Plains, New York architect Henry H. Moger Jr. was commissioned for the design, who fitted the long, slim, 90-room motel with a pool, bar, restaurant, lounge, and a large parking lot. Moger was quite prolific in New York City and Hudson Valley. 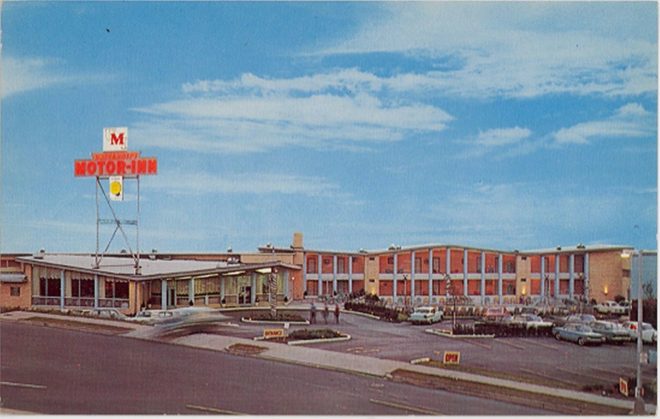 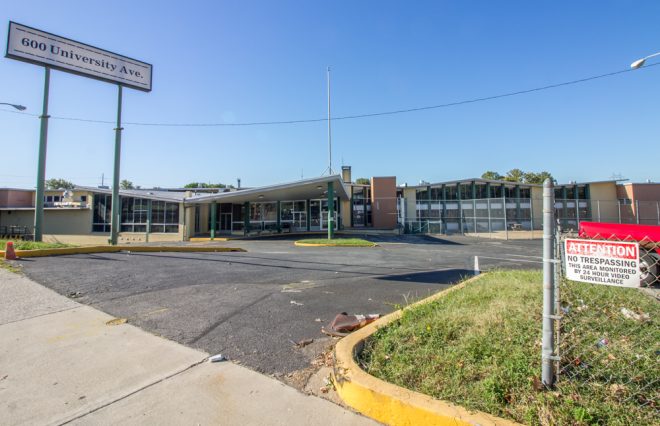