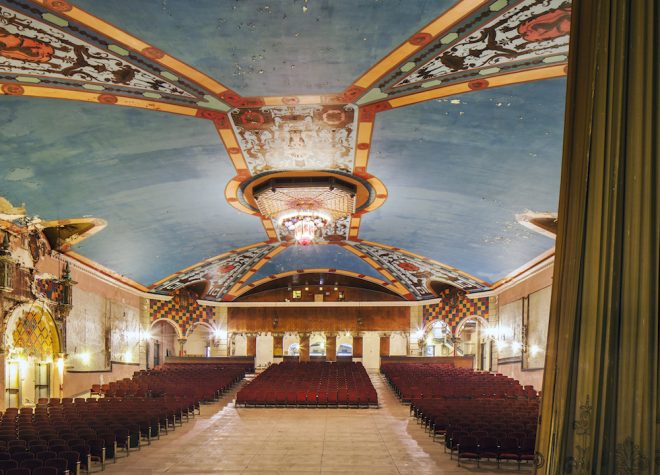 Editor’s Note: A version of this story was published in the Fall 2017 issue of Extant, a publication of the Preservation Alliance for Greater Philadelphia.

Matt Schultz remembers when he visited the Lansdowne Theater for what he thought would be the last time. The year was 1989, and single-screen theaters, once the anchors of virtually every Main Street in the country, were rapidly disappearing in the age of home entertainment systems and strip-mall multiplexes. The ornate 1,300-seat movie theater in downtown Lansdowne, Pennsylvania, had been shuttered for almost two years following a small electrical fire in an adjacent basement. The bank had just foreclosed on the property, and local electrical supply company had offered to buy the theater, planning to gut it for warehouse space. Schultz, a Lansdowne native who grew up attending the theater, was working for the Philadelphia Historic Preservation Corporation (a direct predecessor to the Preservation Alliance) at the time. “We hired a photographer to document the theater,” Schultz remembered, “because we really feared it might be a goner.”

Almost 30 years later, the Lansdowne is anything but a goner, and Schultz, now the executive director of the Historic Lansdowne Theater Corporation (HLTC), is orchestrating an ambitious $11 million capital campaign to reopen the 90-year-old movie palace as a live music venue and community space. The building had remained shuttered ever since that 1987 fire. After the warehouse plan failed to win zoning approvals, the theater eventually sold to a group of well-intentioned but underfunded investors who mothballed the space for more than a decade. In 2007, Schultz and a group of local community represenatives, business leaders and preservationists formed HLTC as a private, not-for-profit corporation, purchased the property and began a comprehensive, community-driven planning process that has put the theater back on the path towards rebirth. 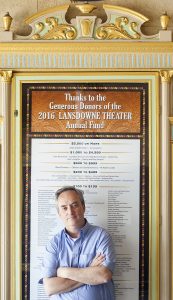 “We knew that a single-screen movie theater was never going to make sense again,” says Schultz said, “and we were never going to chop such a beautiful space up for multiple screens.” A live music venue quickly emerged as the most viable reuse strategy, which dovetailed nicely with the community’s needs as well as Lansdowne’s musical history. Architect Michael Schnoering, FAIA, whose firm, Mills + Schoering, is guiding the rehabilitation effort, noted, “Music was always a strong piece of the vision, but what came out most strongly in the planning process was [the demand for] community use as well. The real importance and draw of these buildings, particularly in small towns like Lansdowne, is that they are inherently community spaces.”

Crucial to the Lansdowne’s unlikely survival has been the unwavering support of the theater’s namesake borough, a diverse, middle-class suburb of 10,000 people located just a few miles west of Philadelphia’s city limits. After vocal opposition to the warehouse plan in 1989, the community has kept a close eye on the theater, supported its funding campaigns, and celebrated its milestones, like the relighting of its iconic marquee in 2012 and the complete restoration of its exterior lobby in 2015. A special ballot measure to grant the theater a liquor license (Lansdowne is otherwise a “dry” borough) passed in 2015 with an overwhelming 86 percent of the vote. “We might hold the keys to the front door,” says Schultz said, “but it’s really the community that owns this place. They know how important the theater is, and they have high expectations for its future. We wouldn’t be where we are today without that community vision.”

A Flair for the Exotic

Stepping into the theater’s sumptuous interior, and it’s easy to appreciate the community’s enthusiasm for preserving this place. The Lansdowne is one of the Philadelphia region’s last surviving movie houses from Hollywood’s golden age, designed in an exotic Moorish Revival style in 1927 by prolific theater architect William H. Lee, who also designed the Sedwick Theater in Mount Airy and the Anthony Wayne Theater in Wayne, Pennsylvania, among others. Despite lying dormant for 30 years, the space retains much of its original exotic flair, from the tile-clad fountains at each end of the front lobby to the hand-painted ceiling and 270-lamp chandelier gracing the main auditorium. “It really has a high level of integrity, even for being vacant for so long,” said Schnoering, a historic theater specialist and Board member of the League of Historic American Theaters. “Sometimes you go into these buildings, if they’re even still standing at all, and they’ve been painted ten times over, stripped, gutted. Here, there’s still a lot of the original fabric left in place, and that’s really a wonderful thing to see. We don’t have to do a lot of digging to find out what was there originally.” 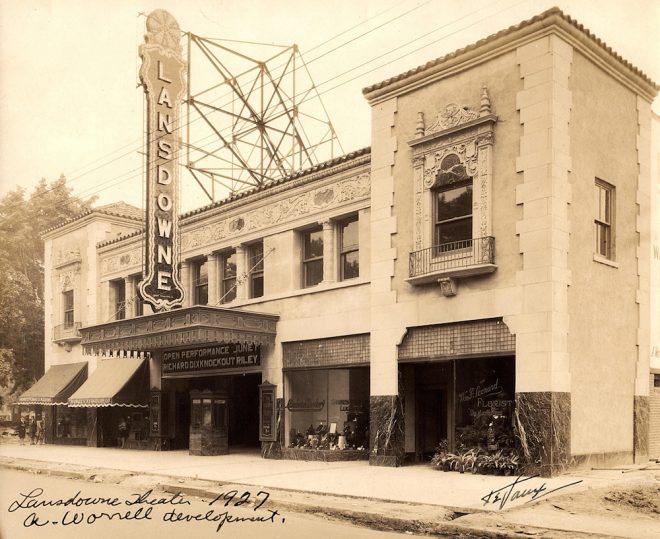 The Lansdowne Theater in 1927, the year it opened. | Image courtesy of Matt Schultz, personal collection

“Our goal,” Schultz remarked, “is to transport people back to 1927 when they come in off the sidewalk, but in a way that meets modern needs and expectations.” And it is these modern needs and expectations which are driving most of the project’s estimated $11 million price tag, with the theater requiring all new electrical and HVAC (heating, ventilation, and air conditioning) systems, new bathrooms, an expanded stagehouse, and sensitively inserted new concession areas (“Theater popcorn hadn’t even been invented yet!,” Schultz exclaimed while touring the original 1927 lobby). More than $7 million has already been secured through private donations, a state Redevelopment Assistance Capital Program (RACP) grant, and support from the National Trust for Historic Preservation, the National Endowment for the Arts, the Pennsylvania Department of Community and Economic Development, and the Presser Foundation. For the remaining $4 million, Schultz hopes to leverage naming rights and attract additional philanthropic support from regional foundations and individual donors.

Meanwhile, a series of hard-hat tours, benefit concerts, and cameo appearances (the theater appears briefly in 2012’s Silver Linings Playbook) is keeping the theater’s profile high. Following a successful 2010 concert by a capella group Straight No Chaser, the Lansdowne’s first public event since 1987, the theater has hosted periodic concerts to raise funds and highlight the community’s rich musical heritage (the borough is home to the Lansdowne Symphony Orchestra, Lansdowne Folk Club and numerous active musicians). Last year, Lansdowne native and nationally acclaimed singer/guitarist Steve Gunn performed a benefit set in the front lobby. “He tracked us down,” Schultz said of the now Brooklyn-based artist. “Here’s a kid who grew up skateboarding behind us, who took guitar lessons across the street. That he recognizes how important the theater is to Lansdowne, how important music is to Lansdowne, it really underlines what this is all about.”

Tax-deductible donations to the Historic Lansdowne Theater Corporation can be made by visiting www.lansdownetheater.org.

Inside the Lansdowne Theater. Photographs by Peter Woodall. 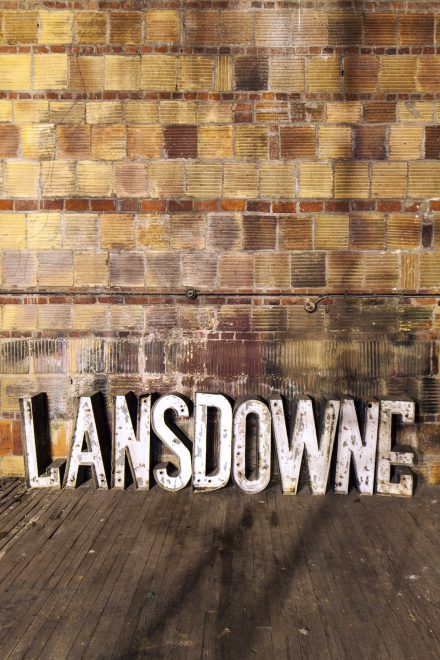 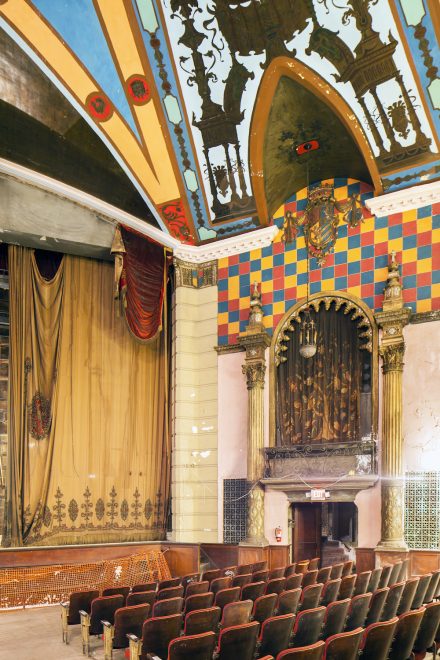 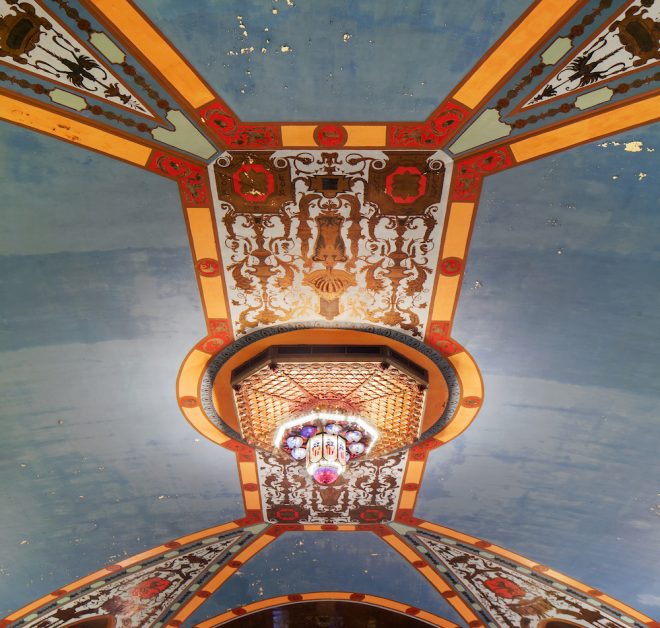 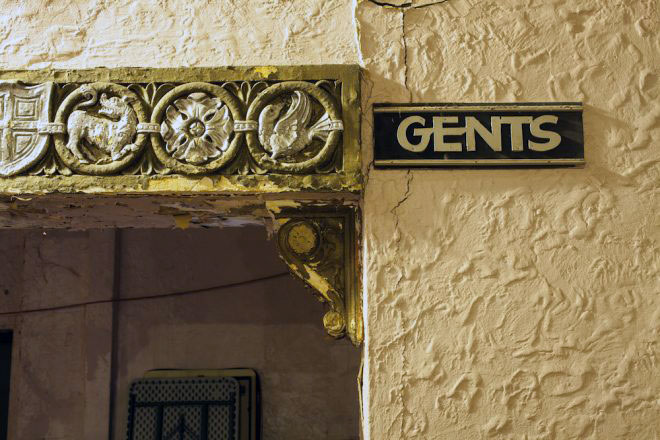 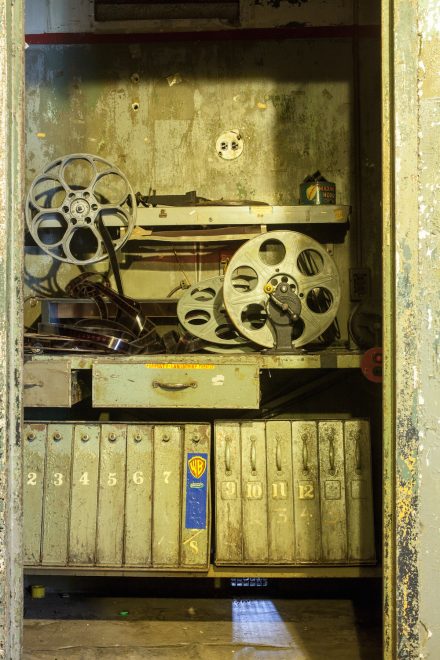 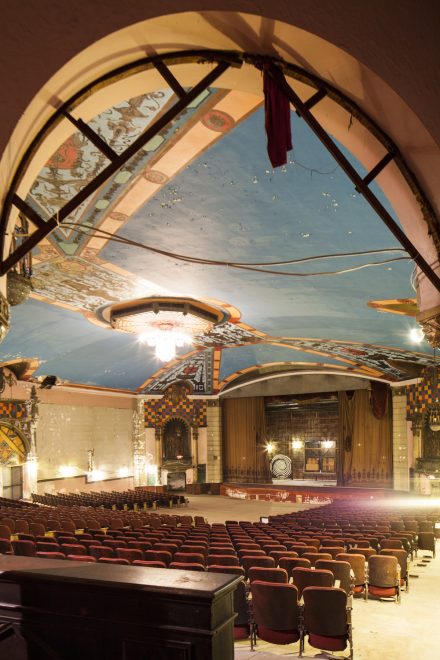