Jefferson Banks On Medical Design With “The Vault” 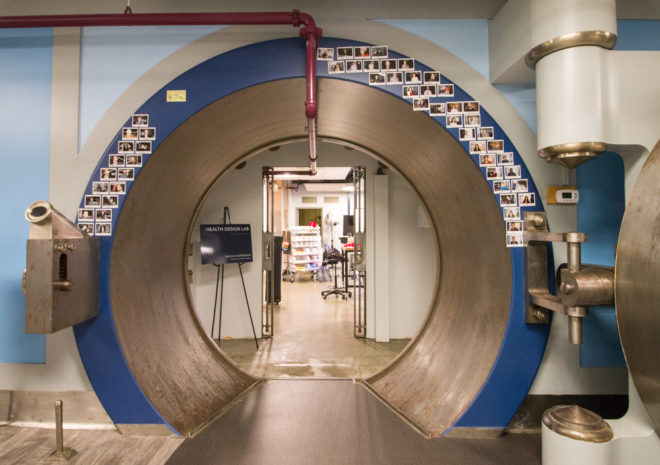 When it comes to contemporary healthcare facilities, adaptive reuse of unconventional spaces rarely enters the conversation. Architecture reserved for keeping us sentient and buying time is typically embodied by rambling hospital complexes, mid-rise medical office parks, towers sheathed in blue glass and beige skin, and the ubiquitous, squatty “doc-in-a-box.” For a field rooted in the quest for human survival, the healthcare industry seems hell bent on killing us with miserable building design. But there are occasions where form and function converge, be it in the playful embrace of curves at CHOP’s Buerger Center for Advanced Pediatric Care or Jefferson University’s new health design lab inside the banking vault of the Old Federal Reserve Bank of Philadelphia.

Dubbed “The Vault,” Jefferson’s 4,000 square foot design lab is a literal steel-encased think tank and maker space devoted to developing prototypes and new healthcare technologies. Led by Jefferson University Professor Bon Ku, the lab serves as the headquarters of JeffersonDesign, a “first-of-its-kind design certificate program that introduces creative problem-solving methods and mindsets alongside traditional medicinal curriculum,” according to the university. The space also serves as a hub for collaboration between students, healthcare professionals, and innovators at the intersection of medicine and technology. 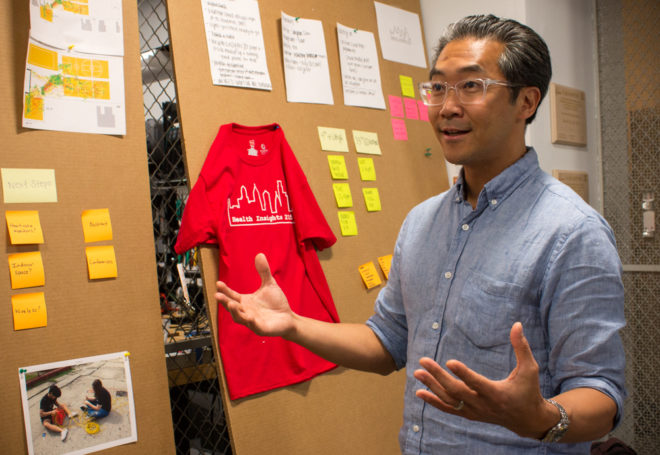 Inside the vault, 3-D printers whizz and hum building prosthetic jaw replacements, while an army of small sewing machines await their micro processing orders. Plans for virtual and augmented reality components at the lab will soon be underway to further explore what Jefferson University calls an “experiential, empathetic, radically interdisciplinary approach” to the future of healthcare design.

Before JeffersonDesign moved in, the retired vault was used as an office supply graveyard and storage dumping ground after the Philadelphia Fed relocated to Arch Street and N. Independence Mall West in 1976. The old bank at 9th and Chestnut Street was built between 1930 and 1935. The main section, which was incorporated into the Penn Mutual Life Insurance Company building, was designed by prolific Philadelphia architect Paul Philippe Cret in the Classical Revival style. Sculptures of the goddess Athena by Alfred-Alphonse Bottiau are embedded into the Vermont marble façade, flanking the entryway of the fortified structure. The building was placed on the National Register of Historic Places in 1979. Jefferson University absorbed the Old Federal Reserve Bank into their Center City campus in 2010.

Take a peek inside the Old Federal Reserve Bank of Philadelphia. Photographs by Michael Bixler. 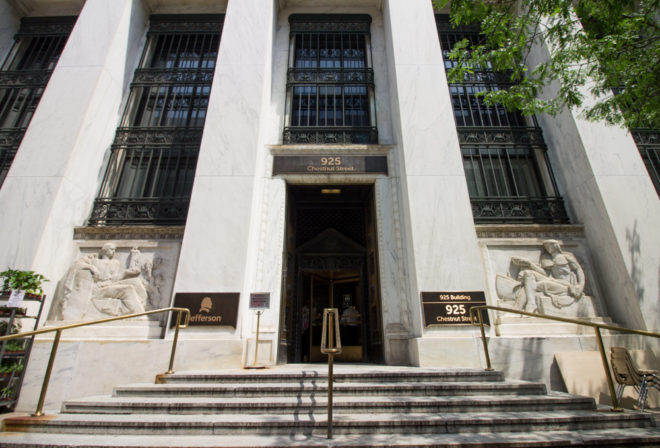 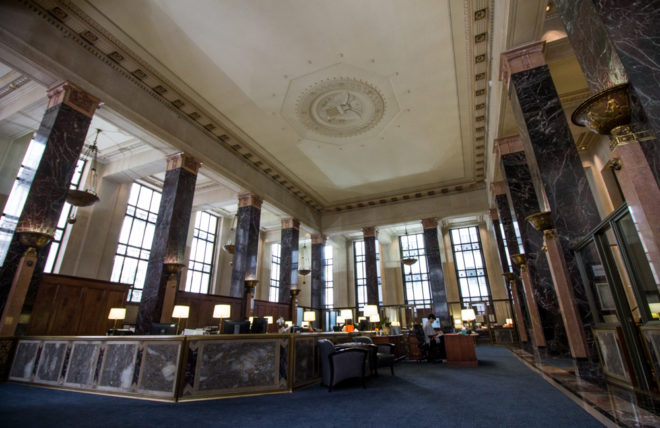 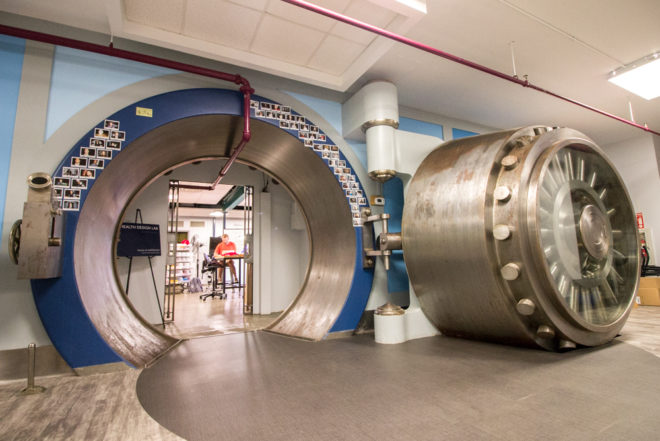 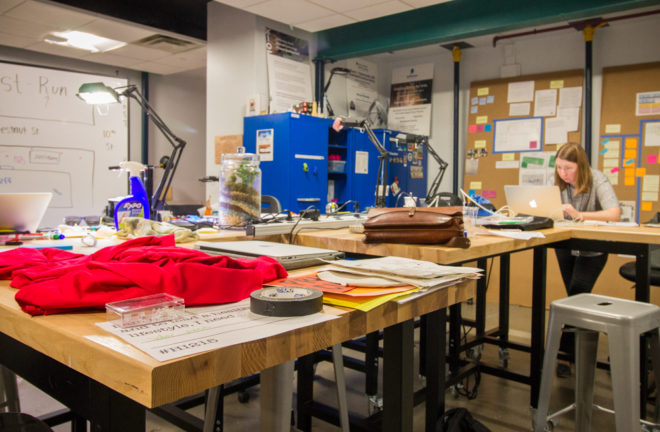 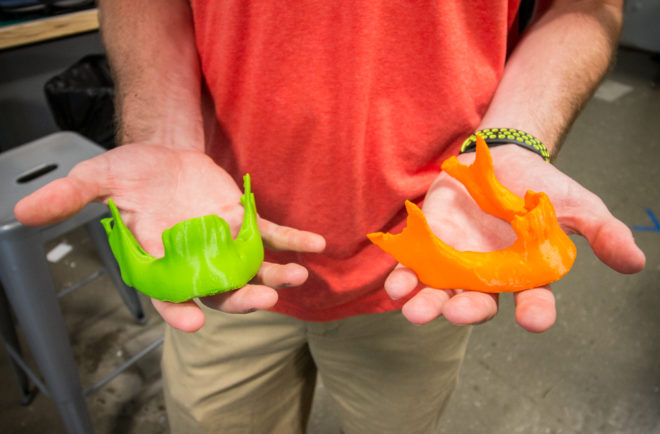