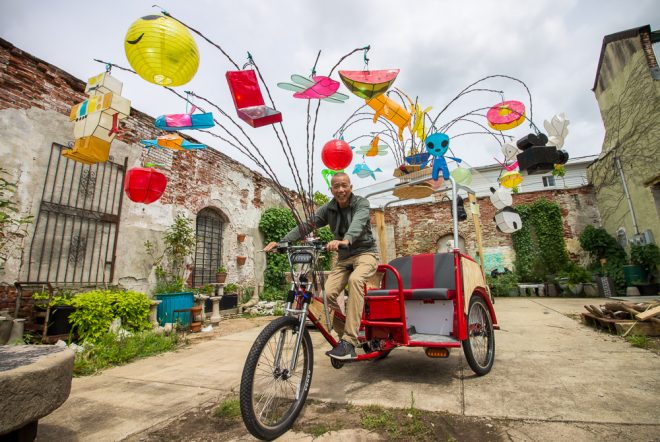 Inside the rough-hewn bones of an old warehouse in Kensington a convoy of euphoria is taking form. Artist Cai Guo-Qiang and his team of technicians are busy creating a floating kaleidoscope of playful Chinese lanterns on wheels. Kittens, robots, insects, and panda bears reach for the rafters as they hang from arched steel cables attached to pedicabs. On September 14, the artist will debut his glowing dreamscape, Cai Guo-Qiang: Fireflies, when 900 illuminated lanterns attached to 27 pedicabs will glide along the Benjamin Franklin Parkway at dusk in a rolling hallucination.

The public art happening was commissioned by Philadelphia’s Association for Public Art in celebration of the centennial of the Parkway. Following the opening ceremony, the interactive art project will be open to the public from September 15 to October 8 to take free, one-way rides from Sister Cities Park to Iroquois Park next to Eakins Oval.

This is the second time Cai Guo-Qiang has used the Benjamin Franklin Parkway as his canvas. In 2009, the artist electrified the façade of the east entrance of the Philadelphia Art Museum for 60 seconds with his large-scale, pyrotechnic project, Fallen Blossoms: Explosion Project.

Take a sneak peek at Cai Guo-Qiang: Fireflies currently under construction on Mascher Street in Kensington. Photographs by Michael Bixler. 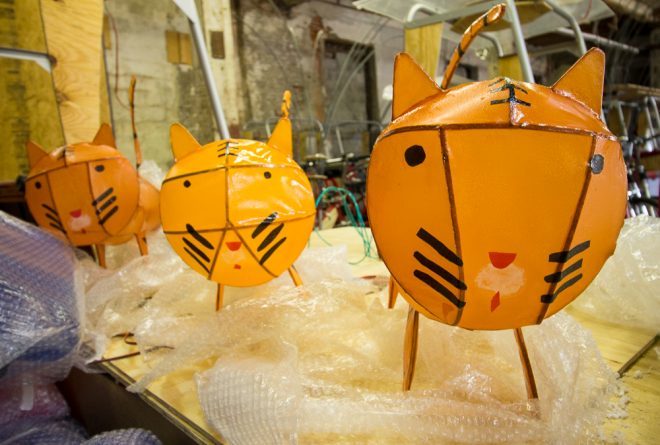 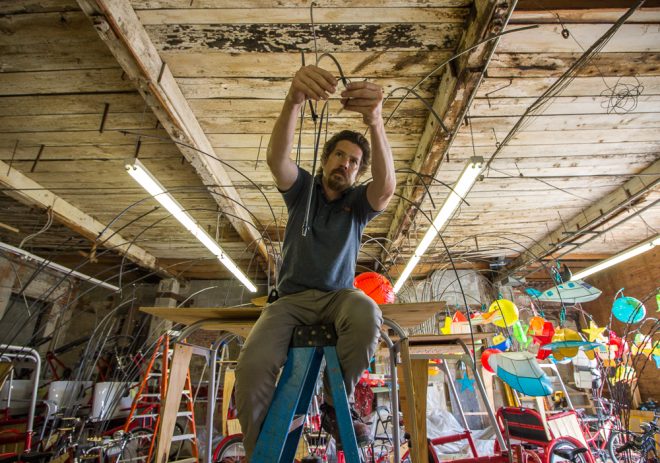 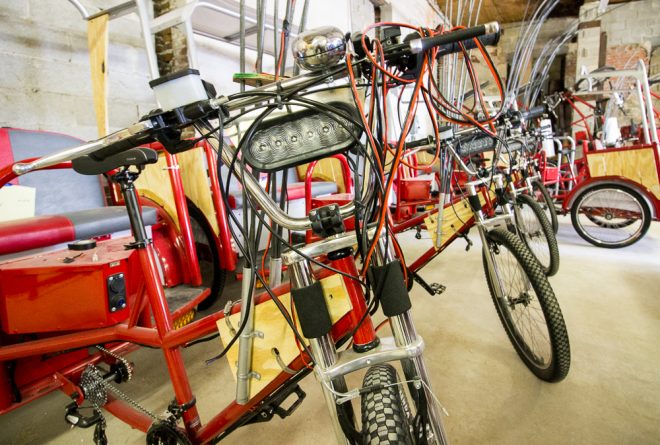 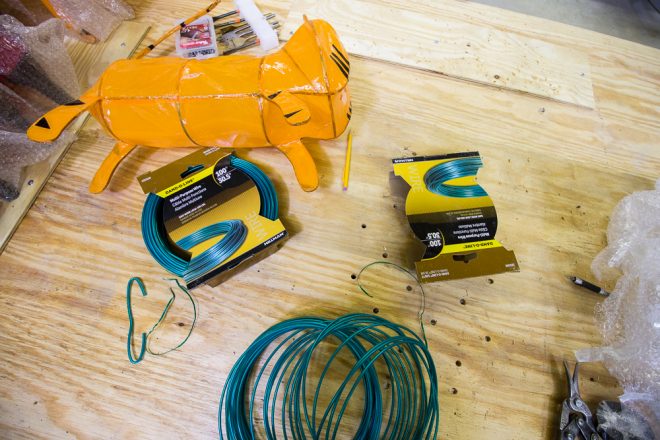 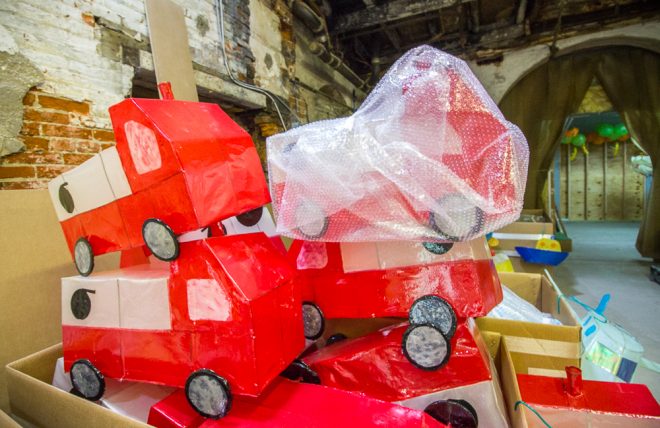 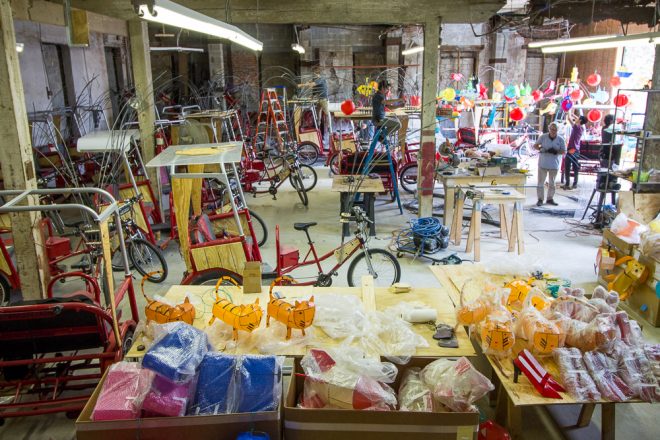 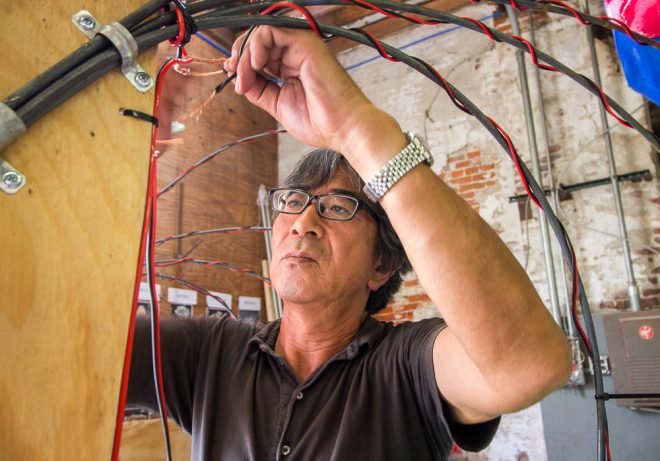 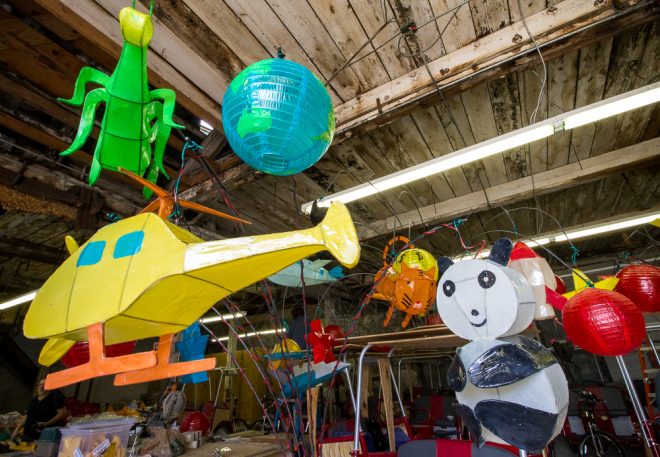 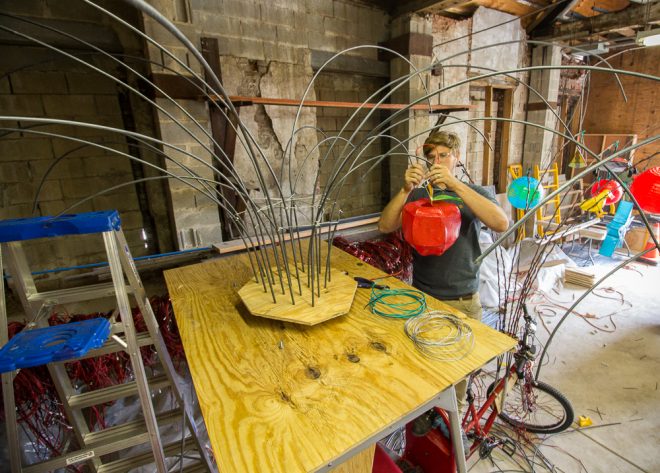 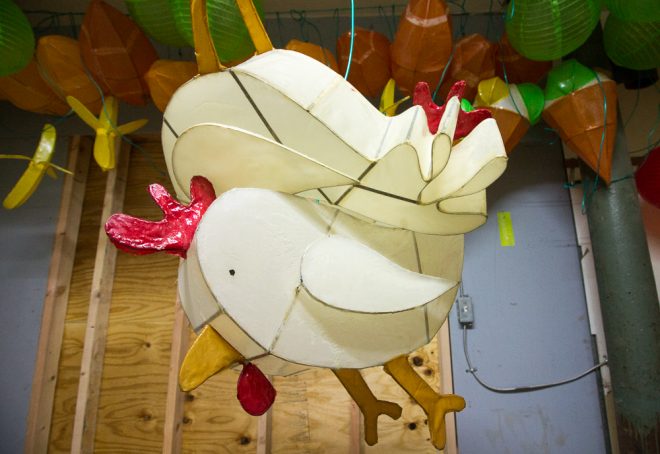 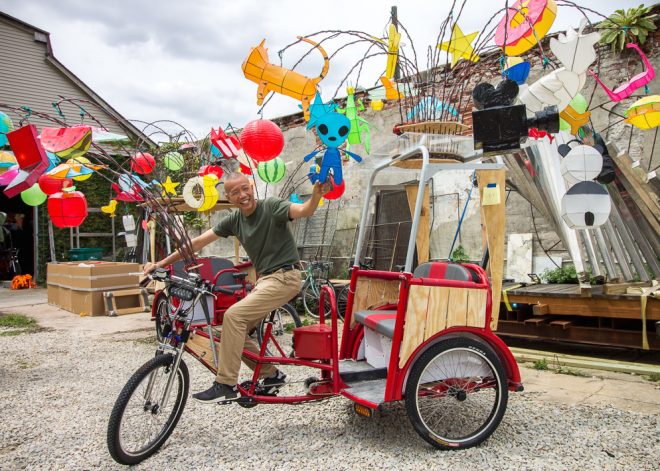