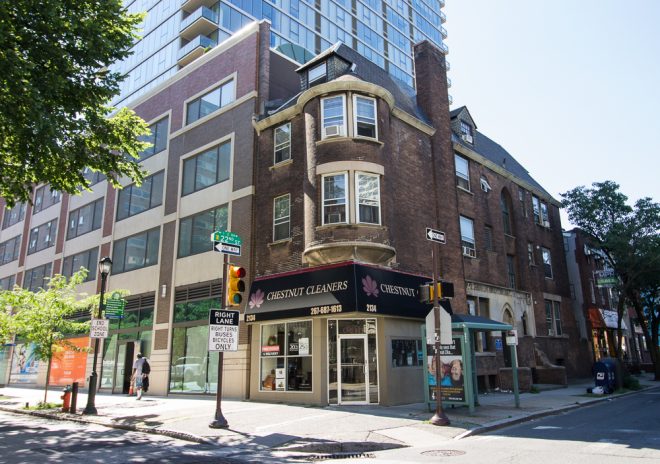 Weathering waves of redevelopment next door, the Bedell mansion has held its ground at 22nd and Chestnut Street for 127 years. | Photo: Michael Bixler

The old Bedell mansion on the southeast corner of 22nd and Chestnut Streets is a bonafide fighter. Despite three cycles of demolition and rebuilds next door, this pretty little building has held on. While many great Center City buildings have have come and gone, this Queen Anne Revival home continues to lighten up the block with Old Philadelphia charm.

The first building on this slim, corner lot was a standard row house from the early 1800s.  It stood on the 2200 block of Chestnut Street alongside two other homes, an industrial building, and a coal yard. By the late 19th century, the neighborhood surrounding Rittenhouse Square was quickly becoming the city’s new residential enclave for the wealthy. By 1889, the whole block was filled with regal mansions. To compete with his neighbors, Bradbury Bedell commissioned architect Wilson Eyre to design a distinctive mansion on the small parcel. 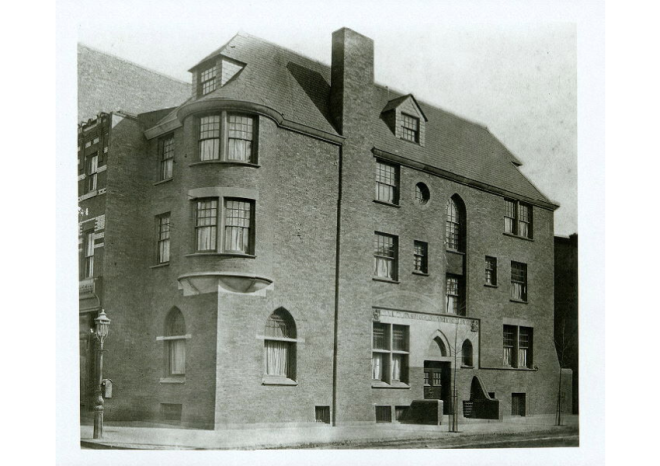 The Bedell mansion shortly after completion in 1890. | Image courtesy of the Athenaeum of Philadelphia

Bradbury Bedell was one of the city’s most successful lawyers. By age 33 he had amassed a fortune after only 12 years into his career. He was also an avid art collector and world traveler.

Eyre’s design of the 3,100 square foot Queen Anne Revival mansion was elegant. The architect’s penchant for the style was carried over in his design of the Clarence B. Moore home that still stands at the corner of Juniper and Locust Streets. Eyre also designed extravagant interior details for the mansion on Chestnut Street. It would later be decorated from the floor to the ceiling with Bedell’s objects d’ art. 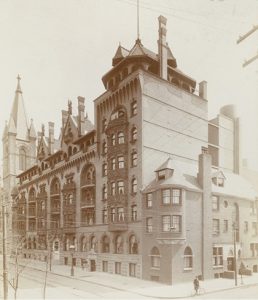 The 2nd Rittenhouse Hotel towers above the Bedell mansion in the late 1800s. | Image: Free Library of Philadelphia

The mansion was completed in 1890. Three years later, Bedell was the only homeowner on the block to refuse an offer from developer John M. Sharp to buy his home. Sharp combined the mansions he had acquired on the block into first version of the Rittenhouse Hotel. The small, corner building at 22nd and Chestnut was dwarfed by its neighbors even more when a second, much larger Rittenhouse Hotel was built next door.

Bedell died in 1902. His widow, Emmeline, continued to live in the mansion and made a name for herself as an animal rights activist. She was one of the first sponsors of the City’s municipal horse watering stations, spearheaded by John F. Cozens in 1906. Emmeline was heavily involved with the Women’s Pennsylvania SPCA, which maintained the stations with an electric “water wagon” that traveled through the business district each day.

Emmeline moved out of the mansion around 1918. She relocated to her summer home in Jackson, New Hampshire and died there in 1920. One obituary called her “the most genuine humanitarian in Philadelphia.” Her husband’s art collection was donated to several art museums. The Philadelphia Museum of Art still owns Bedell’s pottery collection.

In 1919, the Bedell mansion was purchased by Houston Dunn. He was one of the city’s most well-known fire insurance experts and a prominent figure in social circles. Dunn began his career as a insurance clerk. At a relatively young age, he was recognized as an expert in fireproof construction. Dunn’s recommendations were used by Philadelphia builders for decades. He became an inspector for several major insurance companies and started his own insurance and consulting company, Houston Dunn, Inc., in 1908. He would go on to live in the Chestnut Street home until 1936, when a divorce settlement destroyed his finances. 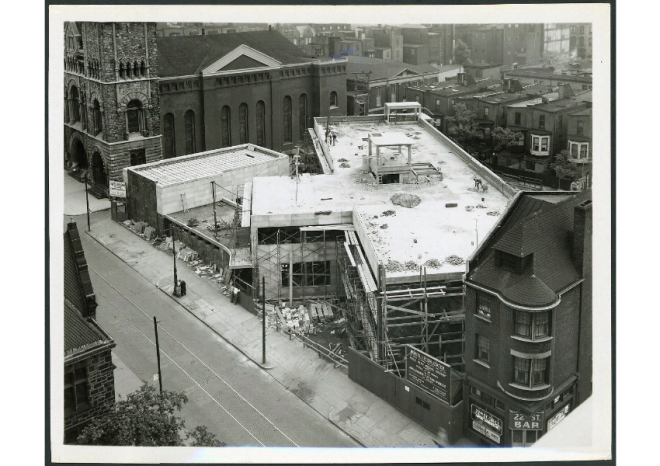 In 1950, a second major construction project, the Sidney Hillman Medical Center, was underway next door on Chestnut Street. | Image courtesy of the Athenaeum of Philadelphia

By 1938, the first floor of the home had been converted into a taproom, the 21st Street Grill. The upper floors were now used as apartments. In 1948, another large real estate development, the Sidney Hillman Medical Center, was underway next door.

In 1960, the mansion was acquired by B. Rudnick, who opened the Rittenhouse Pharmacy in the retail space on the ground floor. He commissioned Rudolph Signs in Kensington to fabricate and install a huge “DRUGS” sign. The iconic sign would remain on the building as Rudnick’s family continued to operate the pharmacy into the 1990s. The building was placed on the Philadelphia Register of Historic Places in 1995 and designated a contributing building within the Rittenhouse-Fitler Historic District. 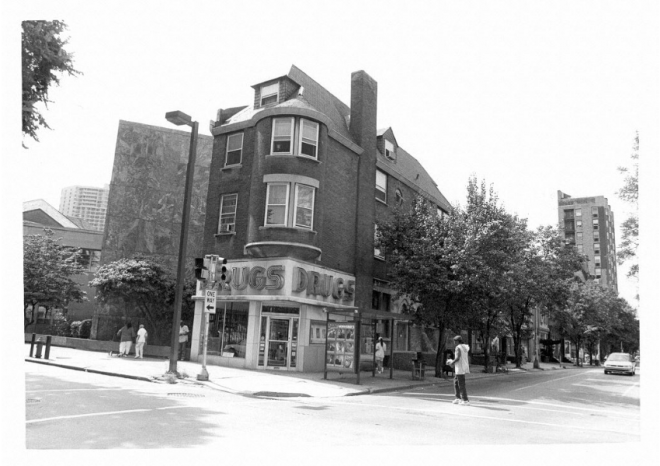 Another pharmacy, Care RX, used the storefront of the old mansion until 2011.  Yet another massive construction project took place next door that year. 2116 Chestnut, a 35-story apartment building, was one of the first, private developments to put up a new tower crane in Philadelphia since the housing bubble bust of 2006-07. Hartshorne Plunkard Architecture designed the building’s podium to match the height of the Bedell Mansion’s pitched roof.

After a brief stint as a convenience store the retail space is now occupied by Chestnut Cleaners.