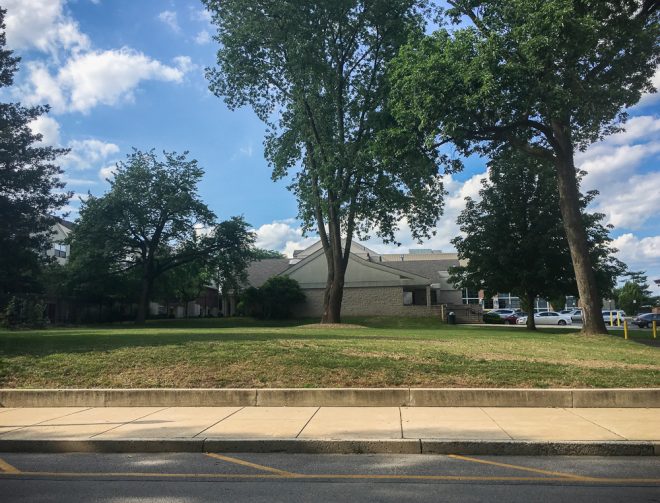 Between late May and early June, La Salle University demolished 2103 W. Clarkson Avenue, a late 19th century Victorian cottage on the college’s campus. As previously reported in the Hidden City Daily, the university was issued a demolition permit by the Department of License and Inspections on March 27, six weeks after two buildings on La Salle’s campus, Little Wakefield and the Mary & Frances Wister Studio, were added to the Philadelphia Register of Historic Places. The 131-year-old home at 103 W. Clarkson Avenue formerly served as a day care facility for the La Salle community.

La Salle University’s campus was once home to over a dozen historic residential structures emblematic of late 19th century suburban speculation and Quaker family settlements in Germantown. While the cottage at 2103 W. Clarkson Avenue was not part of the Wister family enclave, its original owner, Amos Wakelin, purchased the lot from the Wisters and built his home there.

Tina Bethard Murphy, daughter of Agnes Bethard, grew up in 2103 W. Clarkson Avenue along with her two sisters and first cousin. In an interview, Murphy recalled her childhood in Germantown. “The homes were magnificent,” she said. Murphy’s neighbor, Mary Cannon, was the caretaker of Frances Wister’s summer home across the street, which was later donated to the Fairmount Park Commission. The Commission demolished the Wister summer home in 1956 to make way for an arboretum, a project that was never completed. 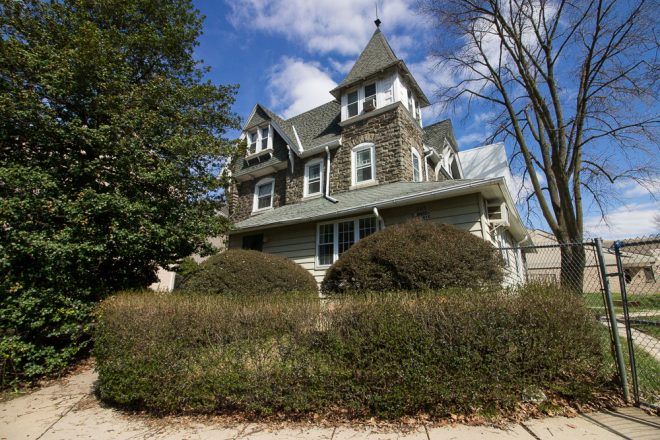 The Fyfe-Bethard-Kmetz family occupied 2103 W. Clarkson Avenue for 20 years. Murphy recalled La Salle approaching her family as they were preparing to sell the property. According to Murphy, La Salle threatened to condemn the home if the family did not sell it to the university. The family yielded to La Salle. However, Murphy said that when the family held reunions in Philadelphia years later, they would visit 2103 W. Clarkson Avenue and La Salle’s campus security would allow them inside. Murphy said her family was “devastated” when they heard about the demolition of their old home.

Since La Salle relocated to Olney nearly 90 years ago, the university has demolished the majority of late 19th century homes that once peppered the college’s campus. Th administration has razed a number of historic institutional and religious buildings as well. In most cases, the buildings were cleared for parking lots, student housing, and athletic fields. Other buildings have been removed for undetermined, future use. 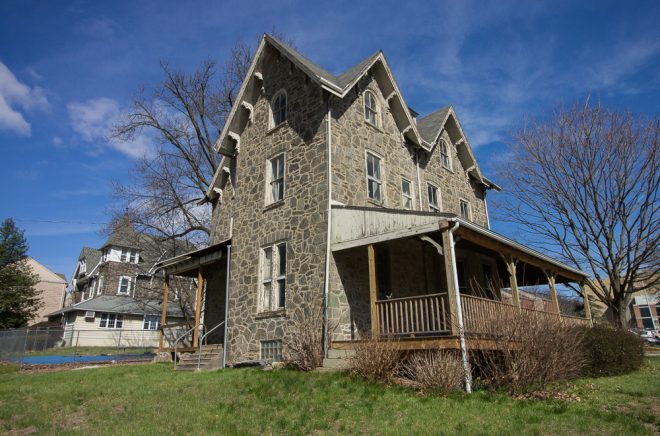 The Mary & Frances Wister Studio at 2101 W. Clarkson Avenue was unanimously approved by the Philadlephia Historical Commission for placement on the local register on February 10. Like the Wister Studio, the Amos Wakelin home next door (at left), was a model example of late 19th century suburban residential architecture. | Photo: Michael Bixler

La Salle does not appear to have an historic preservation strategy in their campus master plan. The administration has razed historically protected structures without demolition permits in the past and routinely hires outside legal counsel to argue against local historical protections. University officials remain largely unresponsive to a small group of faculty and staff interested in engaging students in campus history and historic preservation.

The university’s administration has yet to issue an official statement on the recent placement of Little Wakefield and the Mary & Frances Wister Studio on the Philadelphia Register of Historic Places.

A request for comment by La Salle officials on the demolition of 2103 W. Clarkson Avenue was not returned by the time of this story’s publication.