Kensington Blues Puts A Human Face On A Lost Population 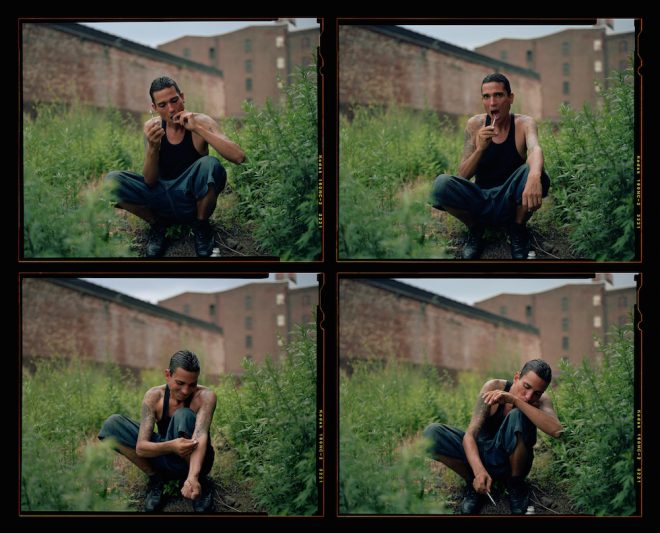 Wilfredo, shooting up in an abandoned lot on North American Street. | Photo courtesy of Jeffrey Stockbridge

Reading photographer Jeffrey Stockbridge’s new book, Kensington Blues, is a heart-wrenching experience. His series documenting opioid addiction and street life around Kensington Avenue forces readers to stop and listen to the candid stories of a population deep in crisis. With large format photographs and the personal accounts of addicts and prostitutes, Stockbridge grips our passing voyeurism of life under the El and forces us to take a seat on a stoop where a conversation about hard living and survival is well underway. By documenting intimate, face-to-face interactions with his subjects for nearly eight years, Stockbridge has created a vital body of work that elicits conflicting emotions and raises important questions about civic compassion, social exclusion, and the thin line between control and self-destruction. Behind his subject’s desperate, damaging lifestyles lies the raw truth that this could happen to any one of us at any time.

Hidden City managing editor Michael Bixler caught up with Jeffrey Stockbridge to discuss his new book and a neighborhood cursed with addiction.

MB: As a physical location, Kensington shares similar traits with sections of Point Breeze and North Philadelphia. Deindustrialization hit the whole city hard in the 1970s and the devastating effects of job loss, and lack of opportunities, still throttle many neighborhoods today. But, psychologically, Kensington is unique and a much different place. It can be a prison and a black hole for folks to disappear into on and around the Avenue. This quote from Marion, one of the subjects in your series and book, Kensington Blues, pretty much sums it up: “Kensington is like the land of the lost. Once you get in you’ll never get out.” From your observations, how much of that is due to addiction and how much is it due to deep poverty?

JS: Kensington is where you end up if you have lost everything as a result of your addiction. People from New Jersey, Bucks County, Delaware County, all over the place, find themselves in Kensington because the drugs are cheap and prevalent. It is made up of countless factories and warehouses that were once the driving force of the textile industry in the United States. Very different from Point Breeze. 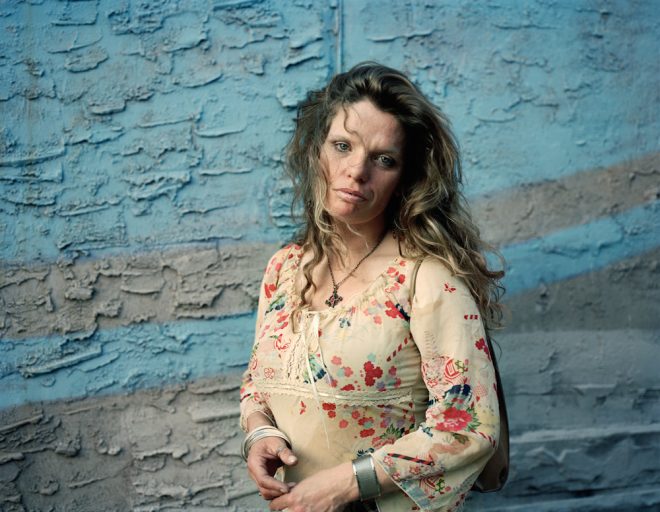 MB: It sounds like you keep up with your subjects. How many have died from addiction? How many were able to escape, detox, and get their lives back on track?

JS: I don’t tally up the deaths or those who have gotten clean. I get emails and comments on the blog with information that is not always reliable. But I have heard directly from a few past subjects who were able to put their lives back together. These stories are incredible and I’ve got a new project in the works that will feature them.

MB: How were you affected emotionally while being immersed in a world full of addiction, regret, loss, and violence for nearly eight years? Do you ever miss it?

JS: In order to preserve myself I had remove my own ego from the process. There’s always an impulse to help or to tell people who are suffering that everything is going to be all right, but I can’t say that because it’s not true.

I felt empowered by my ability to connect with people in Kensington, and I saw myself as a conduit between them and the outside word. I do miss it. I’ve spent the last few years editing and packaging the project so that it can be consumed by others. This is my least favorite part. I’d much rather be on the Avenue meeting people, but it’s a necessary process in order for the work to be seen. 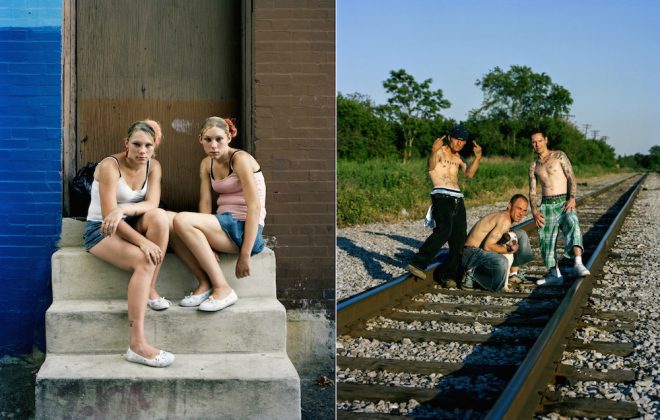 MB: Your book features transcriptions of conversations you’ve had with your subjects, which help humanize and and give intimate context to their struggles. Can you tell me a little about the journal that you had folks on the Avenue write in?

JS: The journal was handmade by a friend of mine. I brought it along as an additional storytelling method. When you put pen to paper, it’s very different from casually speaking with someone. More often than not it is as if you’re writing a note to yourself. 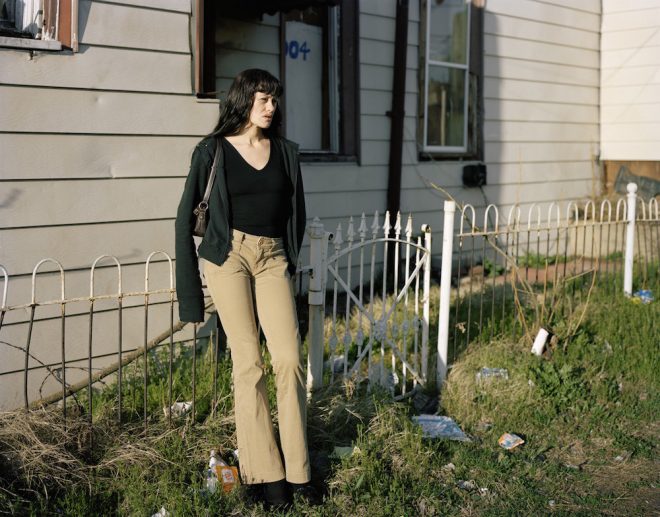 MB: Why do locals who are not addicts, like the group photographed at Kensington and Somerset, stick around to live in the chaos? Certain blocks can be extremely dangerous, and residents are under constant threat of being mugged, attacked, or even killed for drug money. Why don’t they relocate to somewhere else in the city that is affordable and safer?

JS: People can’t just get up and move as easily as you think. People rely on the train to get them to and from work. People have jobs nearby. Many people have lived in the neighborhood a very long time. For better or worse, they know Kensington and, for all the bullshit they have to put up with, they also don’t want to leave.

MB: Things are definitely changing under the El. Redevelopment is spilling out from Fishtown and East Kensington. The NKCDC is in the homestretch of renovating the old Orinoka Mills on Somerset, long abandoned and used as a shooting gallery, for affordable housing. From your observations, do you think the City is doing enough to help addicts there into recovery and transition into healthier lifestyles? I have heard that, through increasing regular patrols around Somerset, police are pushing the drug market further north towards Frankford, a neighborhood already plagued with a fair share of challenges. Is this more shuffling the problem around or have you seen actual progress being made?

JS: The short answer is “No.” The City is not doing enough. Nonprofits and local religious organizations take on the bulk of the responsibility. Kensington needs harm reduction and a safe injection facility. That’s why I’m donating 10% of the sales of my book to Prevention Point Philly.

An exhibition of photographs from Kensington Blues is on view at Savery Gallery, 319 North 11th Street, until June 3. Gallery hours are Wednesday through Saturday, 11AM to 6PM. Click HERE for more information.

A closing reception that is free and open to the public will be held on Friday, June 2 from 6PM to 9PM.