Editor’s Note: Last month local architectural photographer Betsy Manning began posting images of old industrial work sites along the Delaware River on her Instagram account. I was hooked immediately. The photographs, all taken by Manning in the late 1980s using a Nikon FM2 35mm camera, show some of the last vestiges of heavy-duty commercial operations on the waterfront in Port Richmond. Shot on black and white film, the images are haunting for their high contrast and rich, grayscale tones as they are for communicating the tail end an era when the backbone of the city’s industrial base lay broken, fragmented, and sinking into the abyss of decline.

Featured in this photo essay is the Port Richmond Grain Elevator. The original Farmer’s Exchange grain storage and transfer facility was built by the Reading Railroad Company in the 1880s. The last grain exports were handled on the site at the end of the 1970s. The facility was then used as an export terminal for shipping anthracite fines to Korea until the late 1980s. Conrail, the site’s owner, demolished the remaining grain terminal facility in 1999.

Manning gives a personal account of her visit to the site in 1989.

“I was always interested in the history of the city and what used to be where. I grew up in Northwood (across Roosevelt Boulevard from Sears), so snooping around Frankford Avenue and the Delaware River wasn’t that far away. I had just graduated from Temple with a degree in photojournalism and was working at a photo store at 3rd and South. I spent most of my time taking photos of people, kitchy events, and old buildings.

I remember going to the grain elevator company and just walking up to the office and telling them I thought the place looked cool and asked if I could take photos. The foreman had one of the workers take me all over the place. We went up that huge long stairway to that structure that housed the conveyor belts and then he took me inside (and told me rats would run away from us if they heard us so not to be scared). I haven’t been there in a long time, but I know most of that place is gone. “

The following collection of images marks the second installment of Hidden Lens, a series that highlights the work of local photographers. 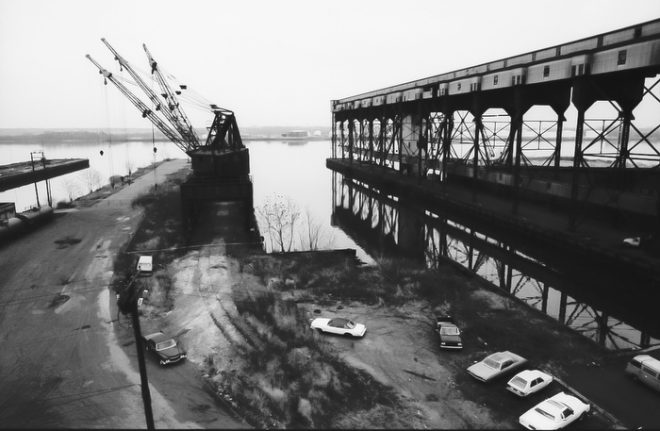 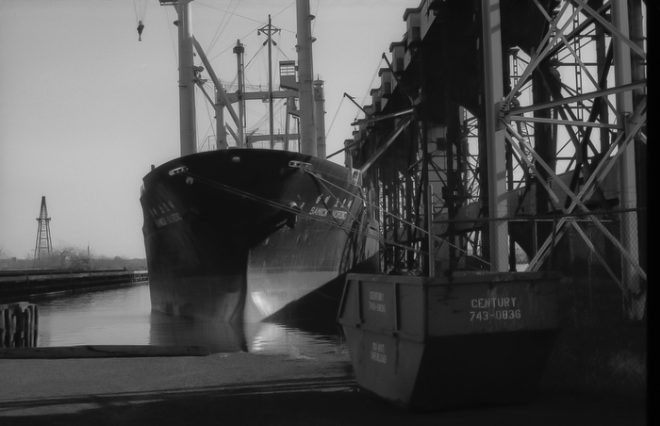 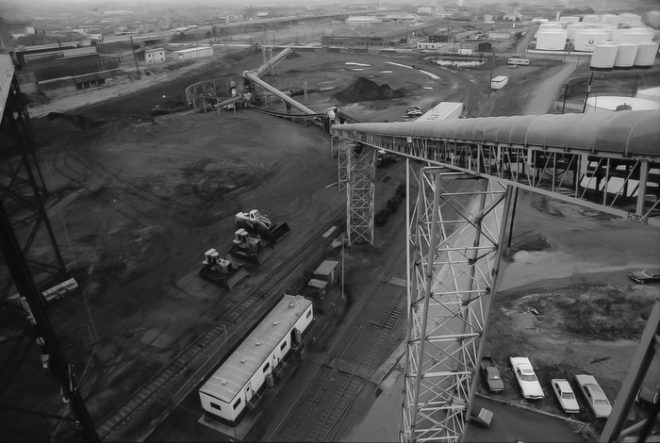 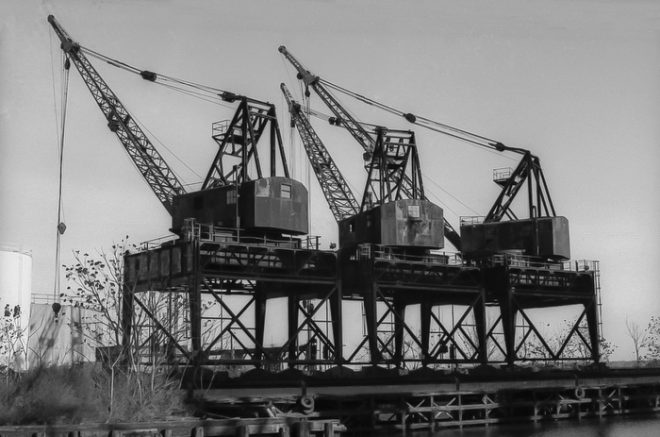 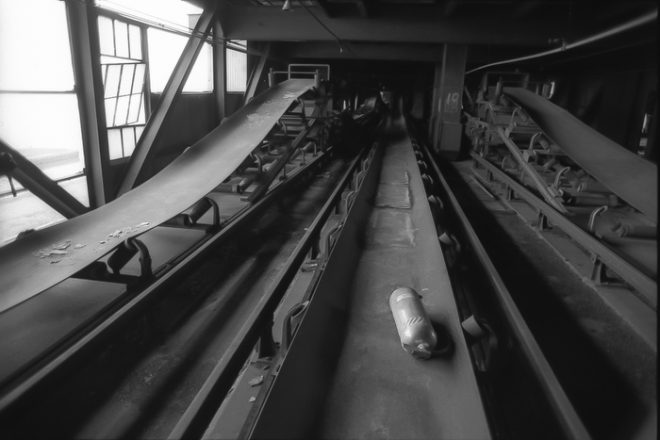 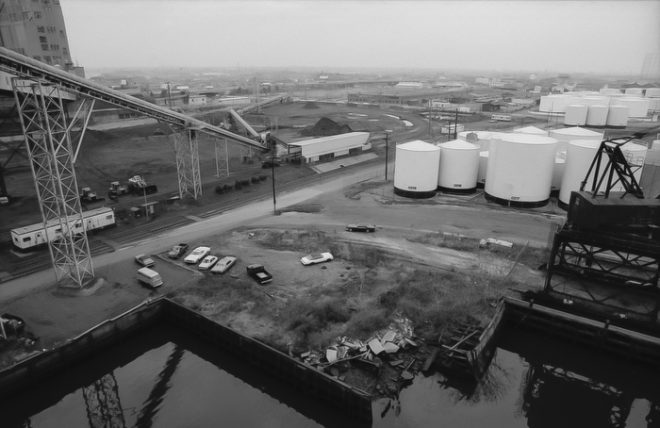 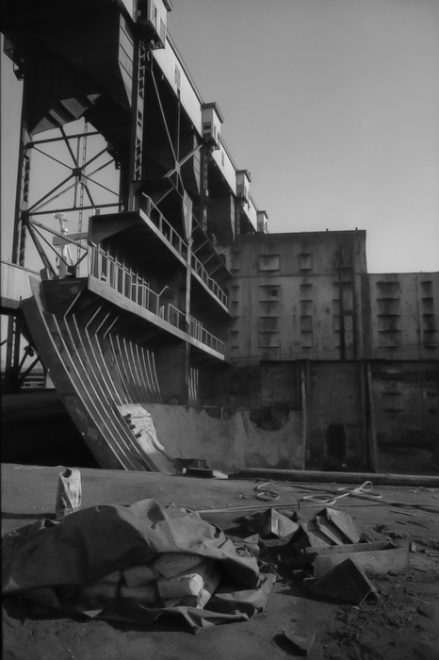 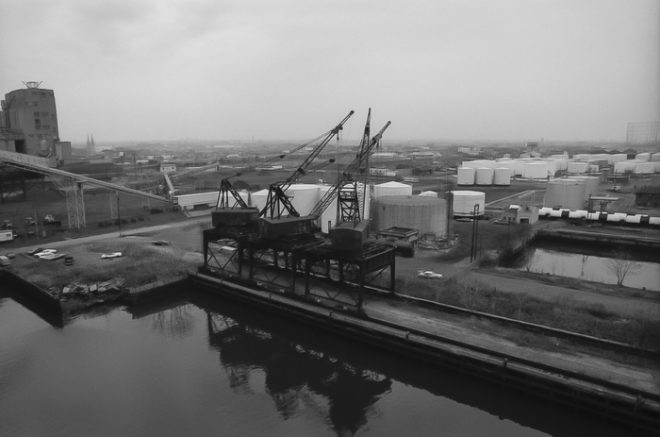 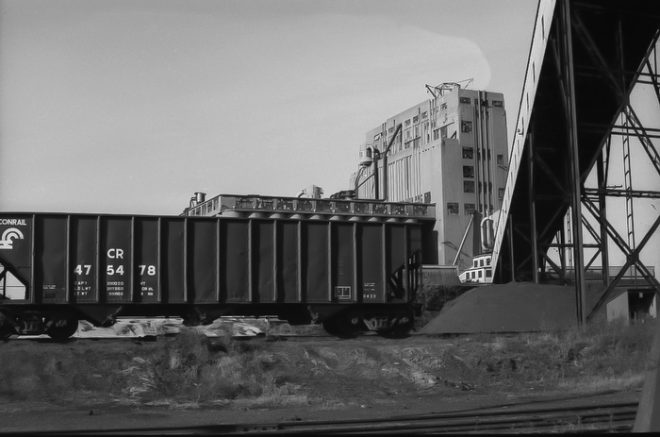 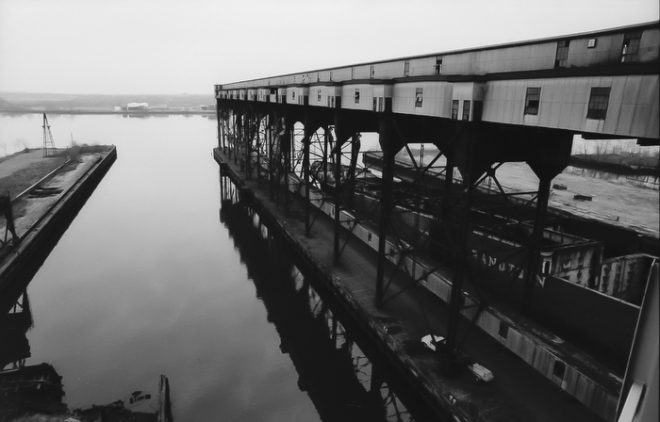 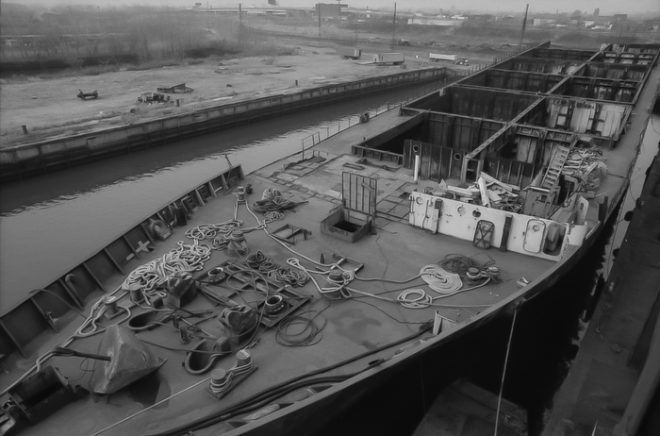 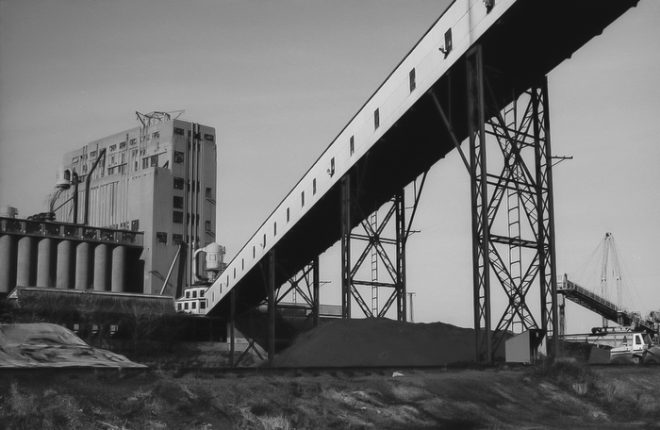 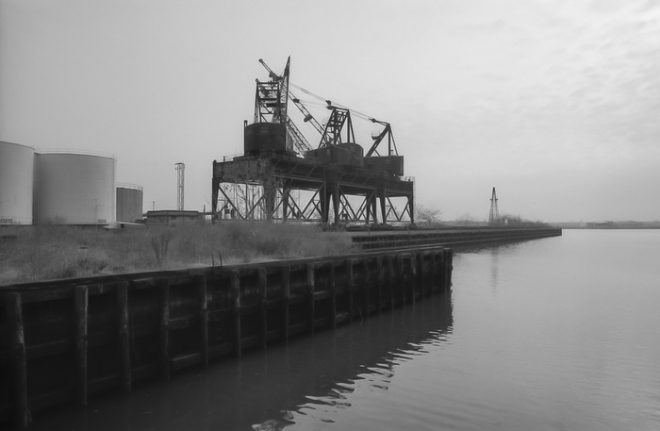 Betsy Manning Betsy Manning is a native Philadelphian and makes a living managing photography in Temple University’s marketing department. But photographing the city’s distinctive, often underappreciated architectural gems is her passion. She earned her bachelor’s degree in photojournalism from Temple University in 1987 and her Master of Liberal Arts from Temple in 2008. Her MLA project focused on the often-overlooked Philadelphia area architect Irv Stein (Penn Architecture, 1953). Manning has exhibited her photos at the University of Pennsylvania, Temple University, and the Pennsylvania State Museum. Her Instagram account is @betsymanning