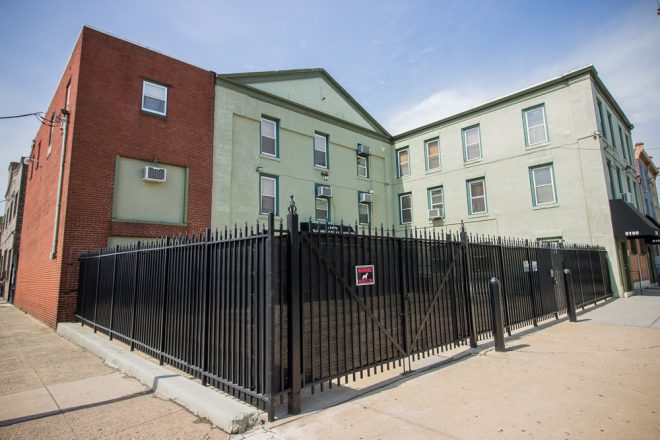 The original location of the George Institute and Library, built in 1873. | Photo: Michael Bixler

West Philadelphia’s history is layered with forgotten stories, many of which are often hiding in plain sight. At 51st Street and Lancaster Avenue, two built remnants of a prominent Quaker family, one an abandoned library and the other a busy event hall, have stood the test of time.

The Gift of Literacy

The George family arrived in the Philadelphia area in 1708. Although the patriarch of the family died enroute, his children grew up to become influential figures in Overbrook. In 1721, the family acquired a 300-acre plot of land (now part of Fairmount Park) which they developed and farmed for income for several generations. In 1868, 83-year-old Jesse George donated his 88-acre portion of the family property to the City, creating the George’s Hill section of Fairmount Park.

When Jesse George died a few years later, he willed over $100,000 to various educational institutions around the city. In 1872, the George Institute and Library was chartered. The following year the library was built on a large lot along Lancaster Avenue in the former city suburb of Hestonville, now known as Cathedral Park. The library was created as a resource for the residents of Hestonville with 10,000 volumes that included rare, Quaker-related books and documents. The Institute also served as a community center where local clubs, organizations, and unions could meet and where low income neighbors received aid from the Hestonville Relief Society.

George Institute served the community while the surrounding area rapidly developed over the next few decades. In 1887, part of the Institute’s property was given to the City in order to open up 51st Street to Lancaster Avenue, changing the building’s address from 5036 Lancaster to 5100 Lancaster. 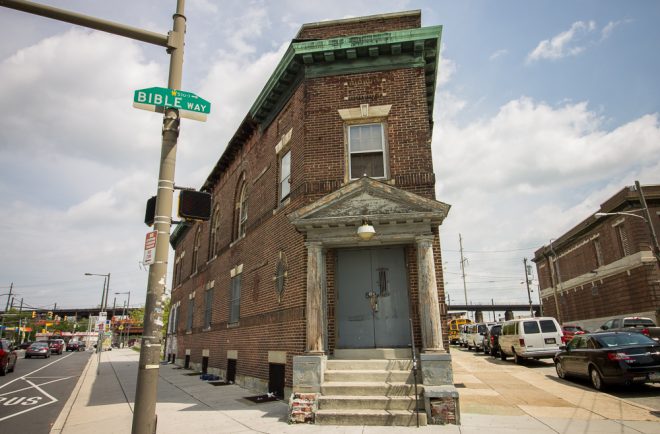 George Institute’s second library, at 51st Street and Bible Way, was built in 1914. It was absorbed into the Free Library of Philadelphia system in 1928. The FLP branch closed in 2001 and now sits vacant. | Photo: Michael Bixler

Under Wynne’s leadership, the library expanded. Sections of the original property were sub-divided and sold off. In 1914, Wynne and the Institute’s trustees purchased a triangular lot at the corner of 52nd and Media Streets (now Bible Way). They commissioned architect E. Allen Wilson to designed a new, modern library.

Wilson was one of West Philadelphia’s most prolific architect during this era and designed the majority of low-slung apartment buildings, row houses, and industrial buildings there. If you throw a rock in West Philly, you are likely to hit one of E. A. Wilson’s commissions.

The second George Institute is still standing today. It became part of the Free Library of Philadelphia in 1928 and stayed in use until June 2, 2001. The building has sat vacant for 16 years.

The Science of Sustenance

Thomas Wynne continued to live in the old building after the new library opened. The original library was sold in the early 1920s and converted into a dye works. Architect H. H. Kline designed the first of many additions to the building in 1921. A host of industrial occupants came and went until the Germantown Manufacturing Company took over the property in 1946.

The Germantown Manufacturing Company was a chemical laboratory that researched and created food additives. Their most prolific product was V.C. Plus, a stabilizer for ice cream that kept ice crystals from forming in ice cream during long-term storage. As business flourished, the company hired architect Kline to design three more additions. The first was complete in 1951, with a one-story addition in the rear of the building. There was an expansion of that addition in 1954, and three stories were added to the building’s southeast side in 1955. Despite all of these additions, the company still needed more space. In 1962, they acquired the old 44th Ward Democratic Club next door and combined it with the old George Institute, creating the property’s current address of 5100-08 Lancaster Avenue. The company also opened branches in San Francisco and Portland. 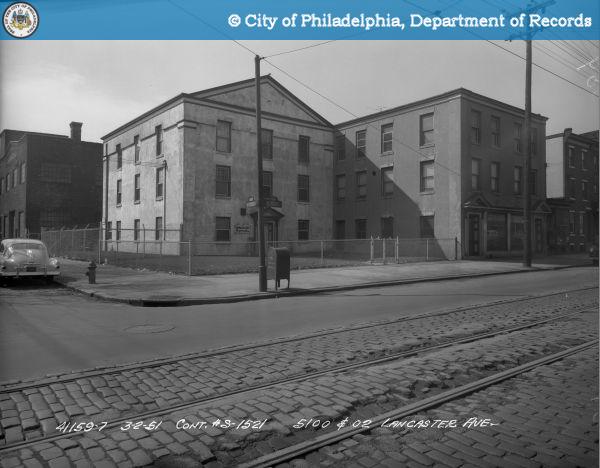 The Germantown Manfacturing Company in 1951. | Image courtesy of PhillyHistory.org

In 1969, Germantown Manufacturing Company moved to Broomall. In 1970, Patrick & Wilkins, a 100-year-old Philadelphia electronics supplier company, moved in. At 5100 Lancaster Avenue, they distributed public address systems, alarm systems, television and radio transmission equipment, signaling devices, and other electronic equipment. After the company moved out in the early 1980s, an auto parts retailer, a day care center, a neighborhood gym, and a printing and publishing office occupied the old library throughout the years.

In 2002, the current owner, based in Central Islip, New York, purchased the property for $130,000. Today, the building is active as an event space called 5100 Lancaster. Several ballrooms, outdoor spaces, and a conference room are available for rent.