Dial Up For The Latest Election News 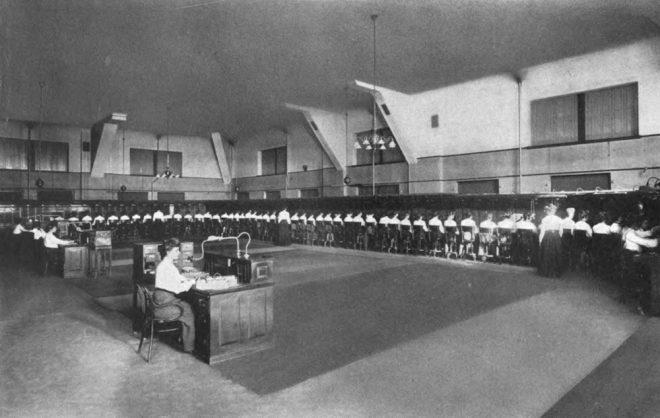 As legacy press institutions and new media ventures experiment with the delivery of news in the present-day we’re reminded of this early experiment. 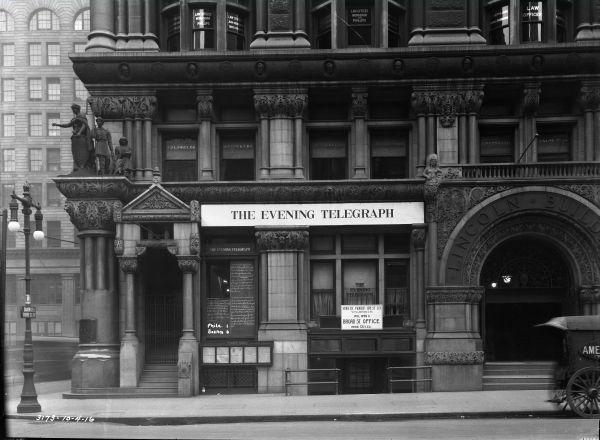 The Philadelphia Evening Telegraph at the Lincoln Building on South Broad Street. A precursor to the electronic news ticker, a collection of chalkboards to the right of the office entrance, keeps passerby abreast of the day’s top stories. | Photo: PhillyHistory.org

Before utilities were consolidated, the Keystone Telephone Company was incorporated in 1900 to compete with Bell Telephone Company. As a result of Keystone’s competition with Bell, Philadelphia had two independent telephone systems, along with their separate wires and exchanges, during first half of the 20th century. Keystone catered primarily to business customers, which is why most city businesses maintained two telephones and advertised two different phone numbers. Keystone also handled municipal, police, and fire communications; for years, city workers called each other on “the Keystone.” All this made Philadelphia the last major city in the United States with competing phone companies.

The number of the Evening Telegraph Information Bureau was 1800 on the Keystone. Forty operators staffed the service. News bulletins were received over special wires from the office of the Evening Telegraph, which placed its entire newsgathering facilities at Keystone’s disposal. The bulletins were written in duplicate, with one copy going directly to the transmission circuit’s operator and the other copy going to typewriters for duplication. 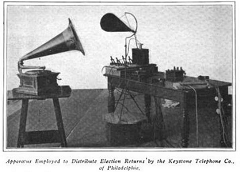 When a subscriber called in for election news, he was asked whether he was inquiring about “special” or “general” returns. If special returns were desired, then a connection was made to the Information Bureau, where operators would answer specific questions relating to the election. If general returns were desired, the subscriber was plugged into a multiple jack connected to an election returns circuit and left there as long as the subscriber kept his telephone off the hook.

Compared to the complicated circuits and apparatuses used by other telephone companies, Keystone’s methods produced a service that was quicker and better. The Information Bureau distributed election returns so efficiently that subscribers knew the results ahead of others relying on other news agencies. In addition to lines in Philadelphia, connections were made on the same circuit to Wilmington, Delaware, Trenton and Atlantic City, New Jersey, and intermediate towns over Keystone wires.

The Information Bureau even employed an early predecessor of MUZAK to keep subscribers occupied while they listened for returns. A phonograph horn and a large Victor record player was used to deliver prerecorded music over the circuits.

The Evening Telegraph also supplied election returns to twelve theaters in the city, as well as several large hotels. At the same time, election news was displayed on large canvas boards at seven important points throughout Philadelphia. 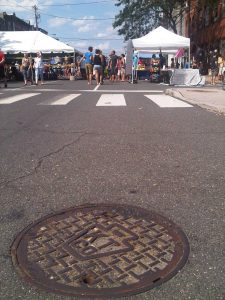 Keystone’s experiment was a clear success, as it was estimated that some 75,000 Information Bureau calls were made and answered over Keystone lines during the election of 1904. This did not include out-of-town service or special calls for news other than election news.

Alas, a wide variety of additional uses for the service, including job postings and lost and found notices, suggested by the Evening Telegraph Information Bureau never came to be. When it ended the experiment, the publisher of the Evening Telegraph gave no reason. Perhaps the limitations of early electronic technology, coupled with the need for a small army of human operators, signaled the early end.

The Evening Telegraph ceased publication on June 28, 1918, after Cyrus Curtis purchased the paper and merged it with his own newspaper, the Evening Public Ledger. Years later, when Keystone was finally absorbed by Bell Telephone in 1945, it was one of Bell’s last competitors in the nation. You can still spot the company’s manhole covers that bear the acronym “KTCo.”