Inside SEPTA’s Unused Underground Concourse, To Be Restored 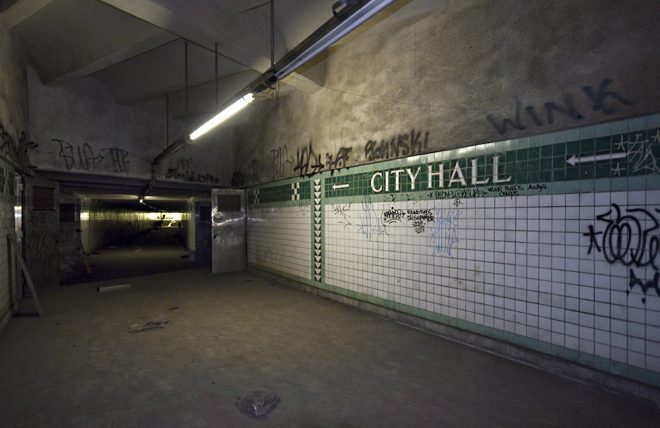 With the Center City Concourse Improvement Program SEPTA plans to fill a number of abandoned pedestrian tunnels with shops, public artwork, and event programming like weekly farmers’ markets. Tunnels like this one are likely to remain empty. | Photo: Chandra Lampreich

The underground Center City Concourse system has provided pedestrians with a way to avoid walking at street level for almost 90 years. Originally built by the Philadelphia Transit Company, these tunnels were sold to the City in 1968 when the newly formed Southeastern Pennsylvania Transportation Authority couldn’t afford to purchase the vast subterranean system from the PTC. The abandoned stretch of tunnels, photographed by Chandra Lampreich for this series, is located roughly between Arch and Race Streets along the east side of Broad Street. Much of the concourse has been closed for 40 years. But last year SEPTA launched the Center City Concourse Improvement Program, a $68.2 million plan to reenergize the empty concourse along Broad and Market Streets by 2021 with infrastructure upgrades, interactive transit signage, new storefronts, and the development of creative placemaking for public artwork, farmers’ markets, and special events. However, there are no tentative plans for the concourse tunnels documented in this piece. As far as we know they will remain empty.

The underground walkways date to 1930, with the opening of Suburban Station. The first iteration of tunnels wasn’t originally intended to be a pedestrian walkway to avoid weather. The labyrinth was instead used during the construction of the subway system—a divergence from the typical “cut-and-cover” technique often followed by other cities. Instead of creating a trench to be filled with a tunnel, workers dug underground to construct the subway tunnels from below without disrupting the flow of traffic at street level, with the original concourse used to aid in the movement of construction materials and equipment. By the 1950s, the proposed innovative commuter tunnel—connecting Jefferson and Suburban and overseen by the Executive Director of the Philadelphia Planning Commission Edmund Bacon—provided opportunities to expand the system of walkways. The tunnel expansion with included concourses were intended to draw middle class visitors into the vast system of retail stores below. Although the commuter tunnel was not completed until 1984, work began on the concourses immediately. The Gallery opened in 1977, providing a valuable bookend to the vendors who occupied the network of underground walkways. 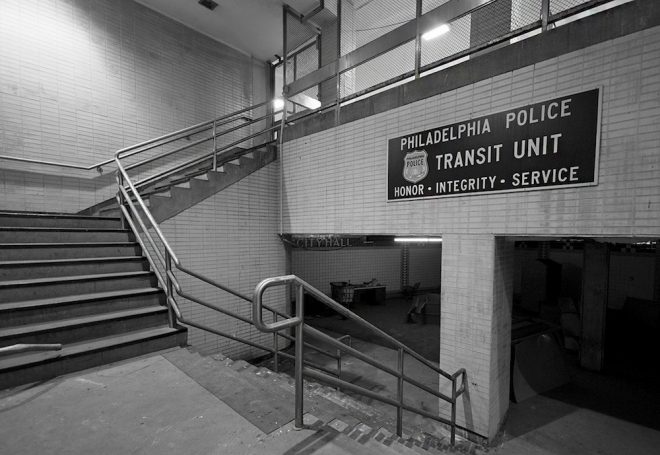 Entrance to the empty offices of the Philadelphia Police Transit Unit. The division was replaced by SEPTA’s own 220-officer transit police force. | Photo: Chandra Lampreich

Over time, a total of three and a half miles of tunnels and hidden hallways have been added to the system below the city, stretching from 8th Street to 18th Street and South Street to Walnut and Locust Streets. These tunnels included shops, entrances to buildings above, and a division of law enforcement, the Philadelphia Police Transit Unit. This division preceded SEPTA’s own transit police and operated separately even after SEPTA’s was put into service. Now called the Concourse Unit, you may have seen officers patrolling the tunnels with their black Transit Unit gear on. Vast swaths of these walkways have since been closed with commuters, fearing crime underground, preferring streets, according to a survey conducted by SEPTA in 2012. Other sections of the tunnels never opened to the public due to private ownership and maintenance usage.

SEPTA has leased the concourse from the City for the past 30 years. Phase One of SEPTA’s four phase enter City Concourse Improvement Program has already begun with the replacement of the 8th Street and 15th Street escalators, as well as the elevator connecting 8th Street Station to the street. The first major concourse work started in 2015 when SEPTA closed the tunnels that connected South Broad Street to Market and 8th Streets. The overhaul will see 20,000 square feet updated, reconfigured, and repaired. During this phase, “Philadelphia Then and Now,” a mural originally installed in the Gallery, will be moved to the Market Street section of the concourse, fairly close to its original location. 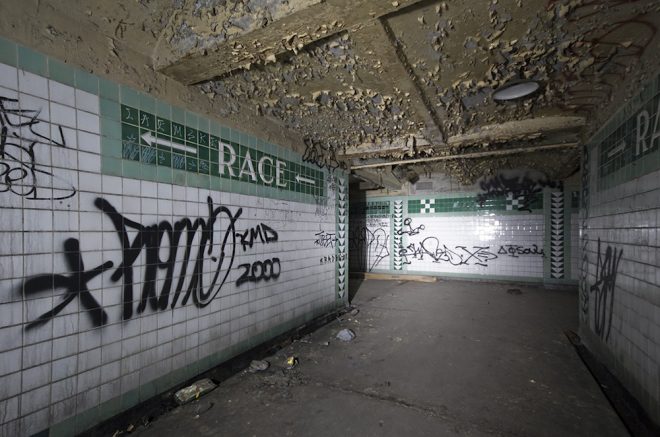 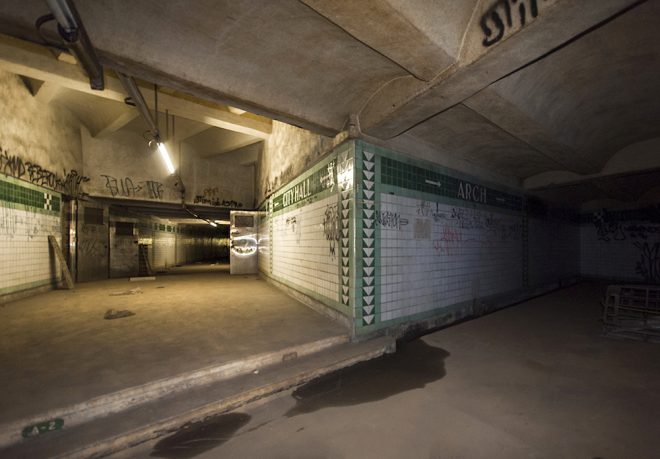 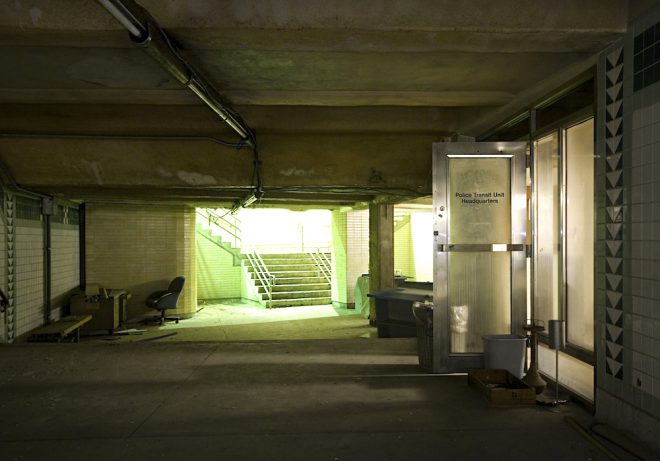 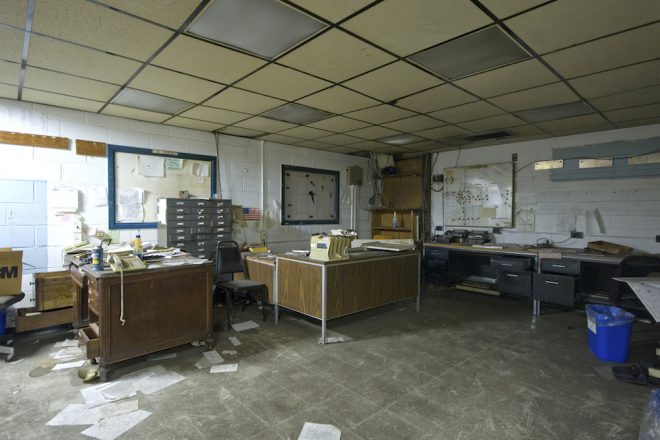 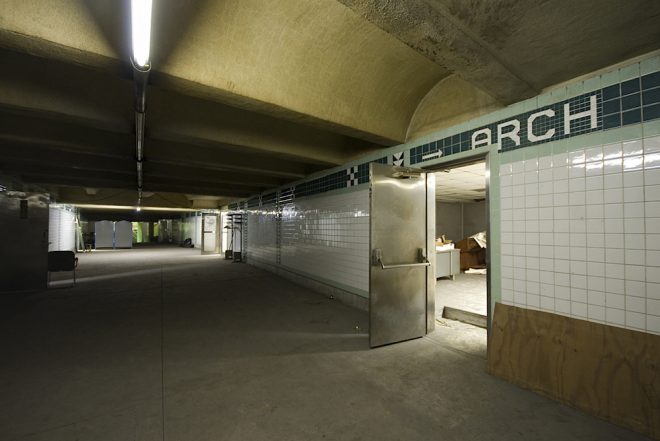 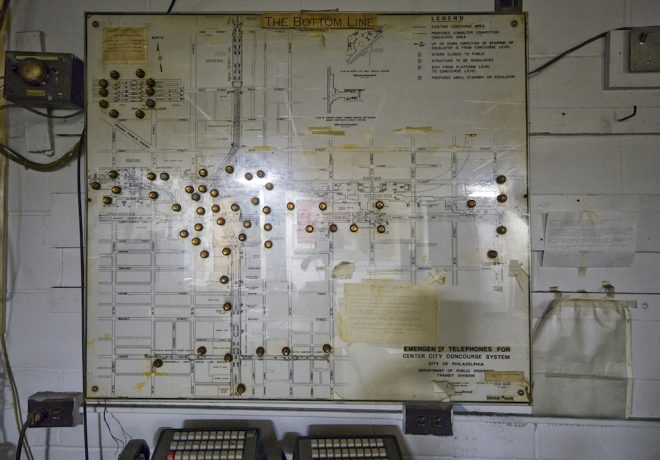 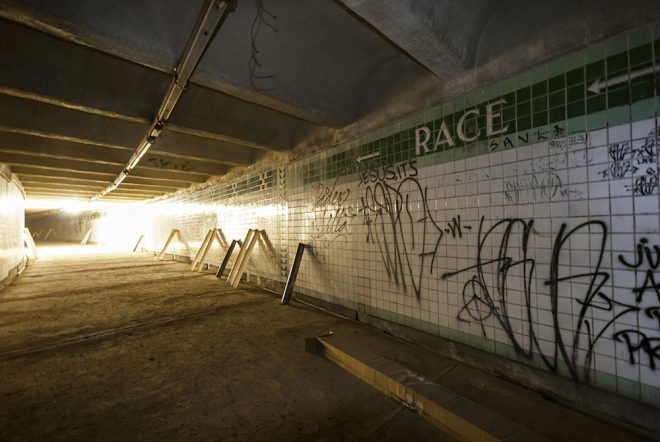 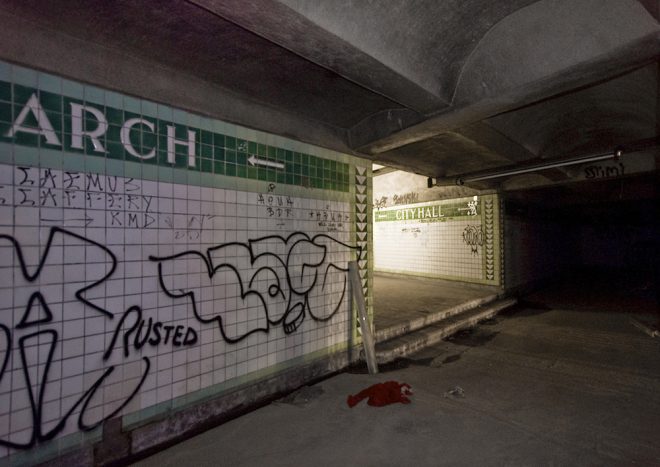 Samantha Smyth and Chandra Lampreich Samantha Smyth is originally from Calgary, Canada, but she's currently working on a degree in history at Temple University. With a particular interest in early America, she hopes to become a public historian in the future. In her spare time you can find her reading books about royal families, writing, and exploring Philadelphia. Chandra Lampreich became interested in photography in high school, and then continued her training at Antonelli Institute where she received an associates degree in photography. She specializes in architecture photography, and has a passion for shooting old, dilapidated buildings. Her photographs can be seen on Flickr here.