Church Demolition By The Numbers: More Questions Than Answers 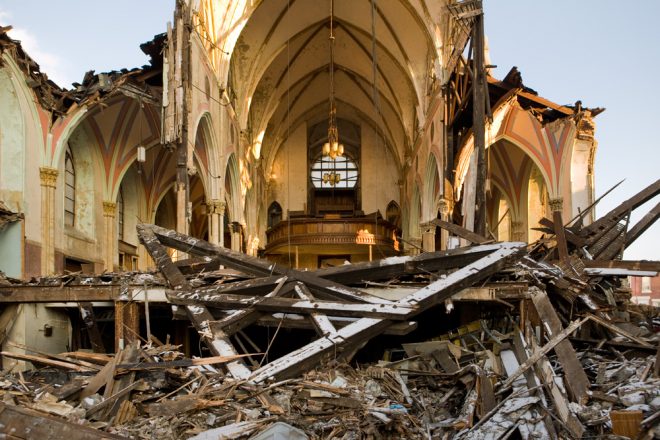 As a senior program manager for Partners for Sacred Places (and a regular contributor to Hidden City Daily), I have been tracking and analyzing the pattern of religious building demolition for the past six years in an effort to better understand how these demolitions are happening.

Those in Philadelphia’s preservation and planning communities have observed that as development pressure has increased, demolition of purpose-built religious properties has escalated. This trend does not discriminate and has resulted in the loss of buildings ranging from modest to monumental—each significant in some measure.

Partners for Sacred Places’ data validates the commonly held assumption that development pressure directly affects the fate of a closed church or synagogue. In fact, the vast majority (79 percent) of recent demolitions in the city are associated with development pressure, which is occurring at an unprecedented rate in neighborhoods—traditionally working class and immigrant neighborhoods—throughout Philadelphia.

Since 2009, 28 religious buildings have been demolished including:

From this list, I was able to determine that: 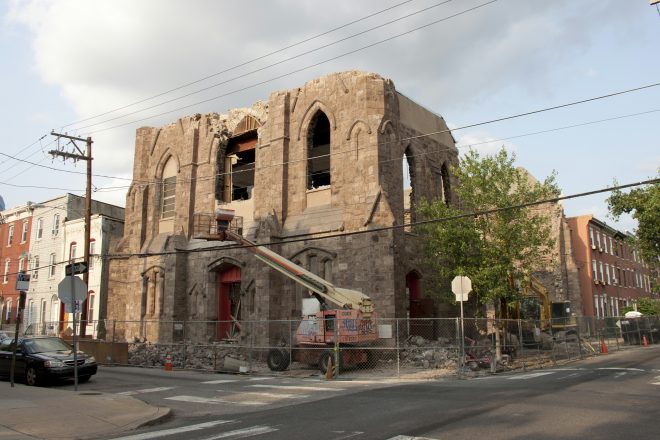 I suspect that a congregation’s connection to its building and history plays a role in the decision-making process once its leadership, either at the level of the congregation or judicatory, depending on the faith tradition, has decided to downsize, merge, or close. If this it true, it means that religious buildings that no longer house their original occupant may be in greater danger of being demolished as opposed to adapted.

Of the 28 demolitions, only six properties (21 percent) were demolished for other reasons. There are three instances of demolition in response to critical conditions issues—including one collapse: that of Central United Methodist Church in Frankford. And there are three instances of demolition prompted by organizational downsizing. In these cases, the owners of the properties deemed them either redundant or too-costly-to-maintain. 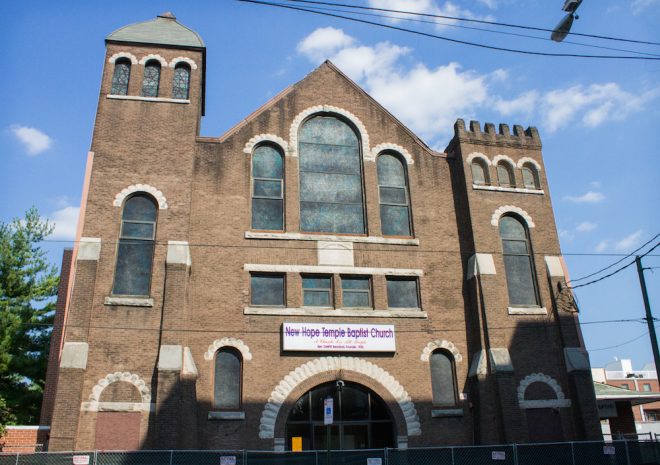 The former Union Baptist Church at 12th and Bainbridge where world renowned contralto Marian Anderson learned to sing. The church was demolished for new residential construction in 2015. | Photo: Michael Bixler

These numbers have left those of us at Partners for Sacred Places with more questions than answers. How can we aid congregations that can no longer afford to remain in their buildings—particularly those that need to transition their buildings? What can City officials do to make adaptive reuse as attractive, if not more attractive, than demolition to developers and investors? Were any of these properties eligible to be listed on the Philadelphia Register of Historic Places, which would have protected against demolition? What can we learn from the cases in which demolition appeared to be imminent, but was narrowly averted like St. Laurentius in Fishtown? What can we learn from the cases in which reuse (whether it represented the highest and best use) was favored by both the congregation and developer?

Philadelphia’s residential building boom continues to threaten the historic fabric of the city with no indication of slowing down. Questions like these must be addressed and acted upon before the homogeneity of unchecked new construction strips our neighborhoods of their architectural and cultural character permanently.