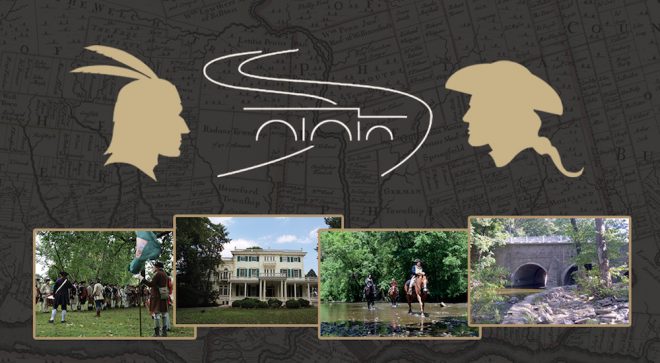 Tourists flock to Philadelphia to visit Independence Hall and the Liberty Bell in Old City with the notion that the city’s most important historic monuments reside within just a few short blocks. The King’s Highway, a new documentary, directed by Jason Sherman, challenges this assumption by highlighting a wealth of overlooked American stories and national monuments concentrated in Northeast Philadelphia, including Disston Estate, Frankford Arsenal, and Glen Foerd on the Delaware. The documentary premiers tonight, Tuesday, December 6 at 7PM at the Kimmel Center.

“If you know the story of Philadelphia and America, a lot of information was left out. The film focuses on all of the information that is missing,” says Sherman.

The film’s name comes from a 1,300-mile stretch of highway that spans from Boston, Massachusetts to Charleston, South Carolina and runs through what Philadelphians know today as Frankford Avenue.

Use of the King’s Highway dates back to before European colonization of North America, when it was a foot path traveled by Native Americans. It evolved into what became the longest continuously used road in the United States. Today, the road abounds with historic markers that most don’t pay much attention to, including the filmmaker himself.

“I live two blocks from the King’s Highway,” says Sherman, “I didn’t even know what it was.”

After reading about Lenape artifacts found in Pennypack Park near his home, Sherman became consumed with researching the highway. He began interviewing local historians and quickly found that the film would not only illuminate an important piece of the past, but provide an urgent call-to-action for the present.

“There are lots of places in danger of being lost. The buildings that we’re losing have links to our forefathers that everyone cares about in Old City, but nobody cares about in Northeast Philadelphia,” Sherman says. 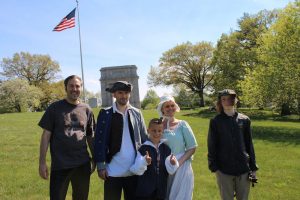 On the set with Sherman, left, and a family of reenactors. | Photo courtesy of Jason Sherman

Historians interviewed for the film consistently noted the loss of sites along the King’s Highway. Adjusting his focus, Sherman began exploring historic preservation issues. Rather than being a purely historical narrative, The King’s Highway highlights the story of hard-fought battles to preserve parts of regional and national history like the Byberry African American Cemetery and the Lower Dublin Academy.

Joseph Menkevich, one of the historians featured in the film, submitted a nomination for historic designation that eventually granted Lower Dublin Academy its historic status. He has worked for a number of years to keep historic properties protected from developers who sought to demolish them for redevelopment. He believes that The King’s Highway provides a clear view of just how dire the situation is for many sites.

“The film is a statement on how weak the City’s stance on preservation is,” Menkevich says.

Sites like the Pennypack Bridge, which once carried horses and today carries cars across the King’s Highway, are in dire need of restoration. Sherman hopes that the film will inspire others to become more invested in the city’s history and encourage the preservation of sites that speak of U.S. history with just as much import as Independence Hall.

“The United States of America was not decided in Old City, it was decided in Frankford on the King’s Highway,” says Sherman. He hopes that the film, which he researched and produced for over a year and a half, will enlighten audiences with a new take on a well-worn historic narrative.

Sherman screened an early version of the film in August for an audience of 300 at the historic Devon Theater, the oldest theater located along the King’s Highway. The film was then recut and refined for the First Glance Film Festival, where it was voted Best Feature Documentary. The screening in the Perelman Theater at the Kimmel Center on Tuesday will be the first general public showing of the award-winning theatrical cut.

Purchase tickets to the premier of The King’s Highway HERE.