Triumph And Tragedy Under The El 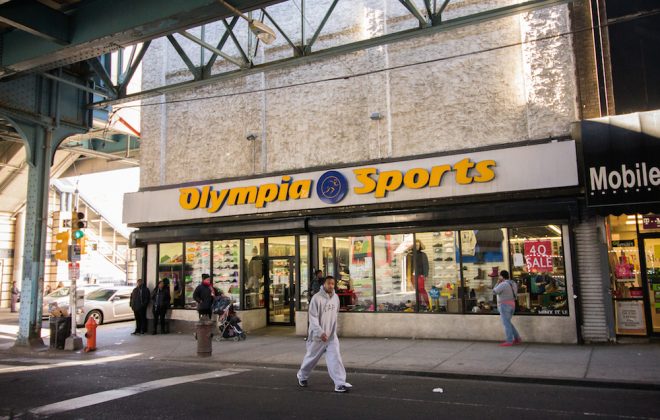 The sneaker store at the northwest corner of Front and Dauphin Streets in Kensington conceals a bittersweet history. Once the fetching flagship store of the Frankel Shop, a well-to-do women’s clothing store, the building’s grubby stuccoed façade now speaks in muffled tones of the tragedy of the company owner’s death in an era when shops under the El were a popular retail destination.

Armin Frankel was a dauntless women’s wear merchant constantly expanding his retail portfolio. When one of his early fur stores burned down in 1908, Frankel rebuilt the fur store, opened another women’s wear shop at 8th and Filbert, and purchased a millinery, which he made into his own, the Frankel-Hayes Hat Company. 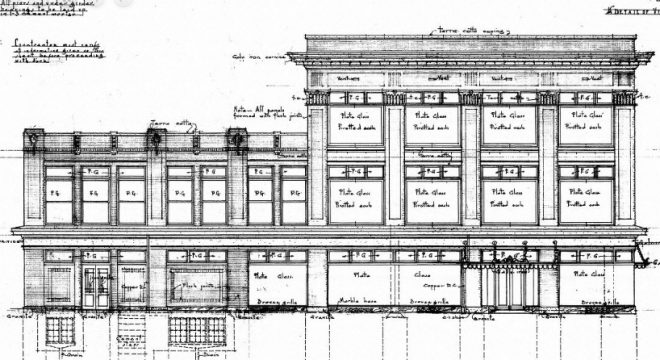 In 1916, with construction of the Market-Frankford Line underway, Frankel looked to capitalize and bought the properties adjacent to his Front and Dauphin store. As this stretch of Front Street was already the area’s premiere shopping corridor, Frankel commissioned the architecture firm Magaziner & Potter to design a storefront that would stand out.

Frankel installed Conklin-Armstrong terra cotta with copper and galvanized iron details on the façade of his $36,000 showpiece. The store featured expansive plate glass windows on each floor, giving the store sizable display windows on both Dauphin and Front Street. Magaziner & Potter’s design included a massive electric sign just tall enough to be seen from the platform of the York-Dauphin station when it opened in 1922. 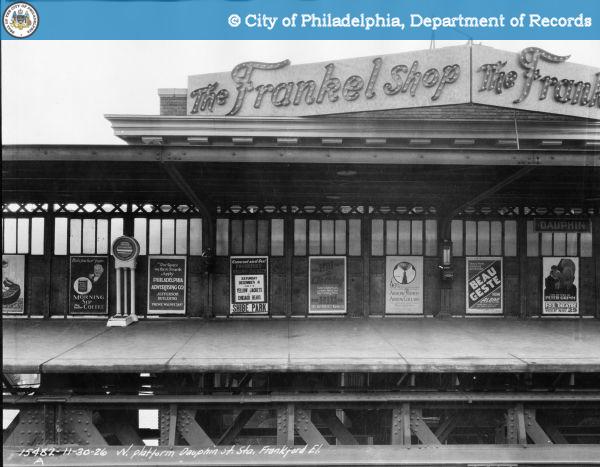 Frankel’s sister, Yanka Haskins-Graham, was an opera singer of international repute. After her husband died in 1928 she was stricken with loneliness and depression. She sold her home in Bushkill, New York and traveled around the country visiting friends and relatives. In October 1930, while visiting her brother in Philadelphia, her depression overwhelmed her. She jumped from the roof of the Warburton Hotel at 1929 Sansom Street (now Kate’s Place). Her suicide, it is imagined, led to Frankel’s. The retailer’s body was discovered in the Delaware River six weeks later. The Frankel Shop closed soon after. Both suicides made headlines across the region. 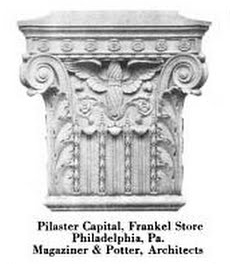 By 1938, the building became one of the many W.T. Grant’s Five and Dime stores. The national chain, in business until the late 1970s, was a contemporary of Woolworth’s and S.S. Kresge. This particular W.T. Grant location stayed open until the building was sold in 1966 to Seraphine “Finny” Zeigler. A shoe store leased the space until 1987. The original facade had begun to crumble by the 1970s and was sealed in stucco in 1975.

The building was sold to Jong and Janet Ko in 1987. The couple owns several of the Olympia Sports chain locations in Philadelphia and the old Frankel Shop has been one ever since.

With the neighborhood around Front and Dauphin popular once again, the old Frankel Shop may likely find yet another reuse—and perhaps even have its lovely terra cotta façade restored to its original beauty.