Location Is Everything: Confessions Of A PhillyHistory User 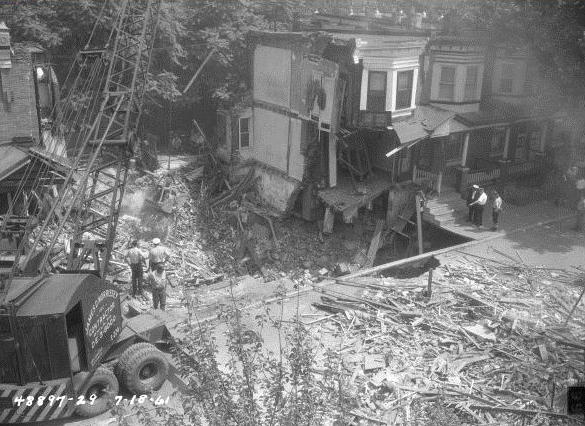 I am a son of Philadelphia. The layout of the city is in my blood. In my early adolescence I developed a photographic memory for street names, neighborhoods, and topography. I consumed maps and atlases. When I wasn’t at school or at work I traveled all over the city to see where a road ended or to note the differences in styles of row houses. My mind was a GPS receiver and the city my survey. Today, I put this passion into the geotagging work I do as a volunteer contributor of PhillyHistory.org.

The Philadelphia City Archive is a spectacular look back at photographs of city life over the past 150 years. There is a rich historical photo gallery of homes, as well as infrastructure and risk assessment images from 1880 to 2007. The website also features captivating views of architecture, technology, fashion, and topical issues of the day.

There are nearly two million photos in the archive. 135,000 have been posted on the website so far, while over 11,000 have landed in the purgatorial “No Address” category. There are headshots of famous people who died over a century ago, photos of ships and bridges taken in other countries, and some which only the photographer knew of its origins. Thankfully, with a little work many of these images can be identified. I have personally pinpointed the proper locations of 5,600 photos so far, with many more waiting for review.

When I started reviewing photos in 2006 I was mesmerized, but quickly noticed that many were not correctly located or had no stated location. I began making corrections by submitting error reports to the website. Many of my corrections were confirmed using Google Street View and online resources provided by the indispensable Greater Philadelphia GeoHistory Network, where there are a multitude of different detailed maps from 1855 to 1962 like the famed Bromley Atlases and Hexamer General Surveys. Another great resource is Historic Aerials, which provide details of streets and sewer construction. From phone books from the Free Library, I’ve even matched old business signs with street addresses. 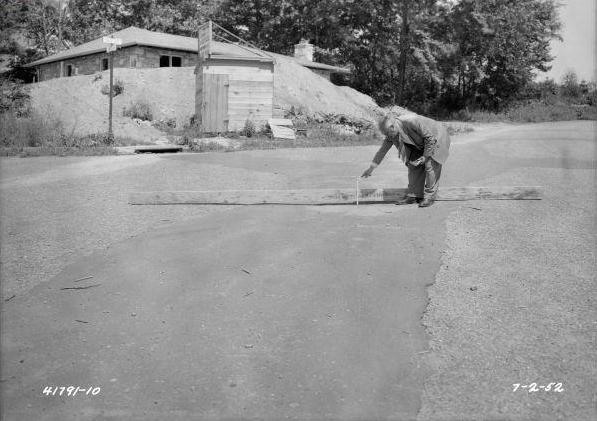 Another unique stockpile of information is located in the Water Department Historical Collection. I have researched over 1,000 water and sewer plans since 2011, and have made roughly 1,500 corrections using this resource. Determining the exact location of a residential sewer connection 15 feet beneath a city street or in the middle of a farm field 60 years ago can only be done with these remarkably accurate plans using measuring stations and matching them to the photo’s description on the City Archive website.

Over the course of a decade I have evolved into an amateur historian, draftsman, and puzzle solver. Seeing a photo and recognizing what the sunny or shady side of the street is, what style of homes are indicative of particular neighborhoods, or that lucky glimpse of a number or a partial street sign can easily lead to a photo’s location.

For instance, last year I geocoded a photo of a small, single home with a hip roof at the northwest corner of 10th Street and Chelten Avenue by deducing where the property could have been using aerial photography. I then matched storm sewer grates with the architecture of several neighborhoods, and finally narrowed down the proper location in Oak Lane. 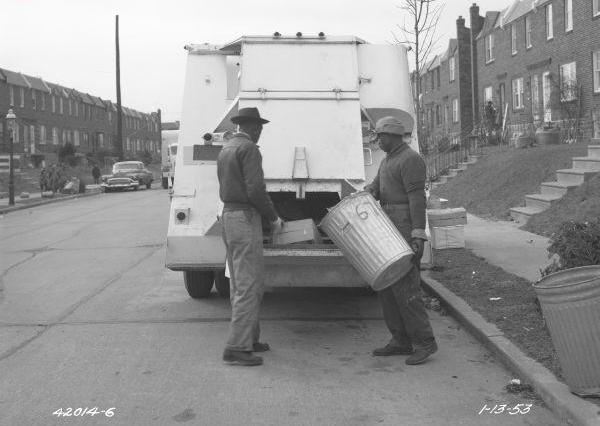 Lescas identified the location of this nondescript block in Oxford Circle by using neighborhood row house typology and the number “67” written on a trash can. | Source: PhillyHistory.org

Another time I came across a series of photos of a new trash truck in front of some row houses. In one photo the number 67 was visible on a trash can. I was able to take my knowledge of the city, narrow it down to 20 targets, and then go one by one to distinguish the features of each street until I found the exact spot in the photograph, the 6700 block of Horrocks Street looking southwest.

Why do I do this, you might ask. I don’t get paid, and I am certainly not doing it for recognition. Most of the time the correction will just take place and the street location will be added or changed without any note from the site’s administrators. Other times I do get a little morsel of credit and that boost keeps me moving forward, my motivations quietly validated with credits like, “A PhillyHistory User has identified this photo as being at A and B St; this has been confirmed” or “Thanks to a PhillyHistory user for helping us to geocode this image.” In the end, I do it to be helpful and because it is fun.

The City Archive has given my deep affection for the city an outlet where I can nurse an obsession for problem solving and urban geography with voracity. In a way, this work is my small, but useful contribution to the city. I want researchers and archivists living a century from now to know where obscure buildings were located and what 20th century infrastructure was like. Perhaps some will even come across this article in 100 years and get acquainted with one PhillyHistory.org user’s labor of love. 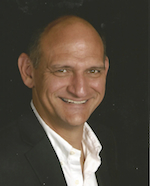 Louis Lescas Lou Lescas is originally from Northeast Philadelphia and is a Temple University graduate. For years he worked in the roller skating industry. Since the sale of his business, he works as a church administrator, a painter, and spends his spare time on historical research in and around the Delaware Valley. He is married with two adult sons.