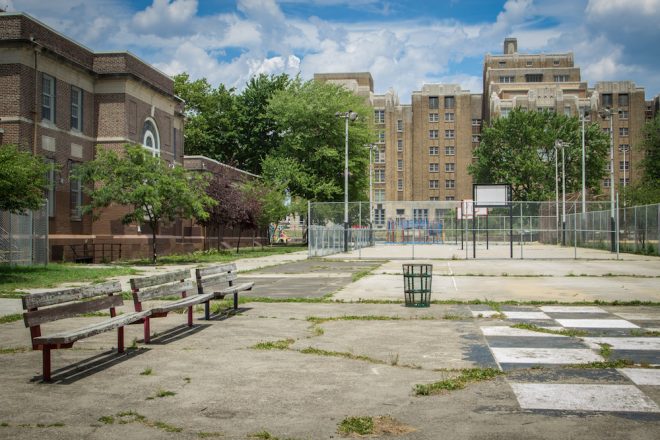 The Cecil B. Moore Recreation Center in North Philly is in rough shape. Weeds have broken through the pavement on the basketball court. The entire basement is infested with mold. The roof above the gymnasium is buckling inward due to water damage from a leak. But hope is on way and will be largely funded by the citywide Soda Tax that was fast-tracked by Mayor Jim Kenney and approved by City Council on June 18th. If all goes according to plan, the 1.5-cent-per-ounce tax on sugar-based and diet beverages—the first of its kind for a major U.S. city—promises to be the tonic to the city’s vast network of ailing public facilities.

Community schools and pre-K programs being developed now by Kenney administration officials will be the largest recipient of Soda Tax revenue. However, a significant portion of funds will go to help rebuild some of the city’s many public facilities, including upgrades to rec centers, parks, and libraries. This effort began with the previous administration of Mayor Michael Nutter. In 2007, at the start of his administration, Nutter pledged $19 million in new funding for park and recreation center facility upgrades, but the economic crisis redirected almost all of those funds elsewhere. More recently, under Nutter, Parks and Recreation staff crafted the Rebuilding Community Infrastructure program, a $350 million roadmap for investment.

Revenue generated from the Soda Tax will not directly fund this initiative, but will instead go to financing municipal bonds. These bonds, according to Philadelphia Parks and Recreation commissioner Kathryn Ott Lovell, will cost tens of millions of dollars to maintain annually. $300 million in funding will come from the sale of new bonds; another $8 million from the City’s capital budget over the next six years will make up some of the difference. 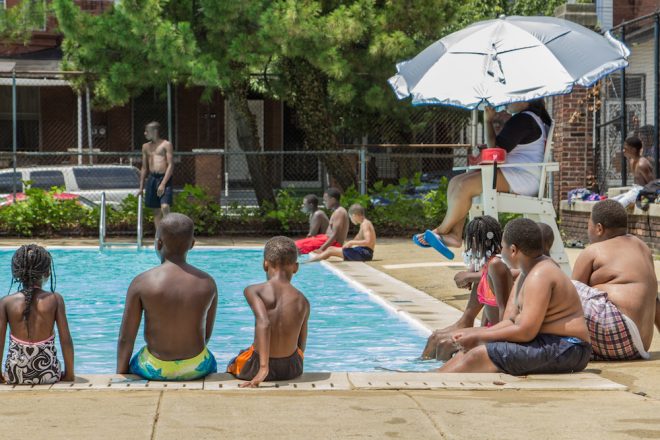 Keeping pools open and facilities safe are done on a shoestring budget with the help of rec center caretakers and considerate community members. | Photo: Tyler Horst

Salvation for the city’s critically underfunded rec centers has been a long time coming. A survey led by a team of consultants and PPR assessed 407 different sites throughout the city. Of those facilities, only 39 were listed in the asset report as in “good condition.” The other 368 need at least a “smaller fix,” which could be something relatively simple like a playground safety surface. Another 43 sites, like Rivera Rec Center in Fairhill and the Ramonita de Rodriguez Branch of the Free Library on West Girard Avenue, need a complete overhaul, including total renovation or a brand new, redesigned building, playground, or park.

“I am shocked at the condition of these facilities,” says Lovell, who took office six months ago.

Although prioritization of heavily-traveled sites is ongoing, the dire condition of public facilities in areas outside of Center City is not a new issue.

“Historically, [public spaces] have been under-resourced in terms of capital investment,” Lovell explains, noting that money has usually only been available for quick fixes and emergency repairs. “You have a system that is crumbling in the most basic of terms. What is saddest to me is that [their condition] in no way reflects the quality of what happens inside the facilities,” says Lovell.

Holding Out Until Help Arrives 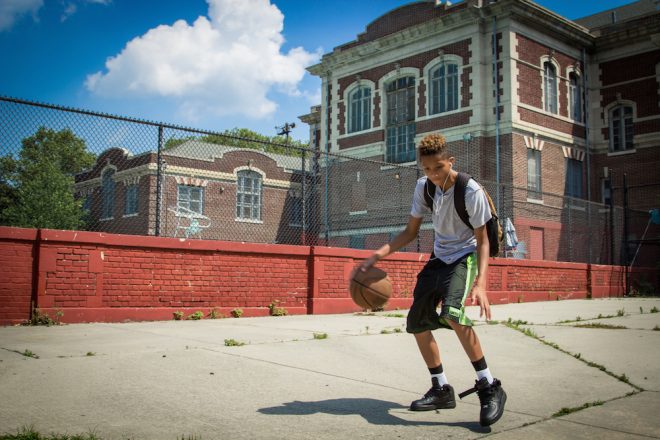 Thirteen-year-old Shamide Williams, of West Philadelphia, comes to Kingsessing Recreation Center at least twice a week to swim and play basketball. Kingsessing Rec is one of the 43 sites in need of an overhaul. When asked what needs to be fixed, Williams immediately rattles off a list including the bathrooms, the boxing gyms, the basketball courts, and the stairs, which he says are caving in.

The Cecil B. Moore Rec Center is also on the list for a major overhaul, but that hasn’t stopped its staff from keeping daily programming there going strong. The facility hosts a summer camp for neighboring children, and in the afternoon, kids mingle with young adults at the swimming pool.

“My job is to make a clean, safe space for children to play,” says Verland Wayns who, for the past 10 years has been working every day of the week as Cecil B. Moore Rec’s caretaker. He knows the facility inside and out.

“It’s needed a change since I’ve been here,” Wayns says of the poor conditions of the building.

Over the years, Wayns says, his community tried numerous fundraisers to fix the deteriorating facility, but it was impossible to raise enough money for the critical renovation that it desperately needs. Without basic operations funding coming in from the City, the Cecil B. Rec Center could not survive. 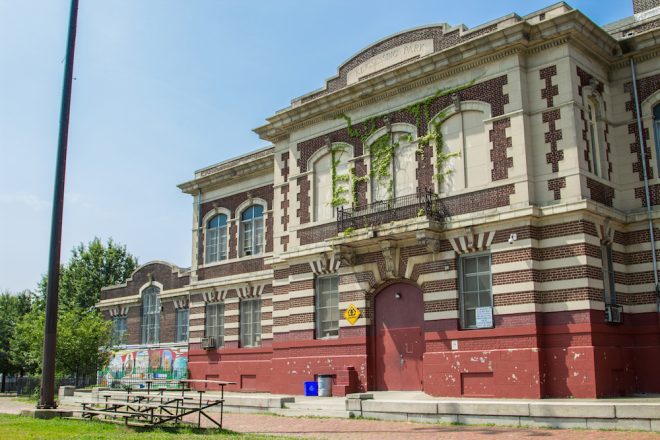 The Kingsessing Recreation Center at 4901 Kingsessing Avenue was built in 1916 on the grounds of the Belmont Cricket Club. The facility is one of 43 sites in dire need of an overhaul. | Photo: Tyler Horst

Lovell says the main goal of the Rebuild Community Infrastructure program is to correct a long-standing geographic imbalance in funding.

“First and foremost, it’s about building equity throughout our city. We’ve done an incredible job of investing in public space in City Center. We haven’t done as much work in the neighborhoods,” she says.

While the Center City District assembled some $50 million to rebuild Dilworth Park, children like Shamide Williams climbed crumbling stairs and dodged leaking ceilings in their neighborhood rec centers. Lovell thinks a reordering of priorities is due, especially considering how important public spaces are to communities and neighborhood identity.

“Parks and recreation centers are deeply personal to Philadelphians. They are a sense of pride, and they are also safe havens for so many people in these neighborhoods,” she says.

Bonds will not be issued until the fall, and, according to the Mayor’s Office, there is no established list yet of which facilities will be addressed first. Until then, Verland Wayns, like the dozens of others who fulfill similar roles in neighborhoods across Philadelphia, anxiously waits for the improvements and upgrades to begin.

“I’m not just thinking of this rec center,” he says, “but of this community.”