Berned Out On The Doorstep Of The DNC

In theory, FDR Park and the protest area outside of the barricades of the Wells Fargo Center—ground zero of the 2106 Democratic National Convention—is the front lines for political demonstrations. All delegates entering the network of gates and security checkpoints on their way to the convention floor must pass within five feet of rally cries blaring from the megaphones and strained vocal chords of Bernie Sanders supporters and a cacophony of other divergent political rants that fill in the background. This “Free Speech Zone,” the city’s official protest perimeter, begins at the concrete barriers at Pattison Avenue and heads down South Broad Street spilling into the 348 verdant acres of FDR Park where many out-of-towners have pitched tents and set up camp. The area feels less like a quarantine of First Amendment rights and more like a huge, communal living room. By loosening park regulations and enforcing around-the-clock police patrols, the City has provided a safe area for political activism, self expression, and a fixed public space to embrace an historic moment, all while giving folks a free place to sleep. It’s quite the comfortable set up and far from the confines of a corral. People there are excited and the energy is genuinely palatable.

However, along with the punishing heat and humidity is the subtle air of resignation, disillusionment, and fatigue. Highly visible demonstrations continue to circle the city with protests against social injustice, anti-immigration policy, and economic inequality, putting principles in front of the general public at Marconi Plaza, the Municipal Building, and on the aprons of City Hall. Down at the DNC perimeter, the “Bernie or Bust” crowd is starting to lose relevance and steam as they continue to put all of their energy behind denial rather than concede to Democratic presidential nominee Hillary Clinton as Sanders has done to spare the country the horror and indignity of electing Donald Trump in November. As a result, the scene at the Free Speech Zone has become one of curiosity, consternation, and confusion; a dimming blaze of potent, political fire that is quickly Berning itself out.

In the Zone at the DNC. Photographs by Michael Bixler 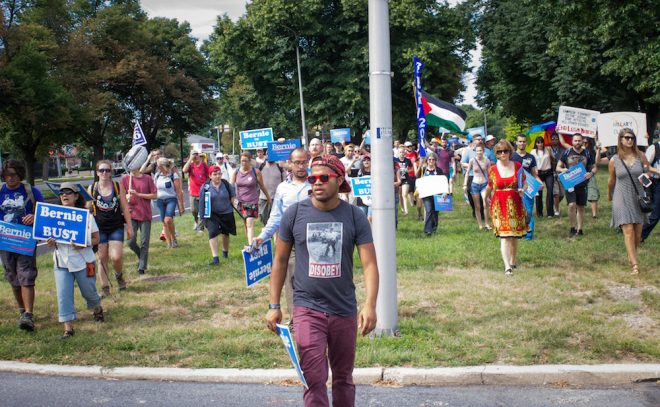 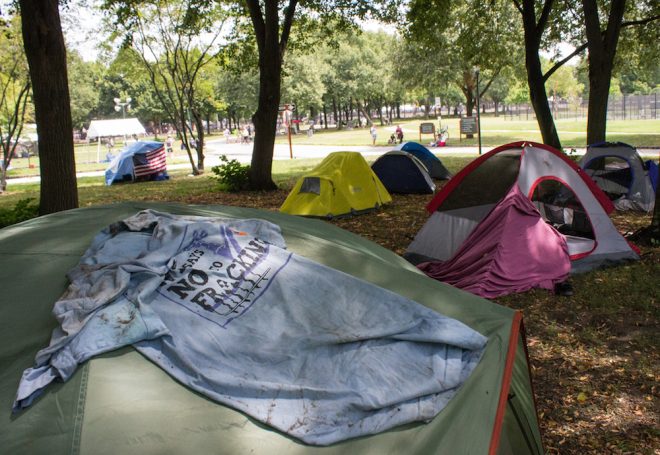 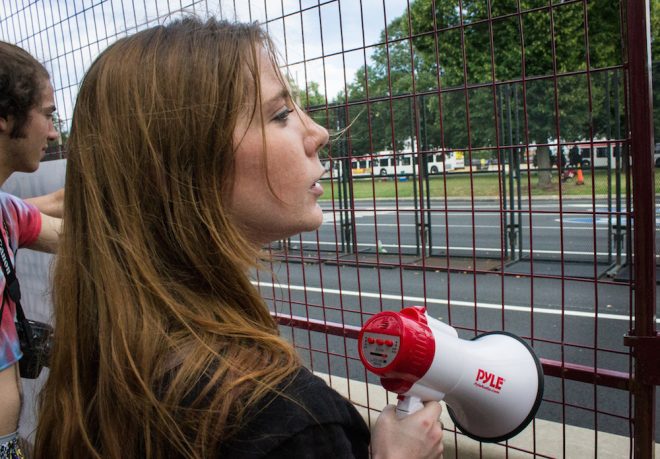 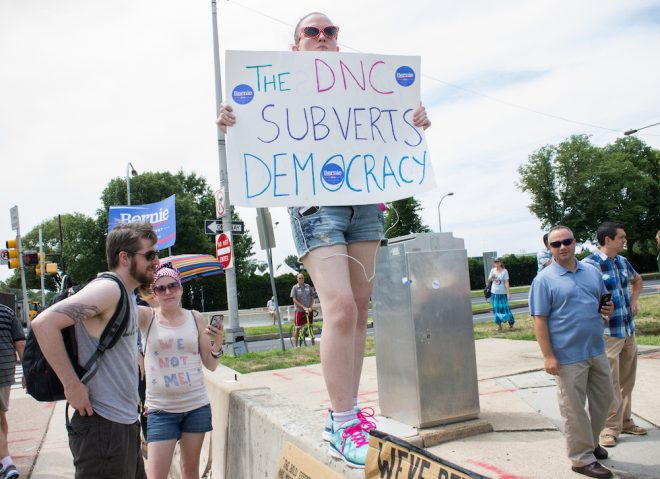 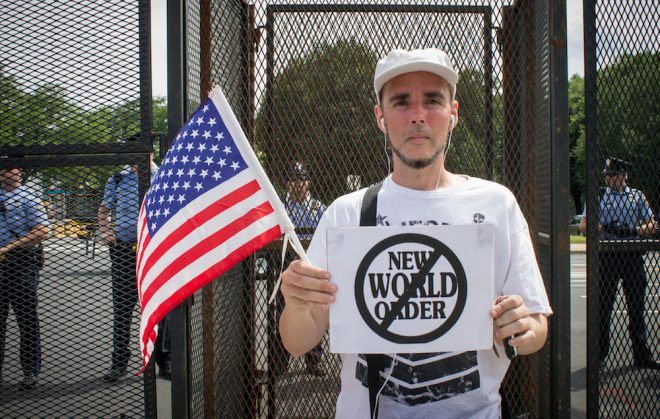 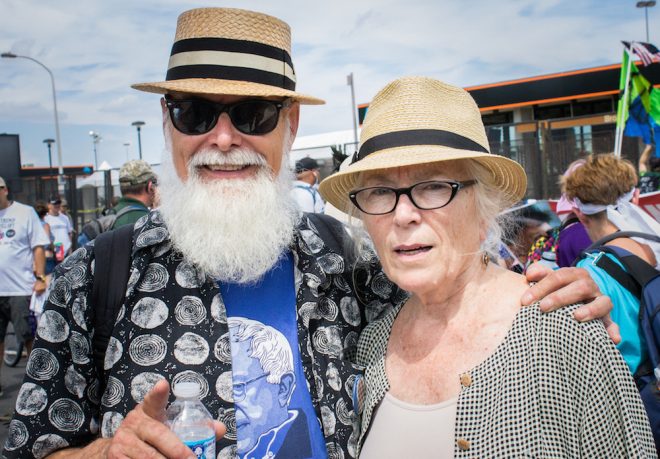 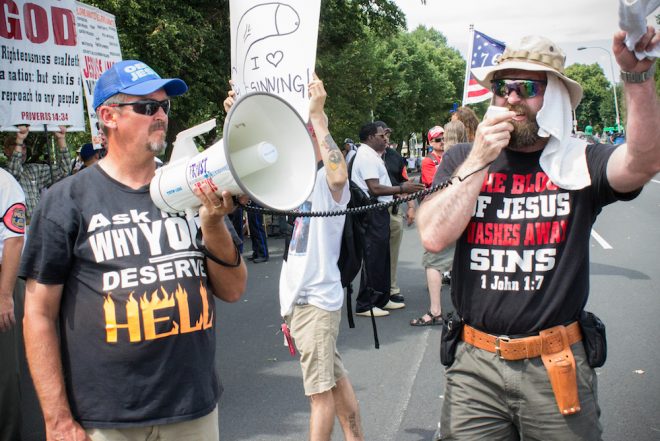 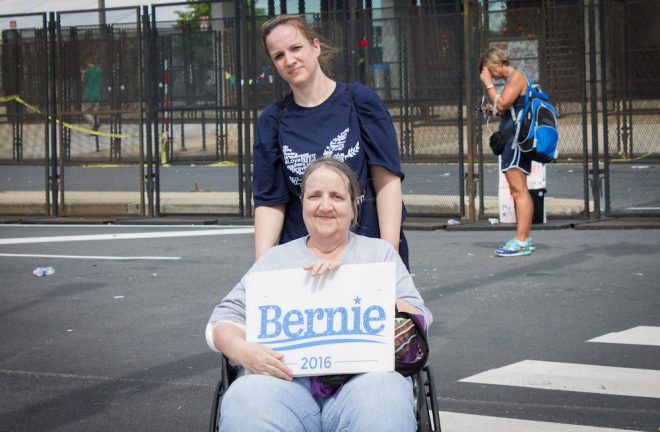 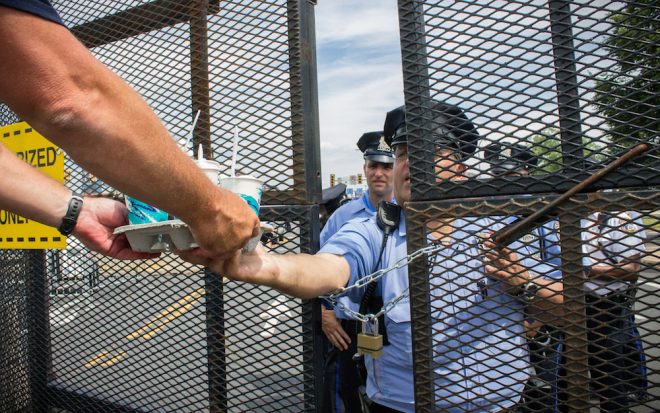 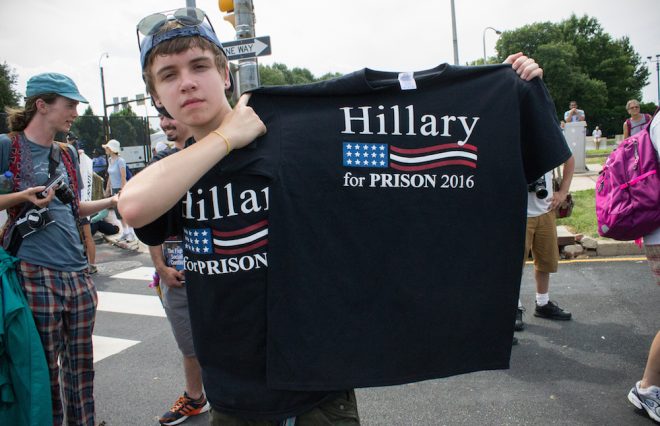 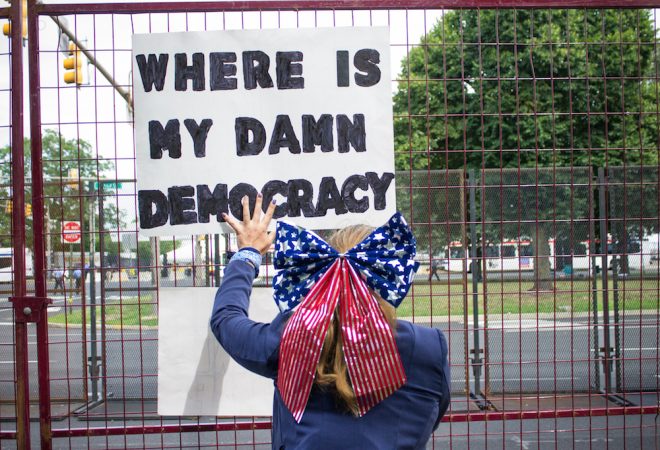 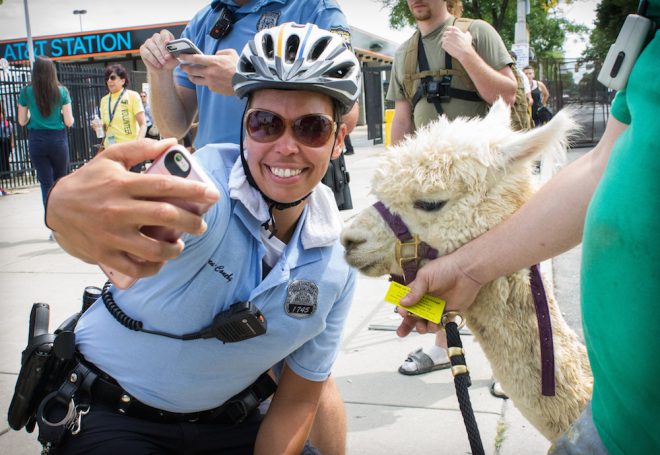 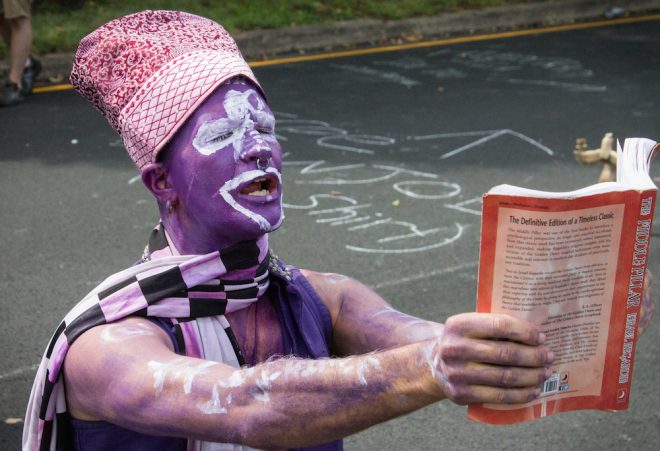 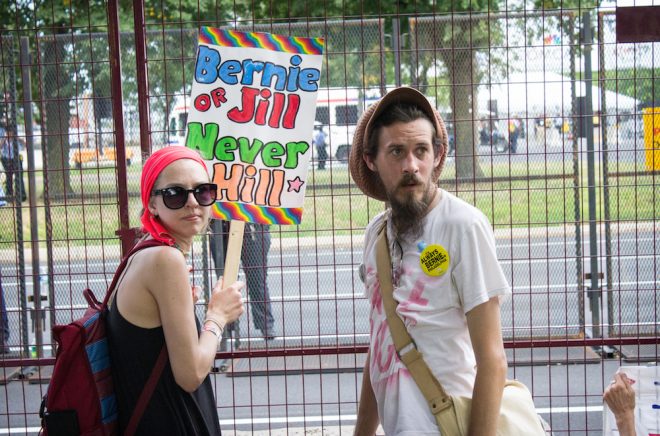 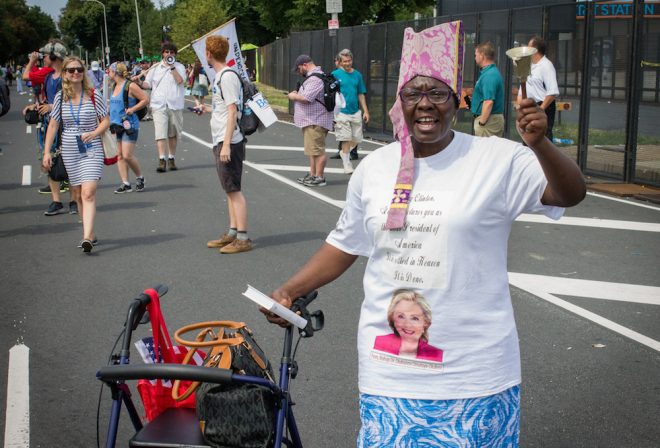 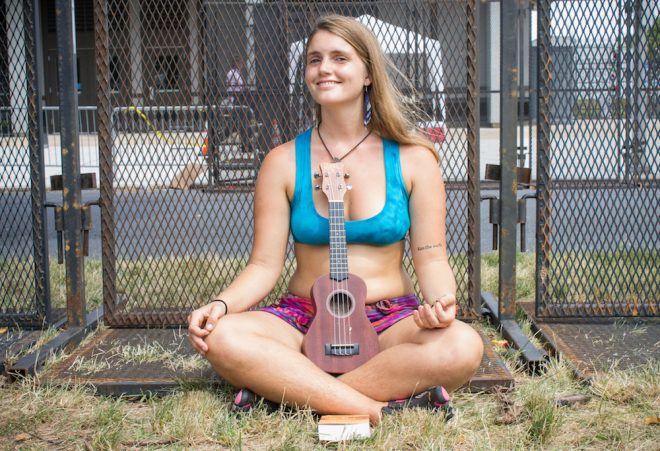 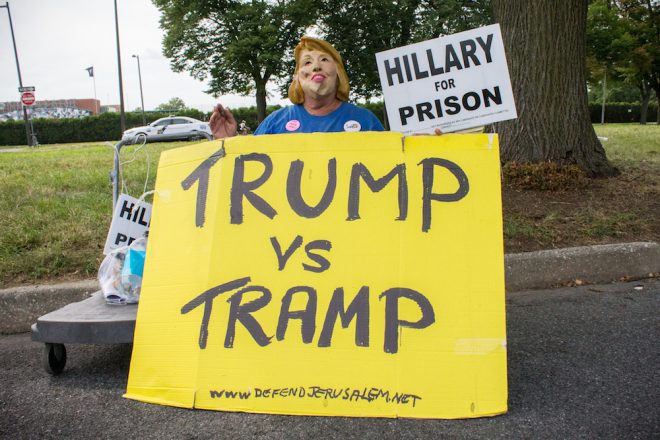 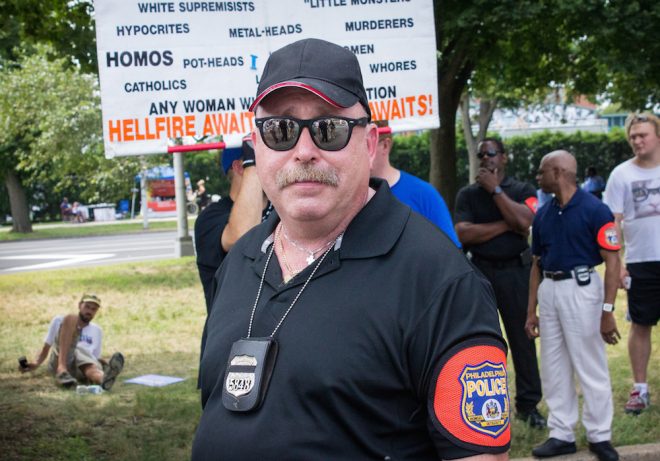 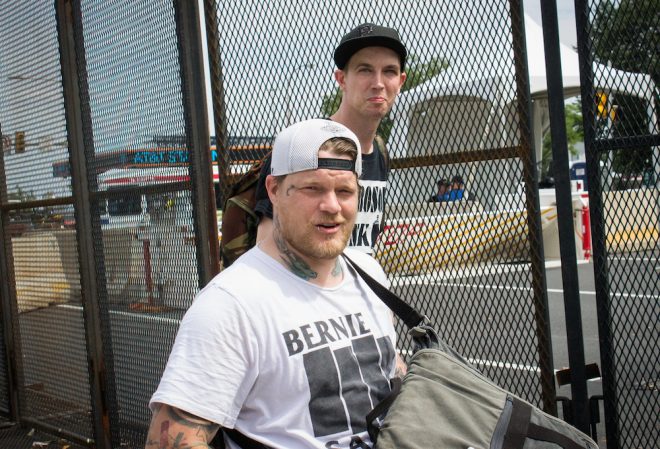 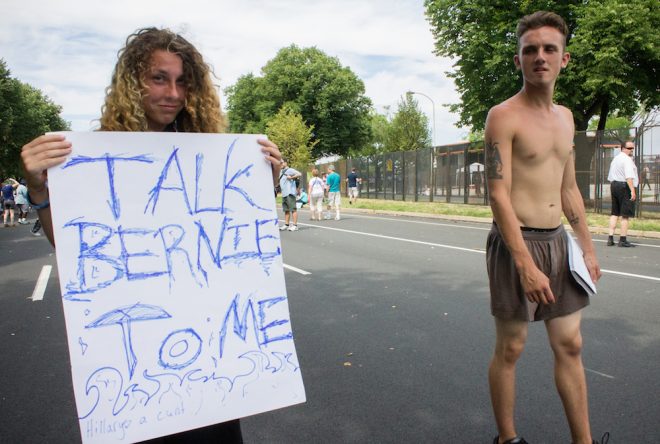 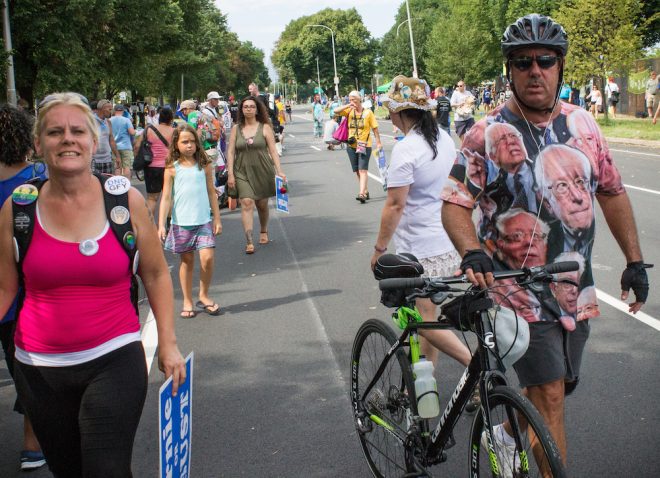 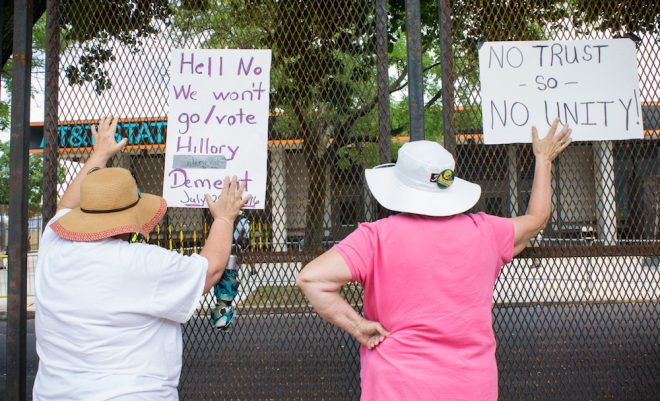