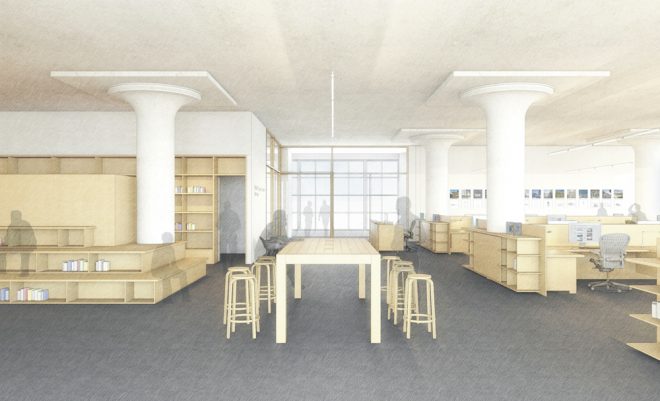 Today, National Real Estate Development and SSH Real Estate announced that architecture firm Bohlin Cywinski Jackson will join the growing list of design tenants for the East Market mixed-use development with the lease of 18,525 square feet of space at 34 South 11th Street–the former men’s store annex of Snellenburg’s Department Store and the first location of the Community College of Philadelphia. The renovations of the 8-story building, most recently used as the Family Court Building, began in early summer of 2015.

Bohlin Cywinski Jackson, founded in 1965, has received over 625 design awards during its tenure and is best known for its U.S. flagship stores for Apple–most notably the New York City Fifth Avenue cube–and the Liberty Bell Center on Independence Mall.

“Having already welcomed Design Within Reach and The Design Center to East Market, the addition of Bohlin Cywinski Jackson further establishes this project as a long awaited design hub in the heart of Philadelphia,” said Daniel Killinger, managing director of development for National Real Estate Development in a press release. 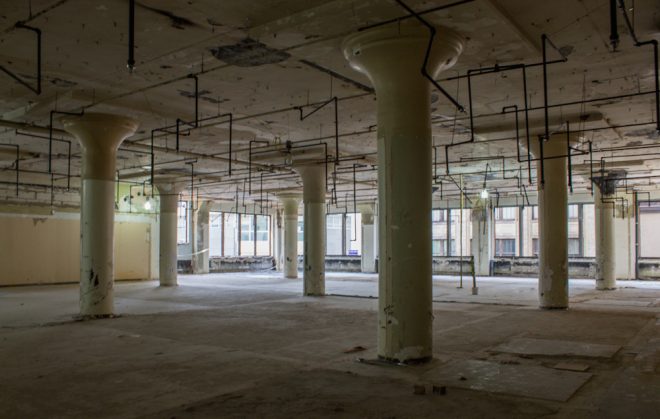 A view of the mushroom columns and raw space of 34 South 11th Street in 2015 | Photo: Michael Bixler

At the time of the announcement, representatives of East Market stated that the building–part of East Market’s $500 redevelopment of Girard Square at Market Street between 11th and 12th–is almost 50 percent leased. MOM’s Organic Market signed a lease on the ground floor in January 2015 and plans to open the 16,000 square foot grocery store in the fall. The Design Center anticipates a grand opening by December 2016.

National Real Estate Development and SSH Real Estate anticipates the construction of the first phase of the project at 34 South 11th Street and the renovation of buildings along Market and Ludlow Streets will be completed by the spring of 2017.