Rowhouse Workshop Examines The Anatomy Of A Neighborhood Icon 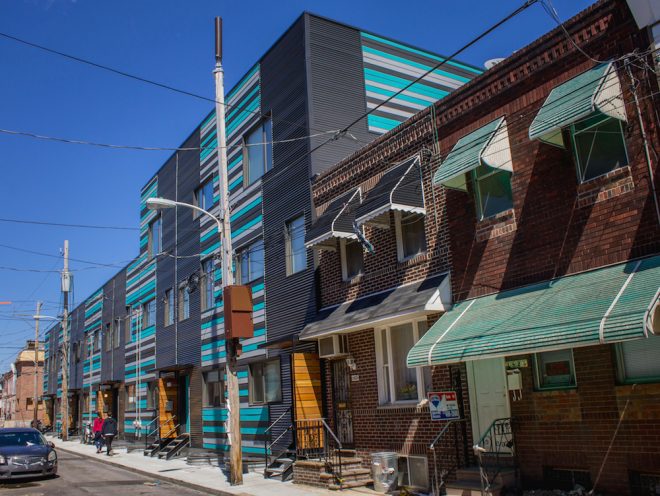 The language of row house design in transition. In Newbold, old and new collide on Chadwick Street | Photo: Michael Bixler

Brian Phillips, the founding principal of Interface Studio Architects, tends to challenge the norms of Philadelphia residential architecture. With an eye focused on sustainability and green construction, he both defies the ubiquitous, early 20th century brick row house plan and pays homage to their visual nature. With reNewbold, at 16th and Moore Streets, and The Modules, on North 15th Street near Temple University, Phillips breaks up the rhythm of the street with provocative scale and contrasting color. These are playful, stylistic choices inspired by past interventions, says Phillips, the texture of particular neighborhoods, and contextual elements like South Philly’s signature awnings. As of late, Phillips and his firm have been experimenting with traditional building materials through an idea he calls “aggressive contextualism”–a theory of interpretation that twists and exaggerates the surrounding architectural fabric, like walking a city block inside a house of mirrors.

On June 16th, the Pew Center for Arts & Heritage announced that Phillips was a 2016 grant recipient for his project proposal, Rowhouse Workshop, an intensive physical and social survey that will explore trends, aberrations, and common connections in local row house design. With the project Phillips aims to engage and elevate public understanding of Philadelphia’s urban fabric through a multimedia presentation of historical research, data collection, architectural drawings and photographs, and recorded interviews with homeowners from different geographic sections of the city.

I spoke with Phillips about his upcoming project and the role that the row house plays in shaping the visual identity of our neighborhoods. 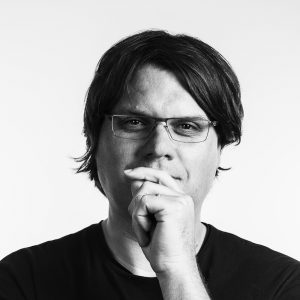 Michael Bixler: Can you tell me a little more about how the idea for Rowhouse Workshop came about?

Brian Phillips: Through my firm, ISA, I have been critiquing the traditional row house by pushing new spatial, material, and programmatic possibilities for the typology. This project allows me to dig into the present and the past a bit and unearth what I believe will be equally innovative lessons within the existing row house fabric of neighborhoods.

MB: Do you have a soft spot for any particular row house design, façade treatment, cornice detail, vernacular elements, etc.

BP: I find myself pretty open minded about them and am always surprised when I go around a corner and see something I haven’t seen before. I tend to most love when you can see groups of houses from the same era or developer jump cut to another on the same block.

I have a soft spot for all the decorative window lintels, particularly those with carved line work in them. This has inspired our own experiments with window trim and outlines of various sorts. This project is going to help me become much more literate on this. I have a lot to learn.

MB: There are layers upon layers of architectural nuances and fascinating cultural uses of the archetypal Philadelphia row house. For example, I’m a bit obsessed with unique cornice work and row house churches. Other cities, like Baltimore and Boston, have row houses, and really distinctive ones at that, but Philly’s identity and culture—past, present, and even future–is really rooted in this specific type of urban dwelling. What are your thoughts on what makes Philadelphia’s row house stock different?

BP: Philly has almost half a million row houses. It’s a fabric of democracy and equity in an authentic way. Regardless of your income, if you own a house in Philly you likely live in a row house. A more expensive house might be reflected by an 18′ wide lot rather than a 16′ wide lot. I love this subtlety.

MB: Your firm designed John Longachre’s reNewBold development at 16th and Moore. I have always thought that it is, visually, a pitch-perfect example of new construction clashing hard with the old, namely along Chadwick between Moore and Mifflin. How do you think contemporary row home design will age in regard to building materials (square bays with vinyl cladding) and the continuity of the brick and terra cotta façades of the older homes? What is your take on new residential row construction and good/bad urban design in neighborhoods that are recognized by the types of row houses and architectural nuances they contain, i.e., the green awnings of South Philly and West Philly’s Victorians to name a few.

BP: This is an interesting question. Ten years ago when we first started we rebelled strongly against brick and purposely focused on other materials and stylistic approaches. We’ve recently been returning to some more traditional materials and experimenting with an idea we’ve been calling “aggressive contextualism,” meaning we take inspiration from the context and distort or amplify until it becomes playful and novel. I agree with your assessment of reNewbold. From our perspective it’s pure homage to South Philly. 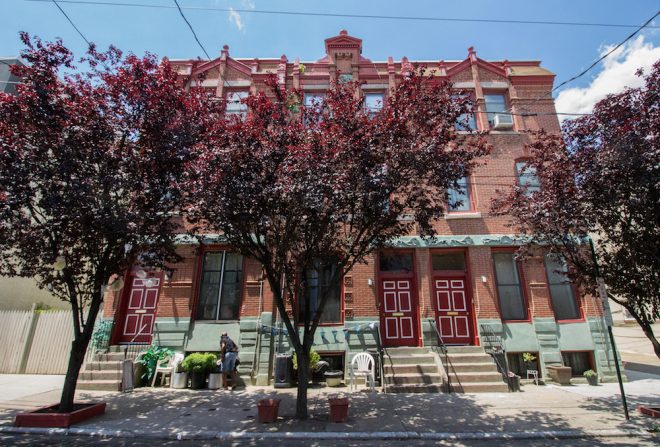 In a league of its own. This small block of ornate rows at 1630 Francis Street, built in 1886, speaks a unique dialect of Philadelphia row house architecture near the turn of the century | Photo: Michael Bixler

MB: What kind of data are you collecting for the exhibition?

BP: I’ll be tackling 15 houses in groups of three across five different neighborhoods and time periods. We’re going to be making physical artifacts of their existing condition as well as talking with residents and recording the stories and histories of the families and their houses.

MB: Can you give me a little preview of the “trends, anomalies, and commonalities” mentioned in your project statement that you plan to highlight and feature?

BP: Discovering this is part of the fun! We’re going to be very interested in figuring out how houses were modified through time–additions, walls, basement uses, expansions and contractions. We’re also going to be interested in documenting commonalities between older and newer row houses and how subtle evolutions of stairs, doors, windows, bathrooms, kitchens, etc. are linked to larger cultural trends, but also how they may have been modified and adapted.