In West Philly, An Old Auto Showroom With A Medical Condition 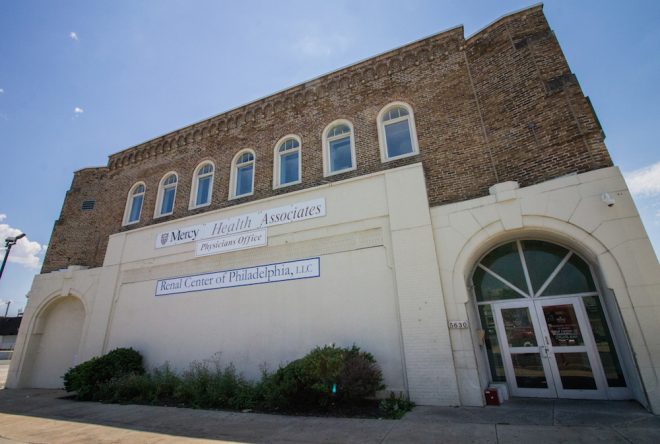 Due to its shape and design, this old curious bird at 5600 block of Chestnut Street gives the impression of being a reused movie theater. But looks can be deceiving and heavy fenestration alterations have shrouded this early 20th century building in mystery, until now. This old automobile showroom may be a long way from North Broad Street, but it still carries the form and design of some of the most distinctive remaining examples of the era on Auto Row.

In the late 1920s, this area of Market Street bordering Cobbs Creek in West Philadelphia had already filled in with block upon block of row houses, apartment houses, garages, and a few industrial and commercial standouts, like the Security Bank Note Company (still standing at 55th and Sansom Streets), Kolb Bakery, and Chilton Company Printers. The growth was directly related to the newly-built elevated extension of the Market-Frankford Line, which included a stop at 56th Street. One land owner, Abraham Leibovitz, held on to his empty property longer than the rest. He owned the largest vacant parcel in the area, 5600-5636 Chestnut Street, which was almost the whole block long save for a Bell Telephone exchange building designed by John T. Windrim built in 1917. 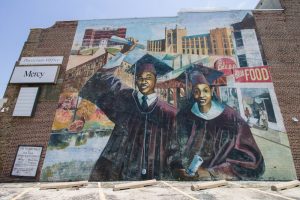 Mural Ode To West Philly by Ras Malik was added to the west-facing party wall in 1997 | Photo: Michael Bixler

In 1927, Eli S Sentman Jr. & A. J. MacCausland, owners of Sentman Motor Company, were experiencing considerable success with their Chrysler-Plymouth dealership. By their fourth year, the enterprising duo were ready to upgrade from the small location they rented at 58th and Walnut Streets to a custom-built dealership showroom and office building of their own. Their new digs would rise at the western edge of Abraham Leibovitz’s property at 5630-36 Chestnut Street, strategically placed to be close to the El stop and on a high-traffic street.

Sentman and MacCausland commissioned prolific Philadelphia architect Eugene Stopper, designer of the United States Custom House at 2nd and Chestnut Streets and the Marine Corp Depot of Supplies, Schuylkill Warehouse, to design a dealership building that could rival the bigger dealershops on North Broad Street’s Automobile Row. The building appears more akin to a theater or church than an auto showroom. The building’s arches, in brick along the cornice, in a row of windows on the second floor, and on either side of the ground floor as large entrance doors, are the theme of the façade.

Sentman Motor Company opened in 1928 and ran a successful operation for almost nearly three decades, becoming the oldest Chrysler-Plymouth dealer in the city. Eli Sentman, Jr. became president of the Philadelphia Automobile Trade Association by the late 1930s. When World War II came along, halting all production of automobiles for three years, Sentman went into war production. Shortly before that, he had purchased the property immediately next door and turned it into a used car lot.

Pushing Paper and Getting Greenbacks 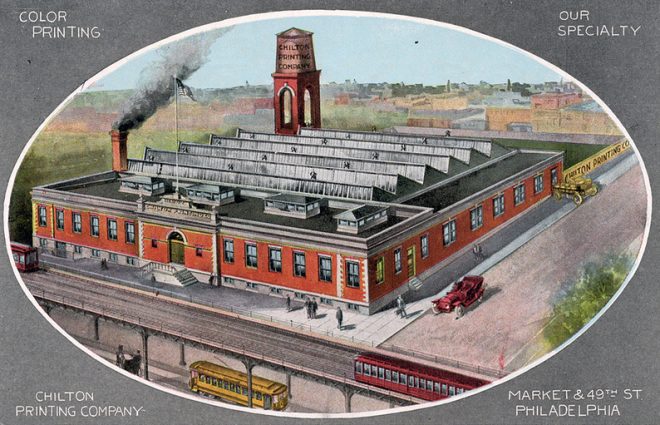 In 1956, the building and adjacent lot were sold for $212,500 to Chilton Company Printers, whose primary printing plant and offices were located across the street. Chilton specialized in producing, printing, and distributing trade publications like Iron Age, Motor Age, The Spectator, and Jeweler’s Circular, among many others. Chilton gave the building a remodeling overhaul and converted it into offices. In 1955, the company had moved its corporate offices back to the Philadelphia location after 30 years in New York City, and used the old Sentman Motor Company building for administrative office work like mail processing and classified ad services.

The printing company moved its headquarters out to the suburbs in 1968, but continued to use 5630 Chestnut for back office operations. Finally, in 1984, the Chilton Company vacated the 62-year-old plant at 56th and Chestnut, putting 230 people out of work. The company would also vacate the old Sentman building, after 28 years–the same exact amount of time that Sentman Motor Company had used the building.

In 1985, the building was acquired by Geriatric & Medical Centers Inc., otherwise known as Geri-Med, a nursing home and medical center operator whose headquarters had risen from the ashes of the old Chilton Printing Plant across the street. Geri-Med leased the offices out to various medicine-related businesses. 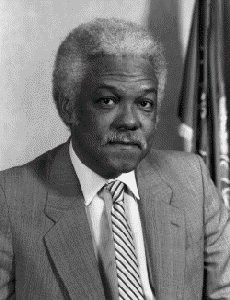 During these years, however, the building was better known for its headline tenant, the offices of Pennsylvania State Senator Hardy Williams. In 1987, the Philadelphia Inquirer reported that the Senator had profited by renting his previous office, 5137 Walnut Street–a building he owned–from himself.

After selling that property, he moved to the old Sentman building, now paying rent to Geri-Med. However, the Inquirer uncovered that the $1,000 monthly rental fee was being paid to Williams himself instead of Geri-Med.

In 1989, Geri-Med sold the property to Consolidated Health Systems, Inc. for $535,000 and continued to be leased as medical offices under the name Chestnut Medical Center. In 1996, current owner Mercy Management of Southeastern Pennsylvania purchased the old auto showroom for $1.2 million. Mercy modernized the medical offices and commissioned “Ode to West Philly,” a mural, completed in 1997, by artist Ras Malik for the building’s west party wall.

In 2008, the property was listed for sale for $2.45 million, but failed to sell even after the price was reduced to $1.9 million. Today, Mercy Health Associates Physicians Office and Renal Center of Philadelphia are the two occupants of the old Sentman Motor Company auto dealership.