Secrets Of A House Of Cadavers, Reanimated As Condos 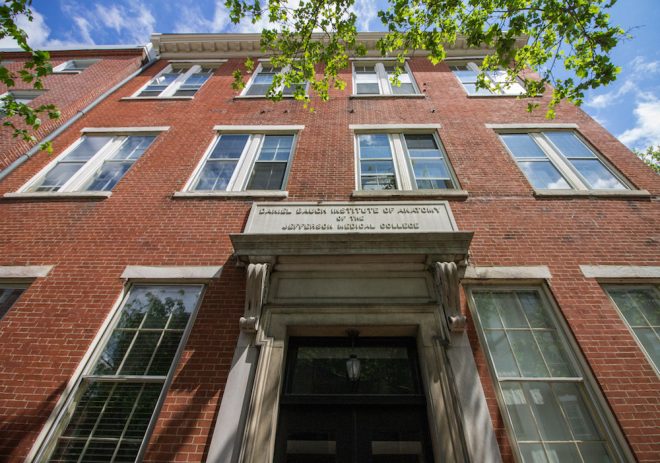 Only the name over the door–Daniel Baugh Institute of Anatomy of Jefferson Medical College– suggests that this building at 11th and Clinton Streets has a special story to tell. The portico is in fact grander than the building–a standard red brick three story affair, actually a bit drab for Clinton Street. But then it carried on–and still does to this day through the extant masonry sign for the Institute–a pioneering Philadelphia discipline in medicine: anatomy. The first anatomists, working in just this neighborhood, pushed medicine beyond its earlier basis in humors to physical empirical science. Philadelphia artists of the period, too, turned their focus to the make-up of bodies, a tradition that led to Thomas Eakins’ shocking surgery clinic paintings.

Not surprisingly the building at the northeast corner of 11th and Clinton Streets did not start out as part of Jefferson Medical College, but rather as a mansion built in the 1850s. After its final occupant, Pennsylvania Fire Insurance Company director Daniel Smith, Jr., died there December 29th, 1884, various educational institutions, including the Pennsylvania Institute for the Deaf and Dumb, took it over.

In 1883, the Institute’s Day School moved into the house at the opposite corner of 11th and Clinton–now being used as the fraternity house of Alpha Kappa Kappa–with an enrollment of 70 students who were taught speech and oral skills by nine teachers. When a new principal, A.L.E. Crouter, took over in 1884, he put forth plans to expand the Day School building into a co-ed boarding school with 100 pupils known as the Branch for Oral Instruction, colloquially known as the “Oral Branch.” The Institute purchased the old Smith house, which had just become available after Smith’s death, for about $16,500, and expanded it with a $4,000 upgrade.

Once work was complete, the Oral Branch was one of the largest schools of its kind in the country. The Pennsylvania Institute for the Deaf and Dumb used the altered house until moving to a campus along the Cresheim Creek in Mt. Airy (now the New Covenant Church campus) in 1892. 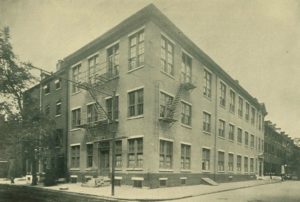 The Pennsylvania College of Dental Surgery, the second oldest school of dentistry in the country, then moved into the Smith mansion. Since incorporating in 1856, the school had grown exponentially, consistently finding new, larger buildings while rejecting a takeover bid by the University of Pennsylvania. In 1891, due to rapid growth in both enrollment and curriculum, the college made its fourth and final move to the northeast corner of 11th and Clinton Streets.

The Pennsylvania College of Dental Surgery commissioned architect Horace Trumbauer to expand the building once again, this time incorporating the John H. Burroughs residence at 1023 Clinton Street. The redesigned school building opened for the spring term in 1893. Although enrollment remained strong the following years, the college wasn’t able to afford upgraded equipment or hire additional qualified instructors. In 1909, thirty years after electing not to do so, the school was absorbed by the University of Pennsylvania.

On top of his myriad responsibilities and commitments, Baugh became involved with Jefferson Medical College, with an underlying interest in becoming chairman of the school’s board of trustees. Around 1909, Baugh inspected the Jefferson’s brand new building at 10th and Walnut and found the Department of Anatomy to be severely inadequate and outdated. He set his sights on providing a new home for the department that would be rivaled by no other medical school.

The former Pennsylvania College of Dental Surgery building was available, close enough to Jefferson’s campus, and was already laid out for educational use. In April 1910 Baugh had Jefferson purchase the place for $48,000, taking out a substantial mortgage. One month later Baugh paid off the mortgage with his own money. Five months later he donated another $40,000 for another overhaul, this time designed by architect John Torrey Windrim, which included an addition to the building fitted with the most up-to-date technology and equipment. 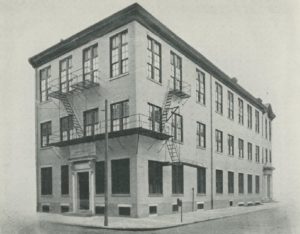 Work on the building was complete in September 1911. By the time the new school opened Baugh had other philanthropists donating to the project. He used his own funds to purchase all the furnishings and equipment. His contributions to the school on 11th Street are said to have totaled over $200,000. Naturally, Jefferson Medical College renamed the Department of Anatomy to the Daniel Baugh Institute of Anatomy of the Jefferson College of Philadelphia (certainly an early example of this practice, which dominates the ed-med sector today). A dedication ceremony took place on September 26th, 1911, showcasing the outstanding, 29,350 square foot facility that included a cadaver room in the basement that could hold 350 bodies, a library, a small anatomical museum, multiple laboratories, and two surgical amphitheaters.

In March 1914, the new Baugh Institute was officially recognized by the Flexner Report, a study by the Association of Medical Colleges that rated medical schools not affiliated with universities. Flexner gave Jefferson Medical College an A+ rating, which heightened the interest of the University of Pennsylvania. Penn wanted to absorb Jefferson Medical College. A conference of trustees and professors voted in agreement with the proposal, but Baugh fought against it, claiming that his donations of both time and money were intended to keep the institution independent. He persuaded the others to reject the merger. Baugh died in 1921.

After World War II, the Baugh Institute was becoming outdated and the Department of Anatomy needed more space. Hurricane Hazel damaged the building in 1952, which strengthened the case for finding a new home for the Baugh Institute. The Department of Anatomy moved into to new Jefferson Hall, a hulking block-long pile of Brutalism designed by Vincent Kling and Associates, in 1968. Jefferson continued to use the Baugh building for laboratory space until the Philadelphia Redevelopment Authority purchased it in 1972 with plans to convert it into their offices. 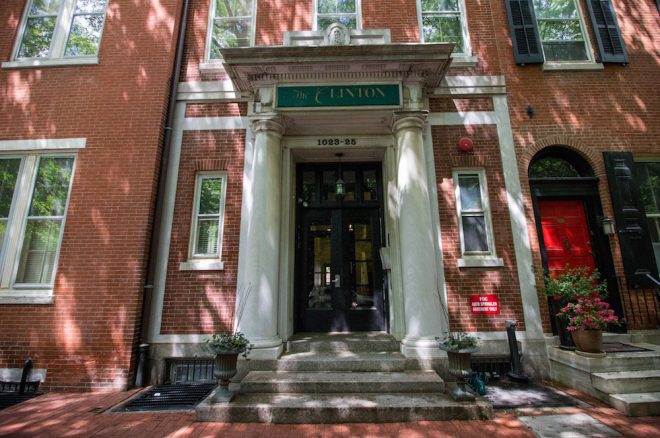 The building’s entrance on 11th Street is rather subdued. However, its entryway on Clinton Street is pretty grand | Photo: Michael Bixler

The Redevelopment Authority discovered the building to be inadequate and never went through with the conversion. It sat empty and dilapidated until 1978, when a group of city developers acquired the property and took advantage of tax credits available at the time to convert it into 16 apartments. The group formed Historic Landmarks for Living, a company that rehabbed, renovated, and reused dozens of Philadelphia’s vacant historic buildings throughout the 1980s. The firm’s success was integral to the rejuvenation of Center City in the decades that followed.

An unfortunate side effect of the residential conversion was the loss of the surgical amphitheaters in the northern wing of the building, which was demolished to provide parking and a courtyard for the residents. The building had seen so many additions that the property no longer had any outdoor space.

After more than two decades as apartments, the old Baugh Institute was purchased by Pearl Properties, a developer presently at work changing the face of Center City. The firm converted the apartments into condominiums in 2005.

In 1995, Baugh’s name was removed from the Anatomy Department when it became the Department of Pathology, Anatomy and Cell Biology.

The old Baugh Institute is not the only former Jefferson Medical College building that is still around. The college’s old Wharton Street Dispensary still stands at the northeast corner of 26th and Wharton, though it looks pretty worse for wear nowadays. The Nurse’s Dormitory also survives and is now part of the Strickland Row Condominium complex at 10th and Spruce Streets.

Special thanks to Craig Jett, current resident of The Clinton condominiums, who contributed research to this story.