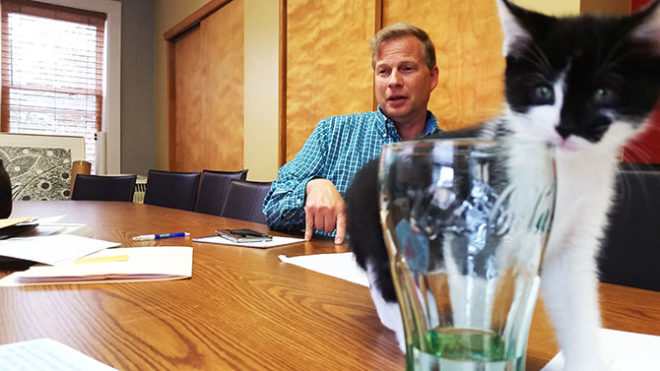 “Someone left 19 parakeets in a box at the door,” says Stephen Kwaszkiewicz, accountant and archivist at Morris Animal Refuge, as he walks past a cage brimming with little white-and-yellow-feathered orphans. On any given day an assortment of parakeets, turtles, goats, snakes, chinchillas, hamsters, rabbits, cats, or dogs are dropped off at the front desk of the shelter and former residence of animal welfare pioneer Elizabeth Morris on Lombard Street. Staff there claim that not a single abandoned animal has been turned away since 1874 when Morris opened the Morris Refuge Association for Homeless and Suffering Animals, the first animal shelter in the United States. The animal rescue is currently developing a master plan and fundraising strategy to expand and modernize the facility. The end goal is to create a full-service campus that supports animal welfare, medical treatment, community outreach, scholarly research, and a museum dedicated to the contributions of founder Elizabeth Morris.

“Looking to the future our goal is to make ourselves a big enough footprint to remain relevant. Not many people know our story,” says Morris Animal Refuge executive director Lewis Checchia. He explains that the national reputation and venerable age of the historic refuge as an institution carries weight in animal welfare circles, a certain capital that they can build on.

Checchia and the shelter’s board of directors are heading up development of a five year plan that will balance the expansion of the original Lombard Street location with a gradual implementation to carefully minimize the disruption of treatment and care.

Executive board member Lars Schless is currently working with another board member, an architect, on design and construction logistics. He stresses that ongoing operational funding is critical to the realization of the facility’s expansion. Even with the projected broadening of service capabilities at Morris, Schless says, “There is tremendous strength in a big animal care community. The future is in one big network of refuges in Philadelphia and the region.”

Checcia takes great pains to differentiate Morris as an open admissions shelter from a no-kill shelter (such as the Pennsylvania Society for the Prevention Cruelty to Animal (PSPCA) shelter on Frankford Avenue in Fishtown) since the refuge never turns away animals and often extends shelter resources to treat animals that some owners can’t afford to provide. “We offer compassionate care,” says Checchia. “We do anything we can to give animals a second chance.” At Morris, euthanization is a last resort procedure administered namely to protect the health and safety of the shelter community and in cases where putting a suffering animal to sleep is the only recourse. No-kill shelters limit admissions with criteria that may result in shifting euthanization to other facilities. Checchia says that all shelters are “in this together,” he just implores that Morris’ mission be fully understood and treated with fairness.

“I want to revolutionize Morris. We are blessed to have good volunteers who come on weekends to assist,” says Dr. Ravi Mararka, the refuge’s surgeon | Photos: Joseph G. Brin

“It was a human decision to domesticate animals, which makes their welfare a human responsibility,” says Wayne Humphrey II, president of Morris since 2014. In nature, he explains, animal packs have their own way of thinning the herd, a natural order that may seem surprisingly brutal to our eyes. By comparison, arbitrary captivity, mistreatment, and euthanization of unwanted pets by negligent human owners would be unnatural and cruel.

Dr. Ravi Murarka, former director of animal health at the PSPCA, provides surgical services for Morris. Dr. Murarka, who has practiced veterinary medicine in his native India, Nigeria, and the United States, says that he was attracted to Morris because of its extraordinary record. In its entire 142 year history the refuge has never closed its doors to animals needing shelter or treatment. “Once I started working at Morris I felt at home,” says Murarka. At the age of six he fostered a stray puppy he found in his small village in India, something not commonly accepted until fairly recently with growing public health concerns over street dogs and rabies. A tireless, lifelong animal advocate with two veterinary facilities of his own in Philadelphia and Blue Bell, Murarka will help design the outpatient wellness center for Morris as the planning phase to transform the refuge into a state of the art animal shelter moves forward.

Sanctuary for the Silent 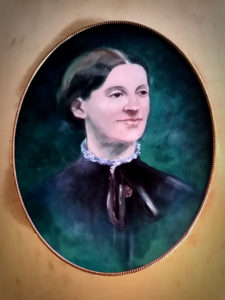 In 1874, cats were simply “mouse catchers” roaming cities by the thousands and posing a public health hazard. “In those days people didn’t see cats as pets as we do today,” says Humphrey. “They looked at cats the same way as a squirrel or a rat. You didn’t claim them for ownership.” Animal welfare and adoption as a social concept and service had not yet evolved, although animal protection laws can be traced as far back as 1641 with the Massachusetts General Court’s “Body of Liberties,” which provided codes of law protecting special populations vulnerable to cruelty, including animals.

Elizabeth Morris grew up with a deep love and interest in animals, daring to take on the salvation of Philadelphia’s overrun animal population, which was so out of control in late 19th century that Morris would walk around with a lantern and a rag, personally chloroforming sick strays to limit the cat population and reduce the spread of disease. She kept a careful ledger documenting each euthanization. Through these initial efforts Morris attempted to gain a handle on an enormous stray animal problem that no one else in the city had yet effectively achieved. “Morris was convinced that this was a real issue that needed to be fixed immediately,” says Humphrey.

Her father, unnerved when Morris began to bring animals to feed and shelter onto her father’s property on Pine Street, eventually banned Morris from their house. The hard line only strengthened Morris’ young, rebellious resolve. “If it wasn’t for her drive our mission would have stopped on Pine Street,” says Humphrey. Morris became a dedicated, outspoken animal rights advocate, but not without critics. She was publicly mocked in Philadelphia with the nickname, “Miss Kittie.” In the late 1800s, Morris was given a donation by the Women’s Animal Rights League to create the nation’s first animal shelter. The refuge also established the first use of animal ambulances, which were initially horse drawn. In 1940, there were still four ambulances in operation.

In 1919, 12 years after Elizabeth Morris passed away at the age of 80, the refuge’s annual report stated that they had treated over 73,000 animals that year. However, the scale of Philadelphia’s animal welfare problem remained considerable, especially since spaying and neutering was not commonly available until the 1930s. 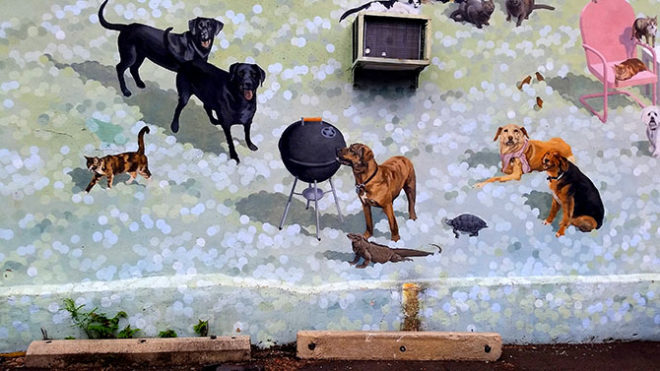 Today, Morris Animal Refuge is a warren of multi-level small spaces cobbled together to accommodate an ever-growing services and programs. A gold-framed portrait of Elizabeth Morris donning a satisfied smile looks on in the lobby as the sounds of chirping, meowing, and barking fill the facility. Her humane traditions permeate a unique atmosphere at the refuge where creatures of all sizes and stripes depend upon and thrive upon human compassion. “Elizabeth Morris integrated the public health and humane treatment of animals,” says Kwaszkiewicz. “She was way ahead of her time.”