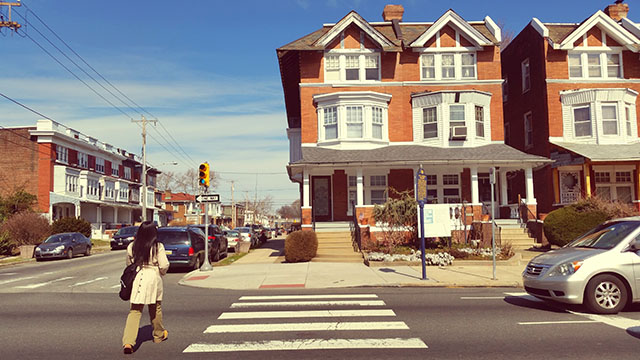 Paul Leroy Robeson was larger than life. His physical and vocal presence was immense. He spoke over twenty languages, was an esteemed scholar and skilled athlete, and is best known for his charismatic stage presence and skills as a film actor for his performances in Othello and The Emperor Jones. Robeson was also a dauntless human rights activist.

But by 1966, Robeson was done with public life. In Philadelphia, he spent his last 10 years of declining health in relative obscurity. His son, the late Paul Robeson, Jr., once said that he didn’t need or want publicity and adulation after retiring. His sister’s West Philadelphia home at 4951 Walnut Street was Robeson’s final refuge. It was listed on the National Register of Historic Places in 2000 and now serves as a modest museum to one man’s remarkable life.

A National Treasure In Need 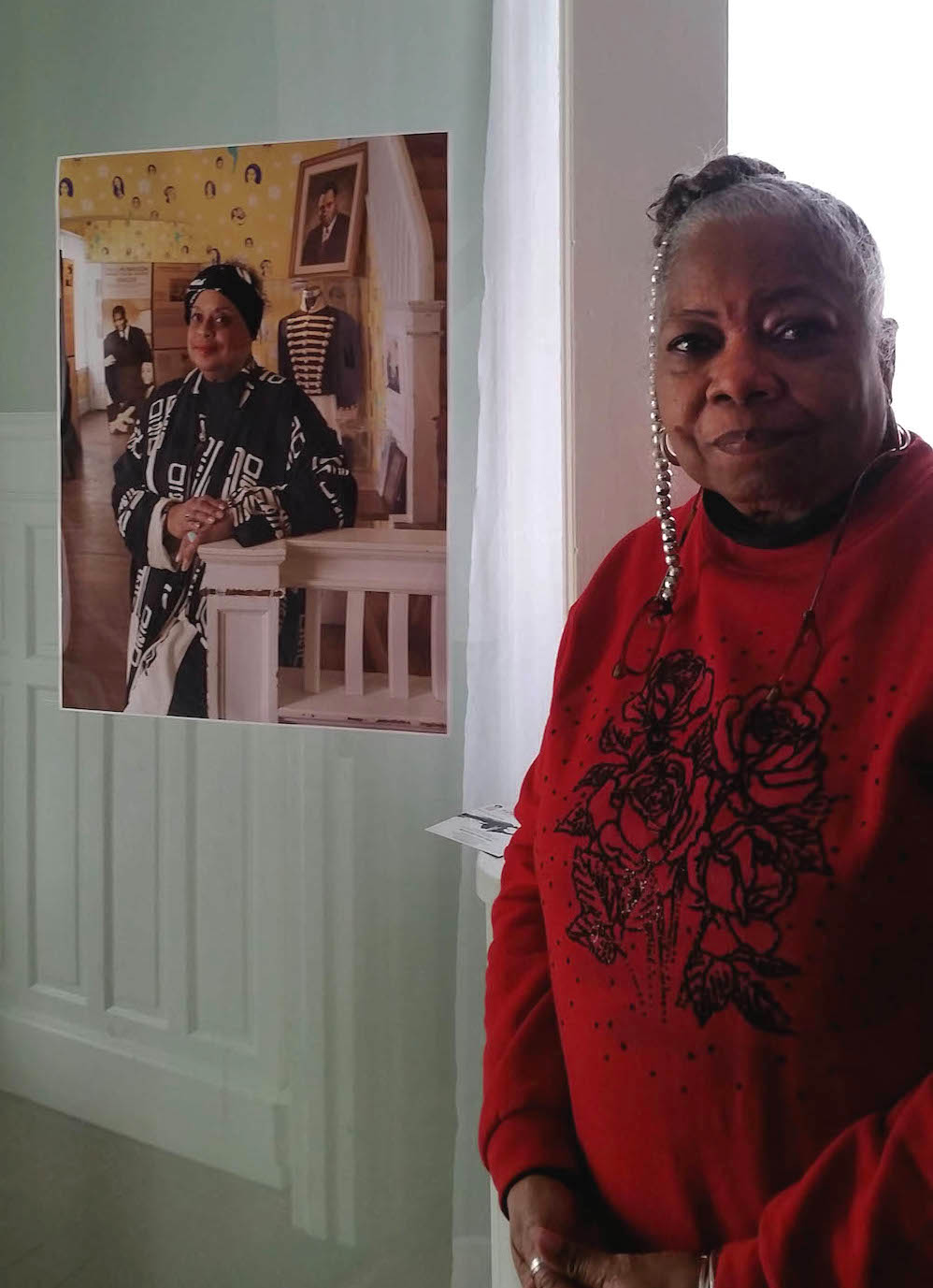 Vernoca L. Michael with a photograph of the late Frances Aulston, founder of The Robeson House | Photo: Joseph G. Brin

Michael lived across the street from the Robeson home as a child. When she was old enough to drive, she took Robeson, a close family friend, to his doctor appointments. She watched singalong performances in her neighbor’s living room with her mother, Elizabeth A. Michael, pianist Charlotte Bell, and her Uncle Paul all joining in. “He was still such an elegant man. When you came into the room he would rise with dignity and greet you,” says Michael.

The house was designed in 1907 by prominent Philadelphia architect E. Allen Wilson and constructed in 1911. According to West Philadelphia Cultural Alliance board member and engineer Mitchell Swann, the building itself is in “relative good health.” He wants to retire the mortgage for the financial stability of the museum, one step in a group effort to preserve Robeson’s legacy through bolstering support for the house museum.

Frances Aulston, who never met Robeson, founded and indefatigably championed the Paul Robeson House for many years, building an “incredible social network footprint,” according to Swann. “She passed away last year leaving a leadership void,” says Swann. “We’re mourning her loss.” Swann’s vision is to carry forward Robeson’s social justice activism and have his “level of engagement and commitment serve as a template for others.”

Michael cared for Aulston when terminal illness overtook her. In the past, Michael has acted in character as Marian R. Forsythe, Robeson’s sister, for public tours and historic interpretation of the museum. Michael now assists with the administration of the Paul Robeson House. Michael has spent 20 years as co-owner of The Legendary Blue Horizon boxing arena on North Broad Street and is the first African American female boxing promoter. She has also spearheaded numerous social service issues in the areas of mental health, AIDS, domestic violence, and other social initiatives as a corporate and nonprofit executive. “He knew what it was to be denied rights and privileges at a very early age,” says Michael of Robeson. Racial tension and Cold War skulduggery fed the roiling seas he had to navigate in an effort to triumph in life, art, and to realize the social ideals he advocated for.

The Building and Breaking of a Career 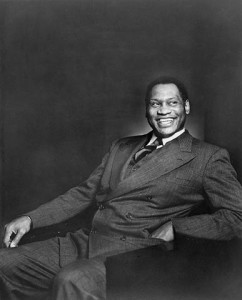 Paul Robeson | Photo by Yousuf Karsh, 1941, used with permission from The Estate of Yousuf Karsh

At his best, Robeson embodied the best attributes of his preacher, orator father and gentle Quaker mother who raised him in Princeton, New Jersey. His father, an escaped slave, exemplified the family grit and tenacity inherited by Robeson. Living a daring, adventurous life, Robeson walked a tightrope, marginalized by a white majority that implicitly expected deference from black people. A stark illustration of restraint was revealed in historian Martin Bauml Duberman’s voluminous biography, “Paul Robeson,” authorized by Robeson’s son, Paul Robeson, Jr. (1928-2014). Robeson, a multi-lettered Rutgers College and NFL football star, once had his hand deliberately and savagely stomped on by a metal-cleated teammate in a pile up. Robeson, enraged, lifted the offending player over his head and was about to throttle him to the ground, but didn’t, opting to take a moral high road instead.

Scholar Dr. Rhone Fraser wrote his dissertation, “Publishing Freedom,” at Temple University in 2012 to address, in part, Robeson’s life and his influence on literature. In a recent conversation, Fraser stressed that Robeson, a deep thinker, traveled an arc in his political evolution. Initially, Robeson believed that his own extraordinary, individual artistic achievement was the path to racial justice. Fraser credits Duberman with the assertion that Robeson later found “collective, organized actions” necessary and began to speak out against racial discrimination as a result.

After World War II, a swirling cauldron of racism and communist hysteria led to a resurgence of racial violence and lynching directed at black war veterans returning home. Robeson’s cause was, indeed, urgent. President Truman refused to push for federal anti-lynching legislation after abruptly ending a meeting he had with Robeson. 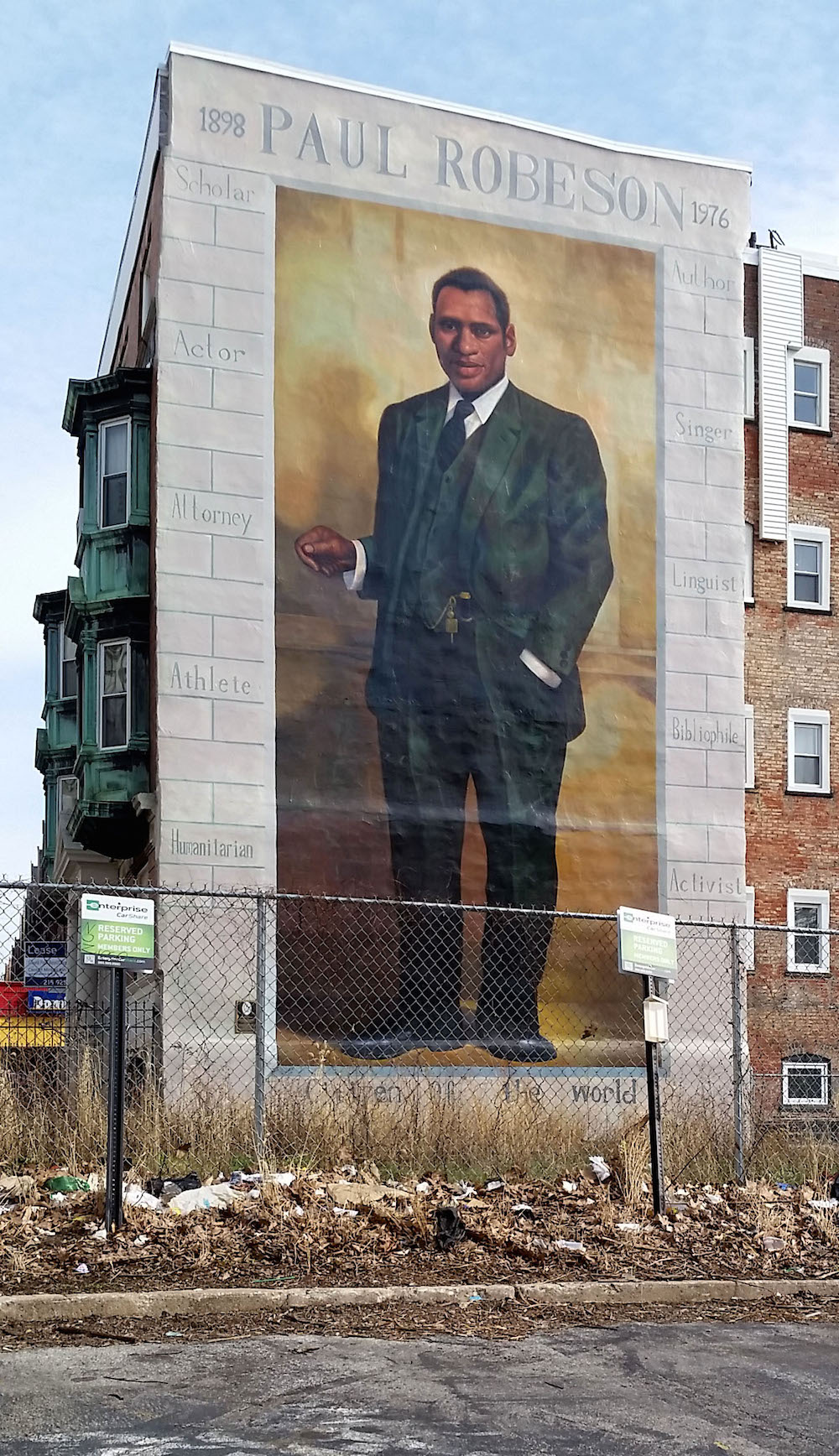 The crux of the activist’s controversial life was his belief that socialism could be the cure for racial oppression, which he expressed publicly throughout the 1930s. He never joined the Communist Party, but was criticized for embracing the political and cultural ideals of Marxism and the Soviet Union, where he visited many times beginning in 1934. He was also anti-fascist and an impassioned advocate of American democratic ideals, racial tolerance, and labor rights. However, Robeson was, ultimately, shunned by both whites and blacks who feared being painted “Red”.

Paul Robeson Jr. believed that the fight against racial injustice—not sympathizing with the Communist Party—was at the heart of why his father was blacklisted after giving unwavering testimony before the House Un-American Activities Committee on June 12, 1956. J. Edgar Hoover and the FBI relentlessly pursued Robeson in an attempt to ruin him politically and destroy his career. With his health in decline and public life shattered, Robeson lived out his final days in the quiet appreciation of family, friends and neighbors.

“We are better as human beings because of Paul Robeson,” says Fraser, a sentinel of Robeson’s enduring legacy who gives expert tours as a docent at the Paul Robeson House. “The most important thing that Robeson’s life teaches me is that we, as world citizens, must organize to stop the agenda of austerity,” Frazer continues. “Austerity could be in the form of military dictatorships, profiting from the privatization of prisons, or the closing of public schools.”

For the late Frances Aulston, the Paul Robeson House represented life-changing inspiration and empowerment for schoolchildren. Paul Robeson’s courageous life speaks to the tearing down of all barriers between the arts, people, races, religions, and nations. His powerful oratory and lifelong crusade for social justice helped advance the Civil Rights Movement and the fight for a more equitable future.