Still Advancing The Goals Of The “New Century” 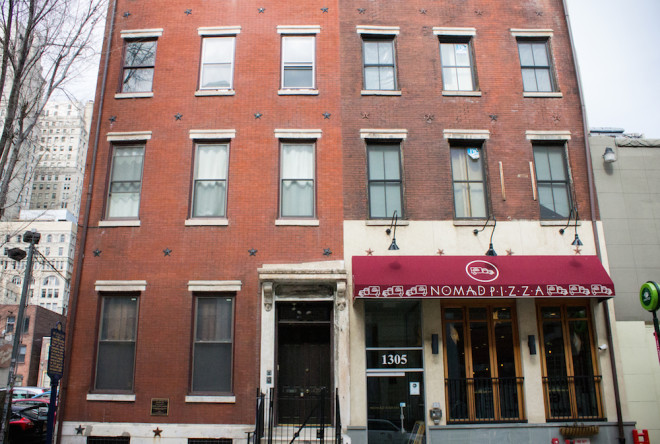 You can’t always judge a building by its façade. The headquarters of the 130-year-old women’s non-profit, New Century Trust, is a rich, valuable asset for interpreting women’s history in Philadelphia. The interior is really gorgeous too. | Photo: Michael Bixler

New Century Trust, the oldest continuously running women’s organization in the country still operating at its original site, is celebrating Women’s History Month with a series of events including a beer tasting with local female-owned breweries, a girl’s choir performance, and a documentary film screening. The 130-year old non-profit was founded at a time when an increasing number of women were joining the labor force and job training services were unavailable elsewhere. The organization’s original headquarters, still standing at 1307 Locust Street, is a charming time capsule filled with mahogany wall paneling, leaded glass windows, and a inspiring history of female solidarity hidden behind an unadorned row house façade.

A group of early feminists launched the New Century Trust in the Women’s Pavilion at the 1876 Centennial Exposition, itself a groundbreaking space for women’s rights. The group gradually evolved into an official organization, founded by activist Eliza Sproat Turner in 1882, that offered unprecedented vocational training, emergency financial support, life insurance, education, networking and social opportunities for women. “The purposes for which the corporation is formed are the social, industrial and educational cultivation and improvement of working girls and women without any sectarian distinction,” states the organizational charter. 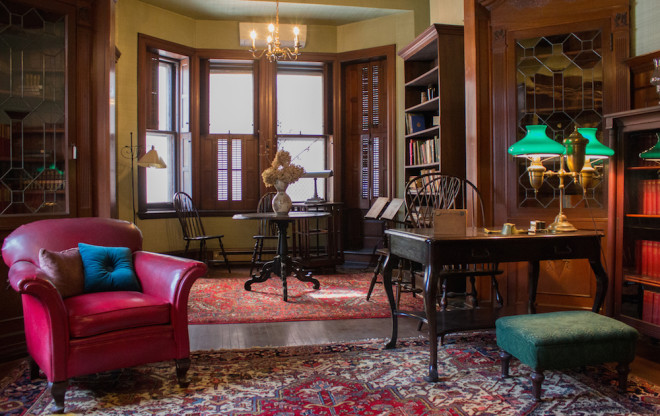 The Trust moved into a 19th century single family residence at 1307 Locust Street in 1906 after trying out several other locations in the city. The new, central location proved to be more convenient for working women than previous locations on the 1100 block of Girard Avenue and 1227 Arch Street. The welcoming atmosphere of the townhouse on Locust naturally lent itself to the group’s varied activities and programming. The house was built around 1851 by an unknown architect in the mid-19th century Italianate style and by the time the New Century Trust took over it had already been modified to accommodate both commercial and living space by former owner Dr. William Drysdale, a dentist who used the front section of his family’s home as an office.

Trust officials converted the dentist office into an administrative office, still used today. The Victorian parlor remained much the same after the organization moved in though the prevailing topic of conversation there shifted to labor rights and women’s suffrage. Drysdale’s wood-paneled gentleman’s library became a lending library for New Century Trust members with approximately 5,000 books in circulation. The family and servant bedrooms on the third and fourth floors were turned into dormitory style rooms where members could stay overnight for up to three nights a week for 25 cents. The dormitories closed in the 1970s, but the rooms and some original furnishings, like the early 20th century wooden lockers, remain. 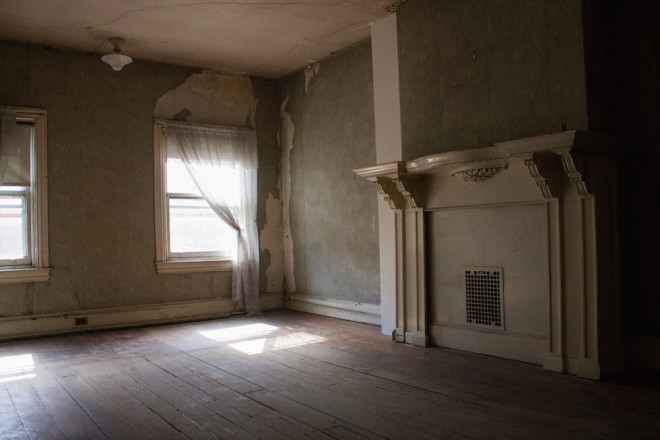 The second and third floors of 1307 Locust Street remain largely untouched since the organization provided dormitory-style room and board for working women needing lodging during the work week or a safe place to stay. There was a three night limit at 25 cents per night. Staff of New Century Trust are working to raise funds to preserve and rehabilitate the upper floors for historic interpretation and education. | Photo: Michael Bixler

Returning the rooms to temporary lodging for college students was recently explored by officials at New Century Trust in partnership with Bryn Mawr College, but the building is not ADA accessible. The addition of an elevator and ramp to satisfy code regulations is both cost prohibitive and near impossible, due to the fact that a ramp would need to utilize space in the adjacent surface parking lot not owned by New Century Trust.

Other areas of the townhouse were changed entirely to create the necessary facilities for some of the organizations keystone programs. Renovations occurred from approximately 1906 through 1920, with some of the alterations designed by architects Morgan Bunting and Arthur Shrigley. Workers gutted the former living room on the second floor to create an auditorium for programs and classes and fitted with a stage for lectures and performances. They added a kitchen to the building’s rear to accommodate the Trust’s “Noon Rest” program, where women could get a low cost, nutritious lunch in the middle of the work day at a time when safe and respectable dining options for working women were sparse. A roof garden was also created in 1915 and was in popular use well into the 1930s, however it no longer exists. 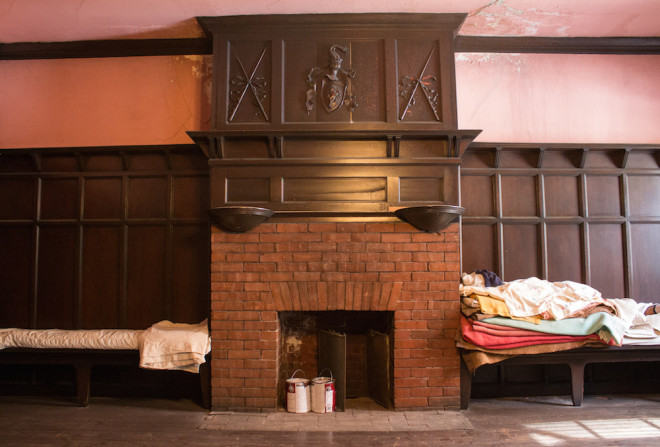 “It was the perfect structure for the Trust as it leant itself so easily to each aspect of the mission as it played out in the 1900s,” says historian Cynthia Little, a retired New Century board member. She says that along with formal programming, the house lent itself to working women as a place to relax, rest, and recreate. Networking, socializing and openly discussing women’s rights the parlor and billiard room created an congenial, safe atmosphere.

The Acorn Club, the first women’s club in the country, two blocks away at 1519 Locust Street, is a striking contrast in form and function to the New Century Trust. Founded in 1889, the purpose of the Acorn Club was explicitly social: to “[promote] literary, musical and artistic tastes and for social enjoyments and such other kindred purposes.” The Acorn Club’s first president, notably listed according to her husband’s name, was “Mrs. Thomas Biddle.” 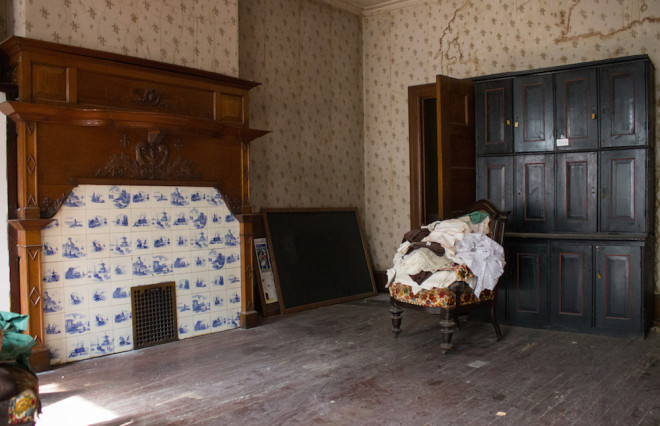 Original wooden lockers for boarders remain in one of the shared rooms for rent. | Photo: Michael Bixler

Today, the Acorn Club employs its institutional clubhouse to host activities of affluent women, whereas New Century Trust uses a traditional 19th century domestic environment for progressive activities and advancing the role of working and middle class women in society. Interestingly, last year, officials of the New Century Trust asked Acorn Club members to participate in a forum about women’s clubs in Center City, but members there declined to participate.

1307 Locust Street, now a National Historic Landmark, is still a place to discuss women’s issues. The group continues to lobby for gender equality and provide working women with vocational training, financial support, and access to a network of peers, with new efforts focused on the preservation, use, and interpretation of their historic headquarters. Board member Lucienne Beard believes that the organization remains relevant to working class women in 2016. “New Century Trust is where Philadelphia women have created a safe place for enlightenment and fellowship for more than 110 years and will continue to do so into the future.”