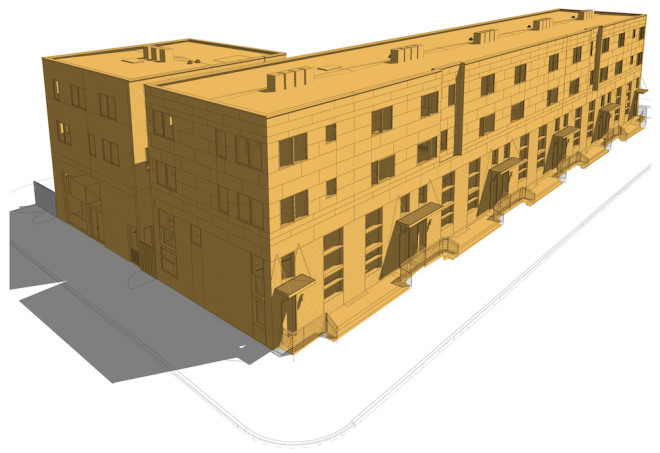 On Tuesday, the People’s Emergency Center will host a ribbon cutting ceremony for 4050 Apartments, an affordable live-work housing development for low income artists in West Powelton. The three story, 24,350-square-foot apartment building, designed by PZA Architects, will fill a long vacant lot at the intersection of 40th Street, Lancaster and Haverford Avenues and feature 20 two and three room units that will include personal studio space. Arts and educational programming will be offered to tenants and the general public in a community room on the ground floor. The $7.2 million building will also include shared exhibition and workshop space. Completion of the project is slated for December 2016 with leasing to begin in early 2017.

PEC has invested more than $65 million in the Lower Lancaster Avenue section of Philadelphia’s Promise Zone going back to the mid-1990s, producing 250 housing units and five educational centers.