Stuck Inside Of Mt. Airy With The Center City Blues 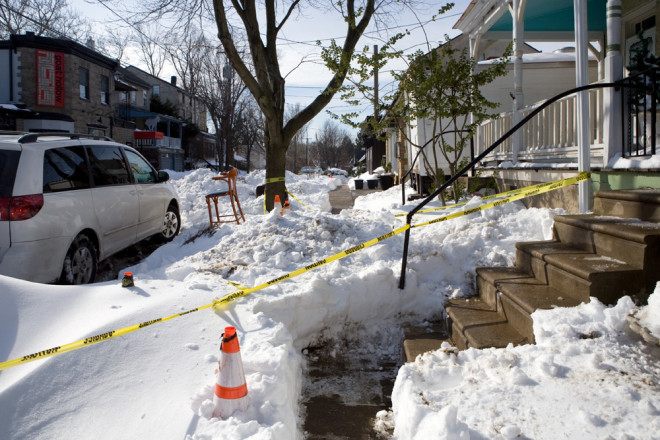 When I moved to Mt. Airy in 2013, I had a list of reasons: the leafy and hilly topography, the history, the architecture, the SEPTA access, the Portlandy Mt. Airy-ness, and above all else, the Wissahickon. Among the neighborhood’s ideal charm was the fact that it’s close to Center City, but not too close. I can be downtown in less than 30 minutes, and when I step off the train coming the other direction, the busy bustle is 30 minutes behind.

That pseudo proximity is never more pronounced than in a massive snowstorm.

I lived in Center City for seven years, 2001–07, and of course I loved everything about it. The love of city life turned magical, though, in the deepest throes of a blizzard, long before the slush and the salt and the hassle of returning to work. Things shut down. Cars and buses (usually) go away. The loud and busy city becomes a white forest of silence and tranquility. Except in the neighborhood bar, which is packed full of friends and neighbors relishing in tomorrow’s snow day and gaily stumbling home in the middle of the street. 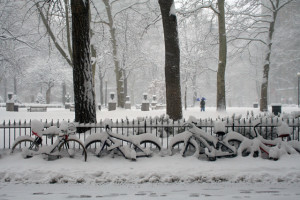 As much as I love Mt. Airy, and I do, I really missed Center City with this, the Great Blizzard of 2016. SEPTA canceled the weekend in advance, and while I’m capable of hiking eight miles in a blizzard, it was the eight back that scared me straight.

In each of the two previous, snowy winters, my instinct has taken me into the Wissahickon, where the stillness is otherworldly. There might be some blue jays squawking, but mostly, you can hear every snowflake as it touches the ground, tink tink tink.

As I’ve spent many many hours in the Wissahickon, I opted this time for the urban blizzard experience, the Northwest standing in for my erstwhile Center City. And as I slogged through the quickly deepening snow in Mt. Airy and Germantown, I could not believe how much attention people gave to their cars: people plowing their driveways and shoveling out their cars before their sidewalks (if at all), the cones and recycling bins and chairs and toilets vying for the next #NoSavesies spot, the cars on the road, on a weekend, as though a massive blizzard hadn’t been forecast all week. This led to a lot of unnecessary aggravation—two-wheel-drive cars getting stuck, 4WDs behind them honking their horns, plows being blocked—and to a lot of my own reminiscing of Center City blizzards.

It made for a strangely disappointing first day blizzard experience, one that I knew only the Wissahickon could balance out the next day. These photos come from those two days: Saturday’s Mt. Airy and Germantown whiteout, followed by the brilliant blue sky through the snowy trees in the Wissahickon on Sunday.

(All photos by Bradley Maule.) 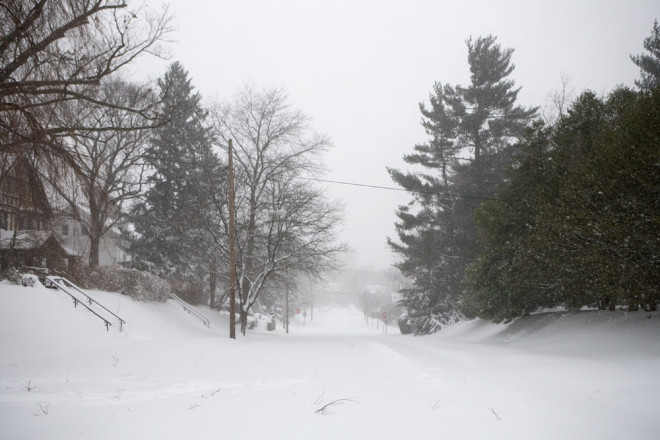 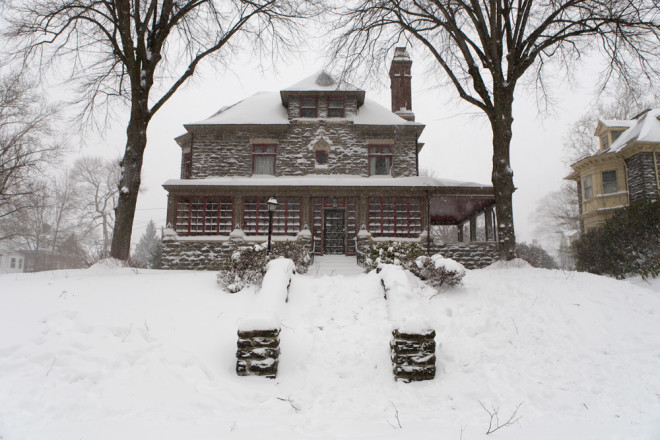 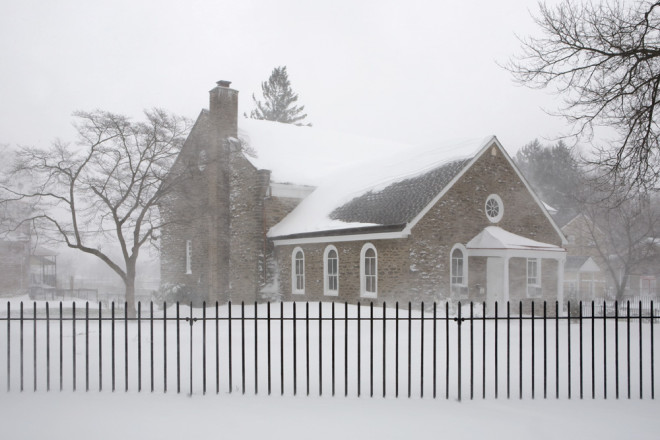 Germantown Meetinghouse, built 1770, the first American home of the Church of the Brethren 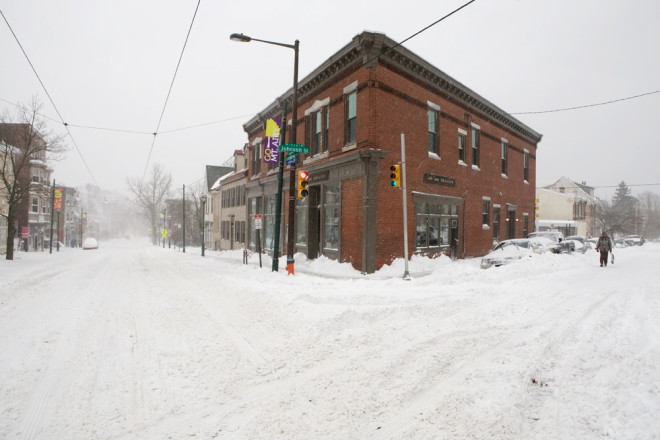 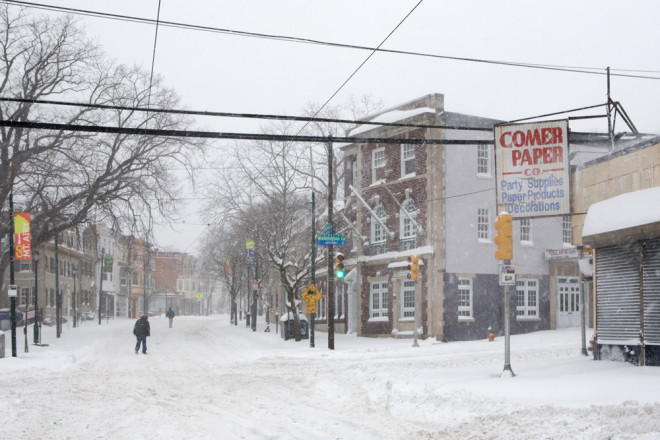 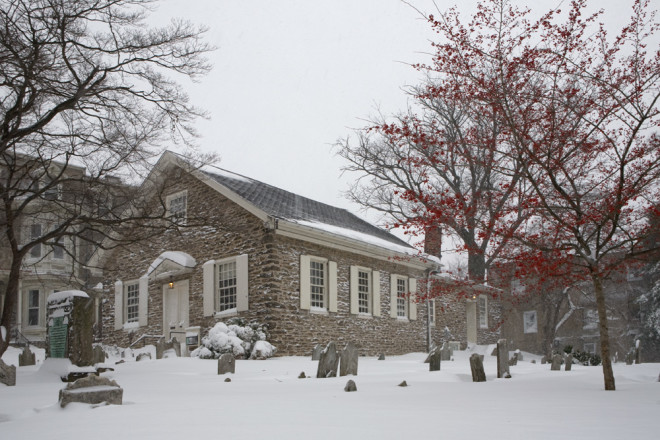 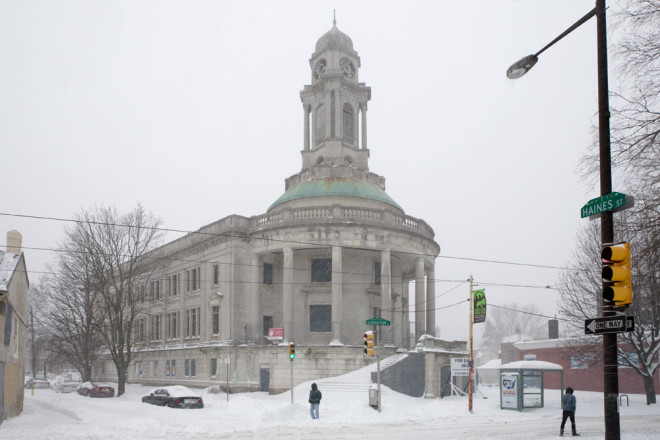 Germantown Town Hall, a fine place for a festival 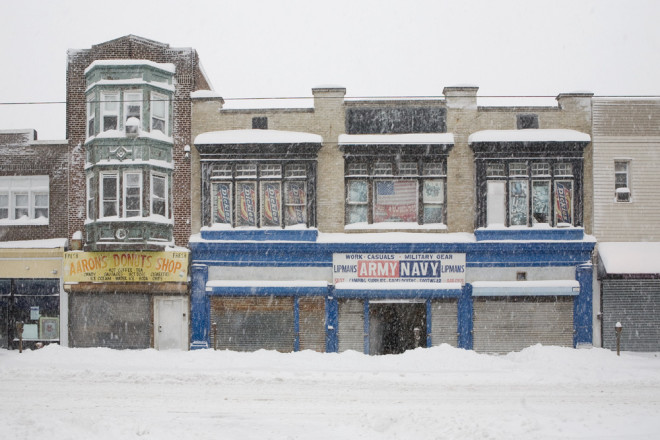 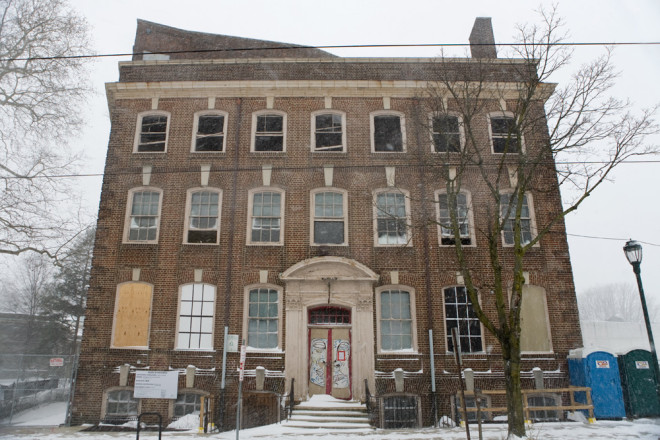 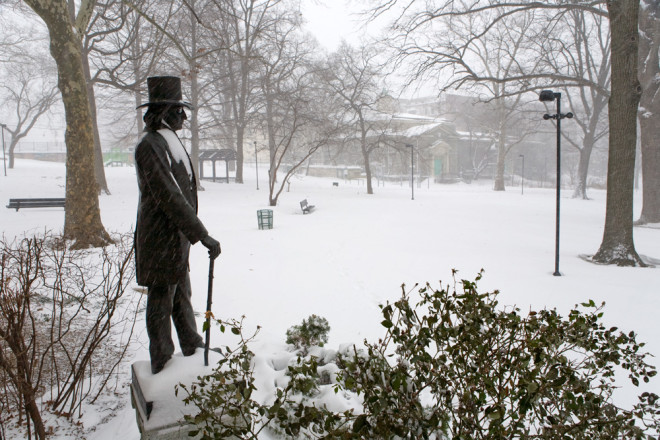 Congressman John Wister looks over Vernon Park, recently renovated under all that snow 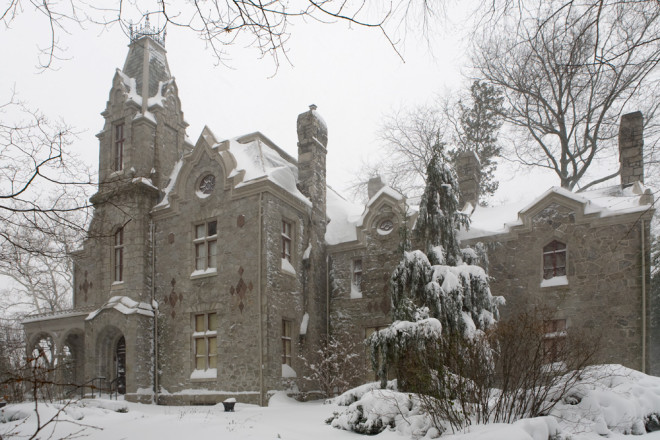 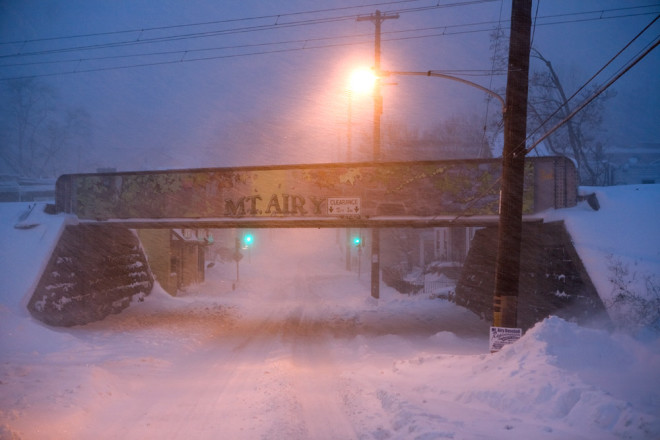 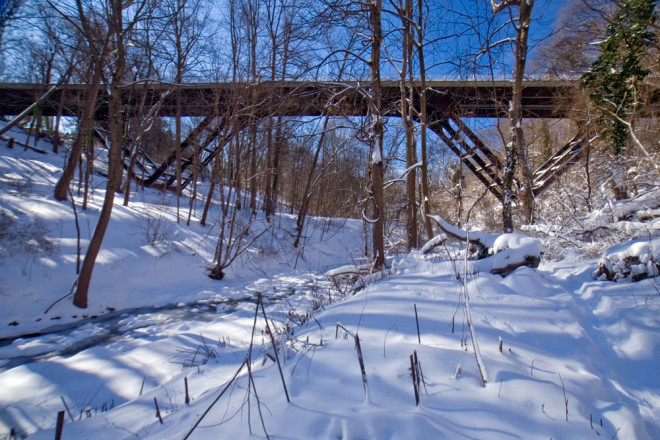 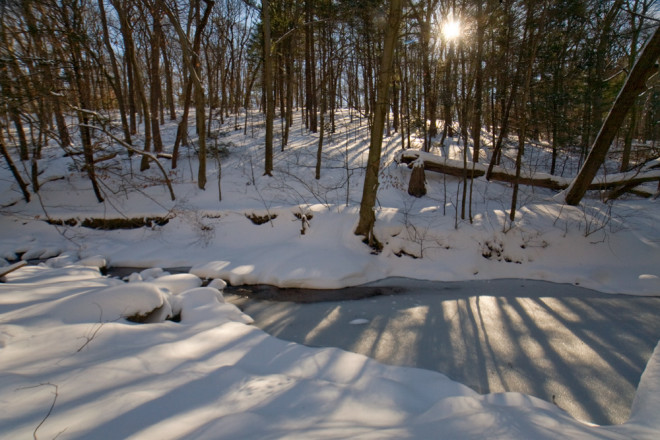 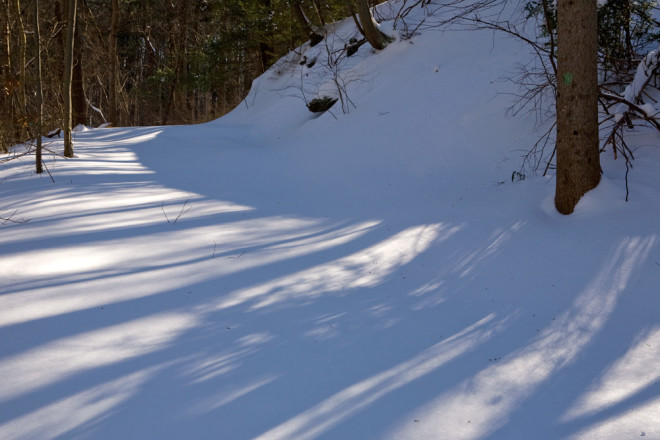 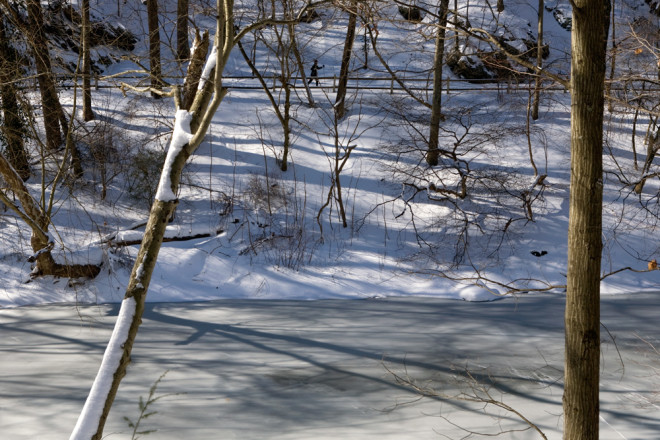 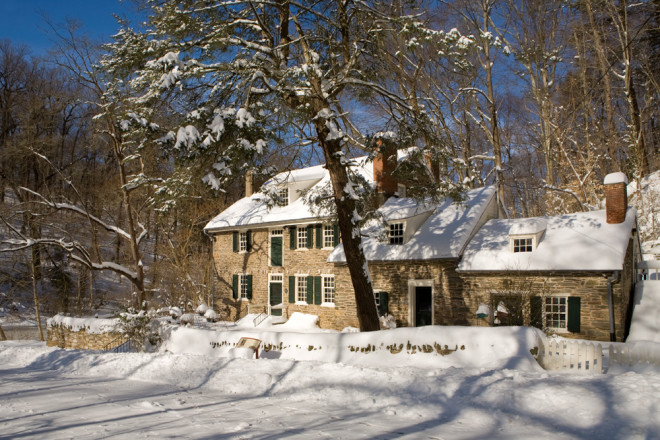 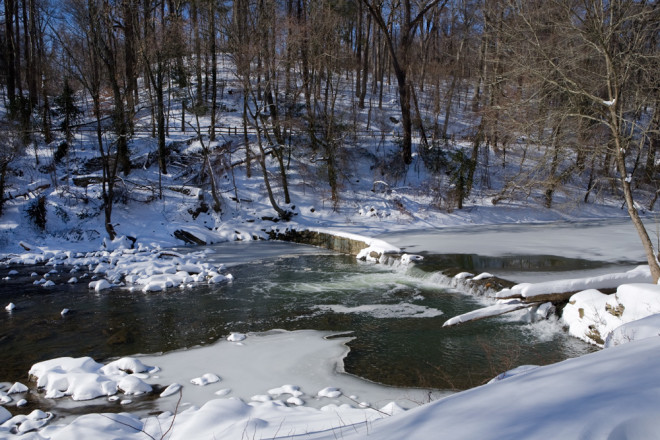 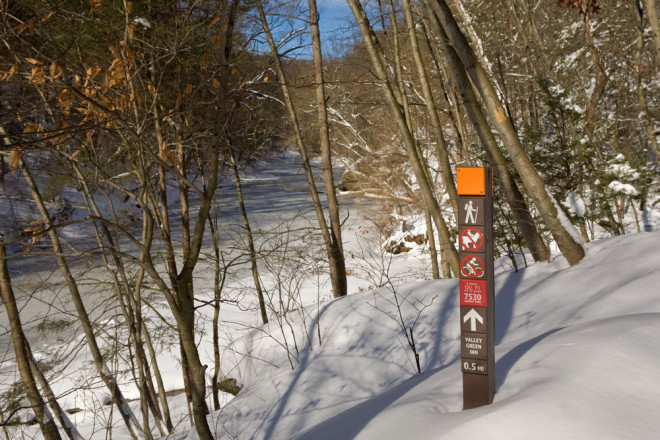 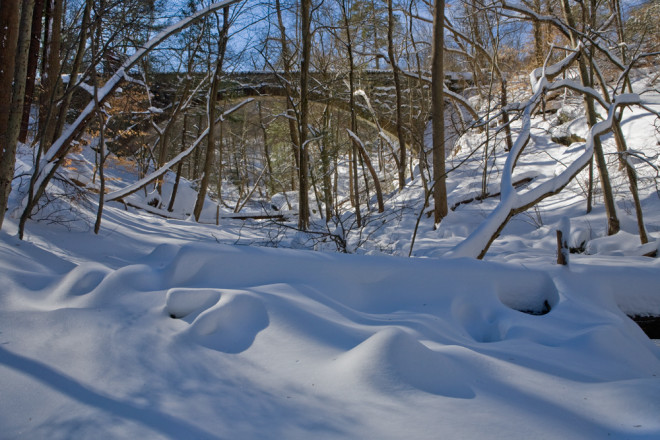 Marshmallow land: Devil’s Pool from above 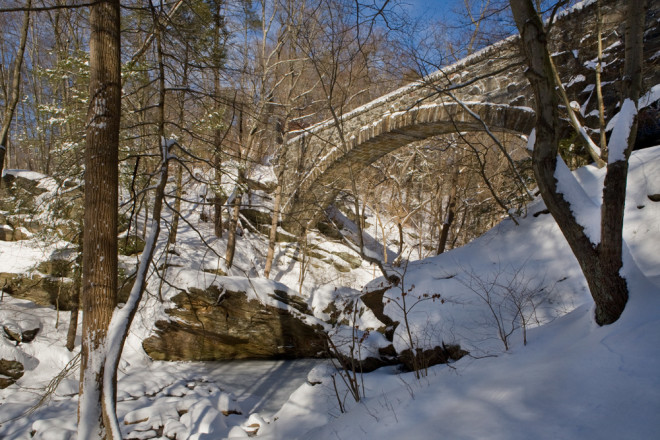 The winter postcard: Devil’s Pool from below