Redevelopment Plans To Be Announced For SS United States 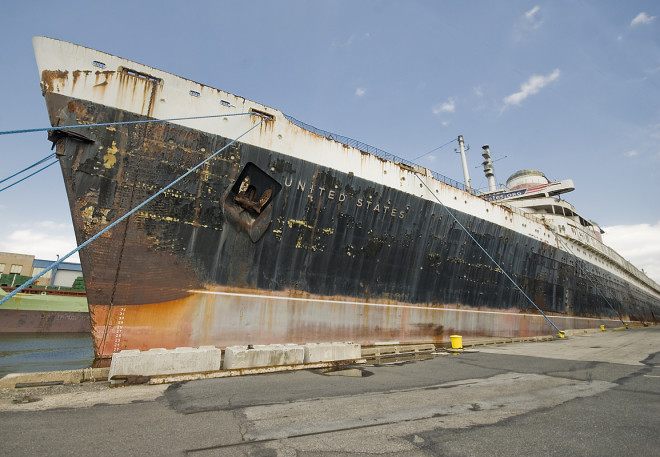 It’s been a stormy ride for the USS United States since being laid up at Pier 82 in 1996. Today’s announcement that the ship will be saved from the scrap yard and redeveloped, potentially for a mixed-use retail and restaurant destination in Manhattan, is a positive turn | Photo: Chandra Lampreich

Redevelopment plans are in the works for the SS United States, according to a statement released by SS United States Conservancy today. Details on restoring the 63-year-old luxury liner are forthcoming. An official press conference will be held at the Manhattan Cruise Terminal on February 4th.

“At the announcement, an exciting future for the ship will be revealed that envisions the SS United States again as an iconic symbol of America the world over. An artist rendering of the redeveloped ocean liner will also be unveiled.”

The transatlantic record-breaking ship first hit the seas in 1952 with a capacity to carry 1,928 passengers, including a crew of 900. It was taken out of service in 1969 and has sat moored at Pier 82 in South Philadelphia since 1996. The liner was designed by renowned naval architect and marine engineer William Francis Gibbs.

Efforts to save the ship from the scrap yard have been expensive and arduous. The conservancy pays $60,000 monthly just to maintain the vessel. The redevelopment deal will likely see the ship leave Philadelphia and return to its native port in New York City.

Step aboard the USS United States with this photo essay by Chandra Lampreich HERE.