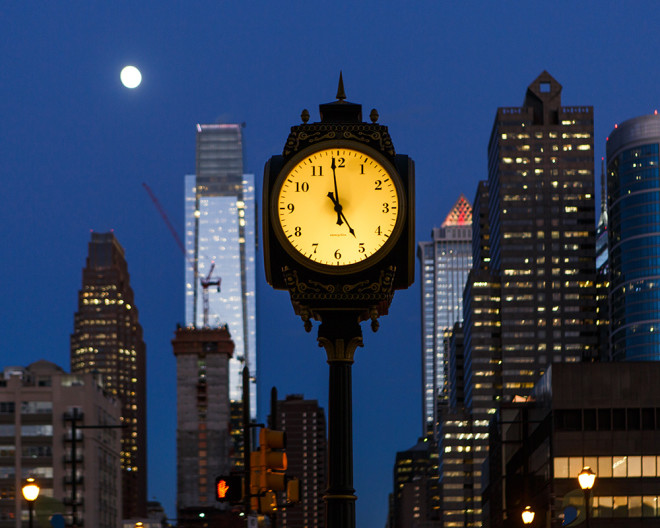 On Torresdale Avenue exactly one mile south of Cottman, the centerpiece on the façade of Graphix One Shirts and Signs is a plain white clock. It doesn’t work.

The state of Philadelphia’s exterior clocks is abysmal, which is what compelled me to start noting and photographing them earlier this year. For a person with mild obsessive tendencies who’s also drawn to the visual details of Philadelphia’s history, the project had no trouble hooking me. I can’t pass through a commercial corridor without looking sideways at every storefront.

Another thing that drew me in was the lack of interest for sign clocks as an artifact. The more I look into them, the more I realize it’s not anything anyone is thinking about. The shop on Torresdale told me they get orders for sign clocks from “time to time,” but didn’t have much to tell me, and lost patience for my questions quickly. 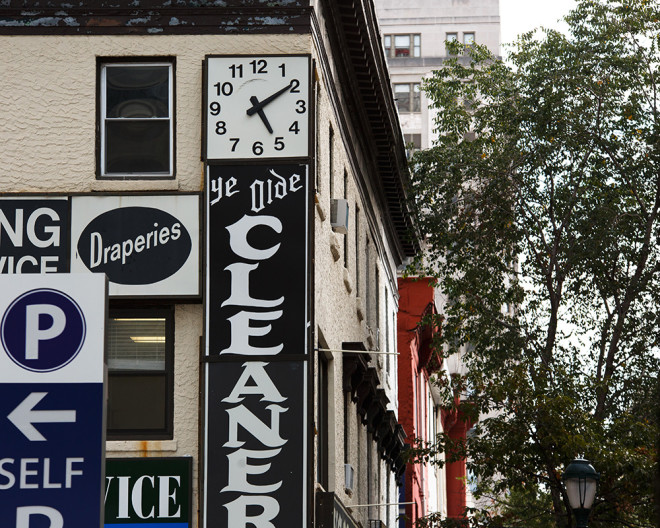 The consensus points to the obvious. Sticking a clock on your building or sign is a ploy to draw eyes and attract business. There’s no deeper revelation to explain their existence and former popularity. Sign clocks tend towards dry cleaners, diners, factories (practical) and funeral homes (slightly passive aggressive) but are well represented on a variety of commercial and government buildings.

While the project started with sign clocks—the plastic, analog canister clocks installed as a part of outdoor signage—it soon expanded to include tower, street, and sometimes sidewalk clocks. I’ve not included churches, but I make exceptions for clocks installed on buildings that later became churches. I’ve found three, and am starting to wonder if exterior clocks have some invisible power that attracts religious leaders. Nor have I included interior clocks like the Cartiers in the PSFS Building.

Jay Scales of Elderhorst Bells Inc., a firm located in Palm, Pennsylvania, explained that sign clocks gained popularity throughout the 20th Century, with a decline beginning in the 1970s. I say tentatively, because like everyone else I’ve talked to, no one is really paying attention to them, and his information came with that caveat. 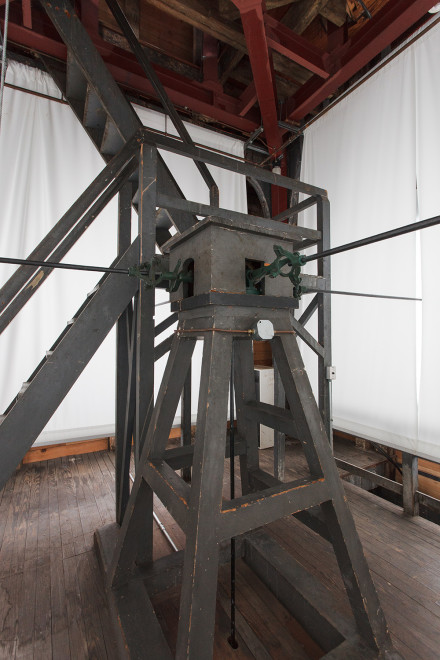 Most of Elderhorst’s business is in tower clocks. Scales’ company recently restored Independence Hall’s clock and the Colgate clock on the Hudson riverfront in Jersey City. The firm is currently working on the MetLife building in New York. Business is up since the great recession, but overall restorations aren’t experiencing any kind of renaissance. Restoring a clock “doesn’t help the bottom line,” Scales explained. Elderhorst’s business skews towards deeper pockets, and is centered mainly in New York and its suburbs.

Philadelphia has its share of tower clocks, functional and otherwise. With the notable exception of City Hall, most of these were the work of E. Howard & Co. or the Seth Thomas Clock Company. They reached peak popularity in the 20 years before and after the turn of the 20th Century. In those days, grandiose or “statement buildings” often included a tower clock.

Today, many of these are in terrible shape. “People get tired and let things go,” Scales reasoned. “Philadelphia is very slow in spending money on signage… New York is different.”

On the upside, shoddy maintenance leaves a window open to the past. Scales would prefer to see proper preservation, where old signs and exterior clocks are restored to their original condition. I’m not holding my breath, and will keep on shooting them as I see them.

Want to help me out? Here are the rules that I’ve set for the project: 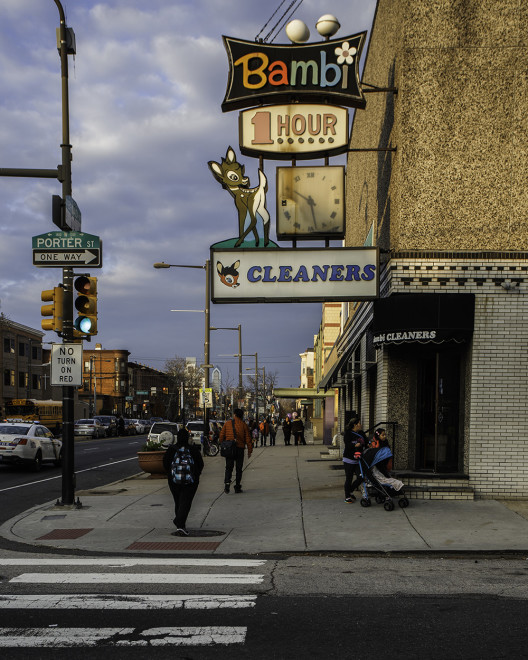 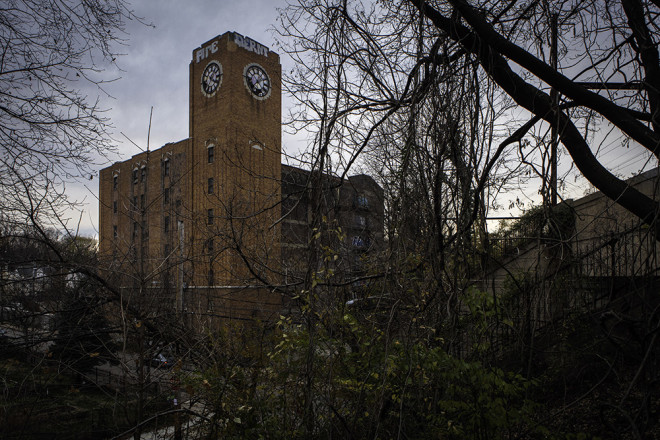 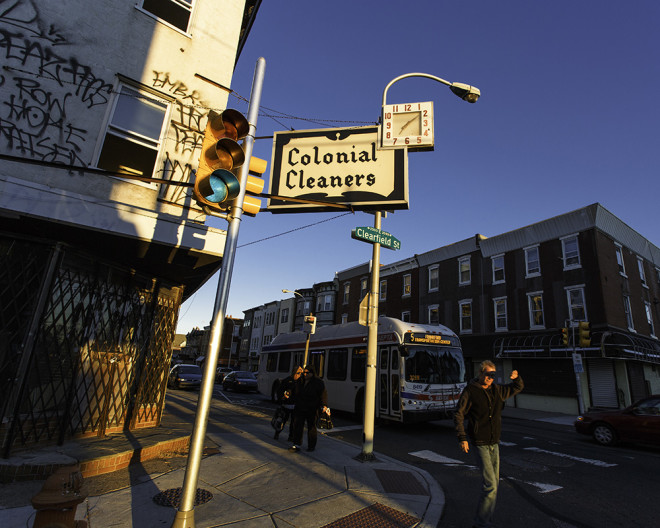 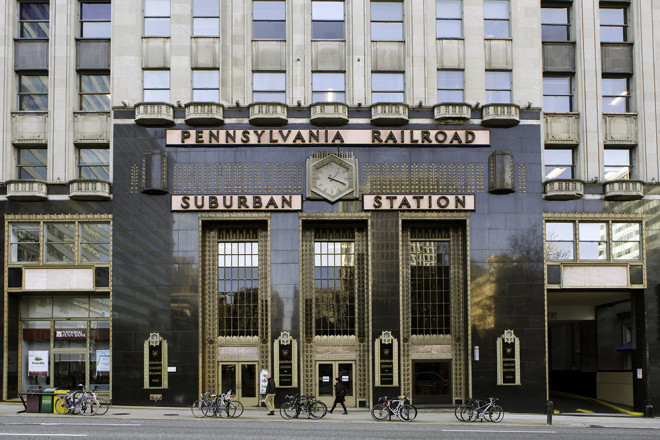 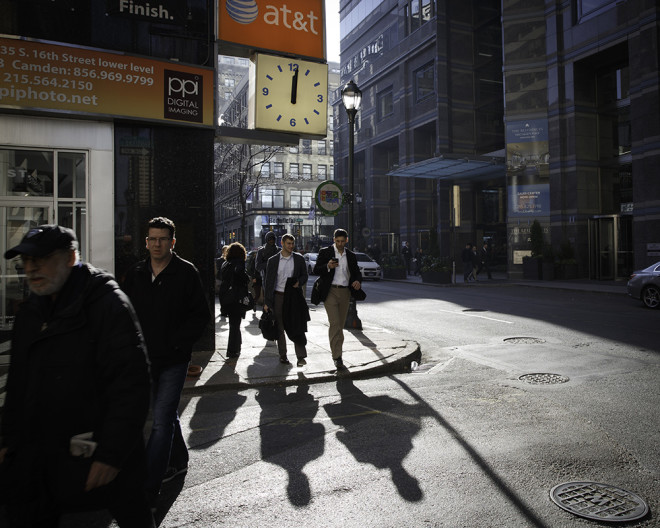 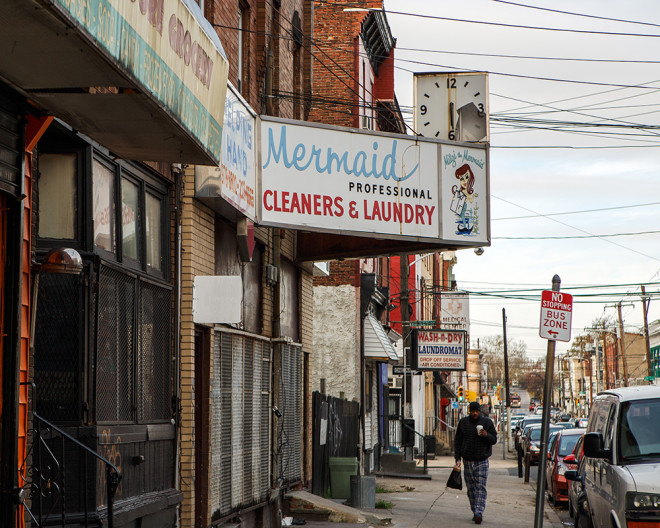 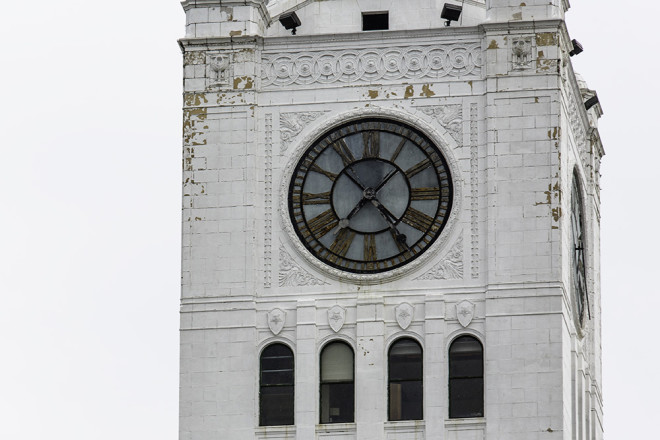 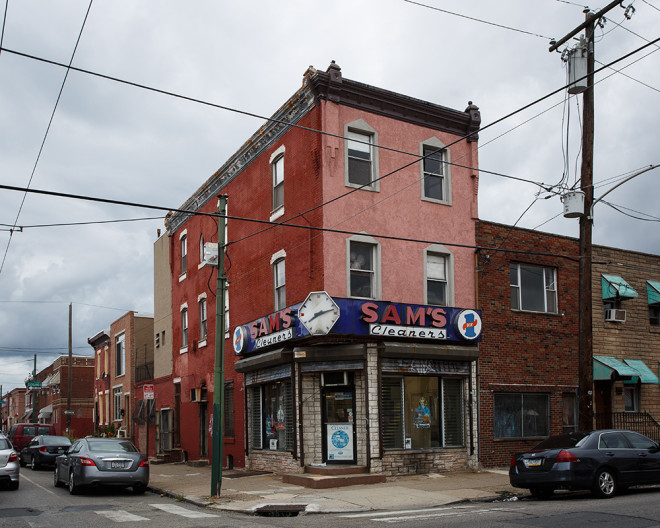 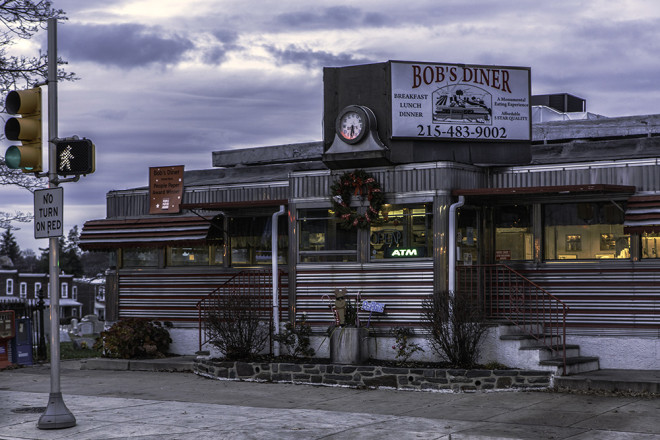 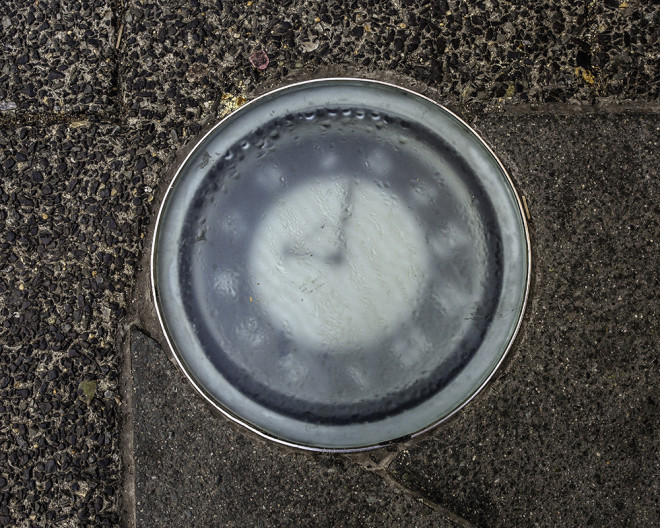 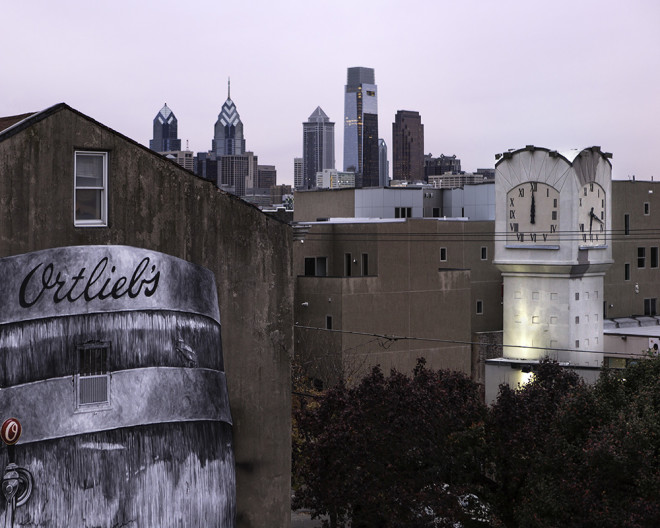 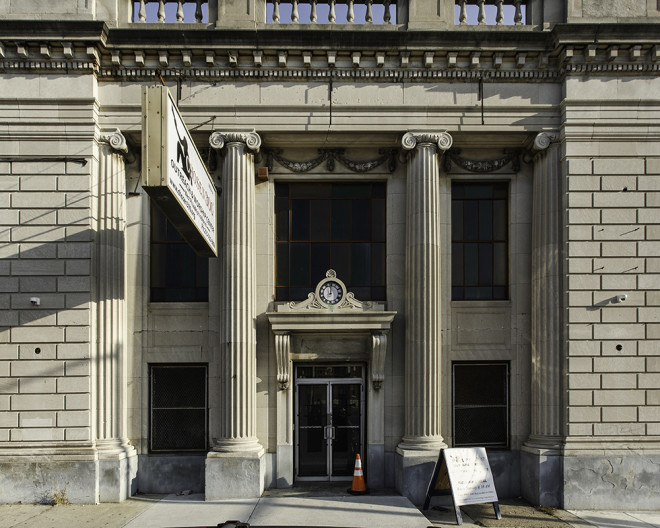 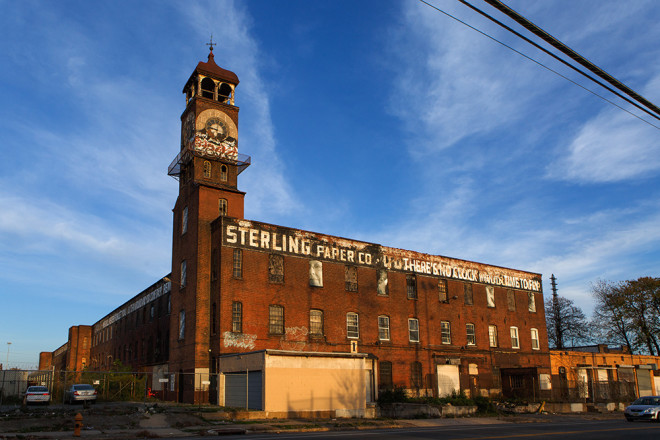 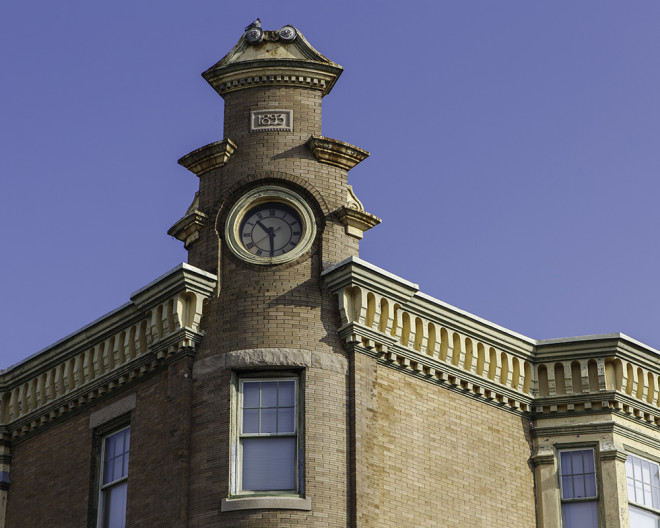 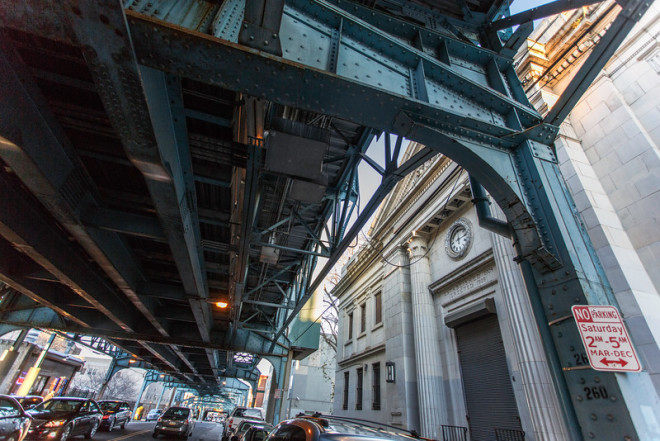 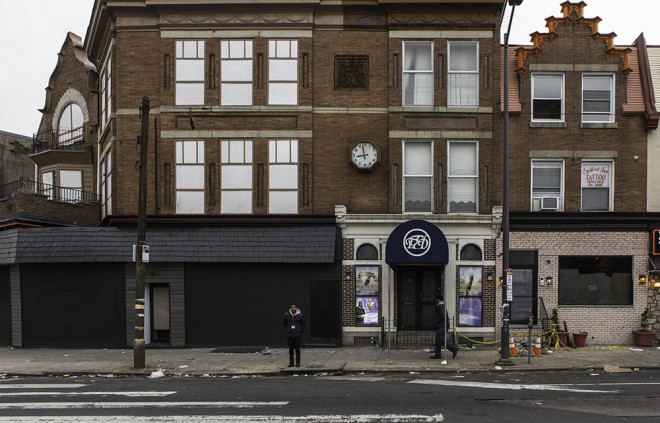 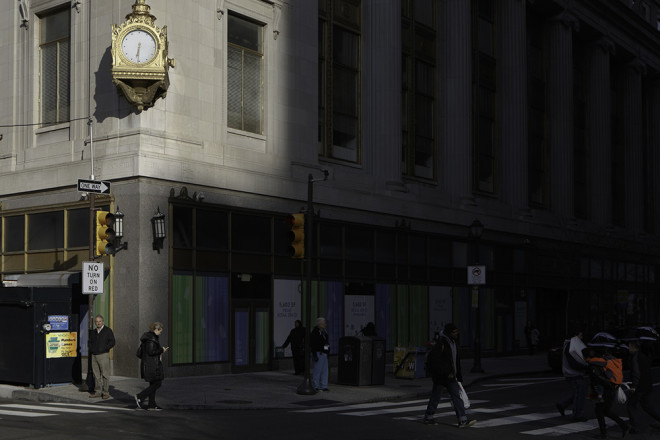 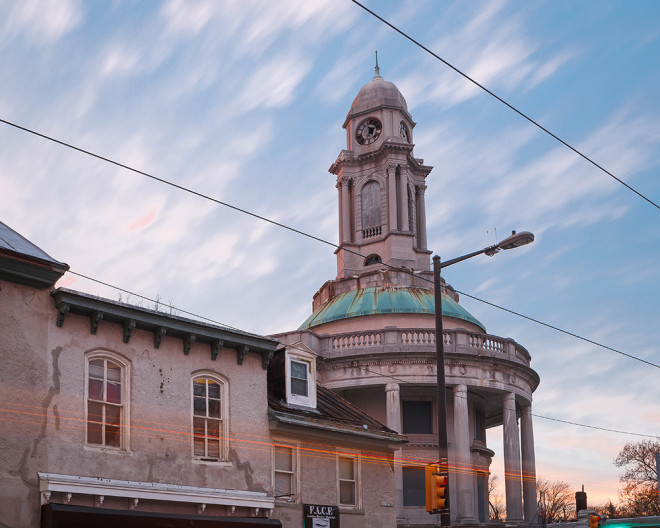 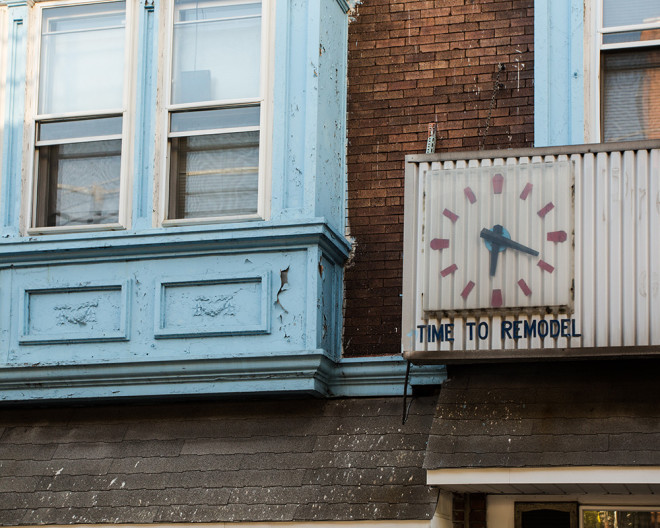 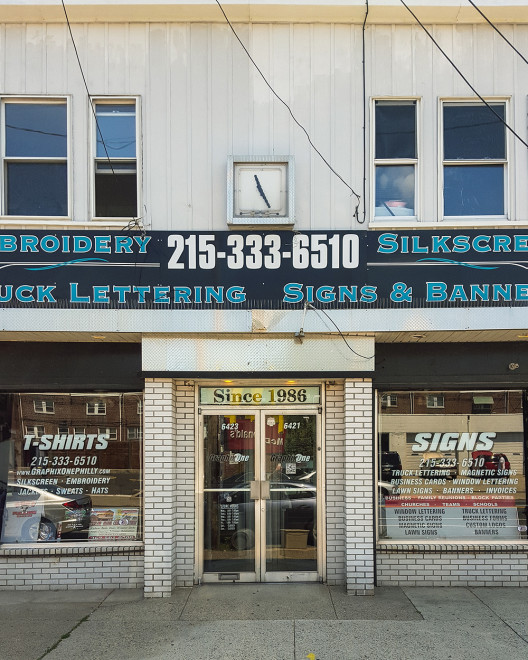 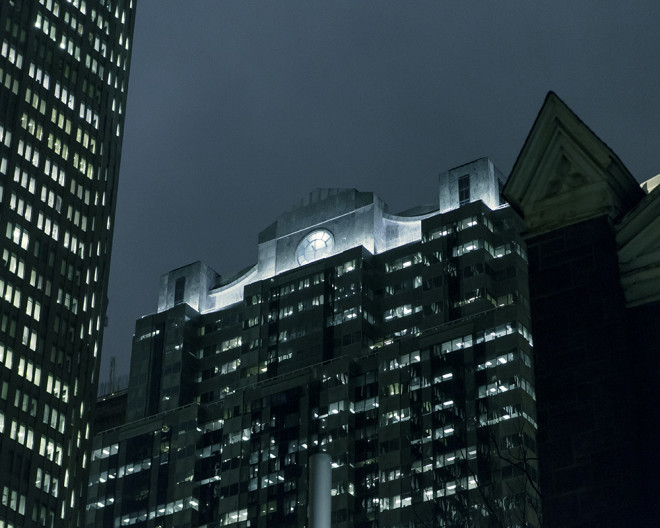 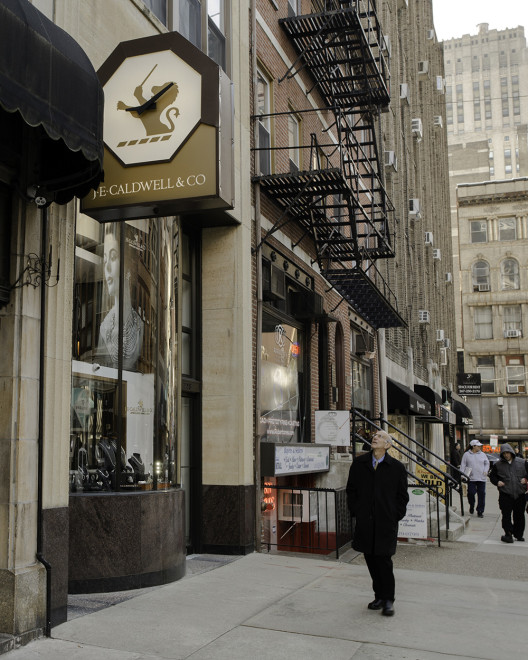 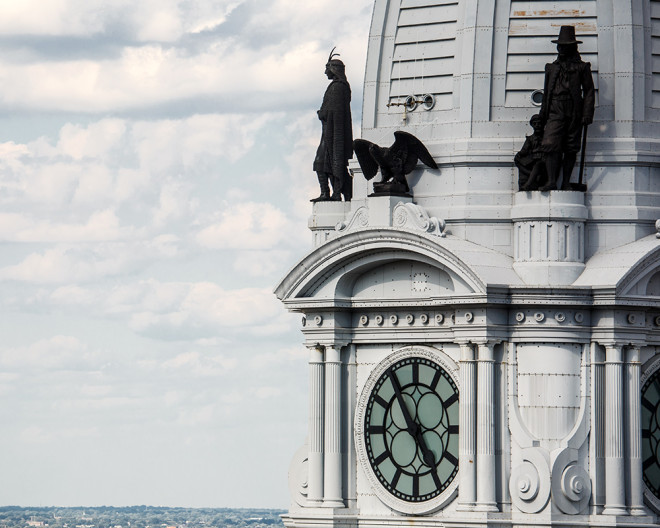 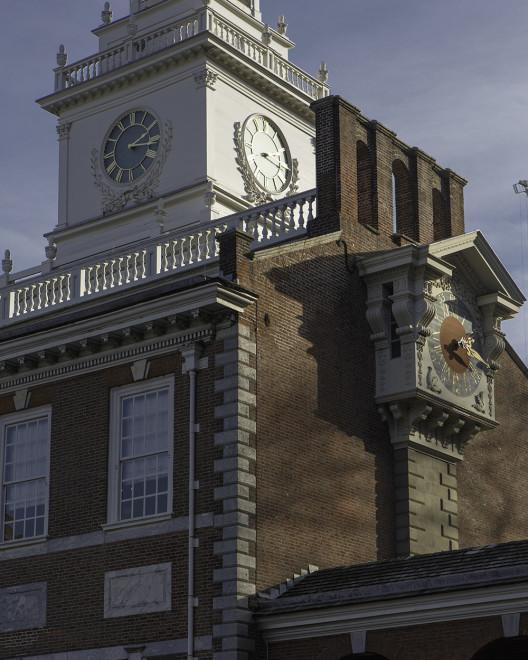 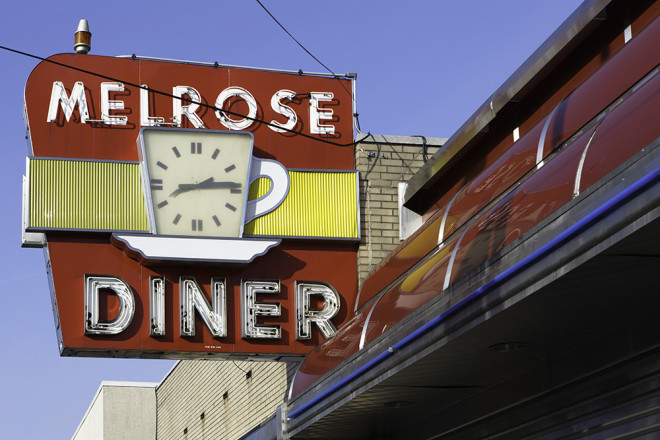 The photos accompanying this article come from a larger set. To see the full gallery, click HERE.

Below is a list of clocks I’ve noted and/or photographed, but that do not appear in this post.