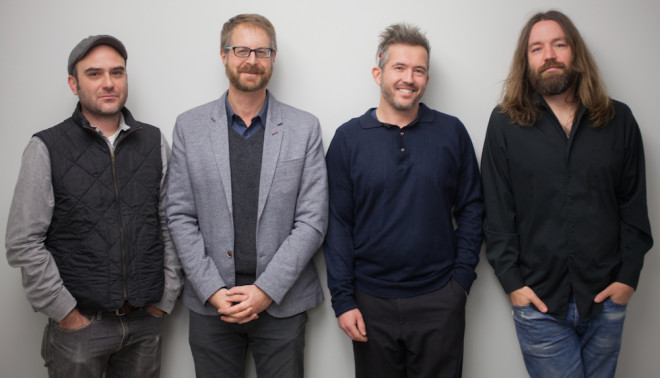 Beware journalists talking about themselves. For such a supposedly cynical bunch, the rhetoric of our fellow ink-stained wretches gets awfully high-minded when the subject is the importance of their work. We’re not all that different, really, so we’re going to toot our own horn here for about half a minute.

The Hidden City Daily has always tried to provide rich context along with the news. This was the vision of founders Nathaniel Popkin and Pete Woodall. They were later joined by Brad Maule, best known as the writer/photographer behind the blog PhillySkyline.com, and Michael Bixler, another talented journalist with a strong understanding of Philadelphia. We were all visually inclined, and knew we wanted the site to look as good as it read. We wanted it to go deep into this complex and sometimes contradictory place. So far, with creative freedom entirely at our control, we have been able to maintain a high level of quality that has surpassed our expectations for this modest, bootstrapping publication.

We don’t look at Google Analytics too often (it’s the gateway drug to chasing page views), but taking a peek at it now shows we’ve had more than five million page views since we launched in 2011. On the one hand, that’s about as many hits as a really adorable cat video on Youtube, but on the other, it’s pretty good for a publication focusing exclusively on Philly history, architecture, planning, public space and landscape architecture, preservation, and design. We’ve made it this far despite not having any institutional backing outside of a start-up grant–no big foundation money or ready cash from a well-heeled philanthropist. Mostly, our money has come from you, dear readers, when you become members, go on a tour, buy something on Hidden City Mercantile or donate to our annual fall fundraising campaign HERE.

We couldn’t do it without the consistent work of our contributors. More than 100 people have written or photographed for the Daily since 2011. Although a few are professionals who write for us between better paying gigs (Jared Brey, Ryan Briggs, Theresa Everline, Ann de Forest, Ashley Hahn, and so many others), no one who writes for a living can afford to rely on us for work. Instead, we’ve tapped into a pool of like-minded individuals with a passion for examining the urban experience in all of its exciting, infuriating, and wonderfully puzzling aspects. The Hidden City Daily would not exist if it wasn’t for this vibrant community of writers, photographers, urban planners, preservationists, professors, and historians that help shape our content and present the city with meaningful context. A sincere thank you to everyone for making our project a success.

The Curated 15: Top Stories of the Last Year 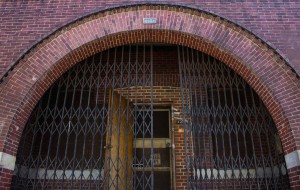 An Antique Swimming Hole Under The El

A public bath for five decades, this brick-arched beauty now houses a brush and broom manufacturer. The Shadow dives into the history of this sunken treasure under the El. 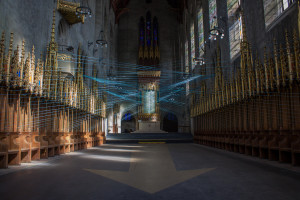 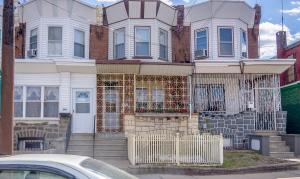 Steeped in culture, community, and a sense of ownership, Kensington’s porch cages are anything but a neighborhood quirk. Michael Buozis brings us this latin-infused story of tradition and architectural modification. 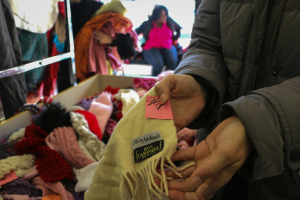 An institution in South Philly for decades, the beloved American Thrift closed its doors in November last year. Hidden City contributor Kim Massare was there on the last day and has this bittersweet photo essay.

In a city of layers, Michael Buozis uncovers a certain palimpsest: the synagogues of Strawberry Mansion, fulcrum of Jewish life between the two world wars. 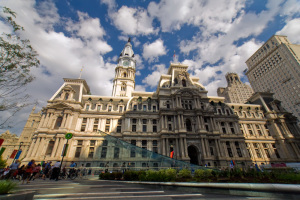 A Monumental Shift At Dilworth Park 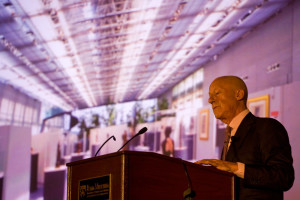 As it rises out of the construction site at 18th and Arch Streets, the Comcast Innovation & Technology Center will lead the Philly skyline into the future as the city’s new tallest building. Hidden City co-editor Bradley Maule examines the process and influences of the project’s architect, Lord Norman Foster, recipient of the 2015 Louis I. Kahn Memorial Award. 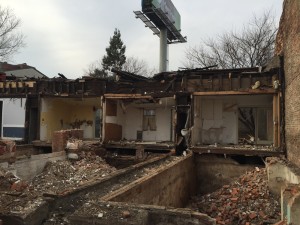 To Preserve And Protect: Preservation At A Crossroads In Philadelphia

Philadelphia’s stock of history-rich architecture is in jeopardy, and the time for proactive preservation reform within city government is now. Tireless preservation advocates like Oscar Beisart are the driving force behind getting buildings protected these days. Beisart shares his thoughts and perspective on the need to invest in our remaining architectural heritage with this passionate personal essay. 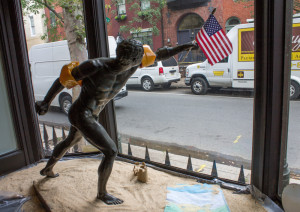 Philadelphia leads the nation in off beat residential window displays. One such display on Delancey Place in Rittenhouse Square stops pedestrians square in their tracks with a bronze gladiator statue and an endearing commitment to wit. Hidden City contributor Karen Chernick takes a peek behind the bay window to give us the story of Mister 1801. 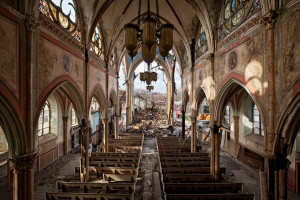 Surveying The Damage With Abandoned America: The Age of Consequences

A picture is worth a thousand words, but some can leave you speechless. Hidden City co-editor Michael Bixler caught up with photographer Matthew Christopher to discuss a nation in architectural decline and his new book, “Abandoned America: The Age of Consequences”. 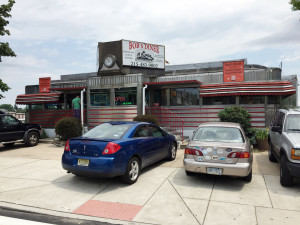 The Rise And Fall Of Philadelphia’s Diners

The menus are novellas and the plates are heaping. Diner expert Randy Garbin takes stock and tells us everything we ever wanted to know about Philly’s remaining prefab eateries. 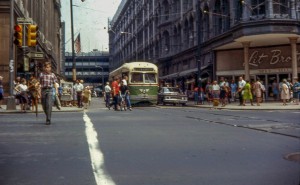 A teenager named David Wilson toted his Brownie Hawkeye camera all over Philadelphia in the late 1960s, photographing the city’s trolleys, trains and buses. In doing so, he inadvertently created a portrait not only of the city’s transit, but also its neighborhoods. 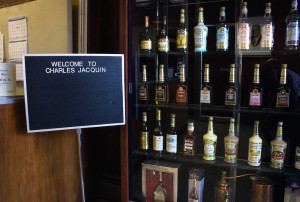 A Spirited Quest: On The Trail Of Philadelphia’s Distilleries

Craft beer may flow in Philadelphia’s 21st century veins, but liquor manufacturing has a long, spirited history here. Nic Esposito gives a toast to the city’s past, present, and future of distilling. 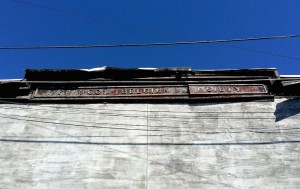 Fragments Of The Franco Belgium Society In Frankford

Underneath a thick coating of concrete and graffiti lies the former home of The Franco Belgium Society. Memories of the French and Belgian presence that arrived in Frankford during WWI has mostly been lost to a neighborhood exodus in the 1960’s and fading recollections. Contributor Max Marin gathers the last remaining fragments of the community and the clubhouse on Deal Street. 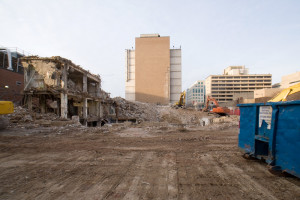 Philadelphia preservationists have taken a wrecking ball to the gut this year with the Boyd Theatre currently coming down and the fate of the legendary Blue Horizon sealed by the Philadelphia Historical Commission’s choice to not designate its interior. Meanwhile, just up North Broad Street, Temple University is in the midst of a demolition spree, in some cases with no plans to replace what it’s knocking down. Rachel Hildebrandt surveys what’s been lost through almost 70 years of campus expansion.