And Liberty For All 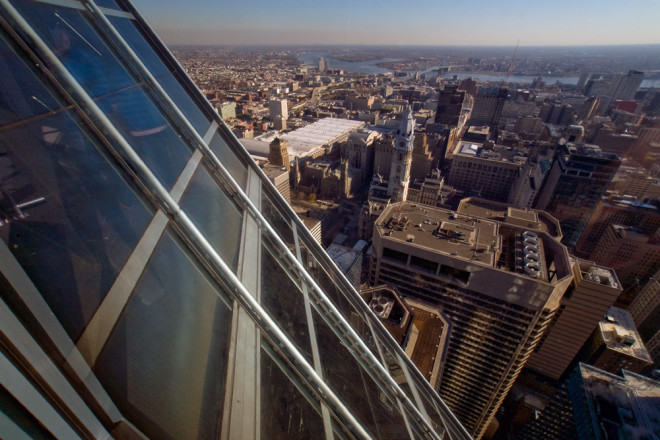 After 28 years, Joe Q. Philadelphia can finally catch a glimpse of Billy Penn’s hat from above | Photo: Bradley Maule

When it opens this Saturday, One Liberty Observation Deck will take the average Philadelphian higher than he or she has ever gone. City Hall’s observation deck, the Zoo Balloon, R2L restaurant next door, the “oops how’d I get here wink wink” 33rd floor of the Loews Hotel, the late Penn Mutual Building observation deck… the opportunity to sneak a peek of the city from above has always been there, if you knew where to look. But the experience at One Liberty figures to be much different.

For starters, One Liberty Place holds a significant place in the history of Philadelphia’s built environment, the skyline in particular. The city watched in fascination (and consternation to some) as Helmut Jahn’s blue glass paean to the Chrysler Building rose through the mid-1980s to shatter the nearly century-old, so-called gentleman’s agreement to keep William Penn’s hat atop City Hall the highest architectural point in the city. (I frame it that way because the antenna atop PSFS far surpassed Penn, and some of the antennae at the Roxborough farm even double that height.) 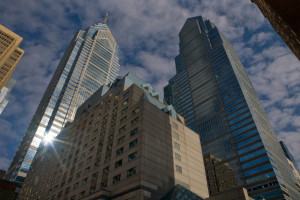 At 883′, the 57th floor of the epochal tower provides a 360º view from the brand new highest public place in the city. Even most Comcast employees can’t get to the highest point in that building, and the Four Seasons lounge atop the Comcast Innovation and Technology Center is at least two and a half years away from opening.

But what makes One Liberty a different experience than that at City Hall and the others is the total tourist experience, programmed by Montparnasse 56 of France and designed by Gensler. The express elevator features a fancy animation that illustrates your height as you ride, from the second floor to the 57th in 75 seconds. There are touchscreen interpretive panels with super-HD photos that let you pan and zoom in to details as vivid as the frog sculpture in Rittenhouse Square. The music on the PA is heavily Philadelphian—in less than an hour during yesterday’s preview, I counted Hall & Oates, Teddy Pendergrass, Todd Rundgren, the Hooters, Tammi Terrell, John Coltrane, Stan Getz, and even Dr. Dog among the Philadelphia artists serenading the new space.

And of course there’s the visual Philadelphiana. You’ve probably already seen the polygonal Ben-Franklin-cum-Max-Headroom sculpture—his feet at the second floor entrance, his bust on the 57th floor. A hockey penalty box faces the southern view toward the Flyers’ home at the Sports Complex. Mike Missanelli narrates an audio tour of Philly sports, interspersed with Dave Zinkoff’s “Julius, the Doctor, Errrrrving!” and Harry Kalas’ “High Hopes” and Chase Utley’s “World [bleep] Champions!” (It actually bleeps; I know what he said.) Michaela Majoun and Jerry Blavat join Mikey Miss in other narrations.

Lots of Franklin, a little bit (but not too much) of Rocky. The requisite sports teams and pretzels, founding fathers and Mummers. The expected LOVE statue; an unexpected photo of Keith Haring’s Point Breeze mural. An exquisite portrait of Grace Kelly.

Oh, and one final, major difference. The $19 admission has already caused for some griping and contention online. But nineteen bucks ain’t gonna break anyone’s bank for the best view in the city. On a clear day, you can see 60 miles in any direction, and for comparison’s sake, it’s on par or better than the admission at similar observation decks:

Given Philadelphia’s growth and relatively optimistic recent past, and seen against those other prices, the $19 may actually come as a bargain. That said, you best believe you exit through the gift shop. For more info, visit the official web site HERE.

With these photos, I intentionally left One Liberty’s unique features out—don’t want to spoil your first visit. These are just some of the views—everyone will see something different. One Liberty Observation Deck opens this Saturday, and it expects to be open 365 days a year, 10AM–10PM. 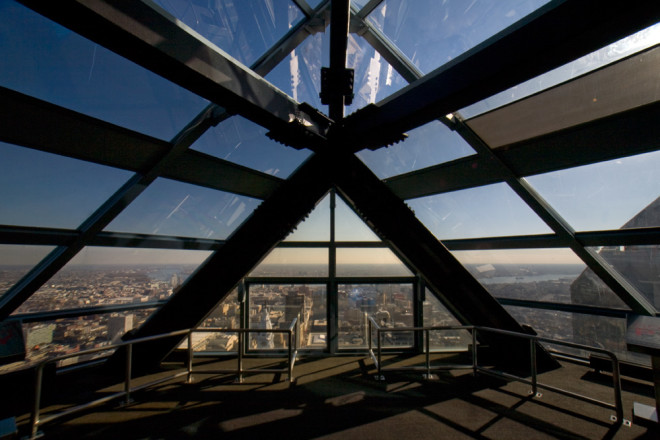 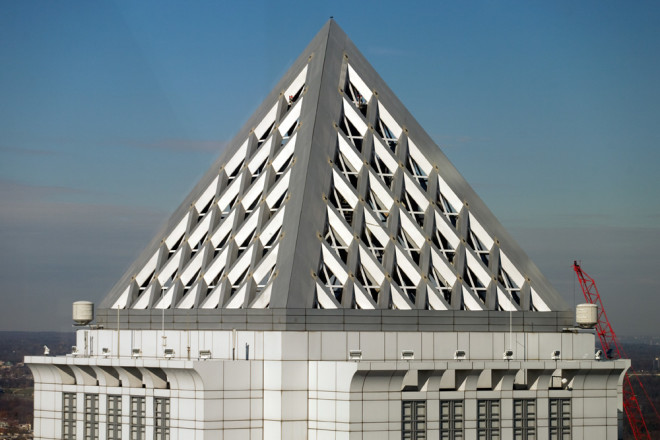 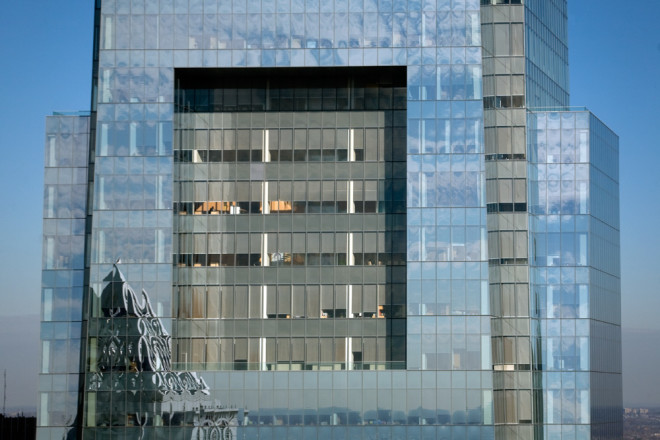 … and Comcast Center are up close and personal | Photo: Bradley Maule 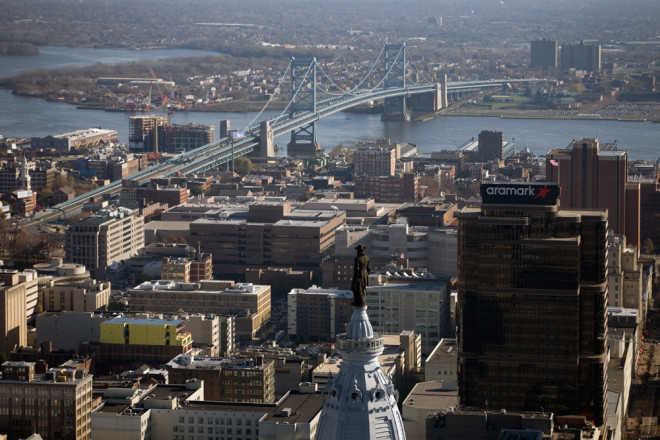 As is, of course, City Hall and Billy Penn, all the way down there | Photo: Bradley Maule 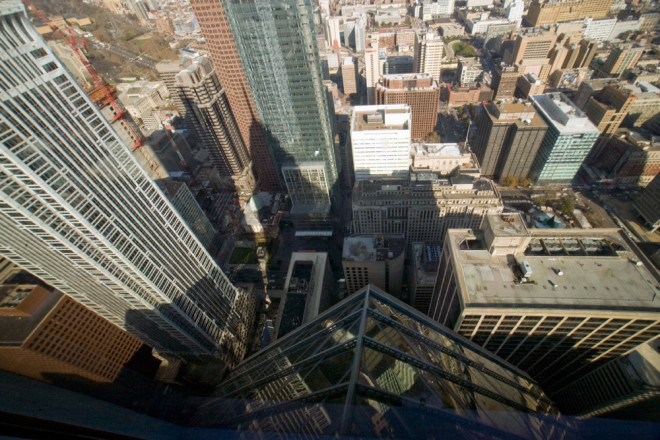 Be sure to look down | Photo: Bradley Maule 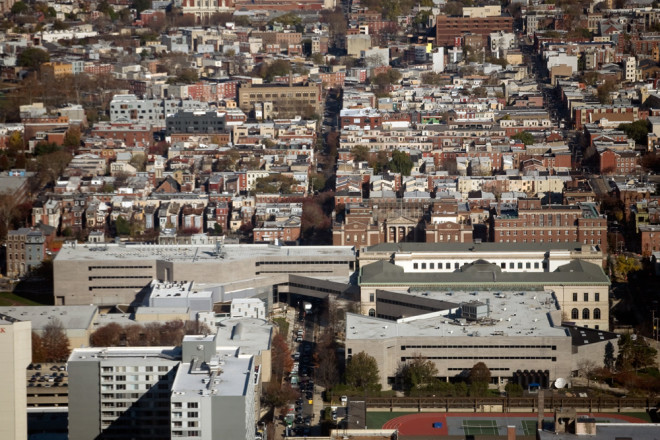 The mesmerizing street grid of the city is most notable when it’s interrupted, like here, at Community College of Philadelphia | Photo: Bradley Maule 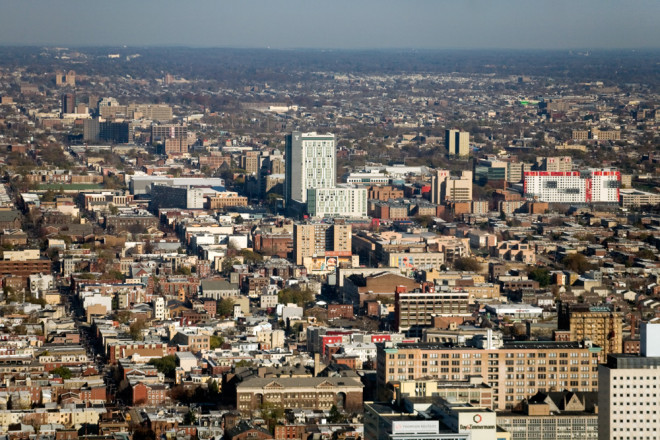 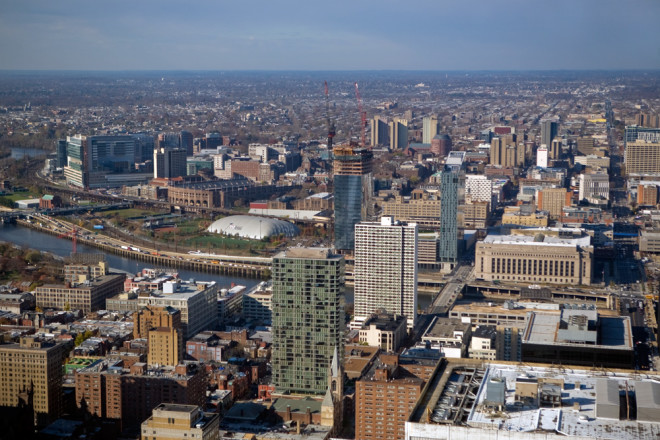 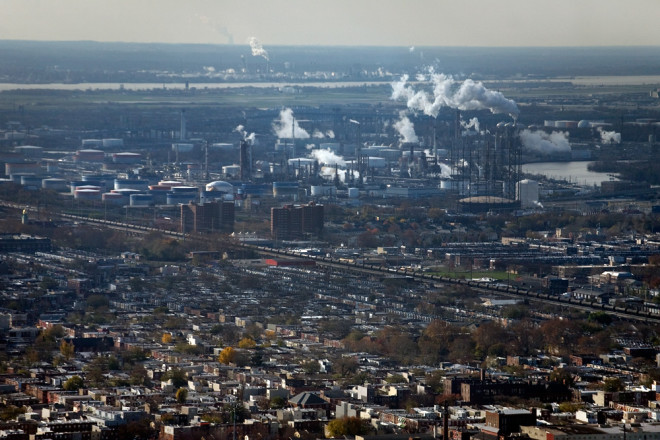 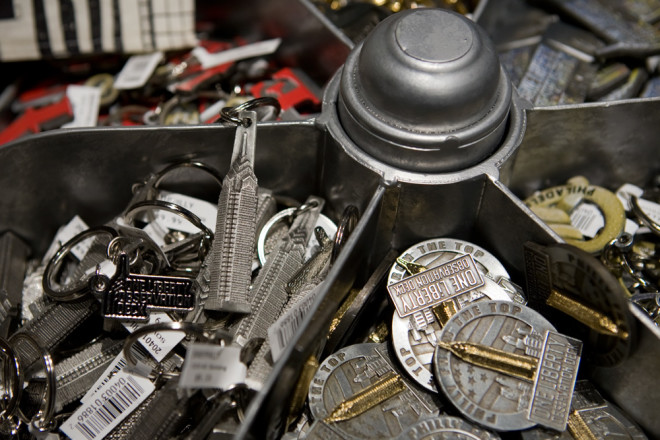 At last, One Liberty Place in pewter | Photo: Bradley Maule 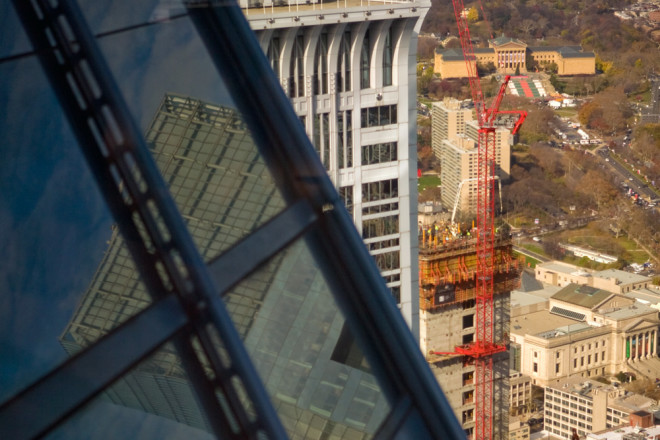