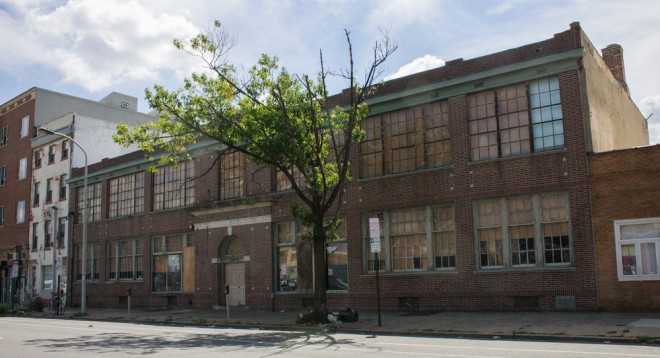 Callowhill’s industrial heritage lives on. This former furniture factory on Spring Garden Street is currently being renovated for mixed-use and will see a three story addition | Photo: Michael Bixler

The Lawsonia Building, on the 1100 block of Spring Garden Street, has been a fixture of the neighborhood for 85 years. For seven straight decades this short, lean factory punched a time clock for a plumbing supply company and later a hand-crafted furniture workshop. The building was vacated in 2002 and has sat unused for the last 13 years. A residential rehabilitation currently underway, designed by Harman Deutsch Architecture, will put this manufacturing landmark back to work with three additional floors and ground floor commercial space.

The Woodward-Wanger plumbing supplies company moved from 1106 Vine Street into two handsome row houses at 1106 and 1108 Spring Garden Street on April 15th, 1915. Over the next decade the company acquired and added the properties at 1110, 1112, and 1114 Spring Garden Street to its operation, combining the five row houses to serve as their headquarters until 1929, when the entire block was devastated by fire. Later that year company managers began putting together plans for a new $45,000 facility that would fill the entire space and a truck entrance on 11th Street.

The factory’s colonial revival design was bold compared to most of the city’s industrial buildings of the era. The façade, with interesting brick patterns, is nicely decorated and the fenestration displays a subtle beauty through simple symmetry. 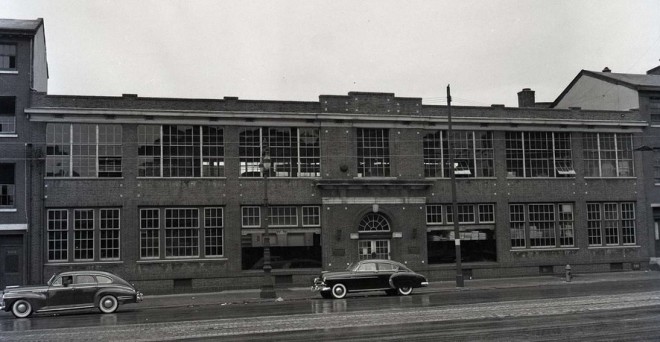 The new facility was completed less than a year later and was built to support the storage and distribution of Woodward-Wanger’s well-known toilet and pipe plumbing supplies. The company expanded rapidly, delivering supplies and tools to plumbers from their sales locations in almost every major city. They patented their own plumbing supplies, including several plumber’s service kits and their own version of virtually every kind of commode fitting. Woodward-Wanger would even invent non-plumbing products. One of the later patents was for a poker chip storage rack.

Over the next few decades, Woodward-Wanger kept adding on to the building. In 1949, the company had reached beyond capacity at the Spring Garden facility and moved its operation to the lost intersection of Ridge Avenue and Crawford Street in East Falls that was erased to make way for Roosevelt Boulevard. Woodward-Wanger closed shop for good in 1997. The final location was on West Indiana Avenue in Strawberry Mansion.

Fine Furnishings and a Promising Future

The Lawsonia Manufacturing Company, makers of high end upholstered furniture, quickly took possession of the building in late 1949 and operated at 1106-14 Spring Garden Street for over 50 years. Woodward-Wanger’s presence soon faded into memory and the facility became known as the Lawsonia Building. 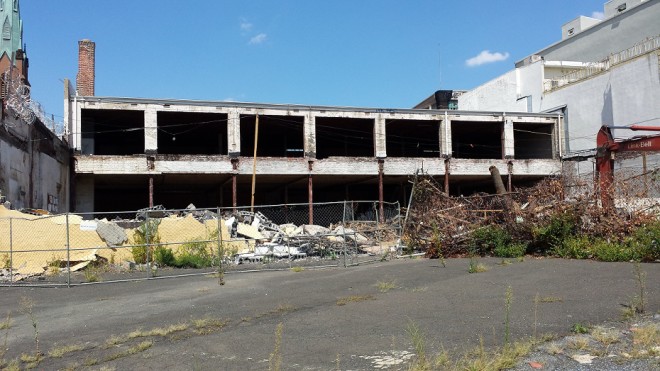 The demolished one-story section in the rear of the factory | Photo: GroJLart

Lawsonia manufactured furniture predominately by hand. The company employed only 20 workers; each piece usually took over a month from start to finish. The pieces–now highly sought-after collectibles–were sold at both the factory’s on-site showroom and at local department stores such as Wanamaker’s. Lawsonia was among the last factories still in operation in the neighborhood well after realtors rebranded the post-industrial area and began marketing it as the “Loft District.”

Lawsonia vacated the building at the end of 2002. It almost immediately became the subject of redevelopment interest and was purchased by a partnership of two obscure development companies for $1 million. It was then sold to current owners Greenway Plaza LLC, which partnered with Treyball Development Inc., the real estate company owned by Will Smith and his brother Harry, and set out to convert the old factory into six large condominium units under the designs of the Mount Airy-based firm Cicada Architecture with a completion date at the end of 2004. These plans never transpired and the building sat vacant for years. 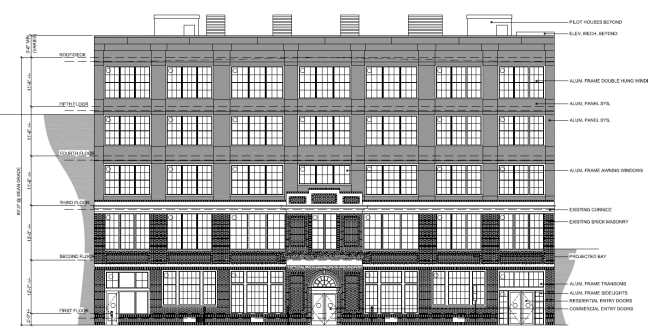 In 2013, Silver City LLC, which shares the same Los Angeles address with Treyball Development and is named after Treyball’s ill-fated studio complex that was planned for Broad Street and Washington Avenue, proposed a new, much larger plan–40 apartments with ground floor retail and a three-story addition that will raise the building up to five stories with the original brick facade restored and preserved. After persistent zoning issues stalled the project for several years, the City Department of Licenses and Inspections granted approval at last. Demolition of the one story rear section of the structure began earlier this summer.

A few weeks ago a candy striped Stop Work Order from L&I was posted on the building. Jeremy LeCompte, architect at Harman Deutsch Architecture, says the project has been temporarily placed on hold due to more zoning complications.