The House That Whist Built 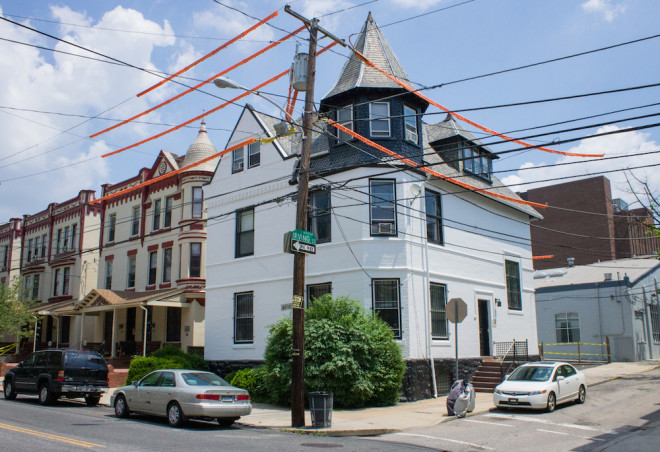 The apartment building at 247 South 41st Street in West Philadelphia is quite the card: it began life as a whist clubhouse in the late 1880s. The predecessor of bridge, whist is an English trick-taking game of chance. Teams of two compete to win the most individual rounds (The game can be explained best by playing it. Find it online HERE.)

In 1887, Philadelphia’s small whist clubs merged to form the Hamilton Whist Club, named after C.D.P. Hamilton, the man who literally wrote the book on whist. 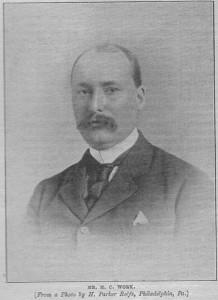 He got game. Milton C. Work wrote a book on Whist and invented duplicate whist, a spin on the original game | Source: Cricket: A Weekly Record of the Game, 1897

Whist was an elite game and the Hamilton Whist Club of Philadelphia was no exception. Soon after the club’s incorporation, members assembled the funds to buy a plot of land at the northeast corner of 41st and Irving Streets with the intention of building a clubhouse. They commissioned architects Hazlehurst and Huckel for the design. By the end of 1893, the new clubhouse was built and less than a year later hosted the Fourth American Whist Congress, where over 100 clubs gathered and adopted the organization’s constitution, while also partying, discussing rules and strategies, and of course, playing some whist.

The Hamilton Whist Club also hosted nationwide tournaments and had their own Hamilton Whist Trophy for winners from any city, though the Philadelphia club almost always won. One of the ringers on the club’s team was Milton C. Work, who went on to write a book on the game and develop a variation, duplicate whist. Over the next few decades the clubhouse became very popular, especially among businessmen, lawyers, and politicians. The clubhouse was often a stop on the business trips of out-of-town tycoons.

A Whistful Goodbye and New Beginnings

In the late 1910s, Russian whist, which we now know today as bridge, began to supplant whist. Milton C. Work gave up his 30 year law career to tour the country in 1917 organizing bridge tournaments to help sell Liberty Bonds to support the allied cause during World War I. The Hamilton Whist Club eventually became the Hamilton Whist and Bridge Club, then the Hamilton Bridge Club, and finally the Hamilton Club, which had always been the club’s nickname. Members used the 41st and Irving clubhouse until 1956 then moved to Bala Cynwyd until the building was sold to a neighboring day school. They then relocated to The Rabbit Club on the edge of West Fairmount Park where the Hamilton Club still convenes to this day.

The clubhouse was then sold to Patrick McGinnis, who had just purchased his father’s food brokerage firm, H.A. McGinnis. Patrick converted the clubhouse into offices and demolished several row houses on the 4000 block of Irving Street for parking. The decorative façade embellishments were covered in stucco, leaving only Hazlehurst & Huckel’s Late Victorian roofline. McGinnis grew to over 100 employees by the late 1970s on the back of its 3 Diamonds Tuna brand, becoming the largest food brokerage firm in Southeastern Pennsylvania. McGinnis’ wrapped 3 Diamonds Tuna in a black label so that it would stand out on the grocer’s shelf.

McGinnis outgrew the old Whist clubhouse and put the property up for sale in 1977. The School of Dental Medicine at the University of Pennsylvania publicly considered buying it, however they did not follow through with the purchase. The building was eventually leased to the Philadelphia branch of London-based publishing company Heyden & Son, who published and distributed technical and scientific journals. The publisher shared the space with religious video producers Quantum Productions until the early 1980s. The building was purchased by its current owner, CLS Venture Group, investors based in Connecticut, in 1985 for $140,000. 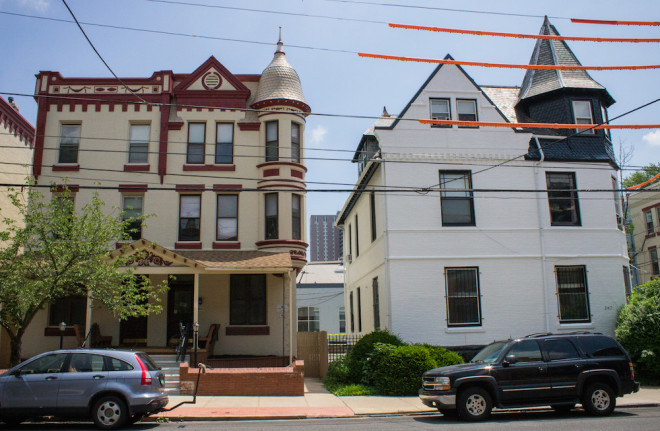 In 1995, permits were submitted to convert the old Hamilton Whist clubhouse into a 15-unit rooming house, but the plan was rejected by the Spruce Hill Community Association Zoning Committee. The property was eventually converted into two apartments and five rooming units under the designs of former University of Pennsylvania campus architect Charles Carter Newman.