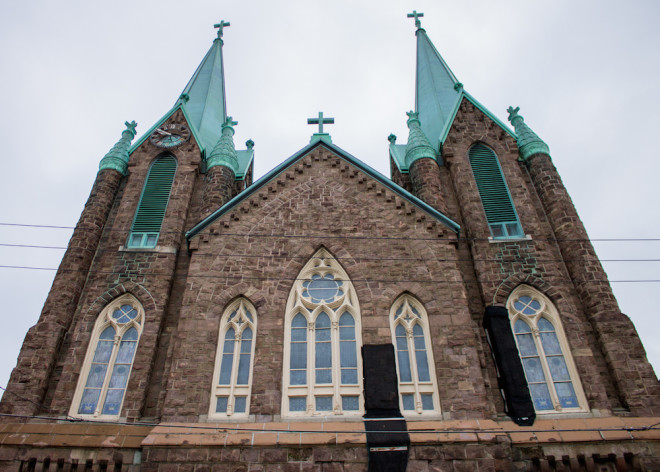 Prayers were answered today for supporters trying to save the soaring spires of St. Laurentius Roman Catholic Church in Fishtown. The Philadelphia Historical Commission voted to approve the neighborhood landmark for placement on the Philadelphia Register of Historic Places, which will legally protect the Edwin Forrest Durang-designed Gothic sanctuary from demolition. Opened in 1882, St. Laurentius was the first Polish Catholic church in Philadelphia. The preeminent ecclesiastical architect Durang considered the sanctuary to be one of his masterworks.

Speaking on behalf of supporters of the nomination, architecture and landscape historian Emily Cooperman said, “its street presence is important to the architectural fabric of the city and it stands as a monument of the neighborhood’s spirituality.”

Michael Blichasz, president of the Polish American Congress, maintained that the loss of the church would erase one of Philadelphia’s defining neighborhood landmarks. “You do not pass over on I-95 and not know you are in Fishtown because of St. Laurentius,” he said. 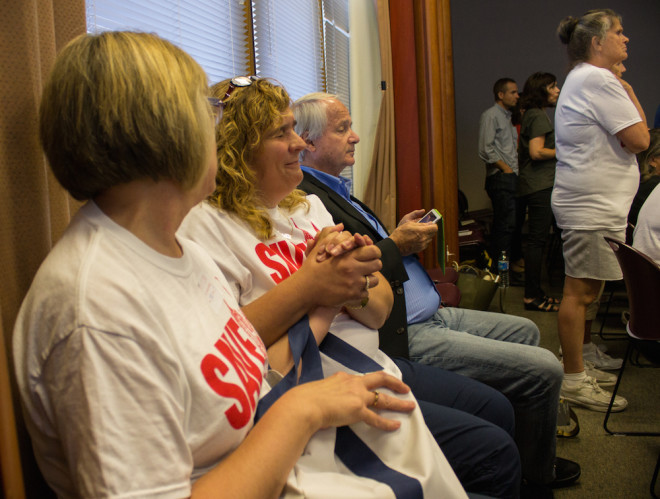 Supporters of Save St. Laurentius clasp hands as the Historical Commission votes in favor of adding the church to the Philadelphia Register of Historic Places | Photo: Michael Bixler

Contesting the nomination, Holy Name’s legal representative Michael Phillips argued the financial constraints put on the parish by the aging building, citing an engineering report by firm O’Donnell & Naccarato that estimates $4.75 million worth of repairs to keep the building from becoming a threat to public safety, a point supporters of saving the church deeply contest and an argument Commission chair Sam Sherman and Commission executive director Jon Farnham reiterated was moot and only appropriate if the church had already been designated and a financial hardship recommendation is being pursued. Nomination decisions are at the discretion of the Commission and explicitly based on a list of criteria that weighs the architectural, cultural, and historic value of the structure being considered. “The building’s condition and public safety is an L&I issue,” said Sherman.

Conversion of the PSFS sign on the Loews Philadelphia Hotel from neon to LED lighting was also approved.

A financial hardship was granted to demolish most of the Royal Theater on South Street, though. Per an easement held by the Preservation Alliance for Greater Philadelphia, the building’s façade will stay as redevelopment plans for the property by owner Universal Community Homes and partner Dranoff Properties move forward.