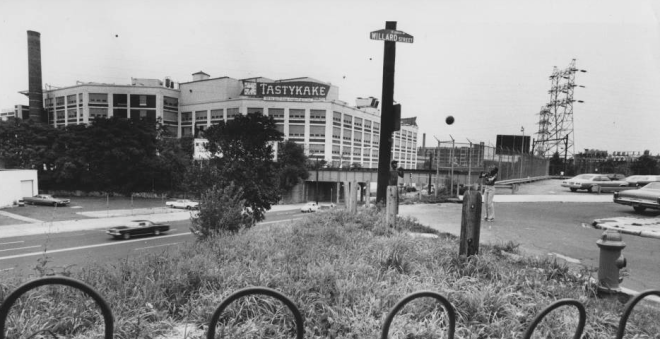 Editor’s Note: The last remaining building at Tasty Baking Company’s former baking complex on West Hunting Park Avenue will soon join the ranks of the city’s growing handful of uniquely historic industrial sites reused as self storage facilities. U-Haul International purchased the building back in April for $3,600,000. The conversion of the snack food factory into public storage is currently underway. Tastykake’s fading, landmark sign on the roof of the five-story plant was covered with the storage company’s orange and black logo in May. 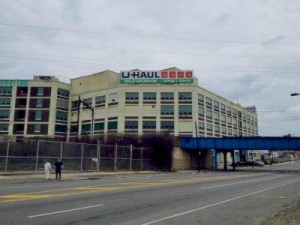 Built in 1922, the building vastly increased baking output for the growing company, leading to Tastykake’s expansion, notoriety, and distribution reach outside of the city and, eventually, across the country. Inside the facility, the company began to experiment with new products like the Junior and the Butterscotch Krimpet.

Most of Tastykake’s campus was leveled in 2011 to make way for the sprawling 220,000 square-foot shopping complex, Bakers Centre. The cornerstone building at 2801 W. Hunting Park Avenue was left to sit abandoned and derelict since 2010 after the 101 year old company moved into its current, 345,000 square foot headquarters and baking facility at the Navy Yard. The old plant was gutted for scrap in 2011, and the interior has been deteriorating ever since.

U-Haul has a pretty impressive track record of reusing Philadelphia’s heritage industrial buildings. The company’s two storage facilities in South Philadelphia–at 11th and 12th Streets and Washington Avenue–were the former factories of the American Cigar Company and J. Wyeth Bros, a pharmaceutical company. The Brockway Motor Company sales center at 747 West Allegheny, a historic commercial building that we featured in January, now wears the U-Haul logo as well. While not quite preservation, U-Haul’s conversions do aid in retaining visible stitches of the city’s historic, built fabric that would otherwise be lost to irreversible decay or new development. The company’s reuse of old industrial structures could additionally be seen as a form of incidental place holding should the buildings ever find a third life as apartments, offices, artist studios, or retail space. 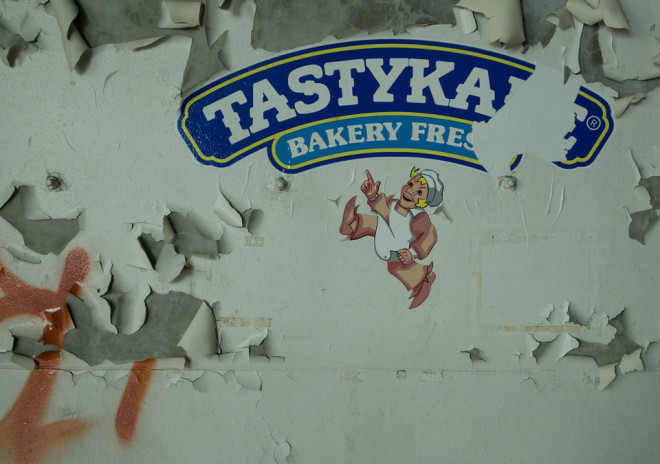 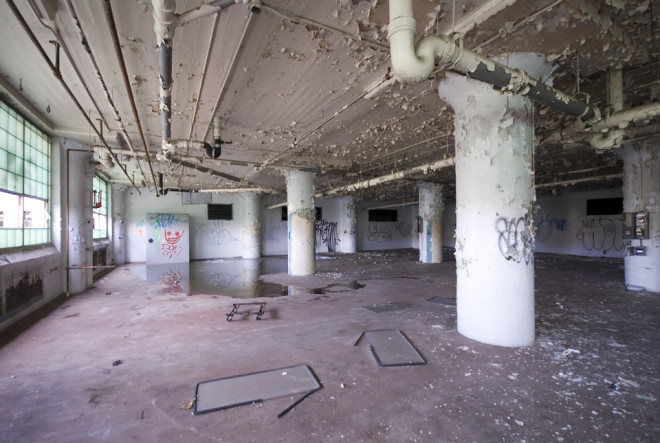 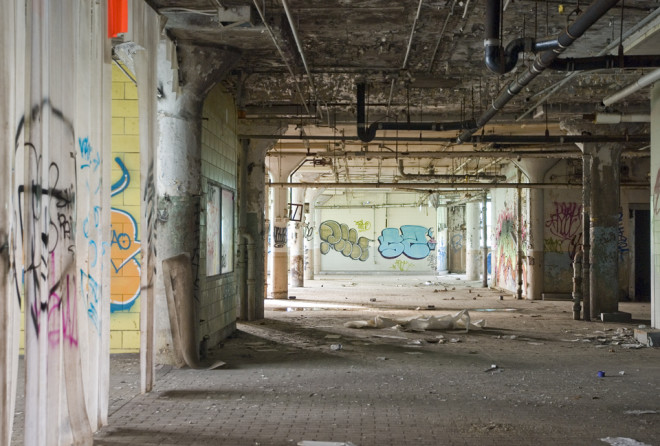 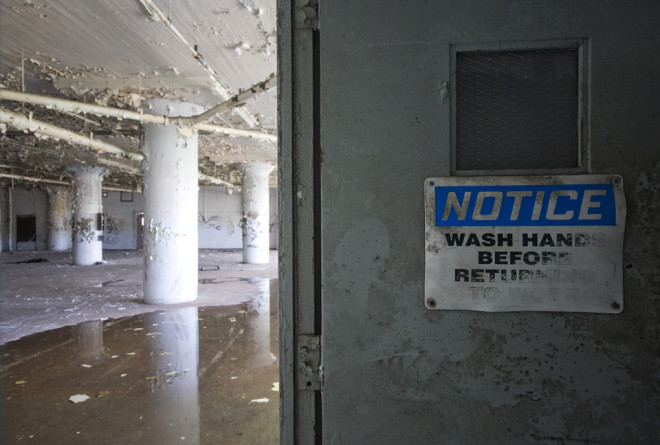 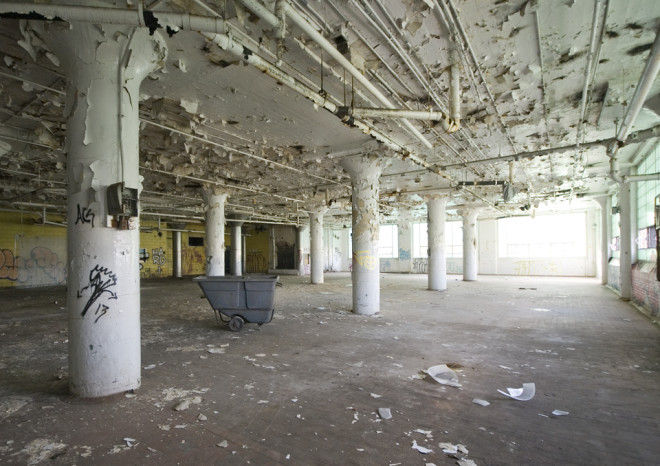 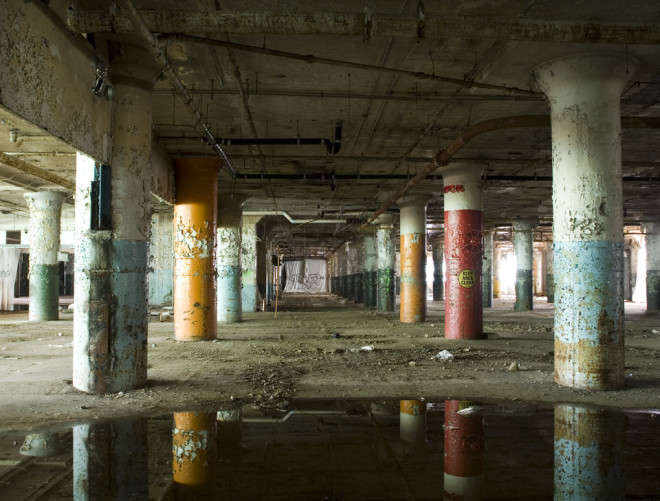 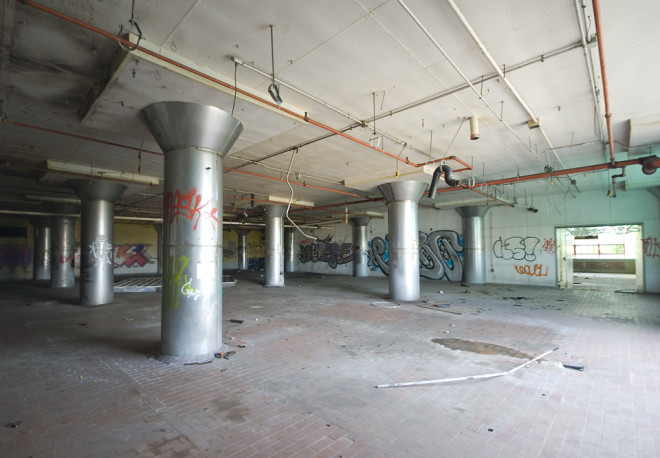 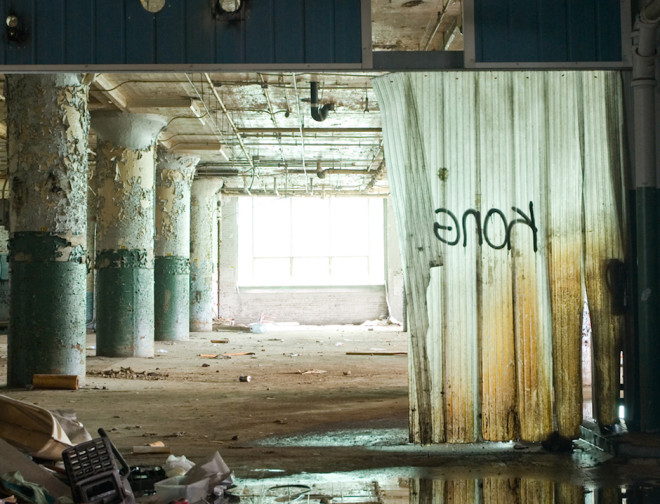 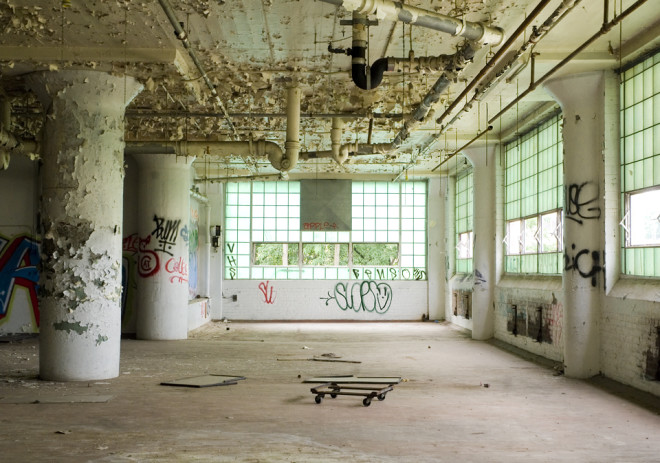