Wagner Celebrates 150 Years With “Philadelphia 1865: A City On The Edge” Lecture And Cake Competition 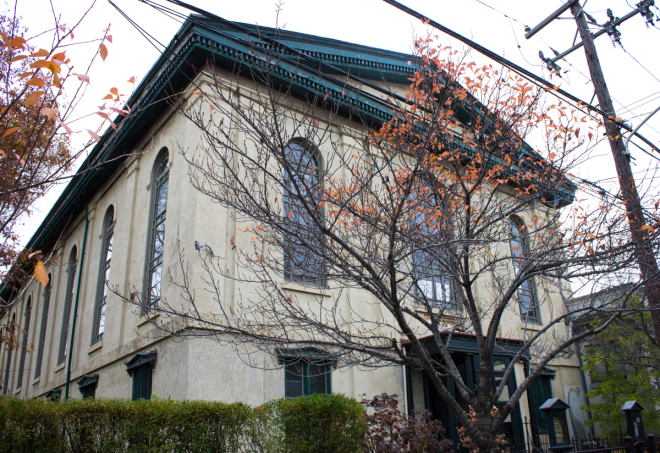 As beautiful as the day it was built. The Wagner turns 150 years old this month | Photo: Michael Bixler

The Wagner Free Institute of Science will host a lecture and birthday cake competition on Wednesday, May 20th in celebration of the building’s 150th anniversary. Bruce Laverty, curator of architecture at the Athenaeum of Philadelphia, will examine late-18th century events that helped shape the direction of the city in the years after the historic institute opened. Hidden City editorial director Nathaniel Popkin will be on hand to co-judge the building’s birthday cake competition.

Laverty’s illustrated lecture, “Philadelphia 1865: A City on the Edge,” will explore the social impact Lincoln’s death had on Philadelphia, the geographic and population growth of the city during the period—a staggering 30 percent between 1865 and 1890—and the modern, industrial development of the Quaker City, which was spurred on by a host of ambitious educators, scientists, entrepreneurs, and doctors.

“We engaged Bruce Laverty, who we know is wildly intelligent and engaging as a speaker, to craft a talk that would explore the local impact of the events of 1865 and paint a picture of what the city would have been like in the inaugural year of the Wagner,” said Cara Scharf, the Wagner’s programs and communications manager. “1865 happened to be a really busy year for the nation–seeing the assassination of Lincoln and the end of the Civil War. Many people talk about Philly’s history in regard to the Revolutionary War and the late 18th century, but later history isn’t always at the forefront.”

Laverty will also touch on buildings that opened around the same time as the Wagner, including the Cathedral Basilica of Saints Peter and Paul, the Union League, and the National Historic Landmark itself, which was designed by architect John MacArthur who would later develop the blueprint for City Hall.

The evening’s birthday celebration will begin at 5:30PM when the lecture hall opens. The cakes will be on display before and after the lecture. Submissions for the contest were open to the general public and prizes will be given in two categories: overall design and quality of flavor. Judges include Marie Stecher, chef instructor at the Restaurant School at Walnut Hill College, David Brownlee, architectural historian and Frances Shapiro-Weitzenhoffer Professor of 19th Century European Art at the University of Pennsylvania, and Hidden City Daily co-founder and author Nathaniel Popkin.

“Many consider us a ‘hidden gem’ in the city, and who better to represent the interests of a hidden gem than one of the founders of Hidden City?,” said Scharf. “We felt that the mission of Hidden City aligned with our goal of highlighting important, yet overlooked places in the city.”

While the judges will award winners of the cake competition, the audience will also vote on its favorite. The winner will be announced after the event through the Wagner’s social media channels.

The Wagner Free Institute of Science’s 150th birthday anniversary will take place on Wednesday, May 20th at 5:30PM. Bruce Laverty’s illustrated presentation, “Philadelphia 1865: A City on the Edge,” will begin at 6PM. An awards ceremony and audience cake tasting reception will follow after the lecture at 7:15PM. The lecture is free to the public. The cake-tasting reception is $10 for non members. Register for the event HERE.