Oasis Of The Obscure On Bainbridge Street Celebrates 30 Years 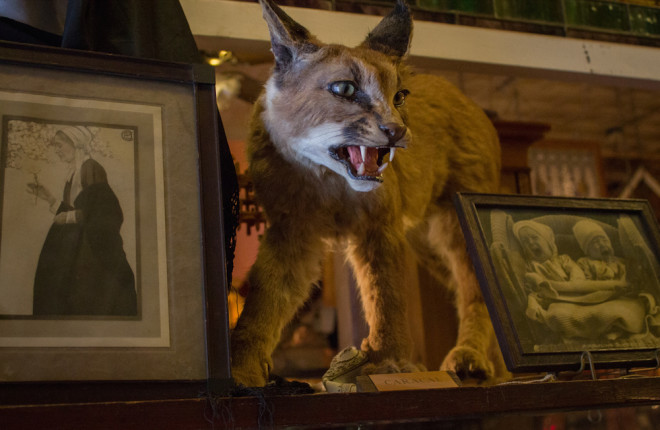 Since 1985, Anastacia Fahnestock and Scott Evans have devoted themselves to collecting obscure Philadelphia artifacts and a wide range of colorful curiosities for their shop, Anastacia’s Antiques at 617 Bainbridge Street. Tucked away into the middle of the block, this year will mark the brilliantly eclectic Bella Vista store’s 30th anniversary.

The couple met in art school and started collecting by rummaging through the trash for discarded treasures. They began to hold sidewalk sales with their findings on Spruce Street, eventually moving into Antiquarian’s Delight–the antique market that was housed inside the former Chevra B’nai Reuben synagogue recently converted into apartments–where they stayed for 10 years. Fahnestock and Evans grew out of their space and launched Anastascia’s Antiques at their current location. The 2,400-square-foot shop is one of the largest antique stores in the city. 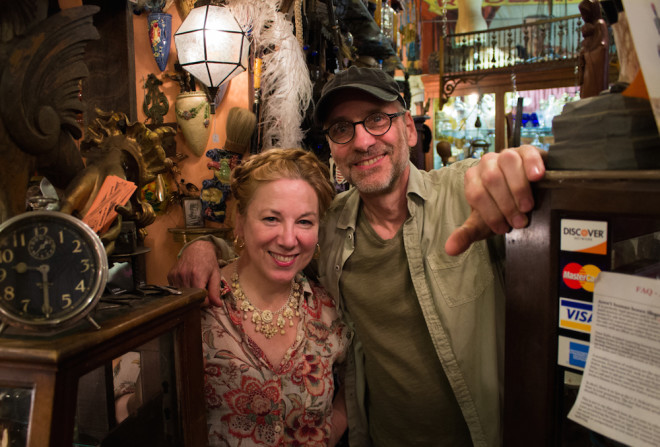 At the entrance, the patron is greeted by art deco chandeliers, a stuffed lynx, and large display cabinets filled with everything from masquerade masks to antiquated surgical tools, overwhelming the visual senses like a vivid kaleidoscope upon first glance. Every square inch of the store is covered in items vying for attention and waiting to be discovered. “It’s like an Easter egg hunt,” says co-owner Fahnestock.

Along with three decades of diverse antique curation, Anastacia’s Antiques is also repository of artifacts from Philadelphia’s past.

In one of the back rooms of the store sits Oscar, a carved wooden snake that was sculpted by Boris Blai, founder of Temple’s Tyler School of Art. Blai studied under Auguste Rodin. 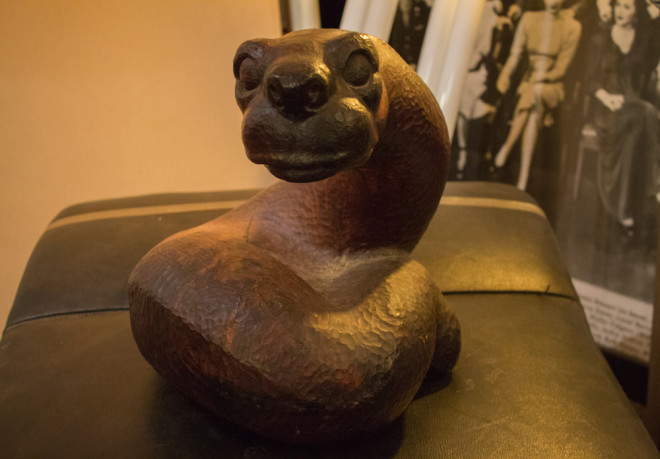 Oscar the snake, carved by Boris Blai, founder of Tyler School Of Art, has taken up residency on a medical examination table in the back of the store | Photo: Michael Bixler

There is also a beautifully restored combination pump organ and clock made by one of the leading Philadelphia Empire furniture makers, Anthony G. Quervelle, who settled in Philadelphia at the turn of the 19th century and opened up a shop on 126 S. Second Street, just after the fall of Napoleon. It wasn’t until much later that his furniture pieces were rediscovered in the 1960s by antique dealers and are now in demand at Christie’s auctions.

Anastacia’s is the current keeper of surgery books owned by the city’s leading early surgeon, Dr. Samuel D. Gross, immortalized in the famous Thomas Eakins painting, The Gross Clinic, that is jointly owned by the Philadelphia Museum of Art and the Pennsylvania Academy of the Fine Arts. 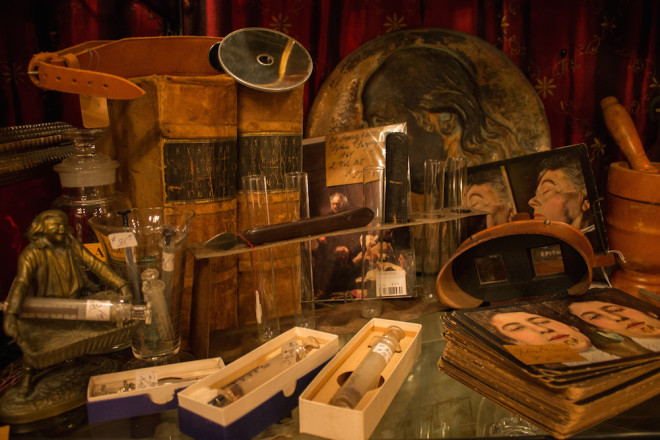 But inside Anastacia’s Antiques, the most charming items can be the least expected. “The heart of the store is a family of seven ventriloquist dummies,” says Fahnestock. The American-made dummies came from New York and were acquired from a dealer in the 1970s. Not much is known about them other than that they were made at the end of the 19th century. “That’s part of the reason why we like them so much because all that information is staring at you, but they can’t talk,” says Evans about the mysterious past of the dummies.

There are also carnival posters of an alligator woman and a rubber man drawn by Fred Johnson, the “Picasso” of circus art and buckets filled with 1920s dental veneers acquired at a flea market that are the store’s top selling item. Elegant chairs invite visitors to sit, while preserved moose and bear heads stare back at them, making one ponder the possibility of becoming a future artifact.

“We live among old things all the time. The store forces you to slow down and remember your past,” says Fahnestock. And it’s true. With so much history peeking out of every corner of the store, one can’t help but take a moment to absorb time gone by. 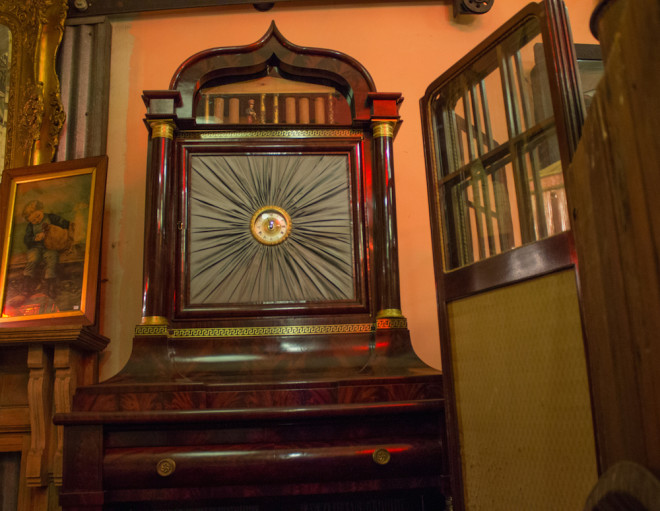 Anthony G. Quervelle’s organ and clock combination was battered and worse for wear when it was delivered to the shop in the back of a truck bed. Fahnestock and Evans has spent years having it faithfully restored | Photo: Michael Bixler

The love affair that both Fahnestock and Evans have for Philadelphia’s past does not just end with their store. Their current home was once owned by the famous opera impresario Rodolfo Pili who gave singing lessons to Mario Lanza, the beloved Philadelphia singer who starred in the 1951 film “The Great Caruso,” the top grossing film in the world at the time. “Pili gave singing lessons in our living room!” says Evans about his pride in owning the Pili home.

Visitors of Anastascia’s Antiques often wander around for hours, many becoming lifelong devotees of this enduring labyrinth of antique oddities and Philadelphia’s past. When you visit, be sure to bring some spare time to take it all in.

Take a walk on the wild side at Anastacia’s Antiques. Photographs by Michael Bixler. 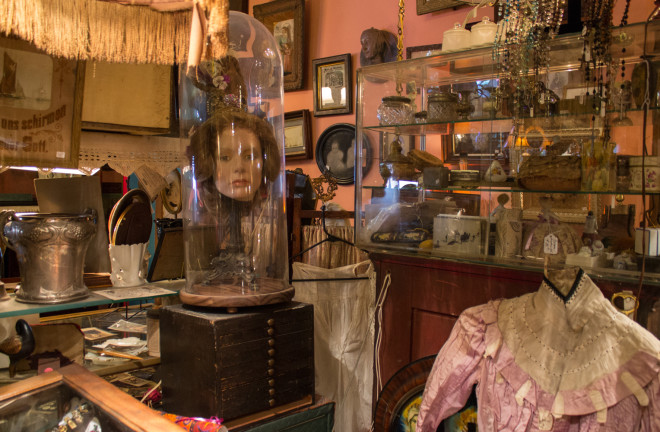 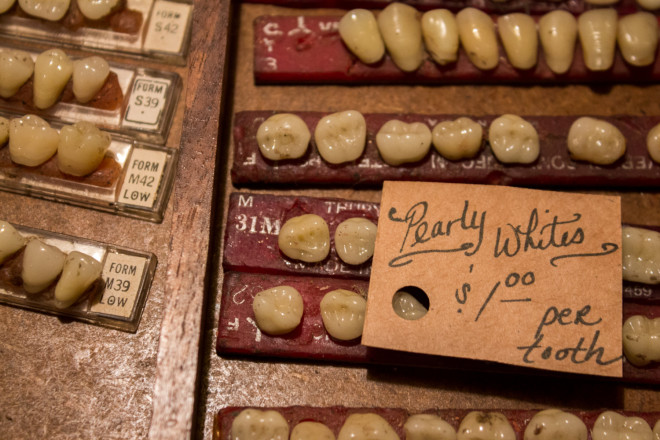 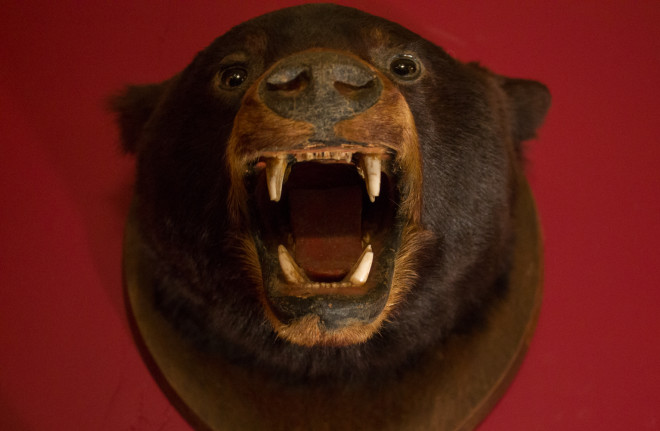 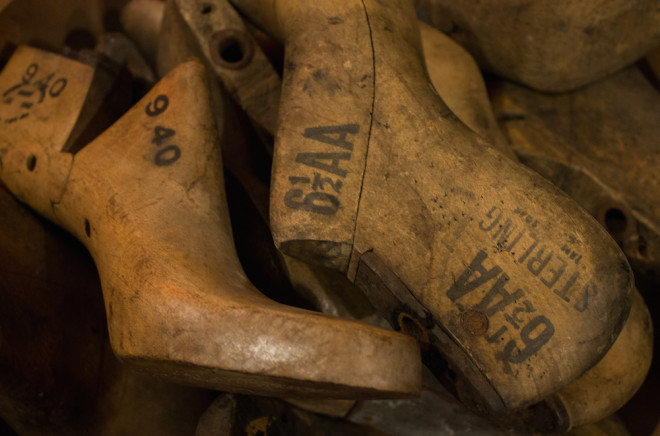 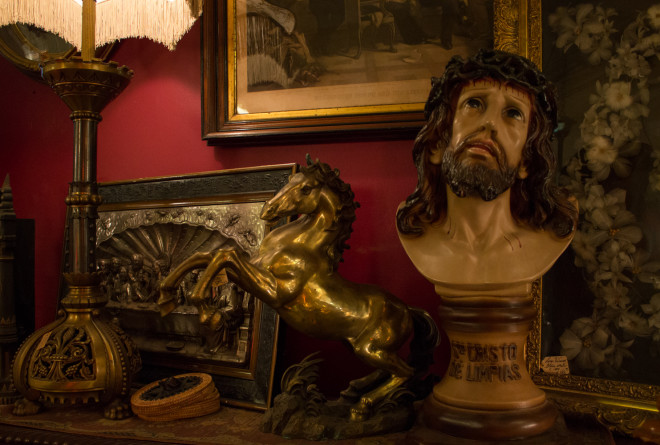 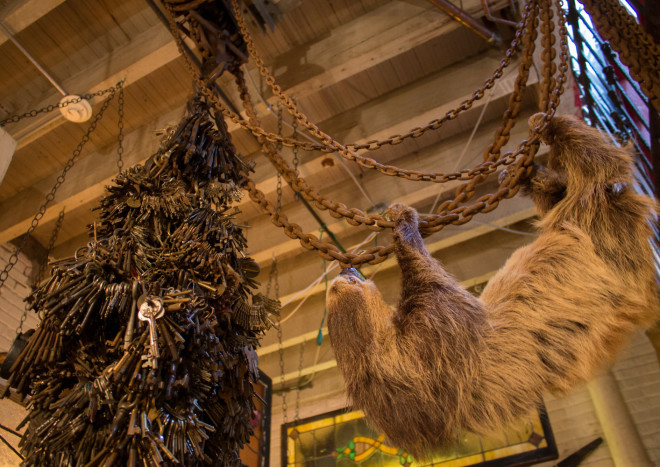 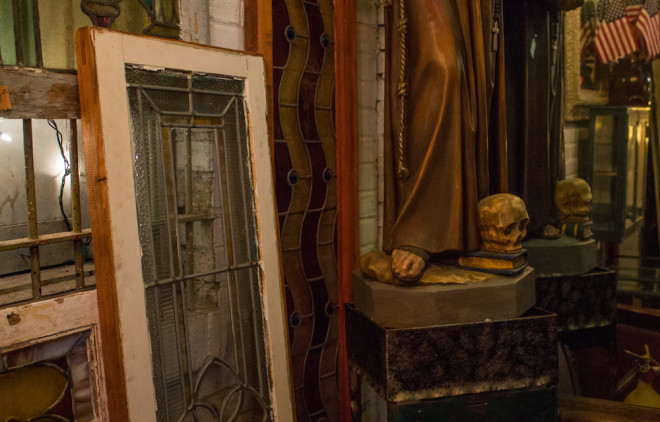 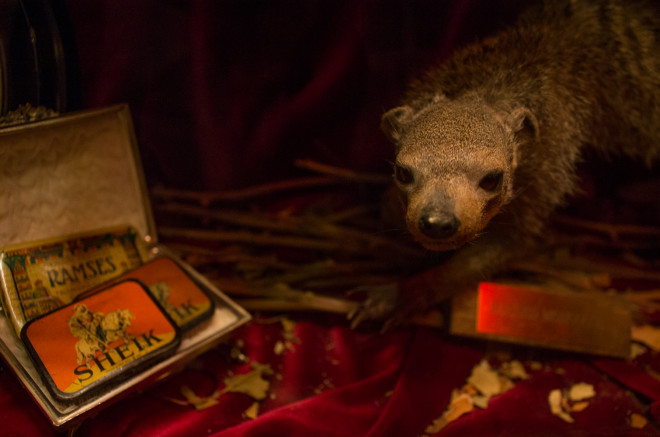 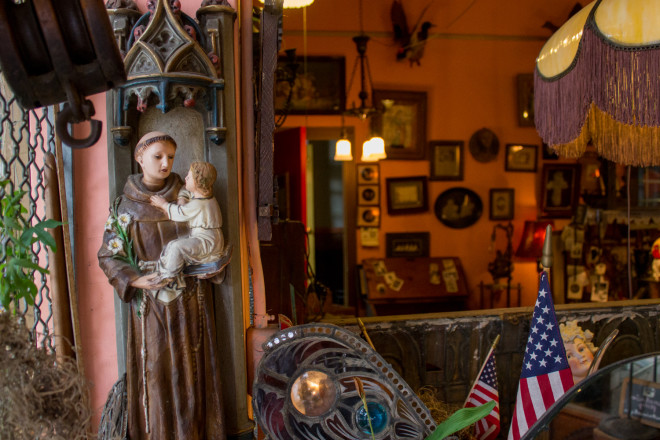 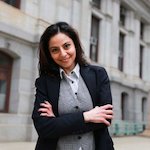 Milady Nazir Milady Nazir is a freelance journalist and contributor to Fox News Latino and Univision. She's originally from Texas, but is a longtime resident of Philadelphia. She holds degrees from the University of Pennsylvania and Temple University.