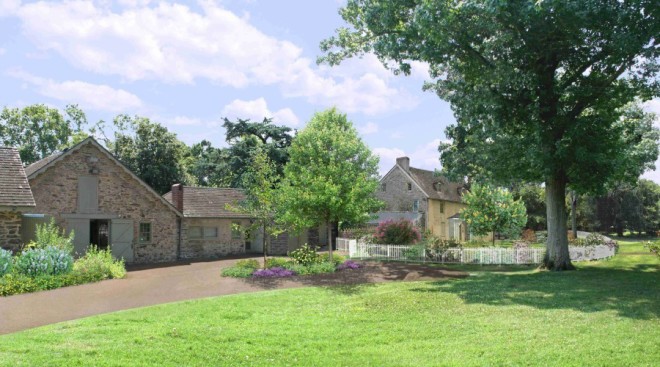 Landscape workers have begun the long awaited restoration of one of the Bartram Garden’s historic plots, Carr Garden.

“This is a project that we’ve been dreaming of for a long time,” said Maitreyi Roy, the John Bartram Association’s executive director. To make it happen, Roy has assembled a collaborative team that includes the Philadelphia Department of Parks and Recreation, the Schuylkill River Development Corporation (SRDC), landscape architects LRSLAstudio, and the restoration architecture firm Frens & Frens.

The garden was created in the early 1800s by Colonel Robert Carr, printer and husband of Bartram’s granddaughter Ann. His eponymous garden, the first public green space on the property, functioned as a formal entrance to the estate. Carr’s Garden fell into disrepair and was mostly lost by the time the City and the John Bartram Association gained control over the estate in 1893.

Julie Bush, principal at LRSLA, said that this will be “a very formal, true restoration,” using photos of the site that date back to the 1870s for direction. The garden will include samples from the extensive list of plant material that the Carr family recorded, including rare imported roses and flora from Indonesia. 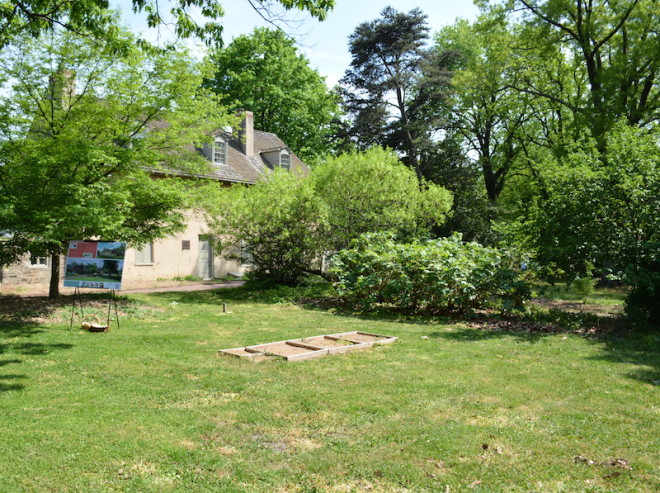 The restoration of Carr Garden is one of three projects at the National Historic Landmark. Workers will install an extensive geothermal climate control system, including a dozen wells, each three hundred feet deep, sunk underneath a new stable yard, to heat the 1728 house and ancillary facilities. A heat exchanger in the stable house will connect to a shared heating system linking the entire compound.

Parks & Recreation gave a briefing on the development of the trail project Bartram’s Mile at the Carr Garden groundbreaking last Friday. The Mile, a cooperative project of Parks & Rec, Bartram’s Garden, and the SRDC, will begin just past the fence line at Carr Garden and connect to the existing 109-year-old swing bridge up river and then cross the river to connect to the Grays Ferry Crescent and the Schuylkill Banks. Work on the bridge is slated to begin soon.

Both banks of the Schuylkill River will also see a new water taxi service this summer that travels between Bartram’s Garden’s new fully ADA accessible boat dock and the Walnut Street dock, making the estate significantly more reachable by foot and bicycle.

More than one million people use the Schuylkill Banks each year compared to 40,000 who visit Bartram’s Garden. Roy anticipates exponential growth in attendance for the garden and grounds once the Schuylkill River Trail connects both banks and expands downriver toward Fort Mifflin, carrying the East Coast Greenway along with it.