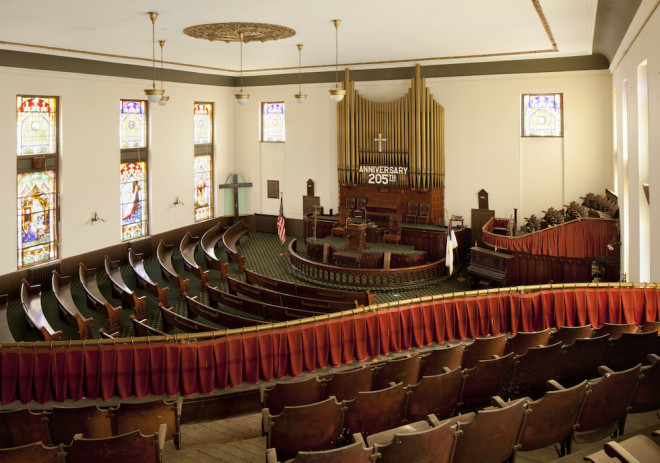 Acclaimed photographer of historic sites Joseph E. B. Elliott and Partners for Sacred Places will cast an intimate light on Fishtown and Kensington’s ever-shrinking stock of 19th century churches with Friday night’s opening exhibition of Preserving the Story: An Event to Celebrate Kensington’s Sacred Places at Circle of Hope Gallery on Frankford Avenue.

The project, a collaboration between Elliott and Partners, documents seven threatened churches to be included in the National Park Service’s Historic American Building Survey (HABS) program–the country’s largest photographic archive of historic architecture, landscaping and engineering. The project evolved from Partners’ Strategic Investment program, an advocacy partnership with the New Kensington Development Corporation who has worked with local congregations for the past two years providing sustainability guidance and assistance in the midst of both neighborhood’s booming commercial and residential redevelopment. Pilgrim Congregational United Church of Christ, razed last December to make way for five new townhouses, and Kensington Methodist Episcopal (“Old Brick”), the oldest church in Kensington and Fishtown, are both featured in the show. 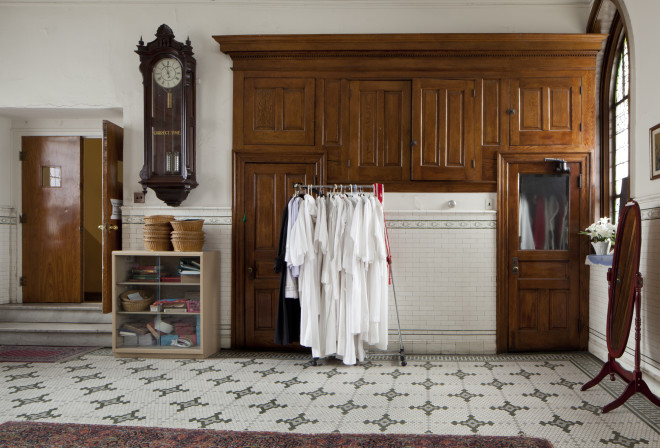 “At the time, we were working with a group of congregations in Fishtown and Kensington through the Strategic Investment in Sacred Places program, which is about empowering congregations to endure and evolve beyond this moment in which Mainline Protestant churches are experiencing decline,” says Rachel Hildebrandt, program manager of Partners for Sacred Places (and a Hidden City Daily contributor). “We hope that exhibiting the Joe’s photos will emphasize the importance of documenting historic sacred places, but more importantly we intend it as a celebration of these seven buildings and the congregations that occupy them.”

Photographer Elliott teaches at Muhlenberg College and the University of Pennsylvania’s Historic Preservation program and has worked on HABS projects for a number of years. He is currently documenting Ellis Island for the National Park Service and is at work on a photographic book of Philadelphia’s hidden places being produced by Temple University Press in conjunction with Hidden City. 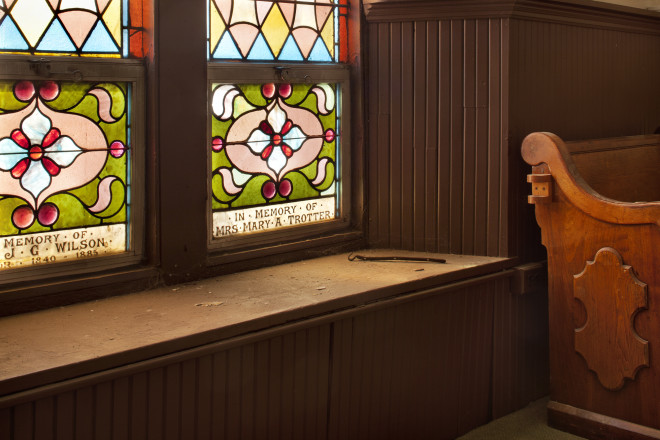 His photographs are architectural in theme, yet his interior shots are almost corporeal in nature, resembling a ghostly still life that echoes the living embodiment of the building’s current or former utility. “Photographs should be tactile and have a physicality—wood, fabric, stone. The difference is a picture becomes its own statement as opposed to just a snapshot,” says Elliott.

Elliott, who works with digital and 4×5 large format film cameras, says he takes a classical approach to photography. “Shooting interiors is like a logical puzzle. I like to absorb a place I’m working in while being enveloped by the site,” says Elliott. “It’s both an exploratory process of revealing what’s inside and a meditative one. I always work with a tripod because it’s a process that slows everything down.”

Friday night’s celebration will include a performance by Sister Cities Girl Choir, a citywide youth program that recently relocated to 1st Presbyterian Church of Kensington after their former charter school home abruptly closed. Partners’ program manager Joshua Castano says that he and Sister Cities’ artistic director Alysia Lee were in the beginning stages of relocating the choir to one of the city’s churches, but after the charter school closed their motivation was put into high gear. 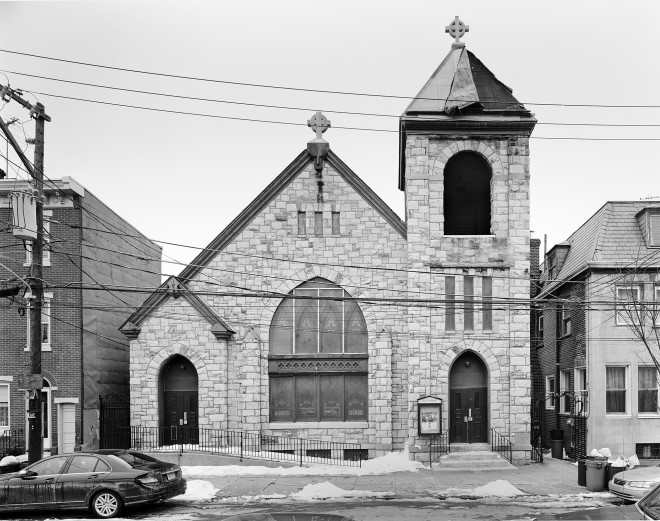 “On January 6th, we received an urgent email from Alysia Lee saying the lives of about 60 girls, ages 6-16, were going to be ill-affected by the sudden closure of the charter school. She only had until Saturday, February 7th before the girls were to be evicted from the school property as it was readied for sale. This gave us less than one month to find a new home for Sister Cities’ Saturday program of 60 girls from all over the city, says Castano. “We honed in on First Presbyterian Church of Kensington in the Fishtown neighborhood based on location, size, sound quality and availability. It turns out it was perfect in more than one way. The acoustics were lovely, the size of the spaces were just right, and, most important of all, the Pastor and Sister Cities’ artistic director got along famously.”

Preserving the Story: An Event to Celebrate Kensington’s Sacred Places opens Friday, April 24th in the Circle of Hope Gallery at 2009 Frankford Avenue with a reception and performance by Sister Cities Girls Choir. The event is from 5pm until 7pm.

Update: The Sister Cities Girl Choir performance during the opening reception has been canceled.