Fragments Of The Franco Belgium Society In Frankford 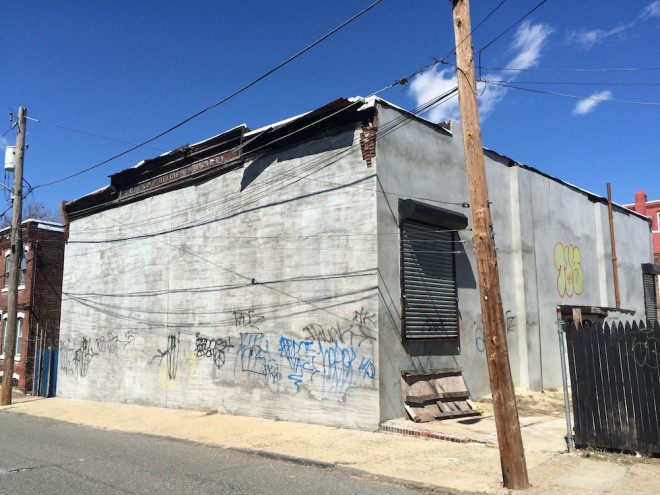 The building that once housed The Franco Belgium Society at 1537 Deal Street near Kensington Avenue in Frankford is a windowless square of concrete tagged with bad graffiti. There’s a storm door for an entrance, two shuttered loading docks, and unkempt lots on either side. It’s nothing you’d stop to look at while wandering down the mostly eviscerated block along the Frankford Creek. Though, traces of the old clubhouse endure. Stretching across the lip of the roof is an iron sign, heavily rusted and part of it loose enough to slap in the wind. Some of the letterwork is missing, but the impressions can still be made out.

Dating back to the 17th century, European immigrants–namely people from Ireland, Germany, Italy, Russia, and Poland–have settled in the River Wards. Today, their descendants and more recent immigrants sustain a handful of cultural clubs with active communities along the Delaware River. The Polish American Citizens Club (known locally as the “PA Club”) has been a private gathering space in Port Richmond since 1902. The German Club of Philadelphia, at Sixth and Spring Garden Streets has been going strong since 1764, with a monthly array of veranstaltungen (events) from film and lectures to baroque bands and women’s coalitions. 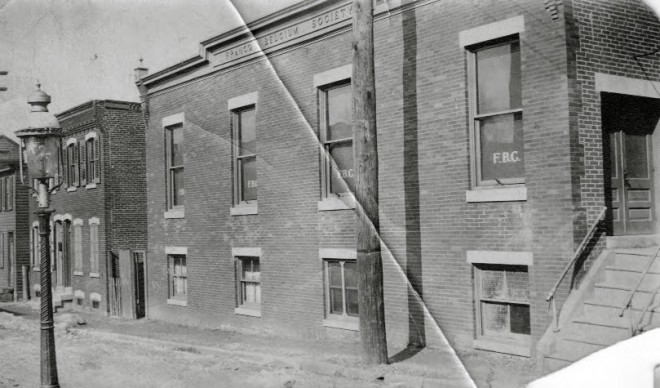 The Franco-Belgian Society was likely the last concentrated center of Francophone tradition in the city. Dottie Arabia, 71, grew up in the Frankford section of the city, and remembers going to the club as a child in the 1940s. “I remember a lot of people being there all the time,” she said. “It always felt so full.”

Arabia’s grandparents were among a sizable enclave of French and Belgians who settled around Adams Avenue and Deal Street in the 1910s, likely in order to flee the conflicts of World War I. Her grandfather, Henri Janssens, ran his own grocery store in the neighborhood and he imported French coffee and honey cakes. 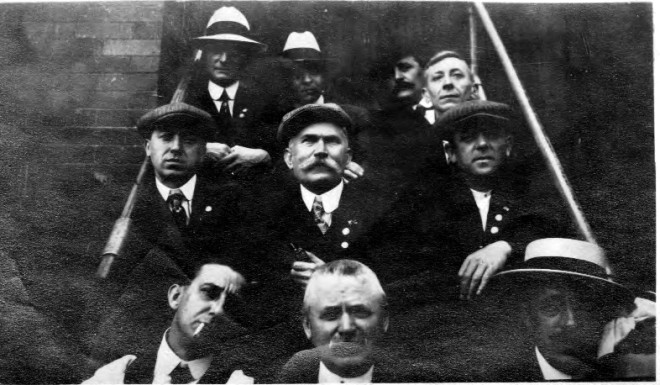 Many of the French immigrants at the time were weavers, and found employment in the River Ward’s many textile mills. A few blocks away, on Paul Street near Unity Street, La France Industries, makers of upholstery, opened an art school and museum, the La France Art Institute, in 1920. The Institute, which was influence by L’Ecole des Beaux Artes in Paris, exhibited contemporary art, sculpture, and prints.

“I guess it was natural that they wanted a place to meet and get together,” said Arabia of the Franco Belgian Society. “That place was the French club.”

Indeed, they called it “the French club” and it functioned like a typical clubhouse. The lower level consisted of a bar, tables for eating and drinking, pool tables, shuffleboard, and darts. The upper level was an open space where Arabia recalls her childhood exposure banquets, weddings, live music, dancing, and even theater. 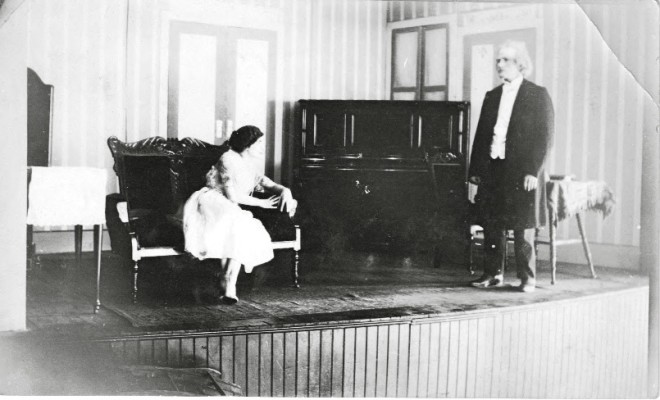 In the faded photographs, clubhouse members pose on stage in what looks like a mise en scene from a 19th century realist drama. There were grand south-facing windows, three feet wide by five feet tall, offering ample light. Her father’s generation spoke fluent Belgian and French, but by the time Arabia was growing up, the whole community at the clubhouse was speaking English.

Her childhood home on Adams Avenue bordered the back of the clubhouse. Sometime in the late 1950s, the clubhouse was sold. It was purchased by neighboring lumberyard, Rings, which used the former clubhouse for storage.

Arabia’s family moved out of Frankford in the late 1960s, as did many of the other French and Belgian immigrants. Roughly 40 years at the clubhouse were relegated to memory. The Franco-Belgian cultural pocket of Frankford has mostly faded from neighborhood memory. Arabia has no remaining relatives her age that could recall the time of the Franco-Belgian Society. Indeed, even her own memories are hard to recall some 60s years after the club’s end. 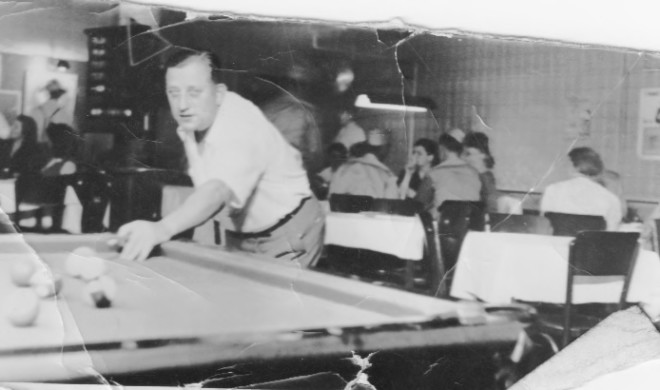 Residents on Deal Street today, in their early- to mid-50s, have only the faintest recollection of the French Club–or “Frenchy’s” as they knew it–through their parents. By the time they grew up, it was being used for lumber storage. According to city records, the club was acquired in 1981 by the Southwest Frankford Optimist Youth and Community Center through a liquidation sale. Neighbors said there were years of tentative plans to repurpose the building into a community center, but nothing came to fruition.

Meanwhile, neighborhood life worsened. A rough-edged bar on the corner of Kensington Avenue and Deal Streets attracted frequent street fights and shootings, and residents on the block remember having to call the police several times a week. The building fell into disrepair, its large windows broken, and the brick and limestone facade of the original building vandalized. 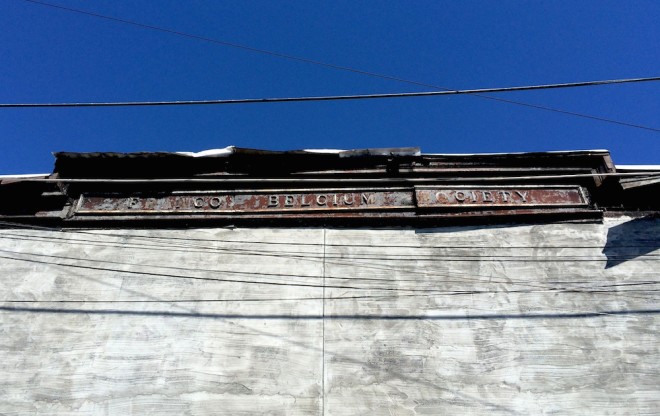 The weathered clubhouse sign is the last indicator of the club’s existence | Photo: Max Marin

In 2007, Southwest Frankford sold the property to Thomas Gitto. Shortly afterwards, there was a fire inside the building. It was sold again in 2012 to Humberto Ortiz, and another fire followed days after the deed transfer. Then, about a year ago, in order to prevent further vagrancy and fire hazards in the building, the Franco-Belgian Club building was sealed from street to cornice with concrete.

All that remains of the clubhouse is the rusted sign. Arabia and her family would like to see it preserved in some way, along with a few remaining photographs, before its memory is totally erased from Philadelphia’s history.