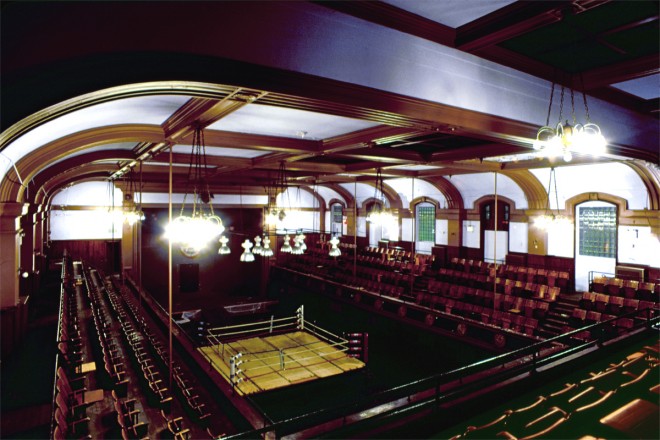 Grave news today for the interior of the Blue Horizon on North Broad Street. The Philadelphia Historical Commission voted in favor of designating the façade of the building, but denied protection of the historic, world-renowned boxing arena–a central feature of what some in attendance of the meeting believe to be the heart of the building’s historic value. The Preservation Alliance for Greater Philadelphia submitted the dual nomination to protect both the exterior and interior of the building. Mosaic Development Partners, Orens Brothers Real Estate, and investor Hotel Indigo already have a permit to demolish the building. Their current plan is to transition the legendary boxing venue and former Moose Lodge into a boutique hotel.

Speaking in favor of designating the arena, boxing matchmaker Zac Pomilio said that allowing demolition would be “like tearing down the inside of Fenway Park. I’ve organized fights from here to Russia. Everybody in the boxing community worldwide knows and loves that arena.”

John DiSanto, editor of Phillyboxinghistory.com, agreed. “What is the most significant and historic about the Blue Horizon is what’s inside. The thought of losing the auditorium is heartbreaking.” 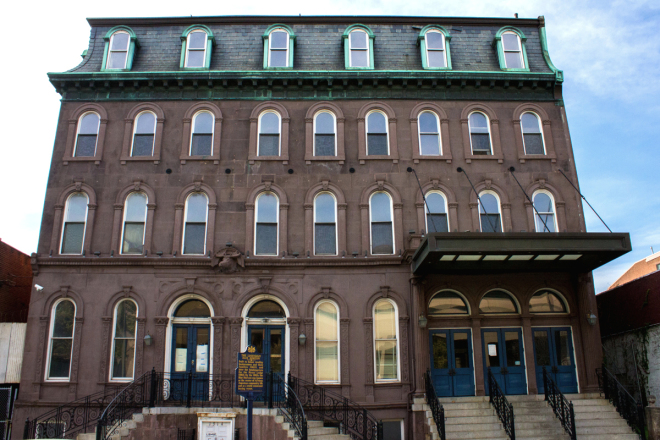 A terminal loss for Big Blue, but not for the former Moose Lodge that preceeded the venue. Designation of the façade was approved | Photo: Michael Bixler

Leslie Smallwood-Lewis, speaking on behalf of Mosaic Development Partners and the building’s owner, Vernoca L. Michael, said that preserving the interior would hogtie any future use of the building. “The arena is too much of a hinderance for reuse,” said Smallwood-Lewis, who had no objection to keeping the façade.

Others in the community spoke in support of Mosaic’s plans for a hotel, fearing that designation of the arena would thwart the potential for jobs that the hotel may bring.