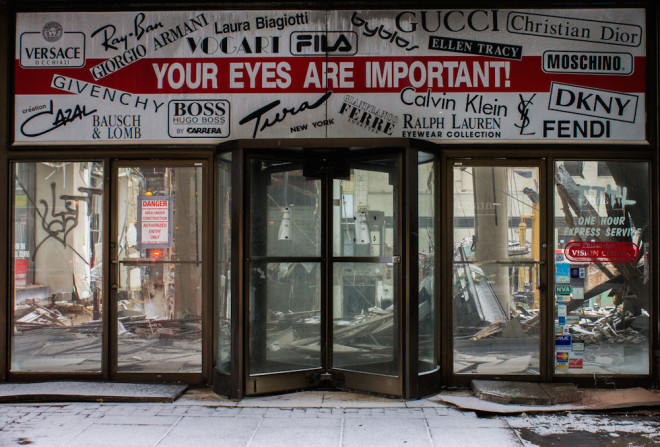 Now you see me, now you don’t | Photo: Michael Bixler

The city’s 135 square miles are shifting like tectonic plates as we rumble into an era of new growth and dynamic reinvestment. For decades, decidedly low end buildings like the repurposed stump of the once grand Snellenburg & Company department store on Girard Square at 1100 Market Street embodied the city’s receding expectations.

Demolition of the site began last December and will near completion in the next few months. National Real Estate Development’s East Market project will transform Market and Chestnut Street between 11th and 12th Streets into an urban playground. The $230 million first phase of Girard Square’s redevelopment includes a 17 story residential and retail tower that will be accompanied by a network of small pedestrian walkways and retail space designed to evoke a neighborhood shopping district–what Inga Saffron of the Inquirer has dubbed the “anti-Gallery.” 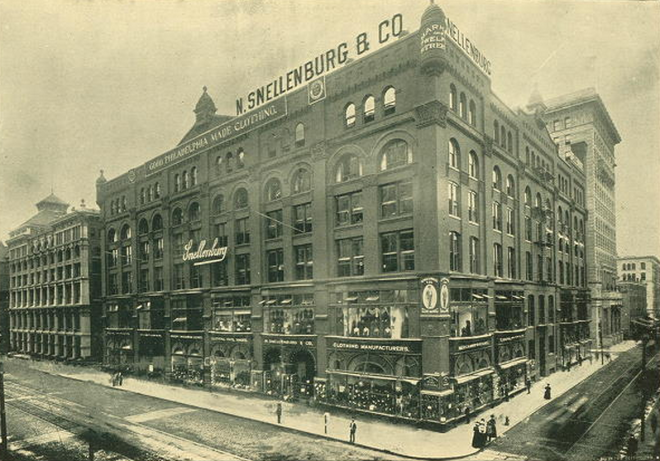 Along with the Gallery, about to reimagined by its owner PREIT, and the Lits Building, with its rather blazing digital display, East Market is a play to capture the street’s former Ragtime glory. Across the street, Francis Kimball’s brilliant Reading Terminal Headhouse is waiting.

In what is less of a tribute and more of a parting glance at the quickly disintegrating Snellenburg building in its final days, here is a snapshot of time passing away and a look into the kinetic energy of change.