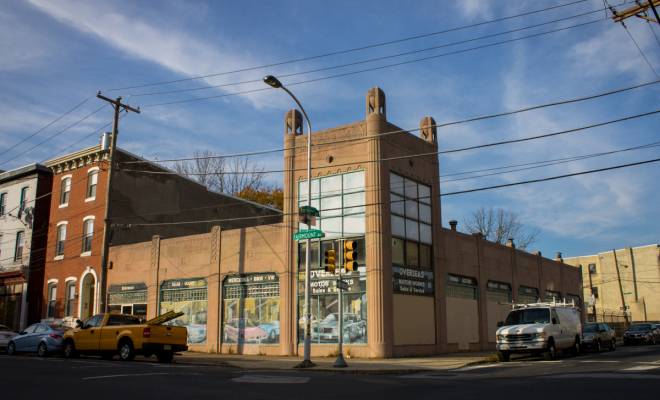 The 1930s-era Art Deco auto showroom at 1501-05 Fairmount Avenue was approved for historic designation by the Philadelphia Historical Commission this morning. The nomination, submitted by Preservation Alliance for Greater Philadelphia, was stalled in December when the building’s owner was granted a continuance. The Commission noted that, along with satisfying all designation requirements, the showroom’s distinctive Art Deco style contributed to the character of Fairmount Avenue and should be preserved. “This building is a neighborhood landmark,” said Ben Leech, advocacy director for the Preservation Alliance. It is a timely nomination, as the surge of redevelopment continues down the commercial corridor moving east toward Broad Street.

The building’s owner Mark Kreider–who acquired the Samuel Brian Baylinson-designed showroom from a sheriff’s sale 35 years ago–opposed the Preservation Alliance’s nomination and took considerable time during the meeting contesting the Designation Committee’s recommendation for approval. Accusing the nomination of being incomplete, misleading, and defective, counsel for the building’s owner maintained that the Preservation Alliance was wrong in submitting their nomination without prior notification to the owner of their intentions and insisted that there should have been an architect or engineer’s report on the condition of the property prior to submission. The owner’s counsel insisted that the nomination’s claim that the building is in good condition was incorrect, citing the natural erosion and the slowly shifting panels of cast stone façade, which, he alleged, points to the building being in considerable disrepair, all while the owner insisted that he has kept the property in good shape after saving it from dereliction. Expert witness for the owner, Fred Baumert, CCS PE, estimated the cost of reseting the façade and treating it to slow erosion would cost between $300,000 and $500,000. The owner insisted that his reason for contesting the nomination was not a financial one and had no present plans to sell the property for future redevelopment. 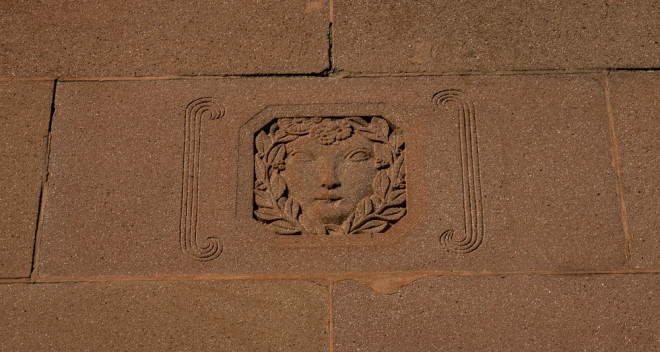 Sam Sherman, chair of the Commission, nullified the owner’s irrelevant claims by stating that “There are no requirements for a nomination to undergo a structural evaluation before being submitted,” citing Regulations A-J of the nomination process. Designation does not require preservation but, like any property, needs to be safely maintained by the property owner. Sherman went further to discount the owner’s other expert witness, cultural and architectural historian George Thomas, (who was not present at the meeting) in saying that Thomas “is neither an architect or engineer. There is a difference between opinion and fact and we need to differentiate between the two.”

On the subject of not notifying the owner before submitting a nomination, Ben Leech explained that very often “if you tell the owner that the building is up for nomination, that building is lost,” suggesting that demolition is sought for future development gain before the designation can ever be considered.

Committee member Robert Thomas was quick to point out that there is no requirement to notifying a property owner before submitting a designation nomination. “Anyone can nominate a building to the Philadelphia Register,” said Thomas.