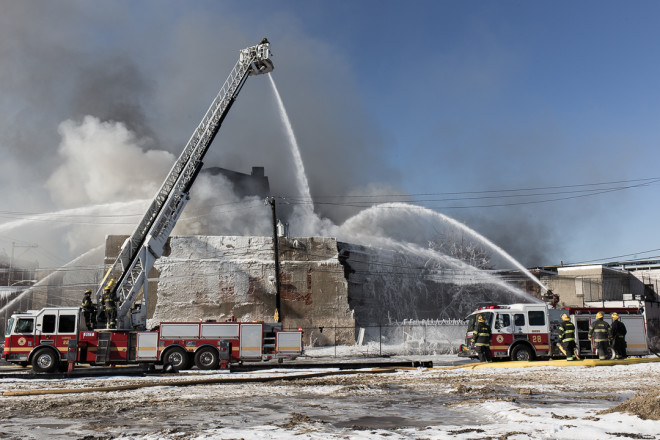 The rear and north-facing side of Bromely Carpet factory engulfed in smoke | Photo: Ed Newton

A 3-alarm blaze broke out along the 2300 block of Front Street in Kensington at 5:15AM this morning shutting down York-Dauphin Station. The center of the fire was at the rear of 2317-25 N. Front Street that adjoins John Bromley & Sons Ingrain Carpet Factory on York and Jasper Streets and directly across the street from the site of the former Buck Hosiery factory that burned to the ground on May 9th, 2012 killing Philadelphia Fire Department’s Lieutenant Neary and firefighter Daniel Sweeney of Ladder 10. In the last decade, this particular section of East Kensington has seen many of its storied mills destroyed by fire.

Bromley’s owner Jesse Muñoz, who we interviewed in August about his renovation project that is reviving the long vacant, 180 year old factory, said that while it was a very close call for the building so far it appears that it has only sustained minor smoke and water damage. Flames lapped at the open windows of the upper floors of the historic carpet factory for almost seven hours with catastrophe near at hand. Frozen fire plugs and icy conditions put a strain on extinguishing the blaze. The emergency was officially over at noon.

The fire, extensively reported by Philadelinquency, comes on the heels of three License and Inspection fire code violations at 2317-25 N Front Street in October, including an exposed electrical junction box on the exterior of the second floor. L&I deemed the property “non-hazardous” and closed the violation status just two weeks ago.

The commercial space in the burned building on Front Street is currently occupied by a Family Dollar and Payless ShoeSource. The owner is a Brooklyn investment group Maverick Management, who also owns 13 other commercial properties in Kensington, West Philadelphia, and Germantown, according to Philadelinquency. 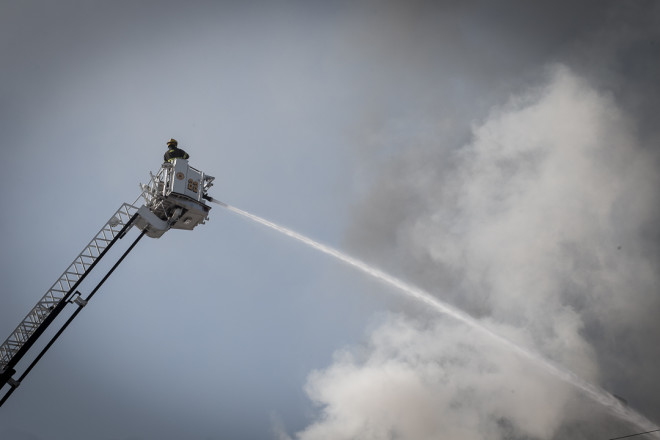 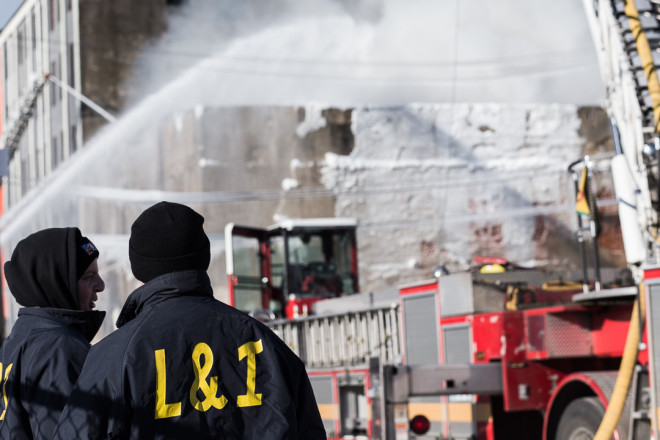 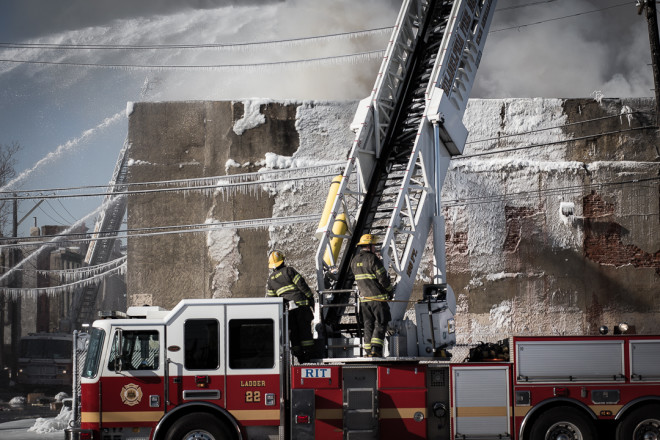 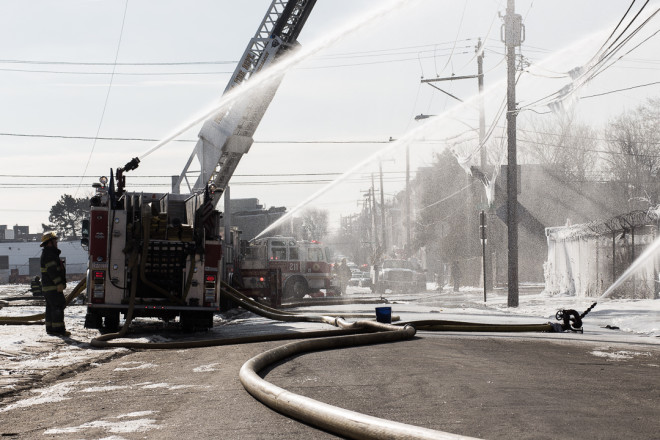 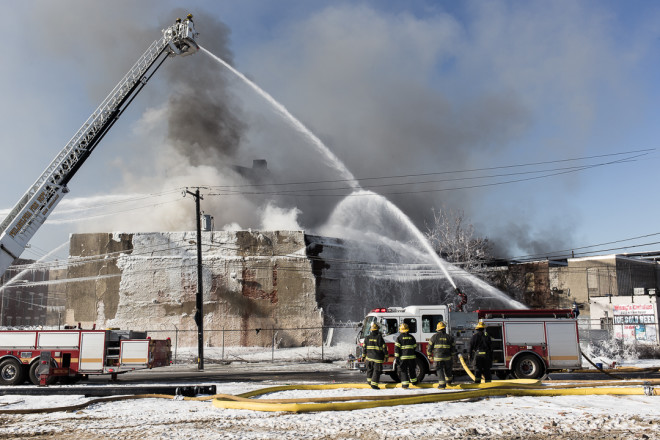 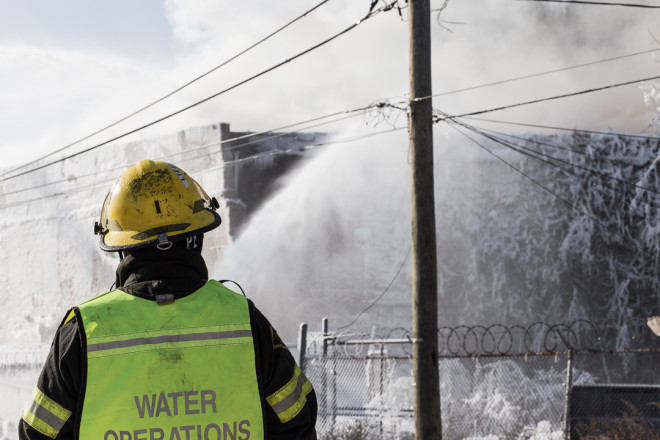 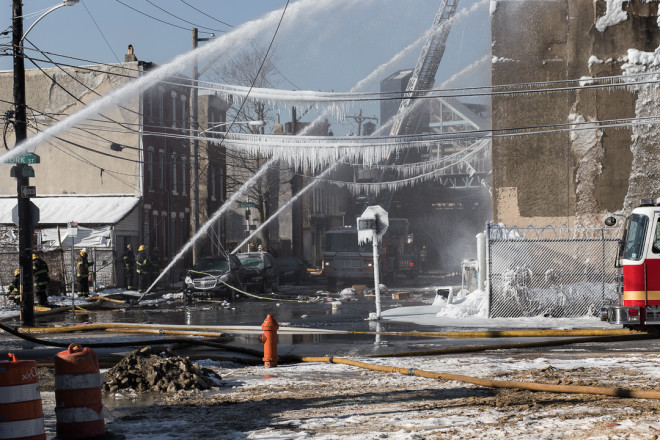 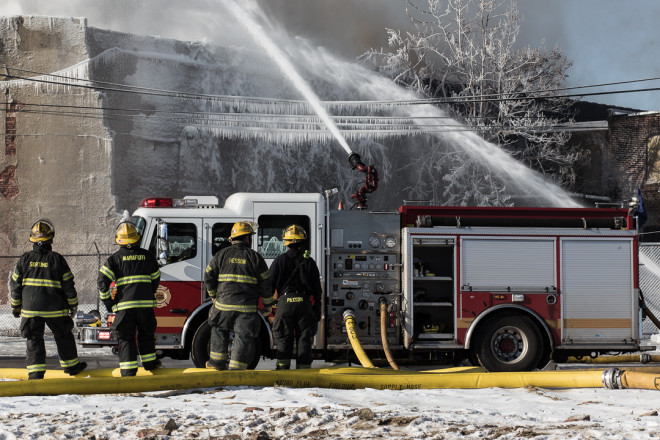 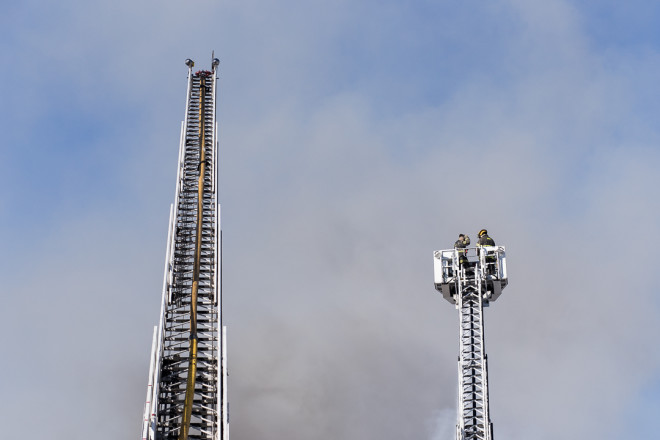