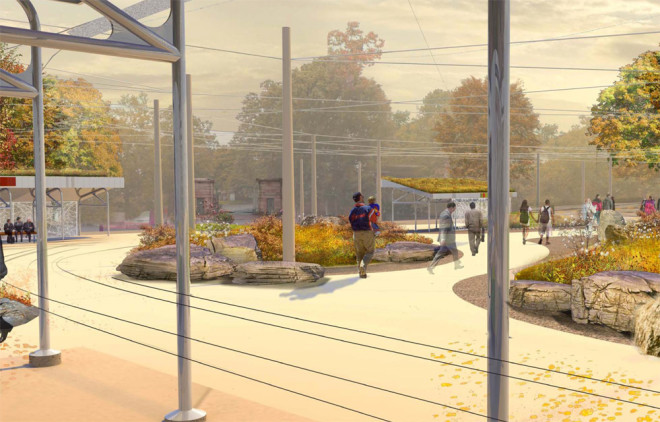 Surrounded by some of the best Victorian-era residential blocks in Philadelphia, the ever-booming hub of Penn and its Medical Center, and the ornate gates of Woodlands Cemetery, a barren but crucial utilitarian landscape has long sewn University City and West and Southwest Philadelphia together. But the barrenness of SEPTA’s 40th Street trolley portal, where four green line subway-surface trolleys serve nearly 4,000 riders a day, will soon dissipate into a greener, cleaner, more inviting space. This year, though specific date uncertain, University City District will break ground on a $2.1 million overhaul that will include a new cafe and public gathering space with a reconfigured trolley platform.

SEPTA service at the portal, where routes 11, 13, 34, and 36 trolleys go in and out of the subway tunnel to Center City, will only be interrupted when work takes place within the trolley right-of-way—and only when SEPTA has maintenance scheduled at that. “SEPTA and University City District are coordinating the work to take place when SEPTA has already scheduled maintenance outages along the trolley lines, such as during the summer Trolley Tunnel Blitz and some weekends,” says Heather Redfern, SEPTA’s public information manager. “During those outages, trolleys do not operate in the tunnel and through the portal.” 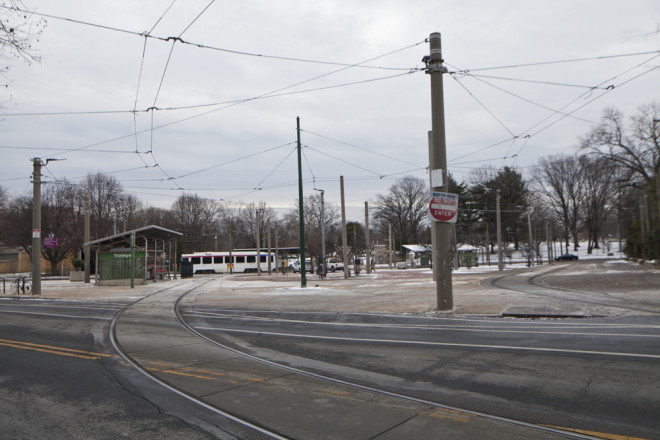 The desire to renovate the Portal came from neighborhood residents, says Prema Gupta, UCD’s director of planning and economic development. It’s a concept that has been discussed for nearly decade, but began to gain traction in the last four years or so. Gupta says the new portal, designed by the landscape architecture firm Andropogon, will have a “meadowy-type feeling” when it’s done.

“You’ve got Penn here, you’ve got a fantastic residential neighborhood on this end, but this is sort of where the neighborhood falls off in a lot of people’s minds,” says Gupta. “The idea of creating something that would tie all these things together was really exciting for us.” The original plan for revamping the portal was to have been executed in two phases: the first to build a café and plaza on the Baltimore Avenue side, and the second to replace the concrete platform between the tracks and trolley stops (the “apron”) with planters and pedestrian-guiding pathways. But talks with public agencies, including SEPTA, and fundraising went well enough that Gupta envisions completing the entire project in a year. At that time, the cafe will open. 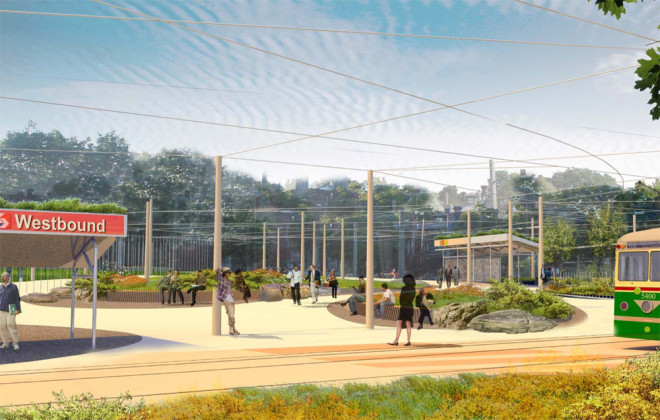 UCD’s plans are similar in a sense to two other pedestrian plazas that neighborhood organizations backed, Baltimore Crossing at 48th and Baltimore and Woodland Green at 42nd and Woodland. But Andrew Stober, chief of staff for Deputy Mayor of Transportation and Utilities Rina Cutler, likens the trolley portal revamp more to the renovations of Dilworth Plaza or the also-UCD-championed Porch at the 30th Street Station.

“This is about taking an existing, unutilized plaza and reinvigorating it,” says Stober. “How do we think of transit hubs as places that are more than just places to get on and off of transit?”

Byron Comati, SEPTA director of strategic planning, agrees with Stober, but is quick to point out that both Dilworth Plaza and the porch at 30th Street didn’t have to accommodate open, surface-level rail, something that’s made the 40th Street project tricky. But even with a design aimed to turn the transit portal into a welcoming space meant to lure pedestrians, construction won’t touch the tracks. That has mostly to do with general trolley performance and maintenance, but it also factors in the portal’s safety record: it’s said to have never had a single fatality. “Not that any of us here at SEPTA can remember,” says Comati. “We have trolleys that travel at reasonably slow speeds. [But] SEPTA can still have an incident where if something is not a fatality, it’s still a concern, and we’re very mindful of that.” The portal’s daily ridership is 3,800, according to SEPTA, with 1,416 trolley trips per day. 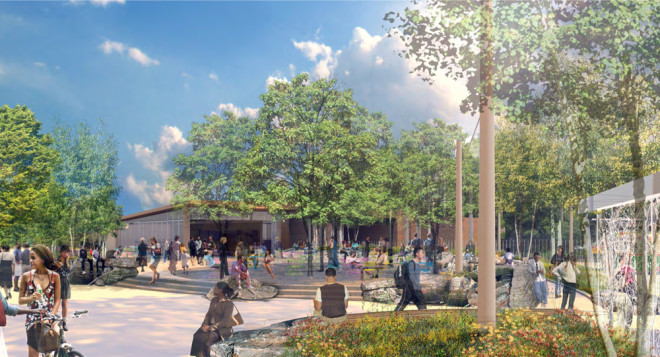 The project was awarded $200,000 in City capital budget funds, $800,000 from PennDOT’s Multimodal Fund, $60,000 from the state Department of Conservation and Natural Resources along with $300,000 from the William Penn Foundation among about $560,000 in additional philanthropic and private sources. UCD has raised $19,000 from community members who have purchased pavers and plaques to cover additional costs. That fundraising initiative continues. 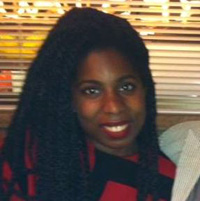 Cassie Owens Cassie Owens is a native Philadelphian (Soul group of choice? Stylistics. Cheesesteak of choice? Max's) who has written for Next City, Philadelphia City Paper, the Jewish Daily Forward and other publications. You can catch her on Twitter at @cassieowens.